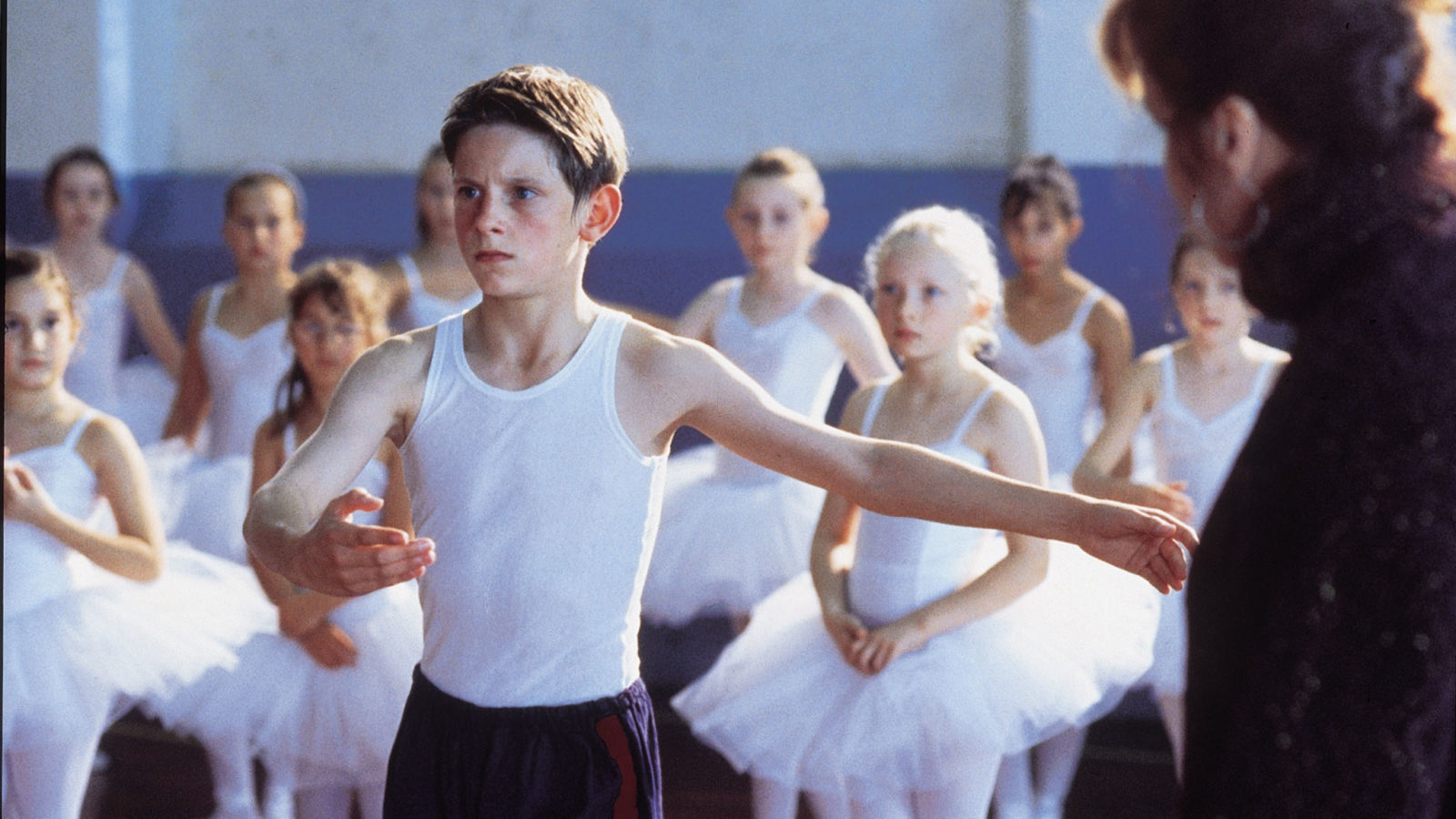 Warning: what follows is very much a minority opinion of the ever-popular Britflick that spawned a hit stage musical but had this shameful reviewer sniggering inappropriately.

It’s 1984 in a grim-oop-north pit village, with the miners’ strike in full swing, when 11-year-old Billy Elliot (Jamie Bell) decides for no apparent reason that he wants to be a ballet dancer. Macho widowed dad (Gary Lewis), senile old granny, and Billy’s cop-baiting lefty older brother Tony (Jamie Draven) all think he’s trotting off to manly boxing classes while they struggle to make ends meet. But in fact he’s the one boy in a class of pre-teen ballerinas overseen by Mrs Wilkinson (chain-smoking Julie Walters, doing her usual routine). Undeterred even by the class pianist, who ventures the unreconstructed opinion that “You look a right wanker to me, son,” Billy devotes himself single-mindedly to his craft, skipping about the streets like, well, a right wanker, while Thatcher’s stormtroopers crush the miners’ revolt. But he can’t keep that secret forever, especially when he wins the chance of a place at London’s prestigious Royal Ballet school.

Were it not entirely po-faced, you’d suspect Billy Elliot of being one of those clever Comic Strip spoofs. Alas, we’re meant to take this sentimental and unconvincing bollocks seriously. Former Royal Court Theatre director Stephen Daldry loses no opportunity to pile on the heavy-handed symbolism, juxtaposing picket line violence with ballet class hoofing, having dad smash up a piano for winter fuel, and getting Billy to rehearse his steps in an empty boxing ring, as if we hadn’t already got the message about the subversive nature of his rebellion in an atmosphere of impotent male rage. But if he pushes it by landing Billy with a secretly cross-dressing gay best mate, it’s the schematic plotting that really insults the intelligence. You just know from the outset that dad and firebrand brother Tony are going to undergo a miraculous journey of PC enlightenment from dismissing Billy’s aspirations as “poofy” to proudly applauding his stage debut while sat next to the gay pal, who’s now resplendent in a rather fetching dress. Indeed, if the script had had the courage to make Billy gay, rather than continually underlining the fact that he isn’t, we might have been looking at an interesting film rather than a bet-hedging middlebrow fantasy.

It’s back on screen in the Showcase chain’s Flashback strand.