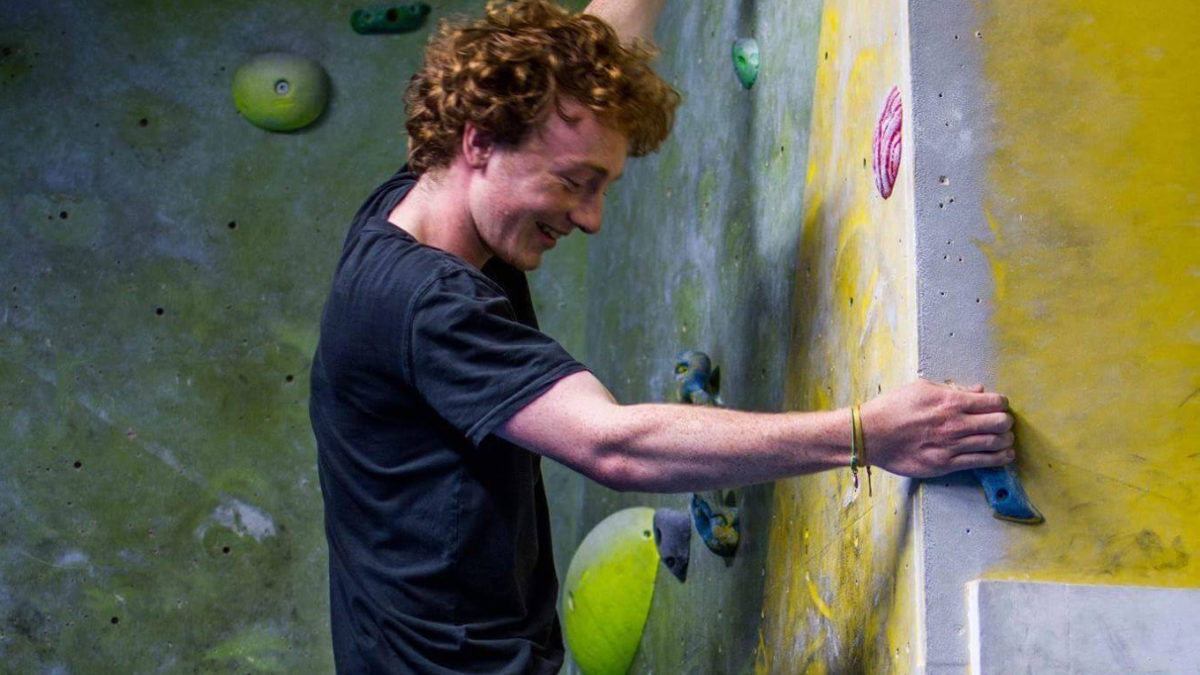 Finding a sport he loved helped amputee Tom Stabbins regain the confidence he had lost and go on to thrive. Now, just one year on, he is working to inspire other young people and prove that disability does not have to be a barrier.

It was in 2016 that the 21-year-old from Filton attended Bristol Inclusive Climbing (BIC) Festival, an annual two-day event hosted at The Climbing Academy in Barton Hill and Redpoint Climbing Centre in Bedminster.

Tom started to climb regularly, and in this year’s event, which took place in August, he went along as an ambassador to encourage others like himself.

The festival, which is supported by the charity Access Sport, aims to make it easier for young people with disabilities to get involved in climbing. 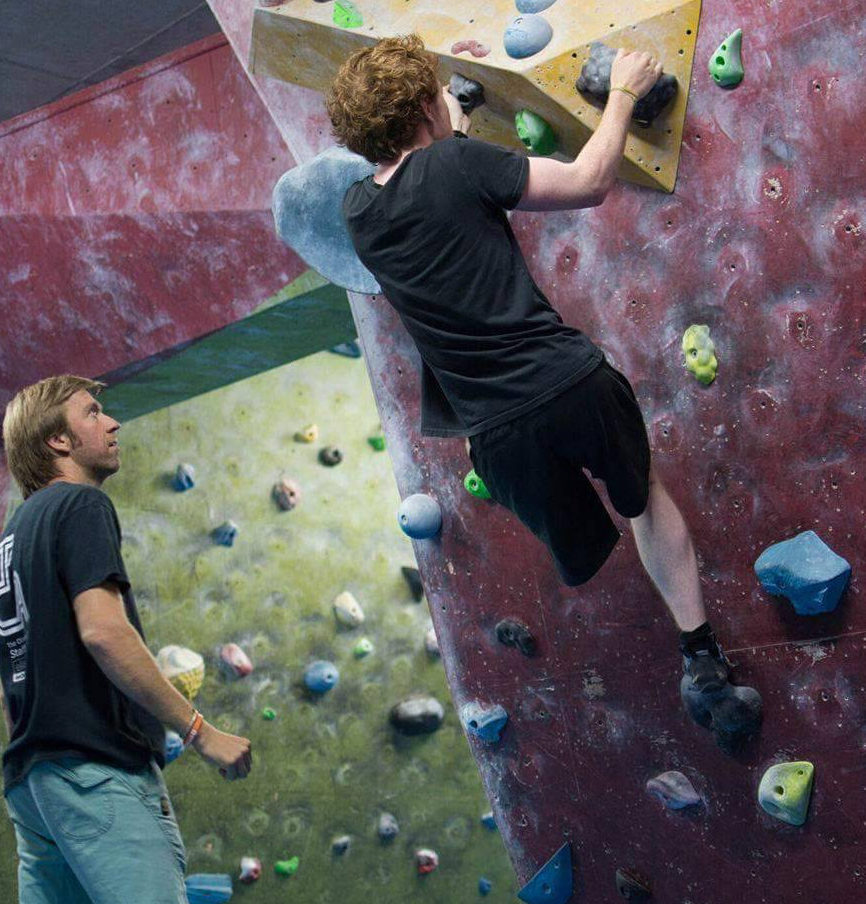 Tom, pictured right, said as soon as he tried climbing he knew that he had “found his thing”

Tom lost his left leg in March 2009, at the age of 13. He went into hospital with a suspected broken leg and a large grey area showed up on the scan. 10 weeks later, he was diagnosed with bone cancer, and, after a bone-replacement operation, was forced to have it removed.

“It was shocking, but when you are a kid you probably don’t give things too much thought. You are quite resilient. Everyone was very supportive,” Tom says.

Tom spent a lengthy time in hospital and it wasn’t until leaving the house without an artificial limb that he felt self-conscious. Despite this, he bounced back and led a relatively happy childhood.

Tom always climbed trees as a kid and this was something he continued to do after losing his leg. “I loved it, the buzz, being outdoors, climbing higher and higher, but I never really contemplated that you could kind of do this as a proper sport,” he says. 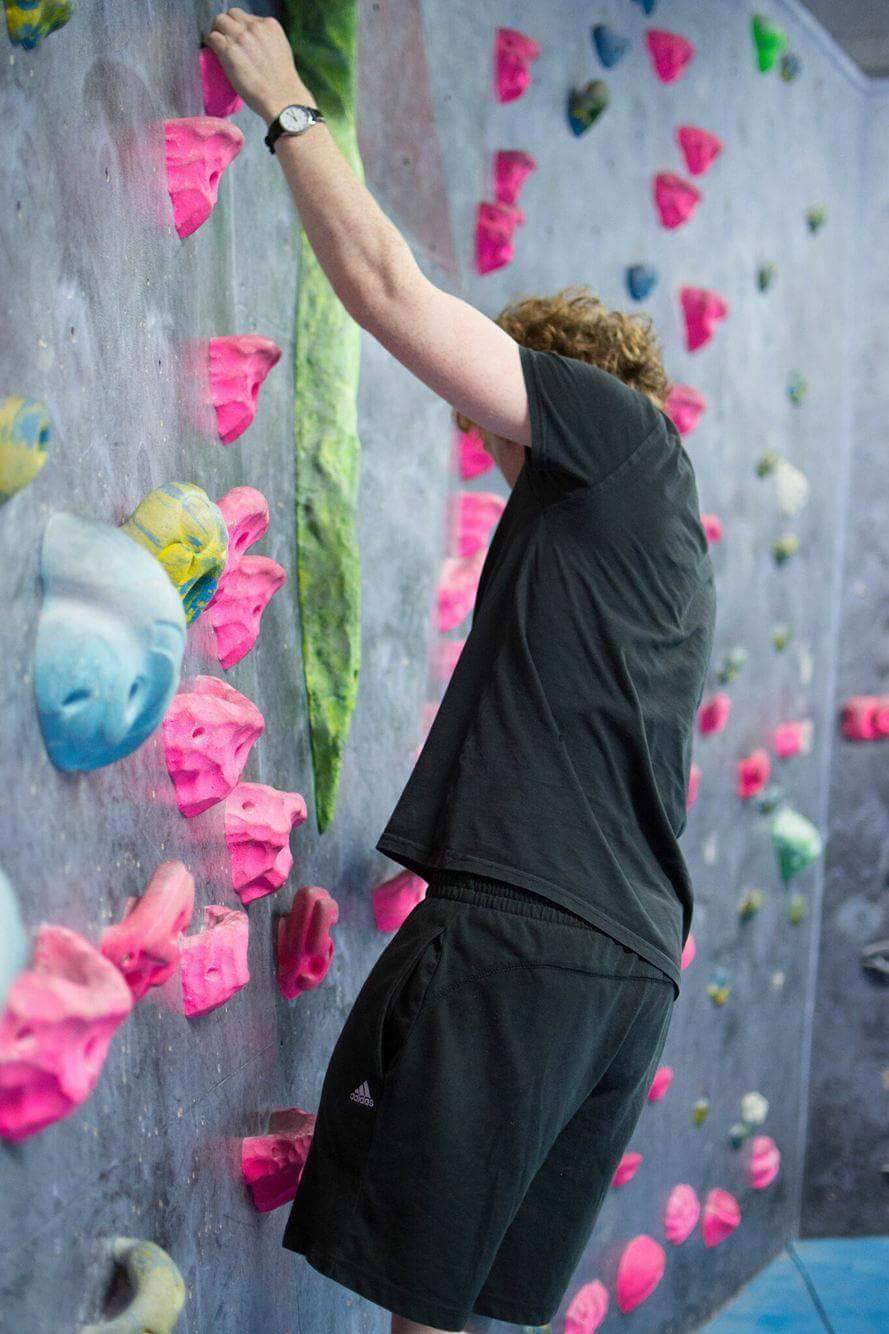 In his late teens, Tom, began to struggle and developed mental health issues. He was suffering from anxiety and didn’t leave the house much. He began to feel quite isolated from the world.

But, he was persuaded by a friend to take up wheelchair basketball, run by Access Sport, which helped his confidence. It was a member of staff there who encouraged him to attend the BIC Festival.

The impact was immediate. “I found my thing,” says Tom. “Straight away I knew. It just clicked and felt right. It was the sport I had been looking for all my life.

“I had always climbed stuff, but it was more than that. It was the atmosphere, the people. I guess it felt inclusive – I wasn’t made to feel different. I didn’t feel I had to train with disabled athletes – I could train with able-bodied if I wanted. It was all mixed in, which hugely helped my confidence.”

Tom has trained two or three times a week since going to the festival, and feels he is getting stronger and better.

“The social side of the sport has helped me overcome a lot of social fears and anxieties. Whilst it’s on one level an individual sport, it’s also very social. I have met cool, like-minded people and there is always time for a coffee and chat afterwards,” he says.

As well as the festival helping him, Tom also played a key role at this year’s event, supporting young people with disabilities, many of whom were trying climbing for the first time.

He is due to speak about his sporting journey at the annual ‘A Question of Access Sport’ in London, attended by various sporting dignitaries and athletes. “Tom has been a great example of how sport can transform lives,” says Jules Williams, senior programme leader of Access Sport Bristol. “He now sits on our youth panel. He has such a positive outlook on life which is totally infectious the moment you meet him.”

The next step for Tom is volunteering. He is keen to help others like himself and is being put forward for his Climbing Academy climbing qualification and is setting up Bristol’s first amputee climbing course.

“I am passionate about creating opportunities for younger people like me,” he adds. “I want to open doors for them that I wish I had had when I was younger.”

Bristol has been awarded the prestigious title of European City of Sport 2017. Join in the celebrations at www.bristolcityofsport17.co.uk