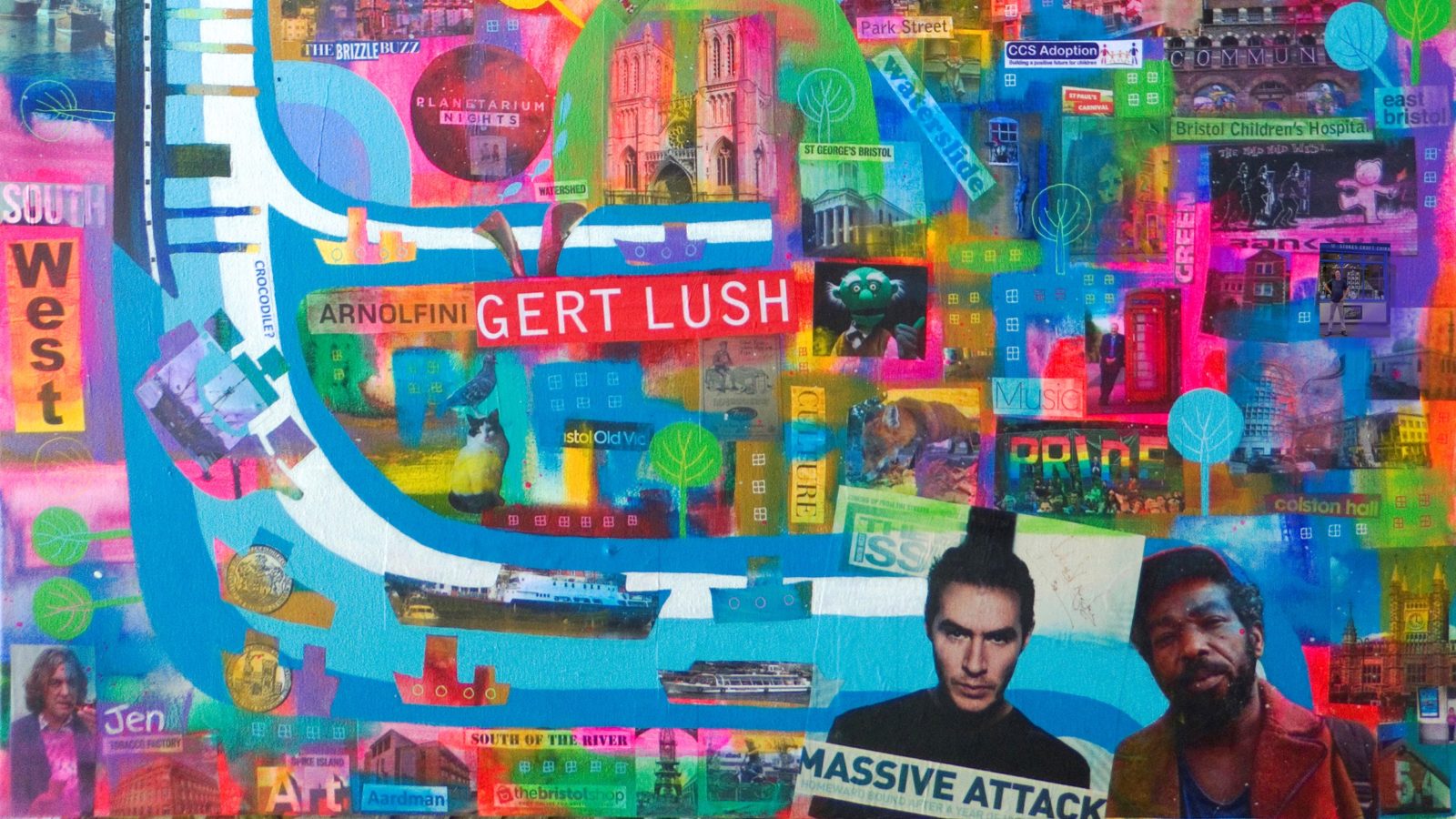 I’m starting to feel a bit like the ghost of politics past.

I was invited to rattle my chains recently at an event hosted by Ashley Labour Party, which was billed as a debate about the mayoral referendum but eventually turned into what felt like a “scrap the mayor” rally.

For the record, I’m not for or against the mayoral office, despite having been on the receiving end of the current mayor’s displeasure for daring to challenge his leadership style.

My only vested interest in this vital debate is an aspiration to see the best and most effective local governance for the city I love.

I really enjoyed the meeting. Politics at this local level is raw, fascinating and compelling. But it was also disconcerting.

The bitter, foggy January night was like a pan which had filtered the participants down to the solid gold of Bristolians who really care about where they live.

I guess I was asked to bring some experience and objectivity to the debate. I was the editor of the Bristol Post when the first mayoral referendum took place a decade ago. I campaigned for a yes vote in that referendum because I thought it was the right thing for Bristol.

As I’ve written before, Bristol then was in political freefall.

Years of minority administrations were stunting the city’s potential because cross-party consensus was pretty much impossible. And running the city became mired in political in-fighting.

As a consequence, Bristol lost credibility nationally. More importantly, we lost out in funding battles to other city regions which were much better at appearing to be joined up.

And those who voted in the referendum agreed. They voted to change the system.

But, looking back, I think what really inspired that change was less what people wanted and more what they didn’t want. They didn’t want to continue with the then council committee/leader system.

And I’m concerned that history is repeating itself. Because, once again, this debate seems to be inspired by what people don’t want. This time, they don’t want the mayoral office.

It seems that everyone is really good at knowing what they don’t want – and that appears to be more important than the detail of what they’ll get by changing the system.

Which feels to me like the wrong way to achieve the most effective governance for Bristol. 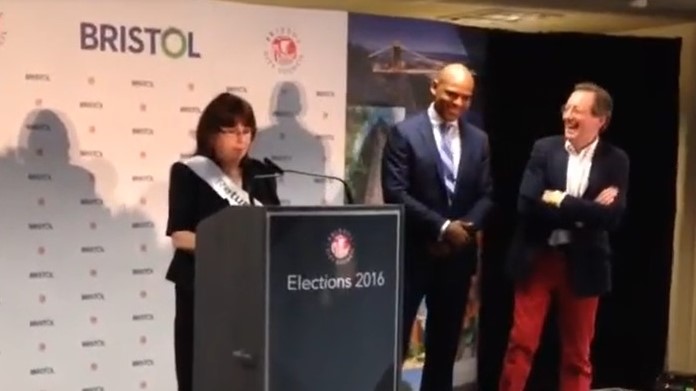 There’s a great American saying: it’s much easier to burn down a barn than it is to build one.

We can’t keep setting light to our city governance before we’ve ensured that what will replace it is right for the city.

Nor should we make a change and hope for the best. Because I’m looking at the numbers and they don’t look good. There are 70 city councillors. Any party needs 36 seats for a majority. Currently, there are 24 Greens, 24 Labour, 14 Tories, six Lib Dems and two Knowle First.

So if the system changed, there would be no overall control. Interestingly, in 2011, the makeup of seats was 33 Lib Dems, 21 Labour, 14 Tories and two Green.

In other words, if Bristolians voted to scrap the mayor, they could return the city to a political state which would be less stable than the one they voted to change a decade ago.

What disconcerted me about the meeting was that this possibility, the outlandish idea that political parties might not agree, was pretty much dismissed. Those speaking alongside me included former mayor George Ferguson, veteran councillor Gary Hopkins and Green councillor Guy Poultney.

All argued that the best solution for Bristol’s governance was to scrap the mayoral office and to return the council to the lush green uplands of a committee/council leader system.

But I chaired debates a decade ago at which the same George Ferguson vehemently decried the system he is now promoting. And the golden age of cross-party consensus fondly recalled by Gary Hopkins was head-scratchingly unfamiliar.

This is the same Gary Hopkins who recently split from the Lib-Dems, a party he led locally, to form a new political party. How’s that for consensus?

Before I start to sound like I’m arguing to keep the mayor’s office, I need to make a confession.

Years of covering politics have made me over-cynical about politicians and active members of political parties. Particularly those who put party before city.

But many of the people at this meeting upset that world view. They were politicians and party members whose first loyalty was to their neighbours and neighbourhoods. I spoke to Labour Party members who were so disillusioned that they were prepared to vote a Labour mayor out of office.

And that was equally disconcerting. The party members and councillors present clearly felt disenfranchised by the mayoral office. Not as politicians, but as representatives of local people. Remember, some were Labour members complaining about a Labour mayor.

More unsettling was the sense of how the growth of the mayor’s office and the processes which have been built around it appear to have separated the city’s leader from the councillors who have been democratically elected to represent his citizens.

Councillors have a democratic mandate to have a say in the running of the city. Clearly, many don’t feel like they have one. Including members of the ruling party.

I’m sure the mayor’s office would argue that it has its own ways of engaging with grass-roots voters. But the system it is part of has prescribed a way to do so – through councillors. And too many of them feel that they aren’t being listened to.

I think we should all be concerned about any structure of city governance which appears to disconnect a leader from the people elected by its citizens to represent them.

And when one of Bristol’s only two elected mayors starts arguing to scrap the office then we should take notice.

Listen to a mayoral referendum debate in episode 32 of the Bristol24/7 Behind the Headlines podcast:

So there we have it. We’ve arrived at a political rock and a hard place and the inconvenient truth that neither system of governance on offer seems to be right for Bristol.

That conversation has been made even more important because we now have a metro mayor – our Andy Burnham, Dan Norris – whose wider layer of government via the West of England Combined Authority has been grafted onto Bristol’s since 2017.

I think it’s dangerously parochial to talk about the future of Bristol’s governance as if the city were a political island, immune to what happens around it.

Bristol is the engine of Greater Bristol – a city region which could be so much more powerful if it was politically aligned.

Dan Norris is the local politician with the real power. He’s the one with the ear of central government. He’s the one through whom most of the region’s funding is routed.

So if Bristol does change its system of governance, rather than swing back to a system that didn’t work, it should demand a new structure which recognises and harnesses the power of the wider political region and Bristol’s place at the centre of it – while retaining a meaningful connection to its neighbourhoods.

Of course, I have no idea how to achieve that. But if we continue to concentrate on what we don’t want, without properly planning for what we replace it with, we’ll be right back here in a decade’s time. And it won’t be a good decade for Bristol.

Main image: This is our Bristol by Jenny Urquhart

Read more: ‘The toppling of Colston has taken the spirit of Bristol around the world’