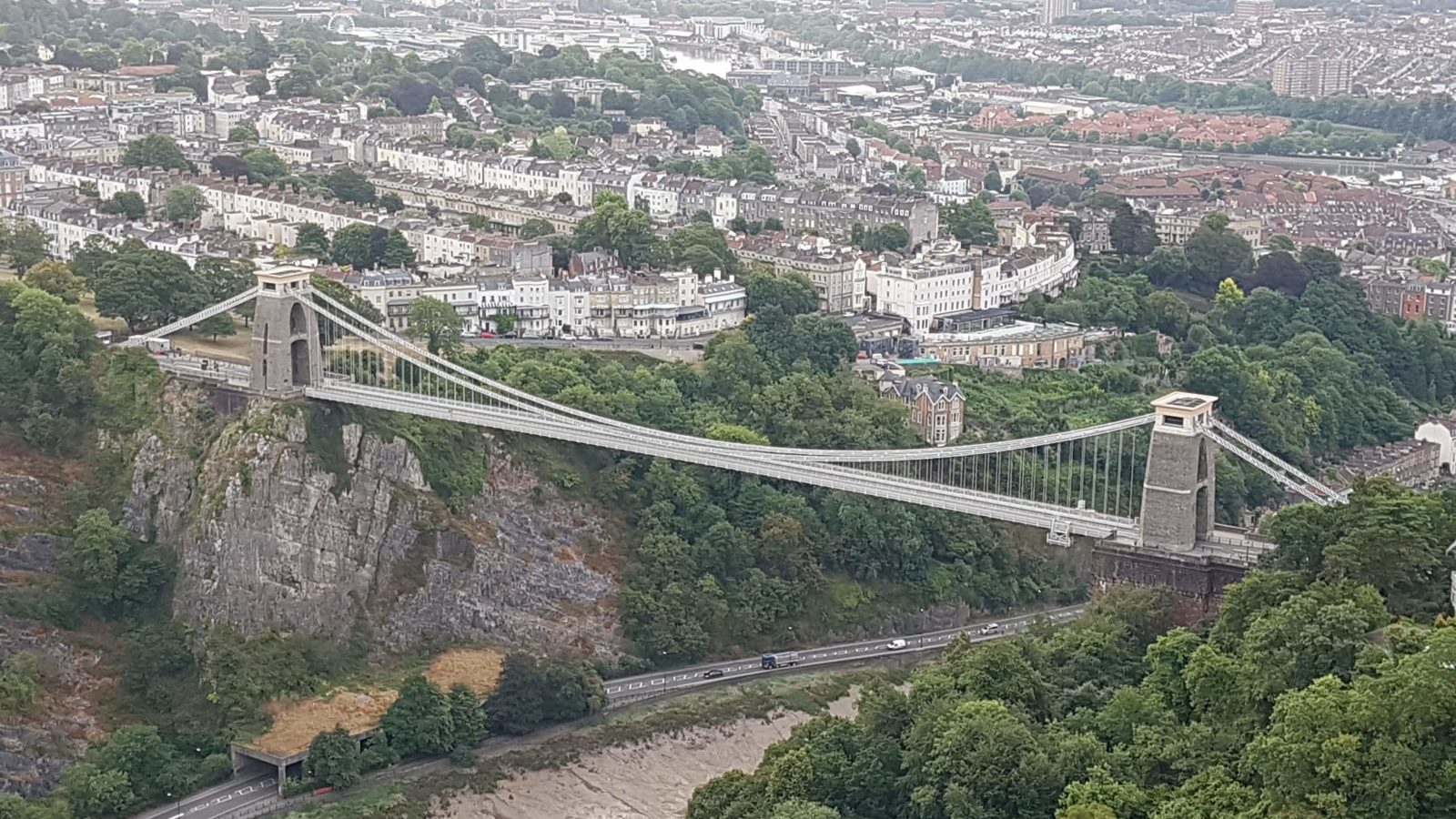 Work to strengthen the cliffs under the eastern tower of the Clifton Suspension Bridge is expected to take place this autumn.

Contractors will insert rock bolts and fill in cracks in the rock face beneath the Clifton tower, according to a recent report to the Downs Committee.

The works, which are still in the planning stages, are expected to take about 12 weeks and to cause “minimal disruption” for the public.

The bridge was also closed on Tuesday 13 and Wednesday 14 between 9.30am and 3.30pm due to maintenance work being carried out.

Please note that the bridge will be CLOSED tomorrow and Wednesday between 9.30am – 3.30pm due to maintenance work being carried out. We are sorry for any inconvenience and thank you for your support. #bridgemaintenance pic.twitter.com/AXHEVZenE7

The not-for-profit charity which looks after the bridge commissioned an assessment of the stability of the Clifton abutment foundation more than three years ago.

Consultants Geo-Design found that the Clifton abutment was “de-stressed and weak” and required “vital” maintenance works to prevent further deterioration in 2017.

The Clifton Suspension Bridge Trust has since decided to proceed with the recommendations and has been working with Geo-Design and consultants COWI on the project, according to a report from COWI to the Downs Committee last month.

The proposed works include the insertion of 23 rock bolts up to five metres long into the south west slope of the rock face under the Clifton tower. 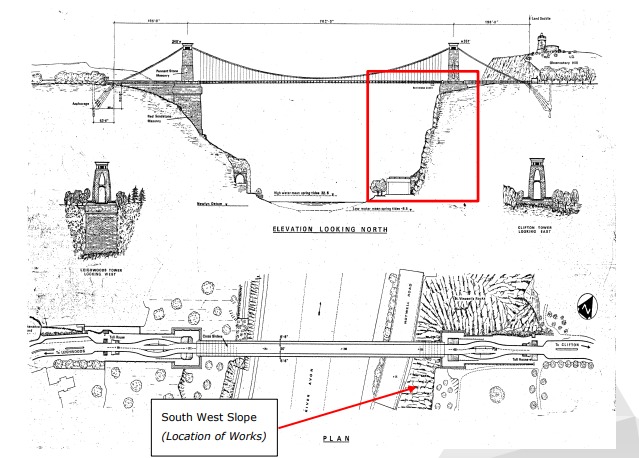 The works would affect the south west slope of the steep cliff under the Clifton end of the Suspension Bridge. Source COWI UK Ltd Downs Committee Bristol City Council

Naturally occurring gaps and voids in the cliff face would be filled with grout to reduce further erosion by reducing water infiltration and preventing plant growth, according to the report.

“Initial discussions with contractors indicate the works are likely to last approximately 12 weeks and will be undertaken in Autumn 2020 subject to securing consents and tendering the works,” the report states.

“Disruption to bridge users and local residents will be minimal, with the carriageway and both footways open to the public at all times.

“The majority of works will be below the level of the bridge deck and will take place during normal working hours.”

Natural England must consent to the works before they can take place because the Avon Gorge is a designated Site of Special Scientific Interest.