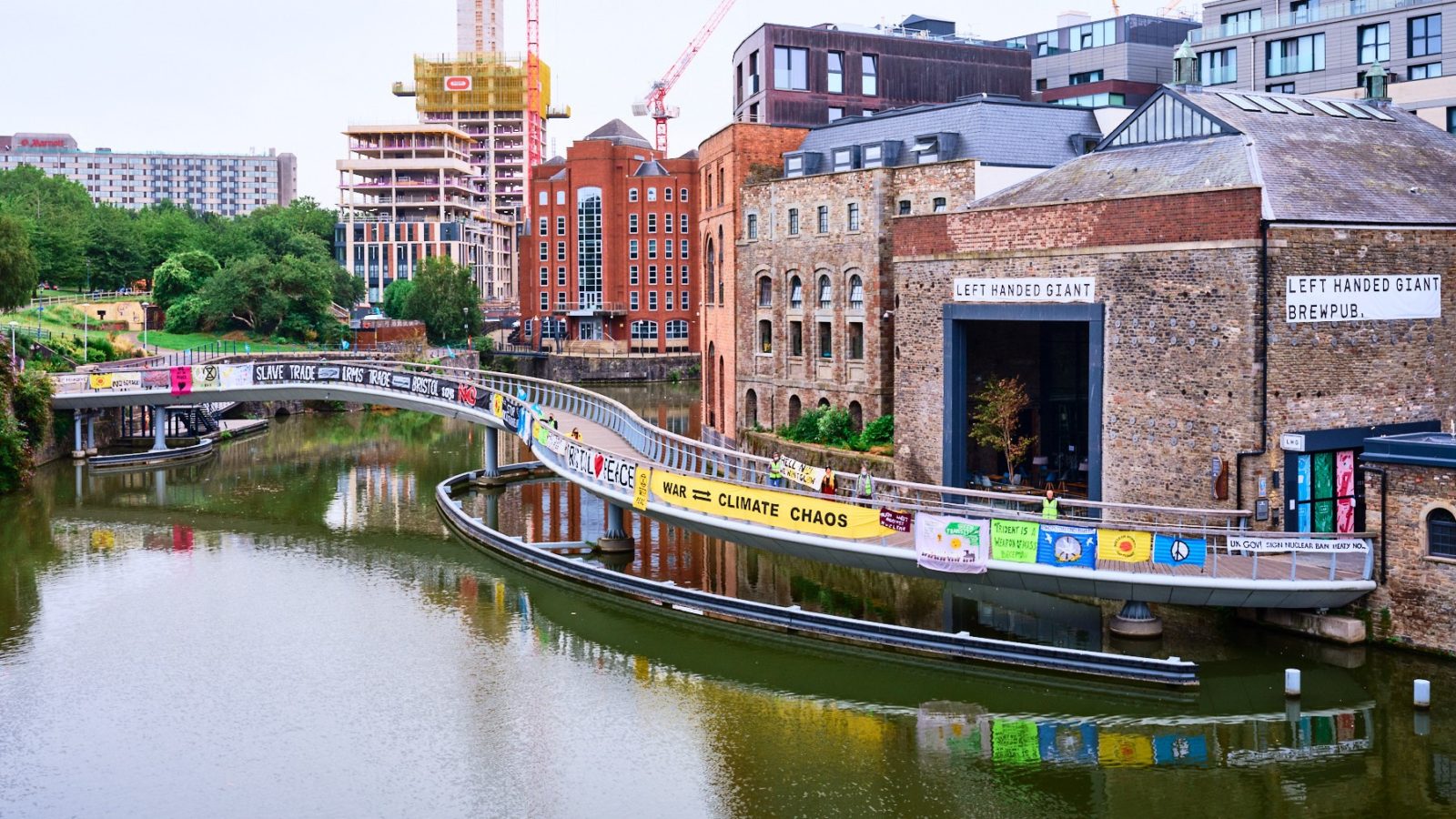 A range of anti-nuclear, anti-arms-industry, anti-militarism, environmental and peace banners were arranged along Castle Bridge in what campaigners claim was Bristol’s longest ever banner drop.

The adornments were unfurled on Thursday along the 91-metre-long Castle Bridge to mark 75 years since the first atomic bomb was dropped on Hiroshima.

Events began with a “die-in” in Castle Park at 8.15am on the exact anniversary of the dropping of the bomb that largely destroyed the Japanese city, killing around 140,000 people.

A four-day peace gathering ending on the anniversary of the bombing of Nagasaki on Sunday will be focused around the CND Peace tree in Castle Park and will include workshops, discussions and a pop up cinema.

The events will conclude on Sunday with a march from Castle Park to City Hall with a giant white peace dove signed by visitors to the gathering. 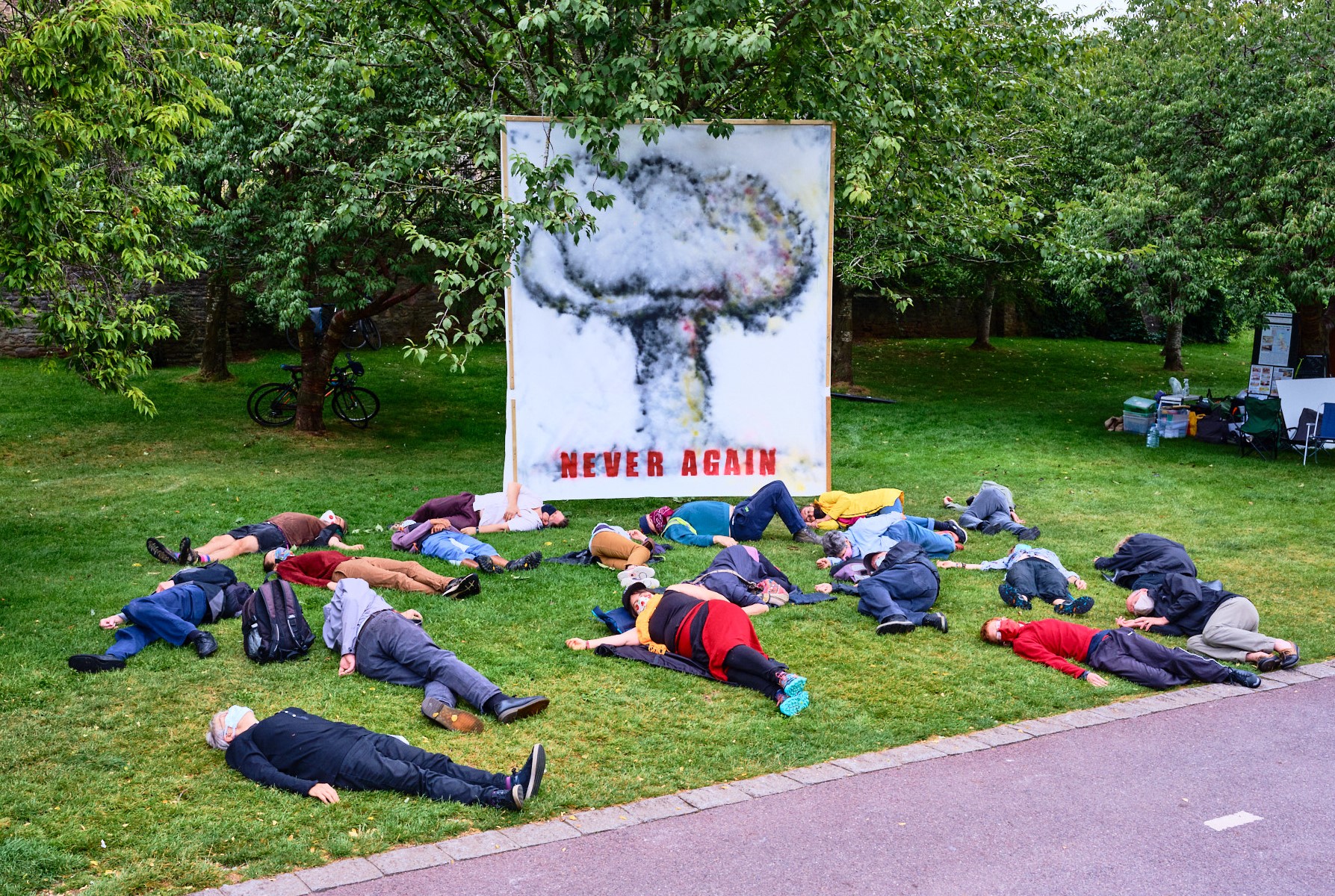 Commemorating the Hiroshima bombing with a die-in at Castle Park – photo by Simon Holliday / simonholliday.com

Dr Rowland Dye, a former nuclear scientist and member of the group Trident Ploughshares, will be fasting and is coordinating the remembrance events in Bristol.

He said: “We rightly mourn the hundreds of thousands of ordinary citizens killed so horrifically by the atomic bombings of Hiroshima and Nagasaki in 1945.

“And our government is spending hundreds of billions of our money to upgrade Trident at a time when there’s far more pressing health and social needs. This is both immoral as well as insane.”

Bristol-CND chair, Hannah Tweddell, added: “75 years on we remember those killed by the atomic bombings of Hiroshima and Nagasaki, the hibakush, survivors, who continue to suffer the effects of the bombing as well as those impacted by nuclear testing.

“We call on Marvin Rees and Bristol councillors to join other cities in the UK and abroad to sign up to the Nuclear Ban Communities initiative.”