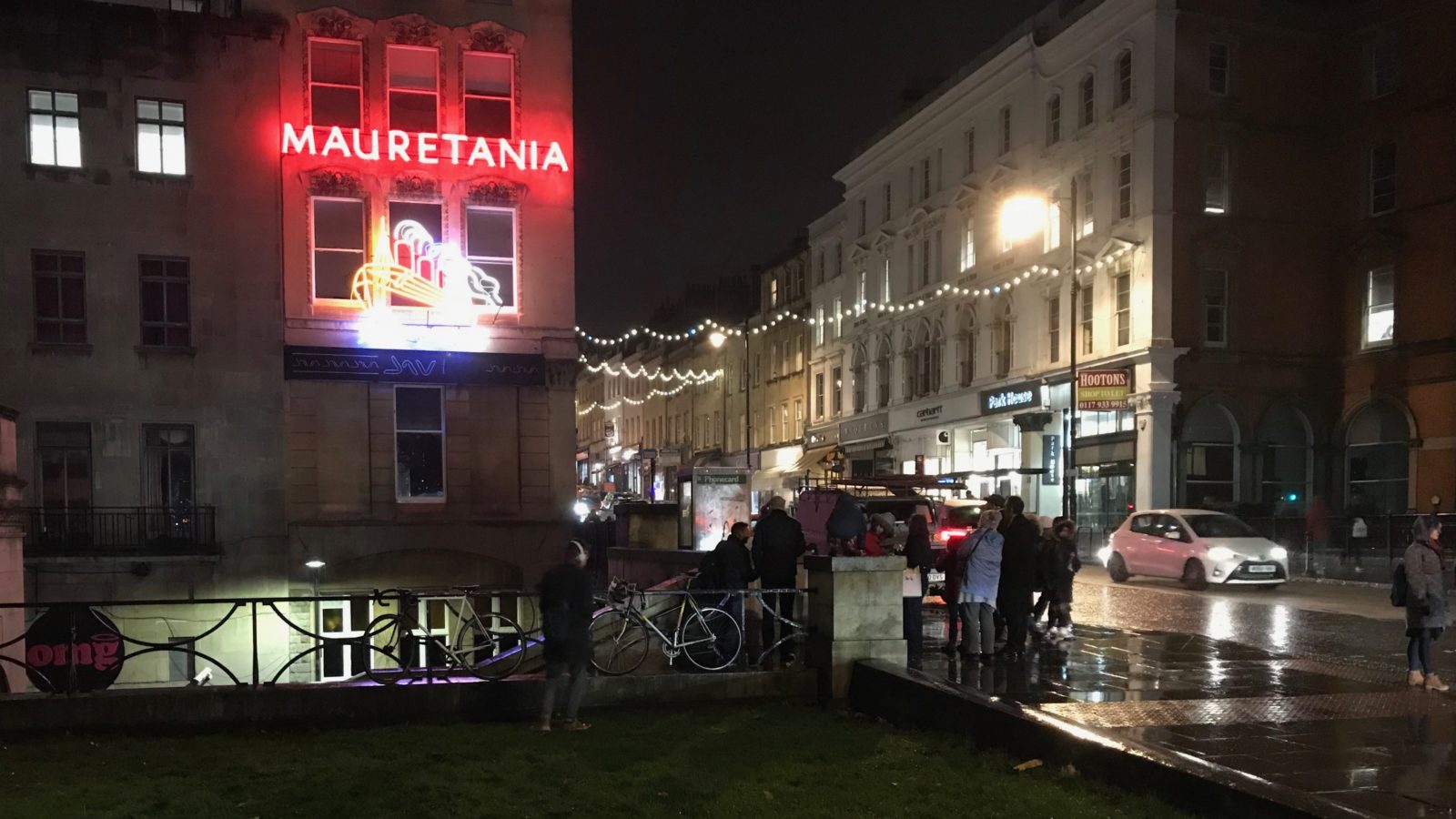 When it was installed in 1938, it became the first external moving neon sign in Bristol.

Soon before 5.30pm on Thursday, after a decade of darkness, the Mauretania sign at the foot of Park Street was turned back on thanks to the hard work of several local businesses.

The sign now complements the Christmas lights stretching up Park Street towards the Will Memorial Building.

The ground floor of the building, most recently used as a club, contains an opulent wood-panelled room with fixtures and fittings taken from the luxury transatlantic liner the Mauretania, in service with Cunard from 1907 to 1934.

The bar was installed when the building was owned by Bristol wine merchants Averys, and remains paneled with mahogany which came from the ship’s first class lounge. 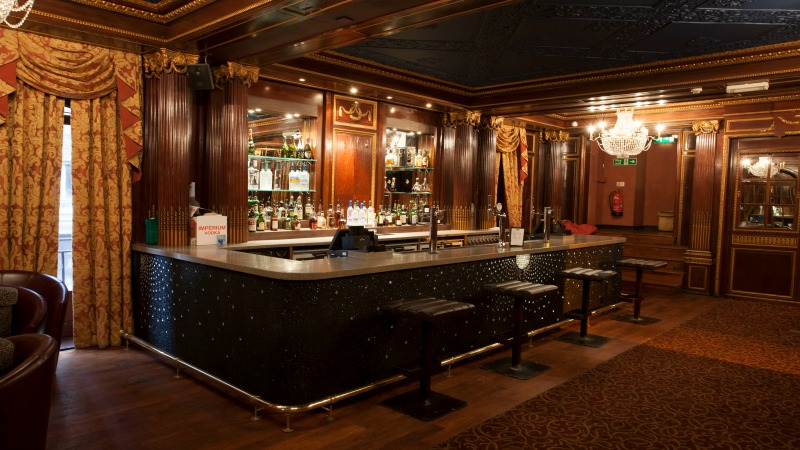 The opulent Mauretania bar has remained unused for several years, most recently being used as the VIP area of Java nightclub

Principality Holdings, which owns the building, funded the refurbishment of the neon sign along with design agency Oakwood Media Group whose offices are on the upper floors and OMG whose club is on the lower floor with its entrance on Frogmore Street.

Averys, who owned the site for many years, and Kit Breach, whose grandfather Andrew bought the building in 1982, also contributed to the refurbishment project.

“I am in awe of the skill and commitment of the guys who have worked so hard to get it lit for the enjoyment of our fellow Bristol citizens this Christmas,” Breach told the Bristol Post.

“I am grateful for the support with the funding from Oakwood Media and OMG, and for the fun and experience of reawakening this landmark that I looked up to as a child, hoping each time that the traffic lights would stop the car so that I could see the ‘moving’ ship and the glowing colours.

“It’s a dying art, but there is something wonderful about the glowing gas in these delicate tubes that LEDs just don’t have.”

Read more: Mauretania back on market