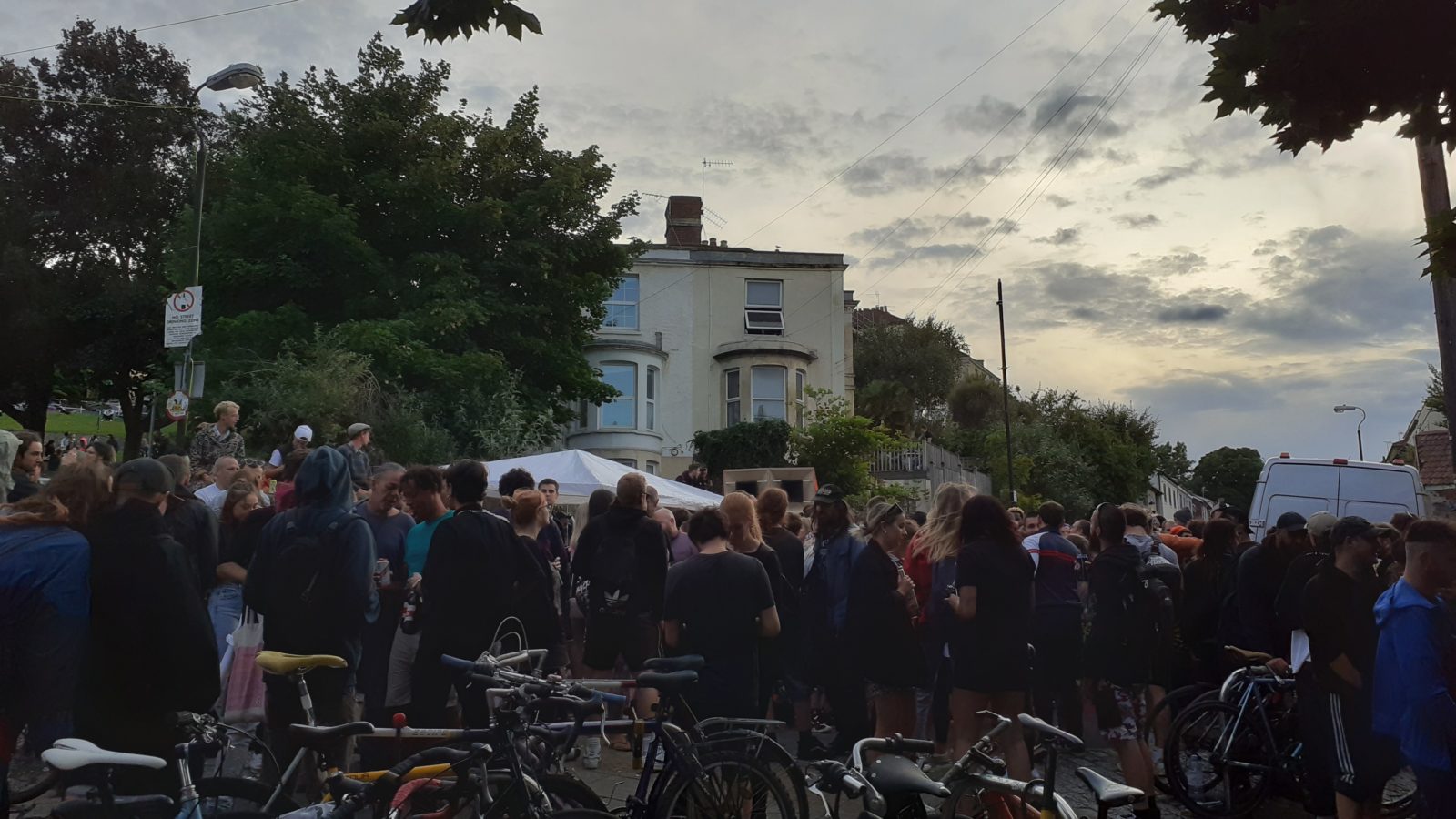 Police have apologised for not stopping a street party in Stokes Croft before it got underway on Saturday night.

A  sound system drew hundreds of revellers but has prompted criticism from others due to the UK still being in the midst of a pandemic.

One witness, speaking to Bristol24/7, said there were “no facemasks or anything” at the Summer Solstice party, which carried on into the early hours of Sunday morning near the junction of Nine Tree Hill and Sydenham Road.

In a statement, Avon and Somerset Police said: “On this occasion we did have a chance to stop the Stokes Croft event before it got under way and we missed that opportunity. We want to apologise to all the people disrupted as a result.”

One Twitter user criticised the police response: “My sister is a nurse saving lives during COVID and people are literally pissing and doing drugs on her doorstep, this has been going on ALL DAY. HOW ARE YOU ALLOWING THIS?!”

#soundsystem on #summersolstice in #bristol at the bottom of #sydenhamroad #ninetreehill #stokescroft I do love our neighbourhood. Took Jessica to hear a bit of loud dub as carnival wont happen this year…junction of multiple areas #kingsdown #cotham #montpelier #stpauls #dub #reggae #music #uksoundsystem #soundsystemculture

Katie, from Cotham, who attended the gathering, said she “wasn’t concerned about social distancing. When the politicians don’t seem to care how can I?”

She added: “I really needed a dance. I’m a single mum and happened to have the night off. Lockdown with a 4 year old has been hard and I needed to go feel the sound!

“The event was so good, amazing vibes! I think it provided a relief from the last few months for those that attended!”

Under current guidance designed to reduce the transmission of coronavirus in England, outdoor gatherings of groups of up to six people are allowed, as long as social distancing guidelines are followed by staying a minimum of two metres apart.

In their statement, Avon and Somerset police said that “wherever possible, we seek to shut down an unlicensed events as they’re being set up or as soon afterwards as we can, because once large numbers have gathered public safety risks can make them harder to shut down”.

Police said that they are “carrying out a thorough review of the weekend’s events to make sure our response to unlicensed music events and unplanned mass gatherings is better going forward”.

Read more: Fate of Lakota to be sealed over Zoom