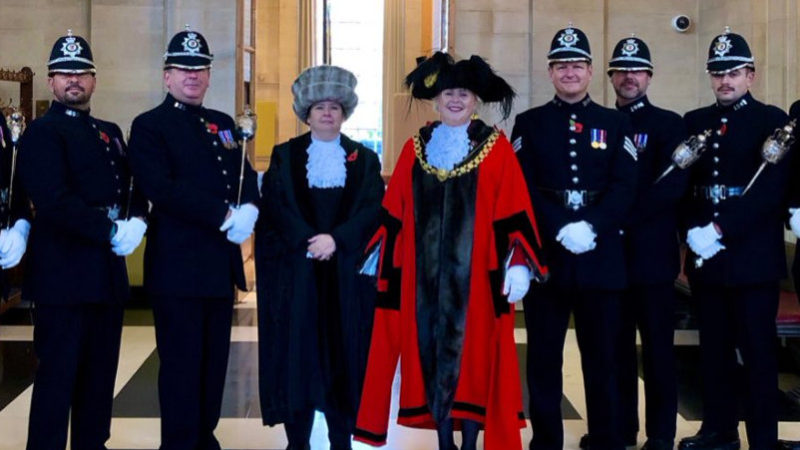 A Labour councillor has accused Bristol’s lord mayor of using the ceremonial position to benefit her own party.

Chris Jackson is calling for Jos Clark, who is in the impartial role for a year, to go before the council’s values & ethics committee, saying she broke the constitution for allowing a Lib Dem candidate to issue a public statement during the pre-election period.

A by-election will take place in Brislington East on Thursday following the death of Labour’s Mike Langley. In the weeks leading up to polling day, there are restrictions in place over the use of council space and resources in issues that might affect the outcome in the ward.

But Clark’s Lib Dem group in City Hall has hit back at the claims, accusing Labour of “desperately trying to detract from its failings” and insisting the lord mayor has acted “entirely properly” despite receiving what it says is contradictory advice.

During the full council meeting on December 17, Clark did not allow a question from Labour’s candidate for Brislington West, Rob Logan, due to its relevance to Brislington.

A public petition statement regarding a proposed link road in Brislington, presented by Andrew Varney, the Lib Dem candidate for Brislington West, was allowed to go ahead.

The Labour group claims the latter decision goes against the council’s own legal advice.

Clark herself had been a prominent campaigner, alongside Varney, on the proposed link road prior to taking on the historic role of lord mayor. 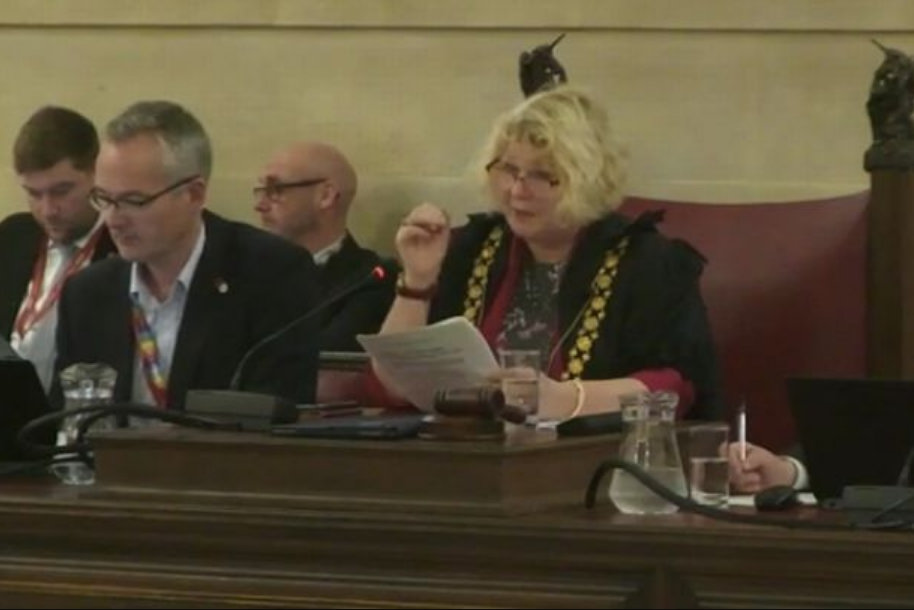 Despite the lord mayor being a largely ceremonial position, they also chair council meetings – photo courtesy of Bristol City Council

Calling for Clark to face an ethics committee over the incident, Jackson, who represents Filwood ward, said: “In seeking to use her ceremonial position to blatantly benefit her political party and her running mate, the Lib Dem lord mayor has brought a centuries-old public office into disrepute.

“The lord mayor, during a strictly regulated pre-election period, has sought to unconstitutionally meddle in Thursday’s by-election, which takes place following the sad death of our long-serving colleague and friend Mike Langley.

“The lord mayor has serious questions to answer relating to her conduct and decision-making and should make herself available to appear before a values & ethics committee at the soonest possible opportunity.”

An email sent to Jackson by the council’s monitoring/legal officer and seen by Bristol24/7, states: “This is a petition that would be perceived by the public as affecting the ward of the by-election.

Therefore, the council cannot use its resources as council meetings arranged during this time should not involve discussion of the by-election or ward.”

So today I was canvassing a voter in Brislington East on behalf of our fantastic @LibDems candidate, @taramurrayLD, when the local Labour MP came along, butted in and said our leaflet was full of lies. What a charming person. #VoteLibDem 🔶🔶🔶 pic.twitter.com/O9NtwpHgpu

Responding to the accusations from Labour, Tim Kent, a Lib Dem councillor for Hengrove & Whitchurch and group whip, said: “Labour are desperate to distract from the failed administration led by their mayor, Marvin Rees.

“On Thursday, the residents of Brislington East get a chance to pass judgement on the mayor and the Labour administration and this is what Labour fear.

“The lord mayor has acted entirely properly. She has sought legal advice from the council’s senior officers and although those officers have given slightly contradictory advice, she has done her best to ensure that the law was followed and democratic discourse allowed.

“Shame on Labour for trying to play politics with the position of lord mayor.”

Read more: Row breaks out over future of Temple Island