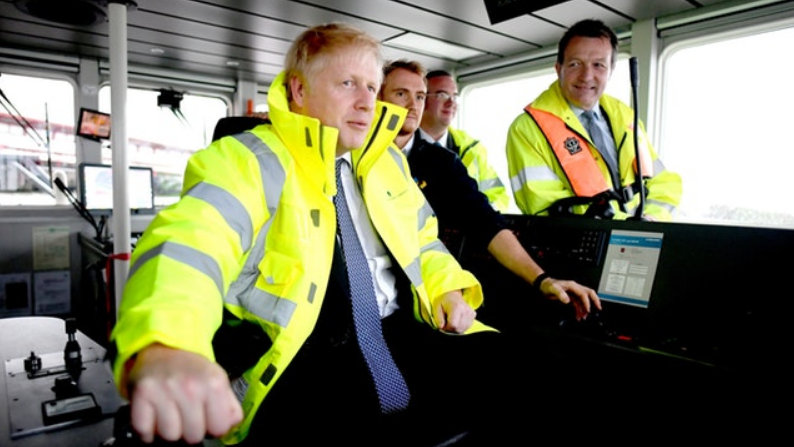 On a day in which he steered a dredger in the Royal Portbury Docks, avoided a small group of protesters in Avonmouth and appeared live on the Points West sofa, Boris Johnson failed to meet any members of the public during his visit to Bristol.

His brief appearance came on the same day that he had to cancel a visit to a bakery in Glastonbury due to a number of vocal Extinction Rebellion protesters.

Johnson was at the docks – whose owners donated £25,000 during his Conservative leadership campaign – to lend his support to Mark Weston, the Conservative candidate for Bristol North West.

The swing seat of Bristol North West is clearly a Tory target for December 12, with the Brexit Party also not fielding a candidate against the incumbent Labour MP Darren Jones.

A minibus for the gathered media took us from the Bristol Port canteen on a wet and blustery Thursday afternoon to a boat that can both tug and dredge – one million tonnes of slurry a year according to a well-briefed Tory staffer.

Weston had already appeared for the requisite photo opportunity and had now disembarked as Bristol24/7 took our allocated three minutes with the prime minister.

“I think that Mark Weston will do a fantastic job,” Johnson said, adding that he was “delighted” that Bristol has a Conservative mayor in Tim Bowles before being corrected that in fact Bowles is the West of England metro mayor and Labour’s Marvin Rees is the elected mayor of Bristol.

“He (Bowles) is doing an amazing job,” Johnson continued. “And it’s thanks to his work that Bristol is really booming at the moment.”

So how can the people of a strongly remain voting city be convinced to vote for the Conservative Party next month?

“Let me try this argument,” he told Bristol24/7. “We are all democrats, well most of us are, with the possible exception of the Liberal Democrats who just want to revoke the whole thing.

“I think that most people around this country, whether they voted leave or remain, just think it’s time to respect the result and get things done.

“Quite seriously, one of the many advantages of the Conservatives is that we do have a great deal that is ready to go.

“Let’s get it done and then look at all the positives from our country, all of the amazing things that we can achieve. And we can do them with Brexit.”

Johnson said that a free port at Avonmouth could not be achieved without Brexit. He said: “There would be massive advantages for Bristol if we did that, in manufacturing and investment here.” 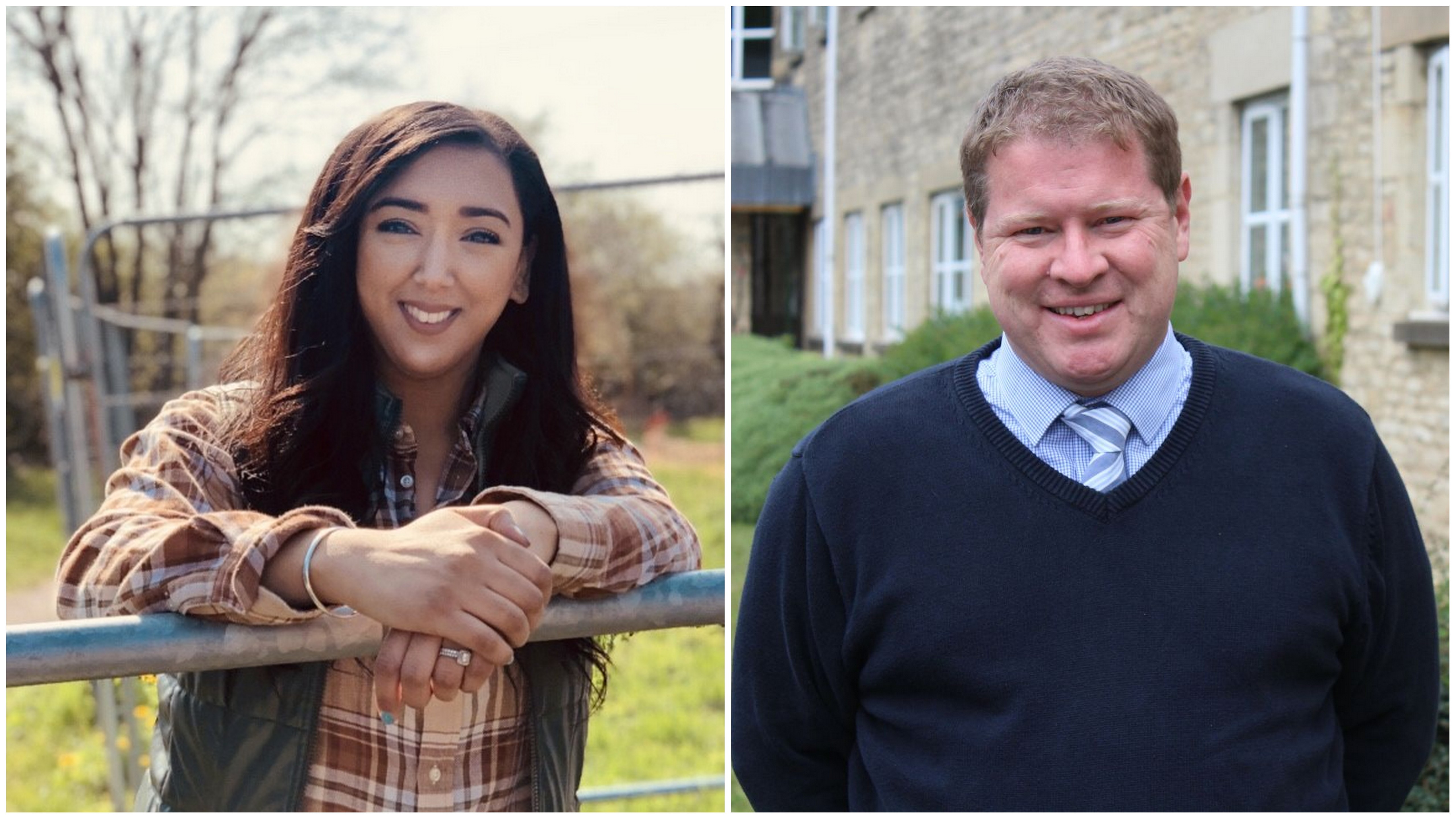 Richard Morgan and Suria Aujla as their Parliamentary candidates for Bristol South and Bristol West respectively.

The prime minister visited Bristol North West on the day that the Tory candidates in Bristol West and Bristol South were finally revealed. Does this show that the party are not concerned with the seats they are unlikely to win?

“On the contrary,” Johnson replied. “This is a crucial area for us and we will be fighting flat out for every seat.”

Leaving the port on his way to the BBC studios on Whiteladies Road, Johnson and his entourage managed to avoid a small group of protesters who had gathered in Avonmouth on hearing of the prime minister’s appearance.

One of the protesters, Carys Kettlety, said that she had decided to protest after seeing the floods in Yorkshire.

She said: “I’m appalled by the idea of another government which is not going to address climate change. BJ came from flood stricken towns to meet his funders in Bristol who are climate change deniers.

“There was a really diverse group there – some youth strikers and a group of women who had followed him from Glastonbury who said they were there because they’re concerned about the NHS.”

She added: “We split off to cover different entrances. Most people there were concerned about climate change and the contempt BJ shows towards ordinary people.” 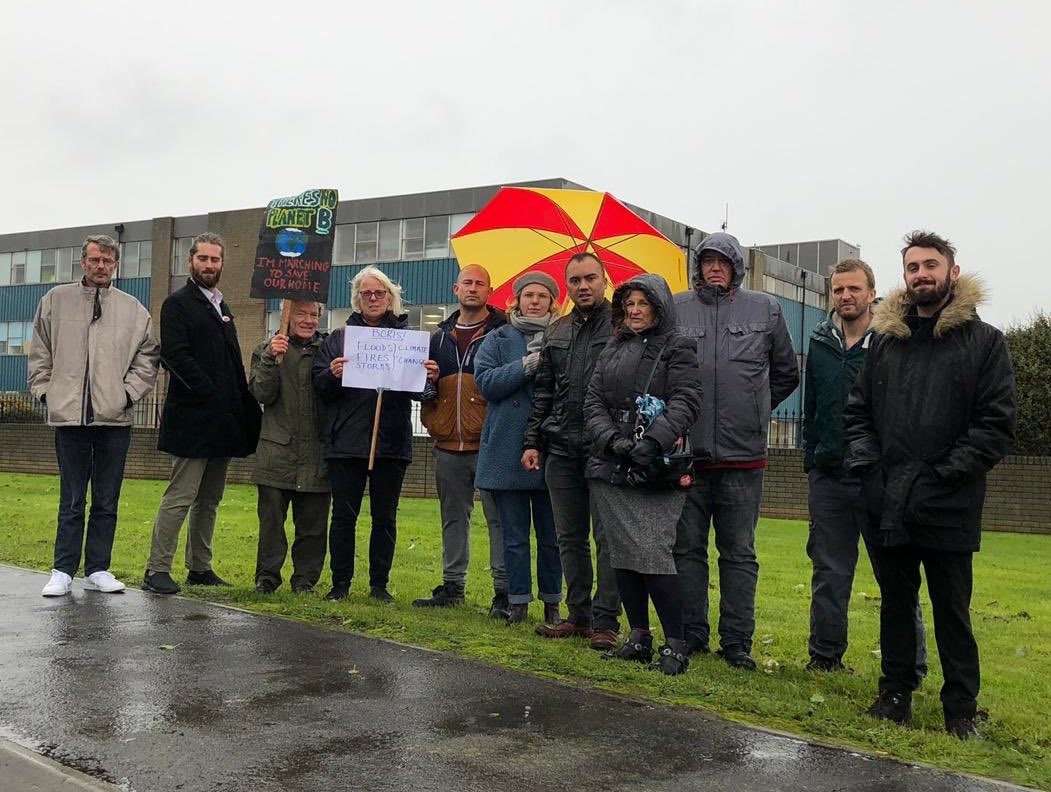