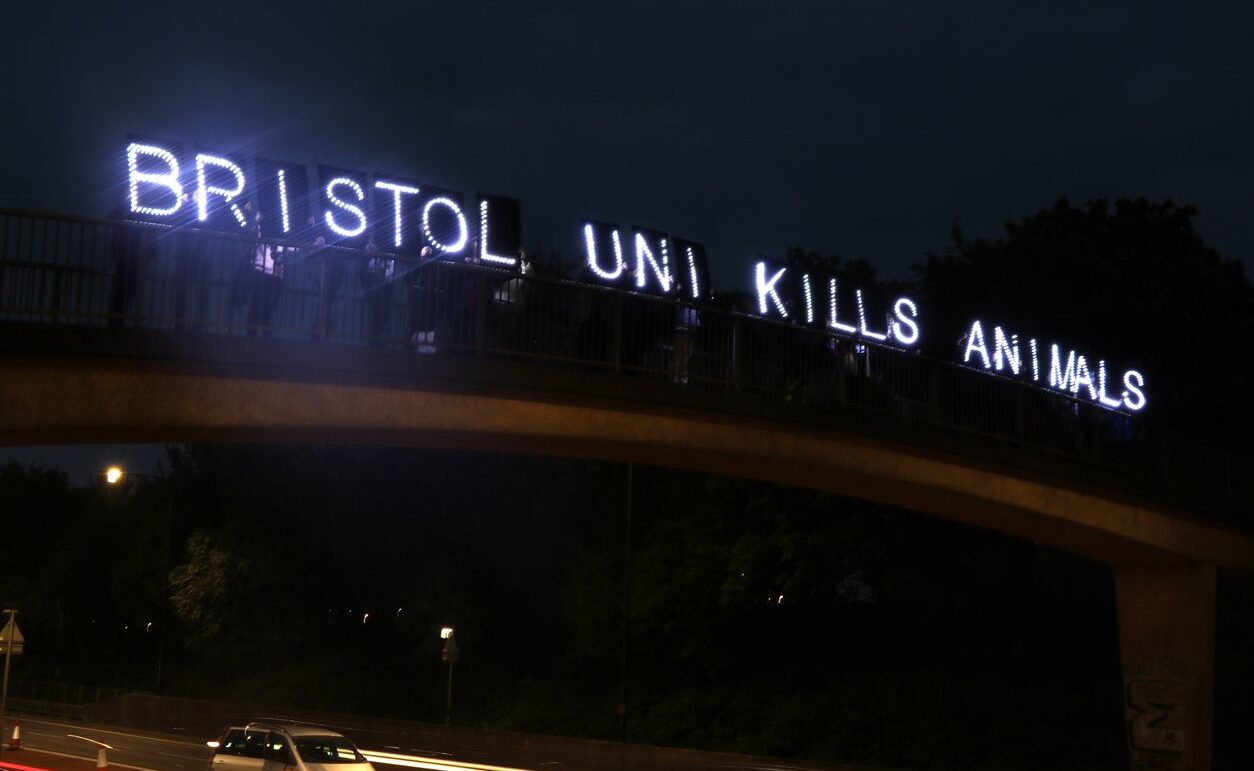 Campaigners illuminated a footbridge in St Pauls to protest against Bristol University’s use of animals in experiments.

Around 30 activists turned out to take part in the ‘light brigade’ on Thursday night as part of a nationwide movement to put campuses in the spotlight and oppose practices that keep live creatures in laboratories.

The Animal Justice Project Campaign organised the protest that members said was the first of its kind in the UK and saw campaigners hold up the illuminated message “Bristol Uni kills animals” on the footbridge linking Newfoundland Road and St Nicholas Road. 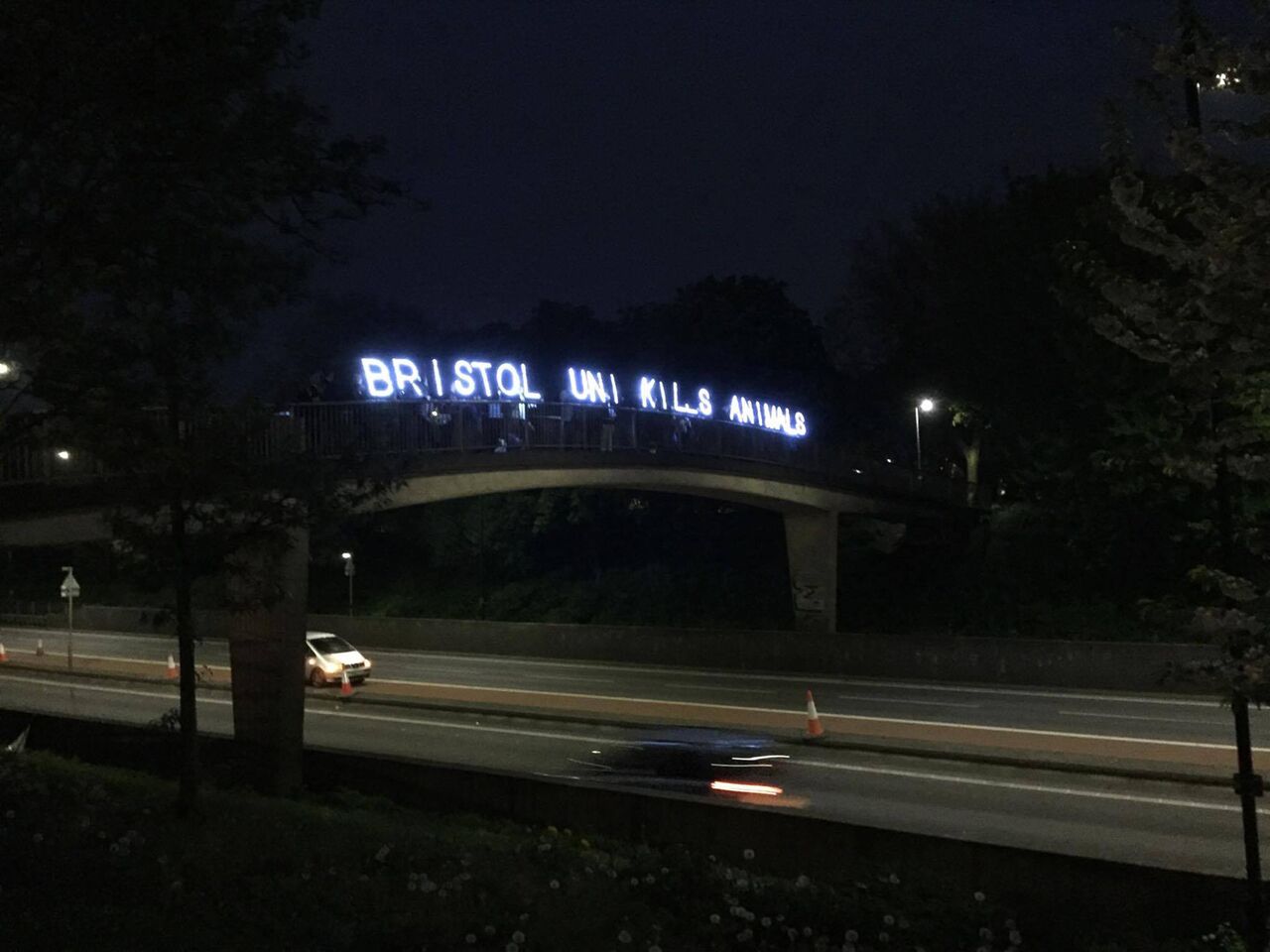 Responding to the demonstration, The University of Bristol said high standards of care and welfare are always adhered to and scientists are committed to reducing the number of animals used in experiments.

Claire Palmer, founder of the Animal Justice Project, said: “We felt it was again time for animal research at Bristol University to be put under the public spotlight.

“We are focusing on Bristol University due to the cruel experiments it continues to carry out on animals and because of its failure to respond to Freedom of Information requests on the numbers and types of animals there.”

She added that most people tend to support animal research if it is for medical research and there is no alternative, but argued that most of the research conducted in the UK, especially at universities, is basic research which does not need to produce a result. 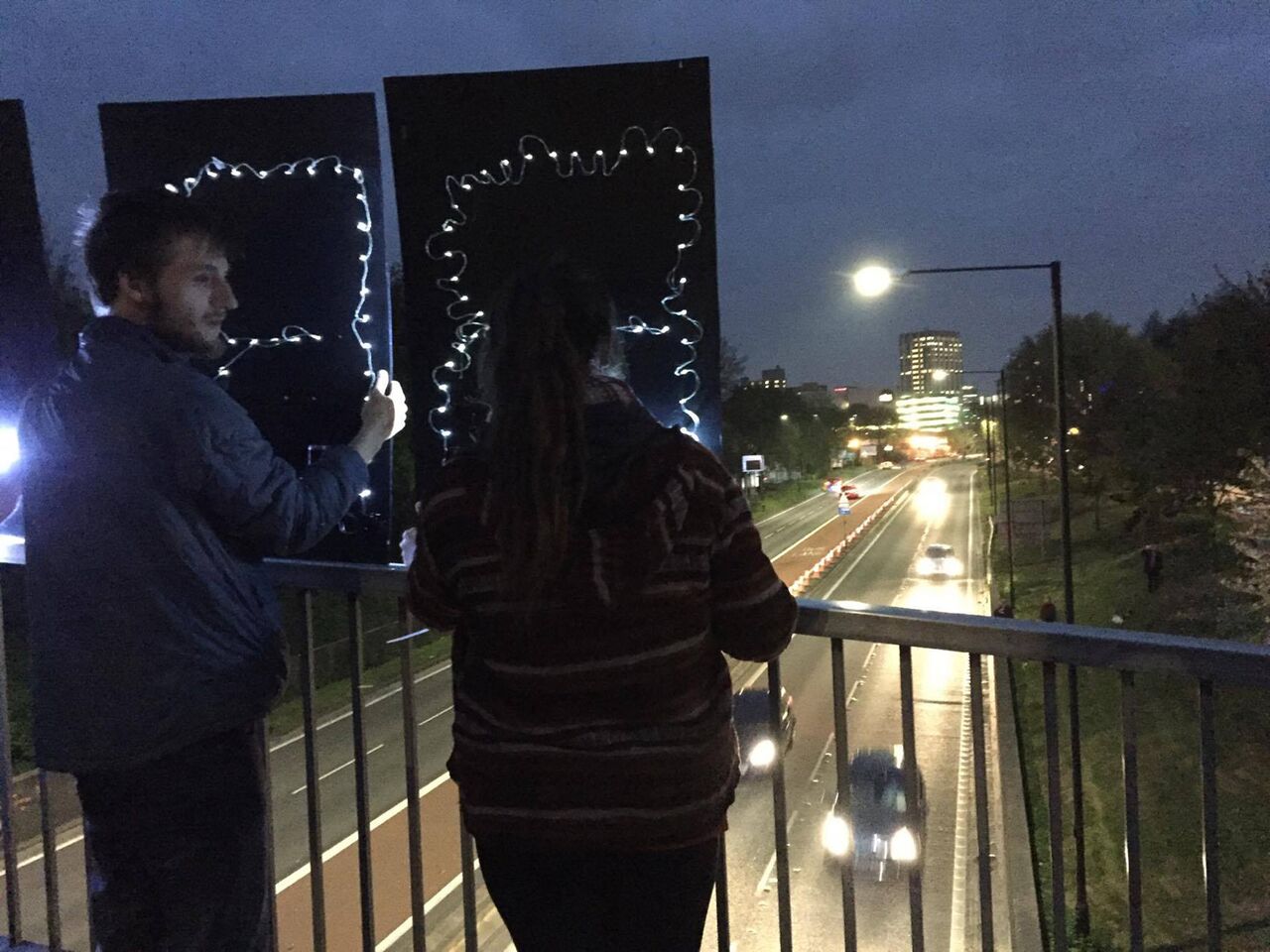 Activists make their message clear with protest on Bristol bridge

“Together with other researchers, scientists at the university are committed to the ‘3Rs’; namely the reduction, refinement and replacement of animals used in scientific research.

“Our researchers have made, and continue to make, significant contributions in this area and have published their results in peer-reviewed scientific journals.

“Previously, we have been unable to respond to specific detail requested via the Freedom of Information Act within the time limits set out by the act as the university did not keep a central record of all of its animal licence information.

“However the university now has centralised software which will make it much quicker to provide this kind of information in the future. We anticipate being in a position to publish some statistical data later this year.”