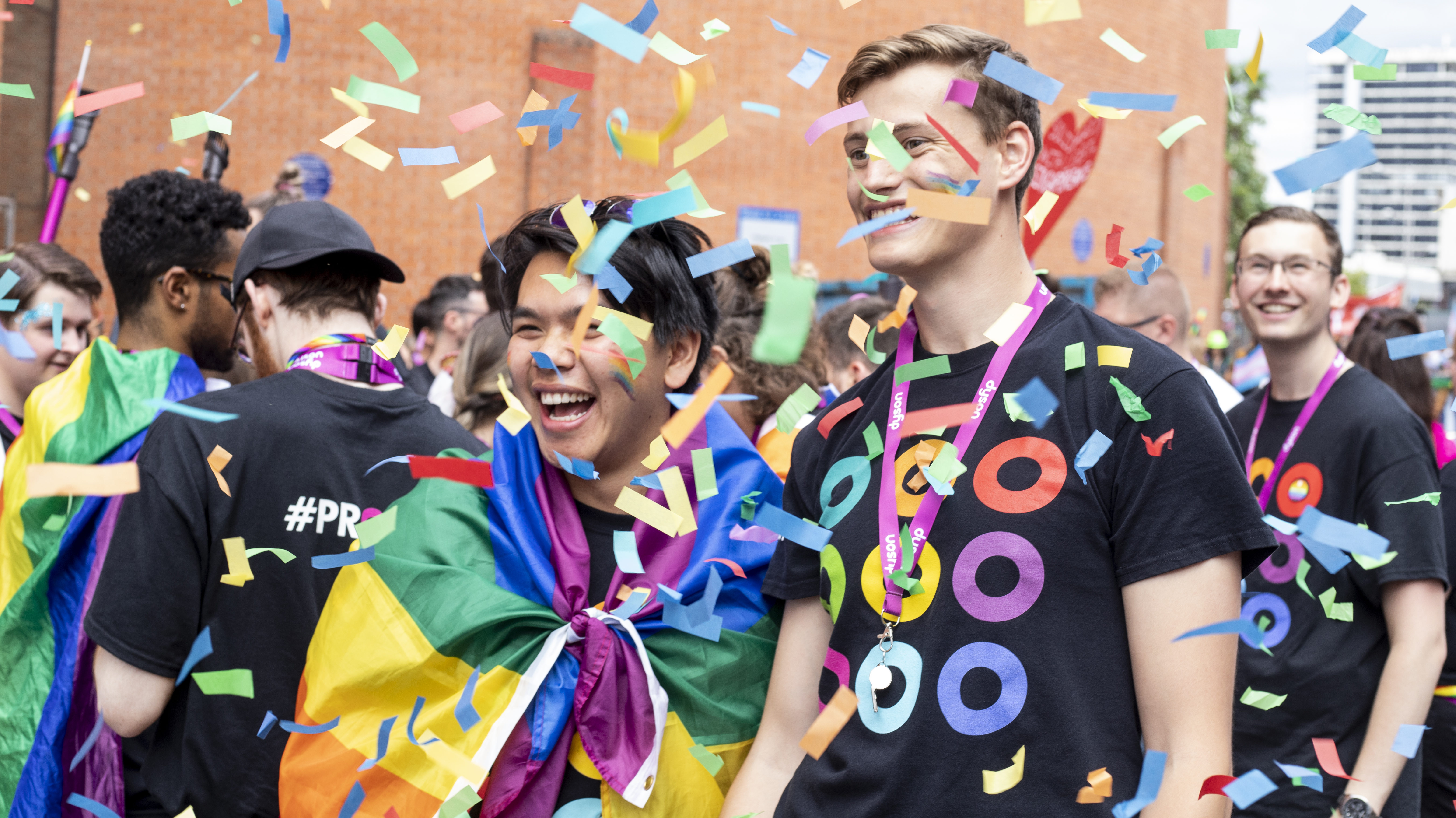 2020 marks the 25th birthday of Freedom, one of the city’s longest running LGBTQ+ youth groups.

Formed in 1995, Freedom provides a safe space for Bristol’s LGBTQ+ 13 to 25-year-olds to be themselves.

With two groups, one for members aged 13 to 18, and another for those aged 18 to 25, Freedom is now part of Off The Record, a mental health social movement for young people aged 11 to 25.

To celebrate the 25-year milestone, the group is looking to the past, present and future of the group.

Celebrations kick off on July 4, 2020, 25 years to the day since Freedom was founded.

From July 4 onwards, the group will be holding events throughout the year to celebrate diversity and the spectrum of intersectional identities.

All of the events have been planned by Freedom members, and will include a members-only party, workshops and collaborative projects.

Local artists will also join in, making intersectional LGBTQ+ art throughout the year, members past and present will be featured in a 25th birthday video, and three short films will be released by Black Bark Films.

The group is encouraging everyone, whether they’re a member of the group or not, to share all the events on social media.

Despite the challenges that the current pandemic poses, Freedom has remained part of young people’s lives.

The group have continued partnerships with akt, SARI, local schools and the Voice and Influence Partnership. 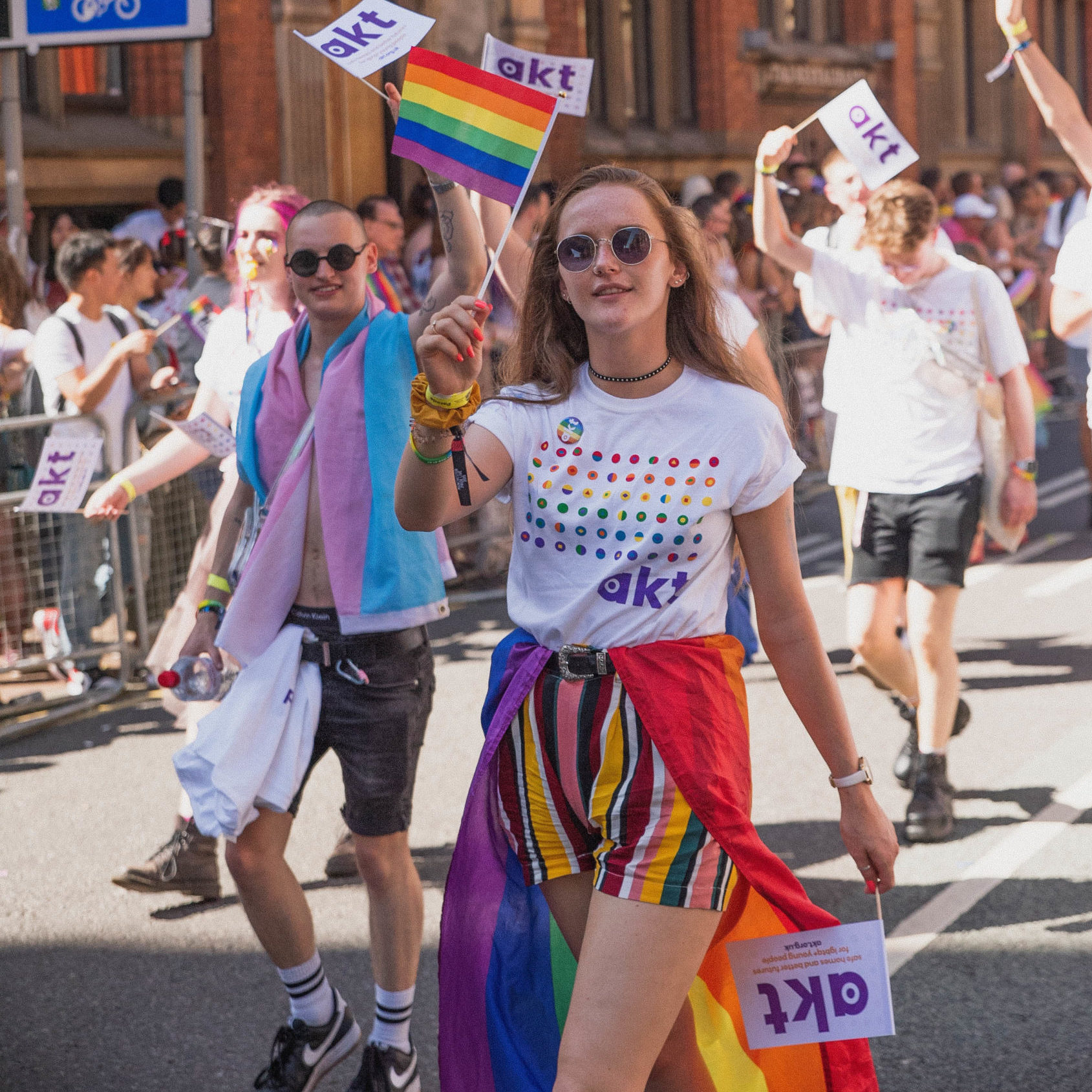 And, as Freedom’s birthday celebrations coincide with St Paul’s Carnival online, Freedom Youth and Zazi, Off The Record’s project working with black and minority ethnic young people, are collaborating.

The two projects are working together to develop work on intersectionality, discrimination, culture, positivity and identity.

All work continues to be delivered online and has been throughout Covid-19, and staff members have even found a way to give birthday gifts to its members, gifting members Freedom goodie bags and show the group’s young people that they are still there for them. 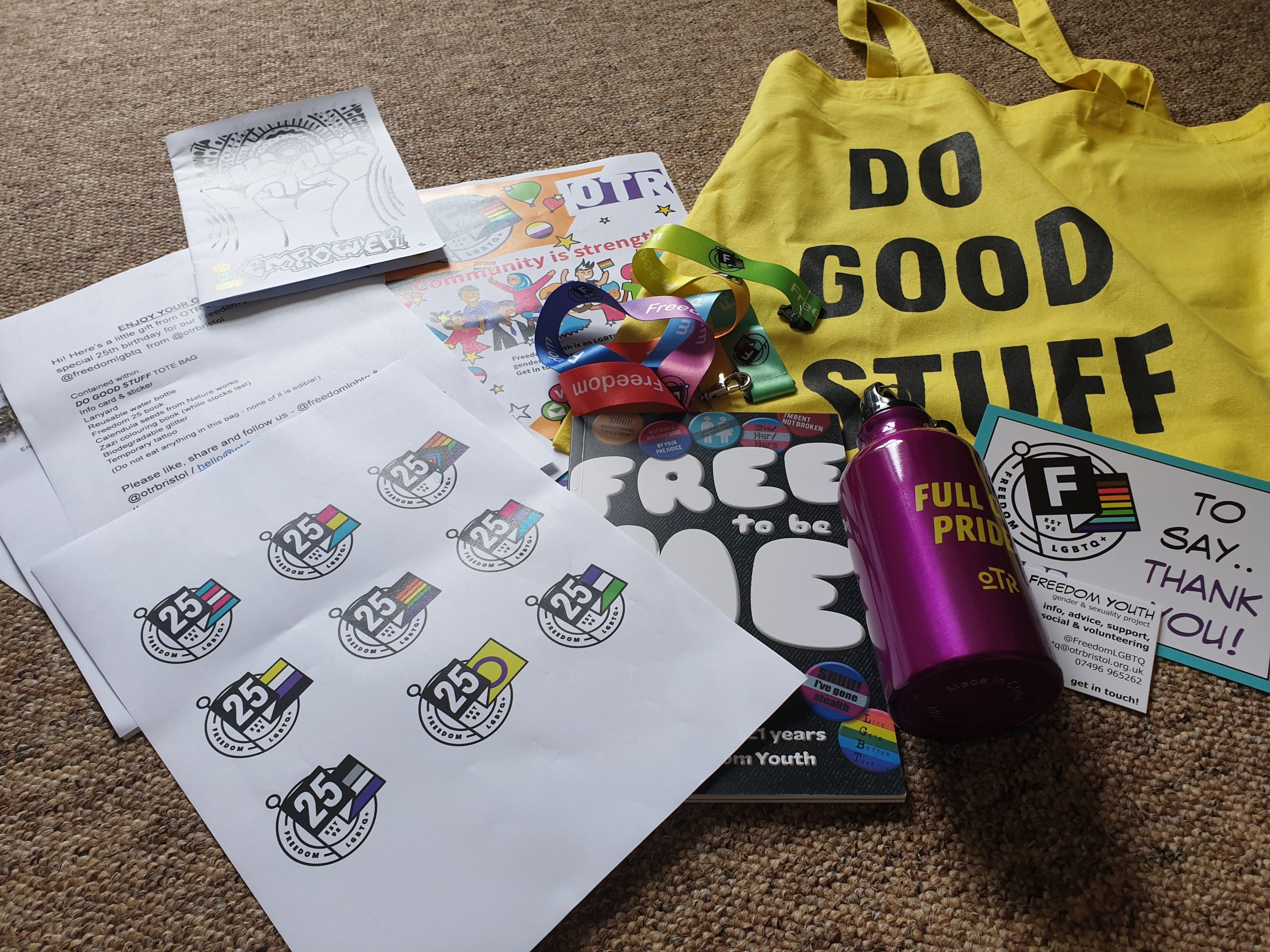 One of the goodie bags. Photo: Lowie Trevena

And, for the youth group, it’s as important to celebrate the achievements of the past 25 years as it is to look to the next quarter of a century.

“We’re asking ‘what does the next 25 years look like?’,” says Henry, another project leader.

25 years isn’t a long time for most, but through the lens of LGBTQ+ rights, it has been monumental, with Henry saying: “It’s been seismic in terms of social action.”