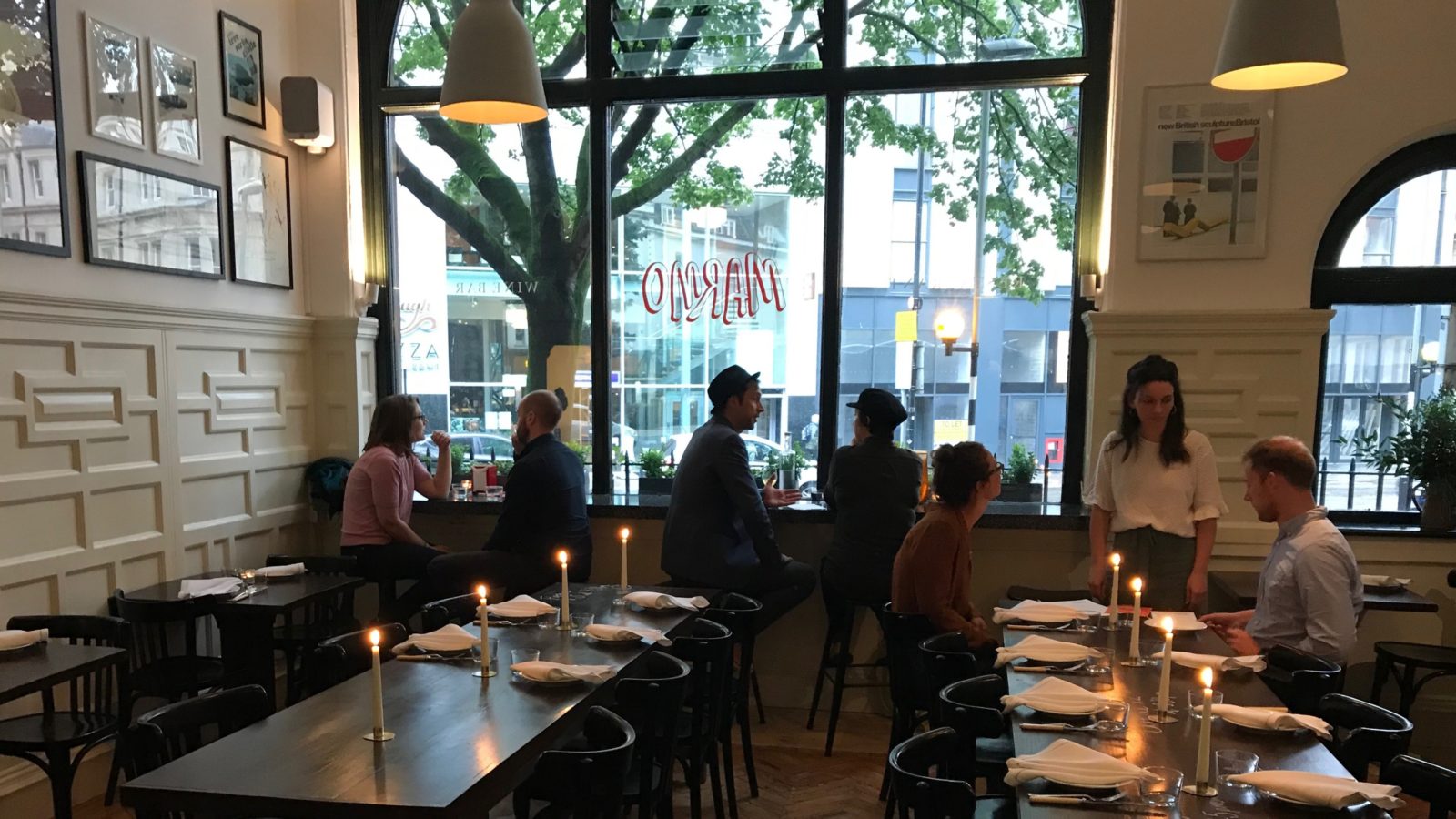 Soon after leaving work on Friday evening, a new customer popped into Marmo to say hello to the co-owner, a friend of his from her days managing this building when it was Bar Buvette.

He ended up staying for a negroni, some olives, anchovies and mussels as he pulled up a seat next to another friend who also happened to be visiting for the first time. Marmo has already become that sort of place.

Lily and Cosmo Sterck describe their new restaurant and wine bar on Baldwin Street as “serving a concise menu, guided by seasonal and locally sourced ingredients”.

It will undoubtedly feature highly among Bristol’s best new restaurants of 2019. 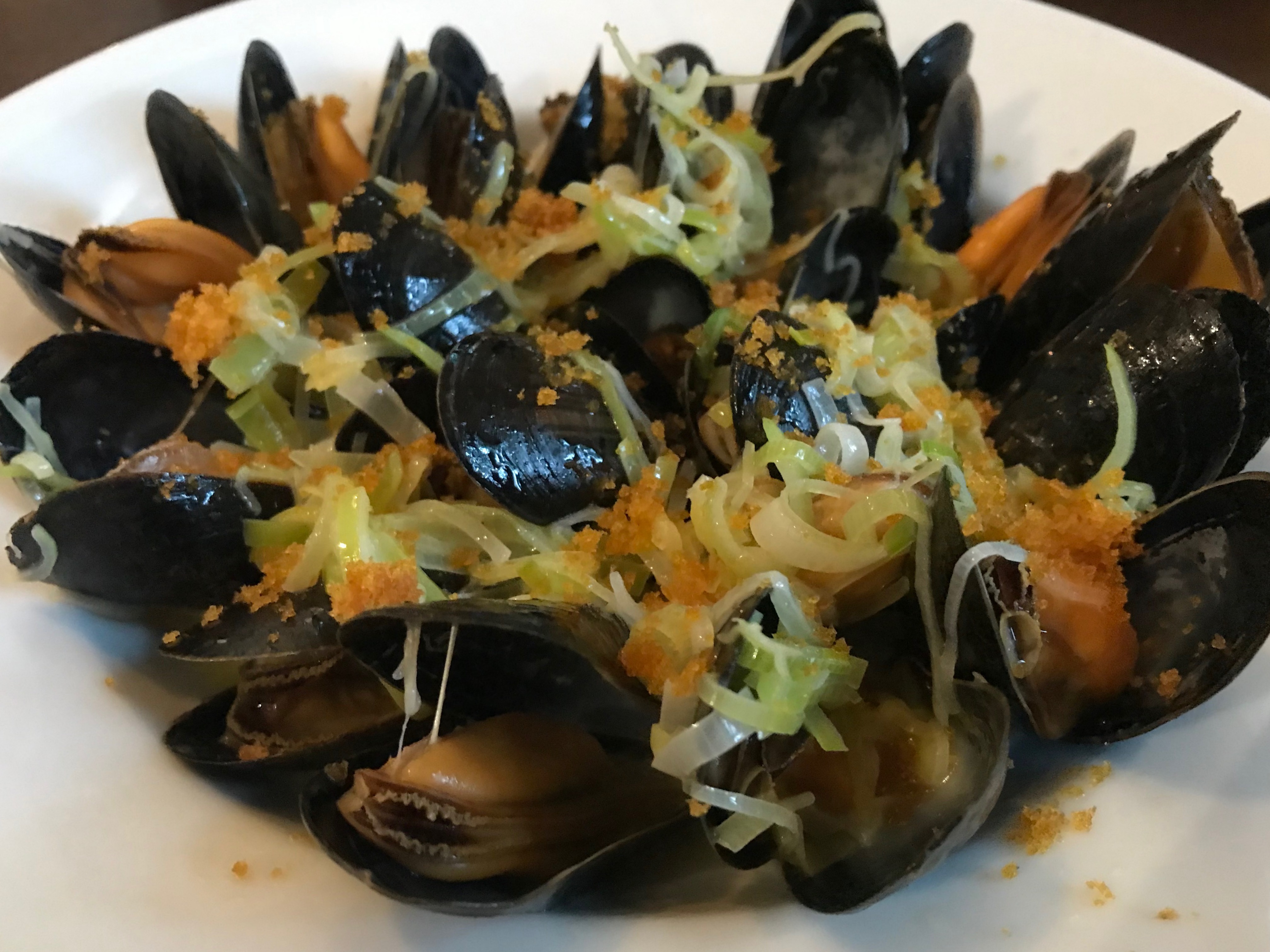 From the aperitifs through to the desserts, the theme at Marmo is strongly Italian – in a corner of Bristol not short of those with Pasta Ripiena and the recently opened La Sorella both only a few doors away.

Start with a negroni or a vermouth made by Mauro Vergano, who worked for many years as a chemist for one of Italy’s top pharmaceutical companies before making small quantities of drinks in his home town of Asti.

And finish with a Vin Santo chianti from the Sammontana vineyard, a fourth generation farm near Florence that can trace its origins back to the 12th century.

Marmo’s roots in Bristol are certainly not forgotten, with beer from Wiper & True in St Werburgh’s, and cider from Wilding in Whitchurch made by former Birch owners Sam Leach and Beccy Massey.

Lily and Cosmo are cut from the same cloth as Sam and Beccy, who made the original Birch in Bedminster a truly special place.

As was Bar Buvette, but there can now be a collective sigh of relief that its new incarnation is in such safe hands, with Lily front of house and Cosmo in the open kitchen.

Cosmo trained in London at St John restaurant, and later worked at Magdalen, Brawn and Rubedo, as well as Yard in Paris, before returning to Bristol to head up the kitchen at Bosco in Clifton Village. Lily is a lawyer by trade, and has also worked at London restaurants Luca and Six Portland Road. 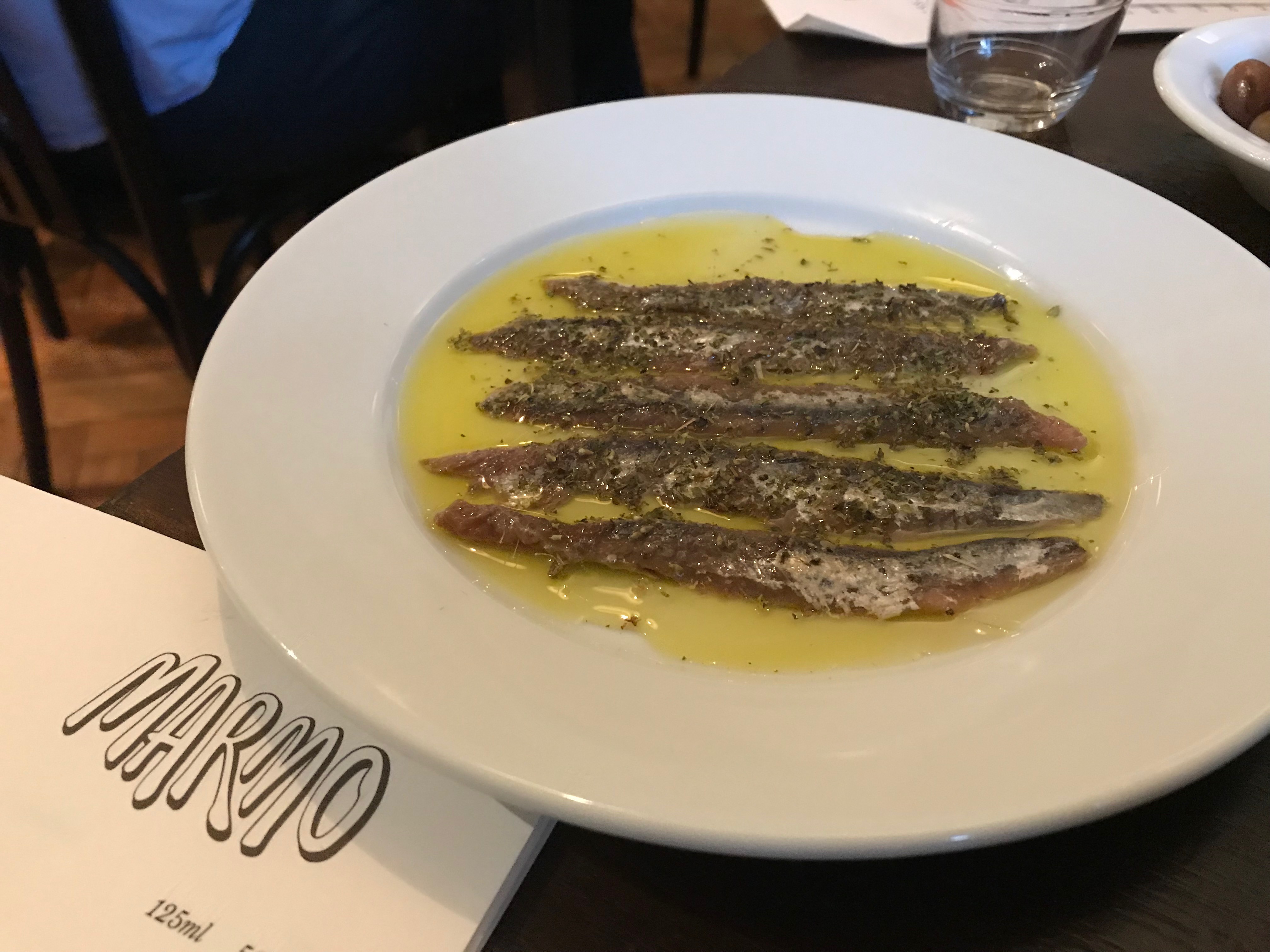 Anchovies at Marmo come from the seas off Cetara in Italy 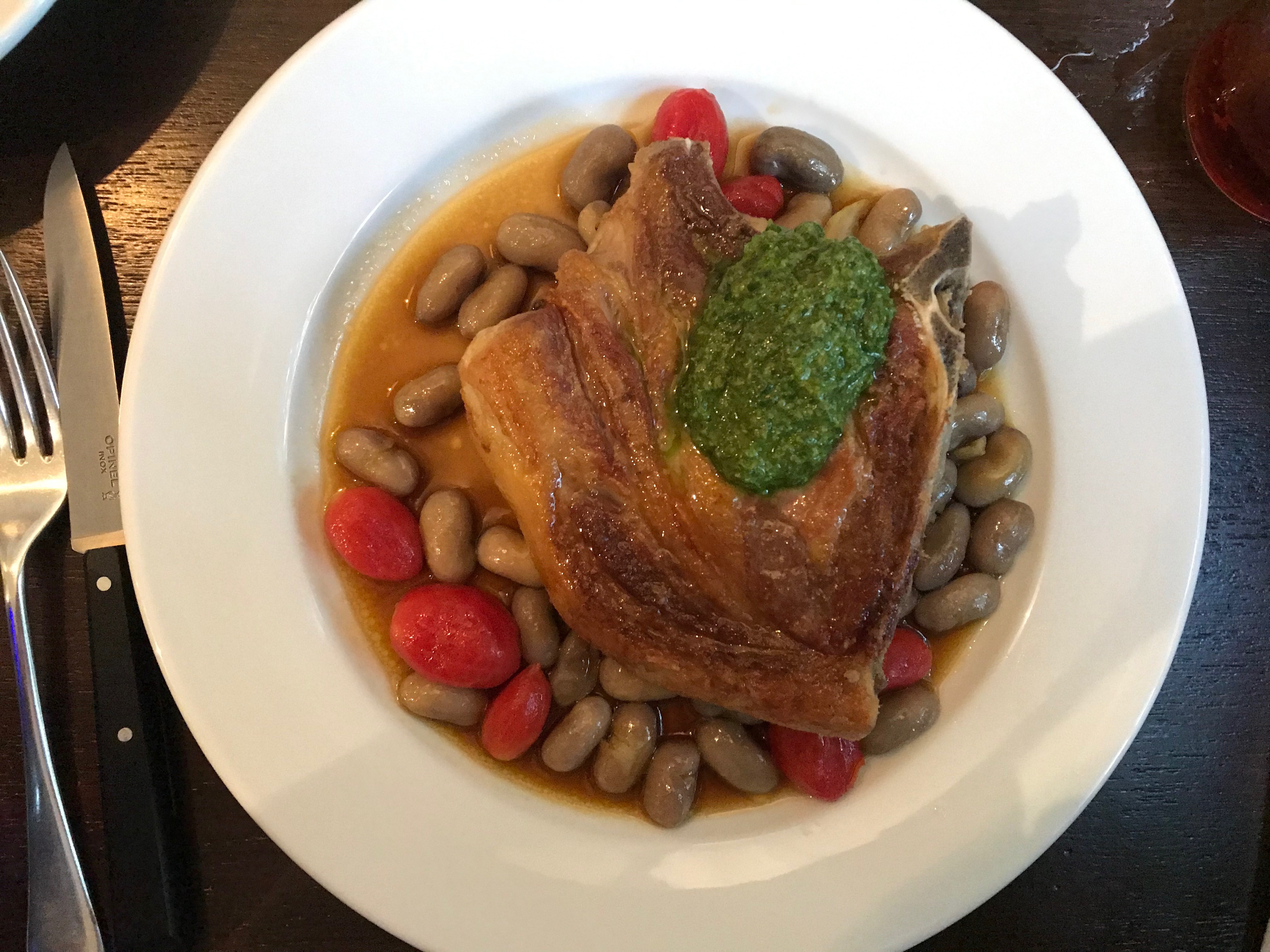 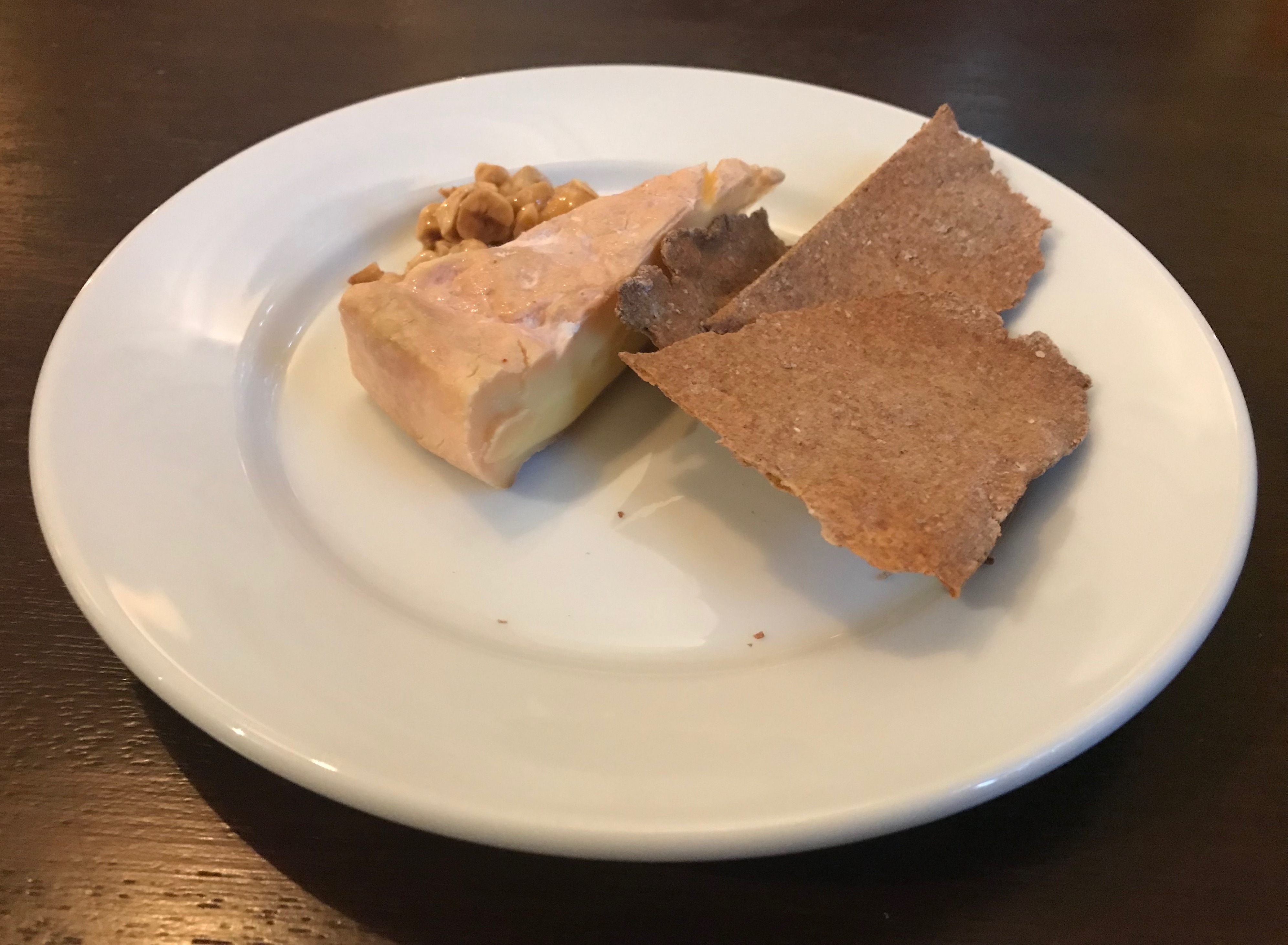 The menu is divided into four distinct sections of snacks, small plates, main courses and desserts. The anchovies (£5) were beautifully salted while crackling (£3) came with an apple dipping sauce.

From the starters that also included bull’s heart tomato ‘tonnato’ ((£7) and burrata and pickled girolles (£9), a plate of soft and tender mussels (£8) was served with leeks and bottarga – an Italian cured and air-dried grey mullet roe grated over the top.

At £17, a Tamworth pork chop was a surprisingly hefty cut of meat, cooked beautifully, and which needed a sharp knife to extricate from the bone. It was surrounded on the plate by borlotti beans.

From a trio of puddings which also included fig leaf ice cream (£5) and chocolate mousse (£5.50), I chose a generous slice of evenlode (£6), a semi soft cheese only a year old named after a village in the Cotswolds close to where it is made, at Marmo served with a wonderfully sticky mixture of hazelnuts and honey.

Bristol already has a good number of husband and wife teams running some of the city’s best restaurants – a list which Marmo has now immediately joined. Come in for a snack and an aperitif, and stay for the evening. 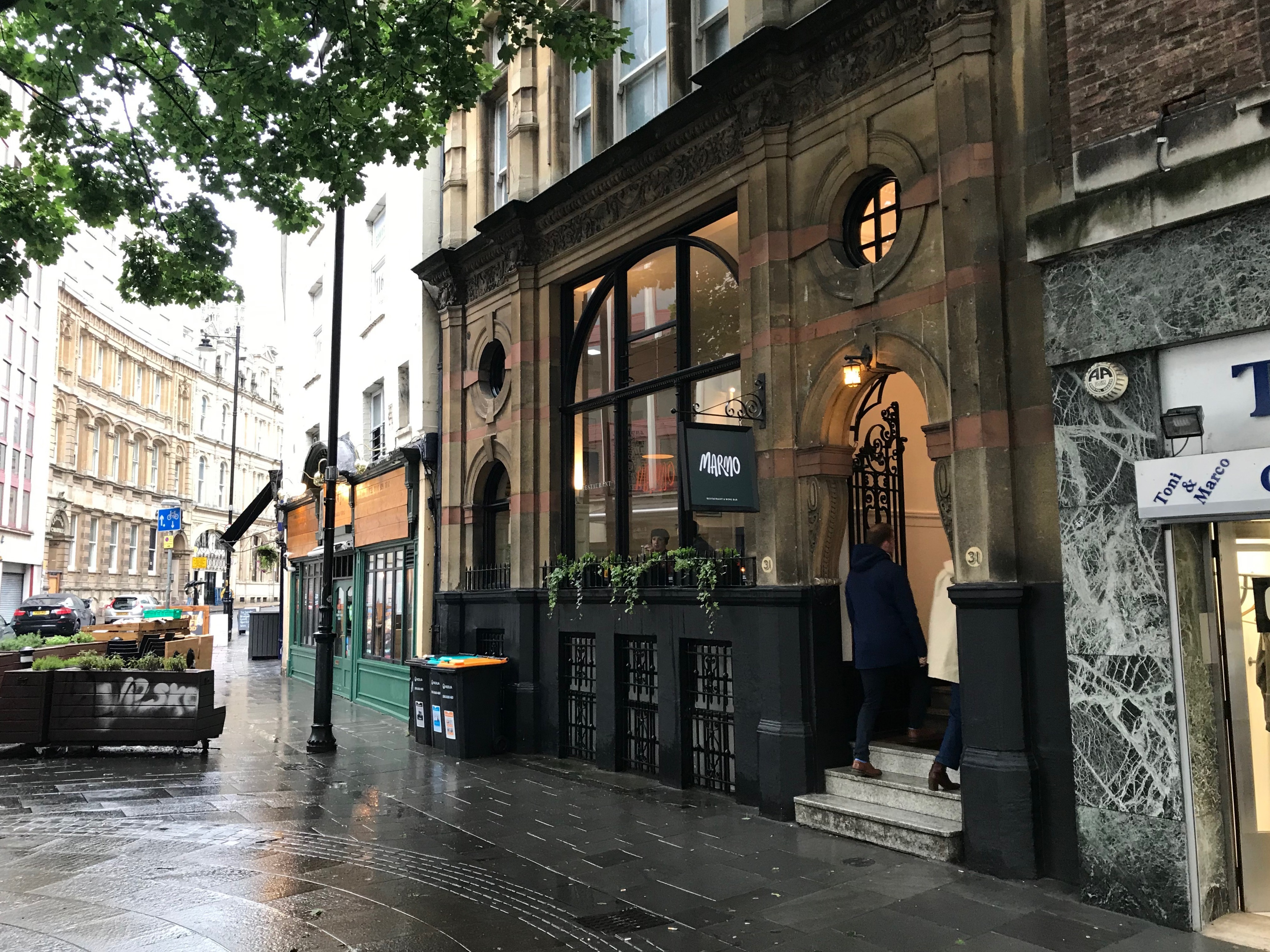