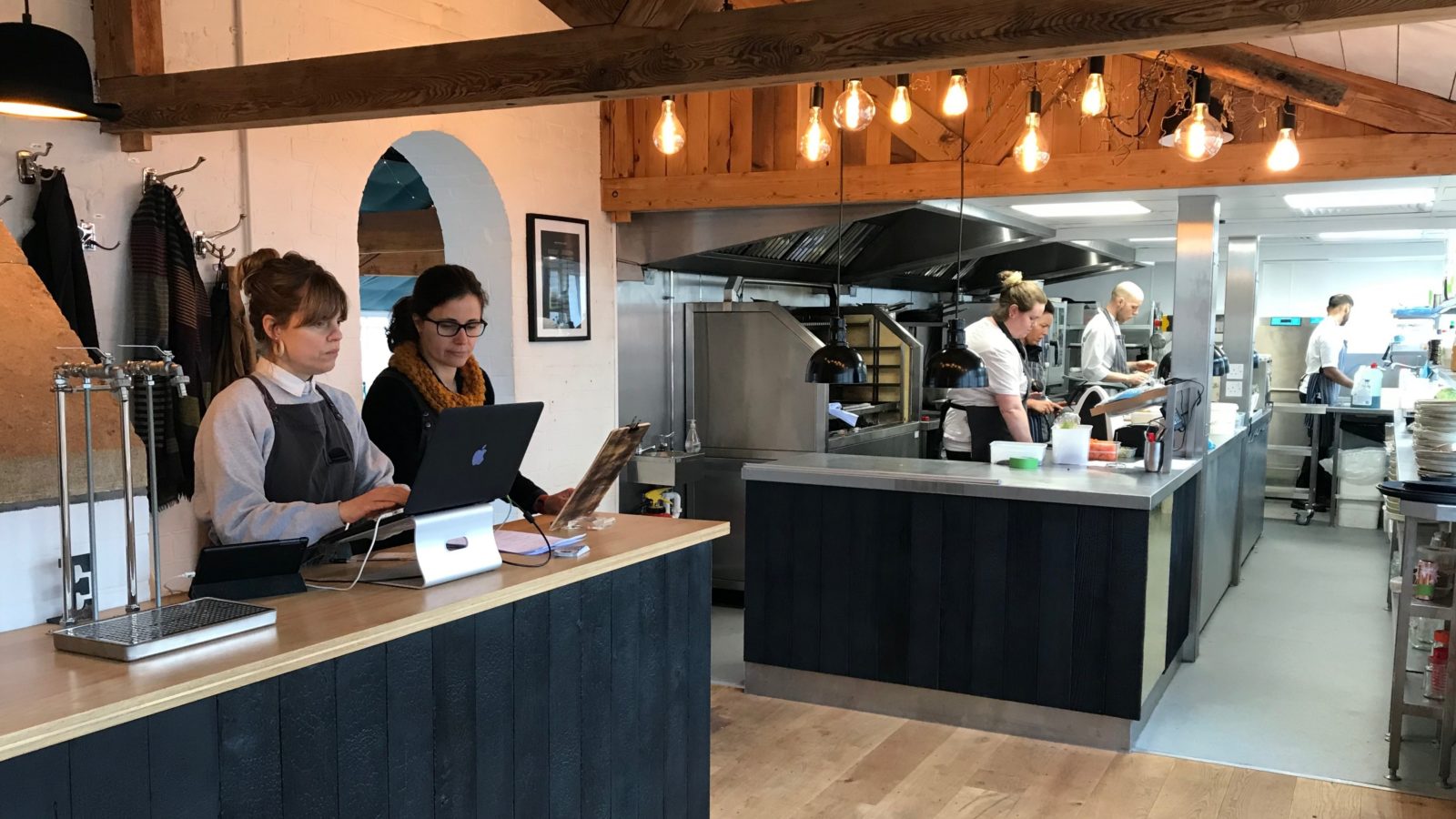 Even with a smart new refurbishment which sees an enlarged kitchen and new front of house area, The Ethicurean still has a timeless feel to it. It’s the sort of place where you can arrive by bicycle mid-morning for a coffee and a slice of their famous Barley Wood sticky toffee apple cake, and soon realise that it’s almost time for supper.

Opened in 2010 in the former orangery of an Edwardian walled garden in Wrington that was once owned by the Wills family, The Ethicurean also has a new vegetable-focused menu which changes five times a year around the themes of scarcity, growth, fruiting, harvest and festivity.

The Ethicurean is run by the Pennington brothers, Iain and Matthew, who alongside Paula Zarate and Jack Bevan were two of the co-founders of the business at its beginnings – which if different stars had aligned could have seen them opening a Mexican restaurant. 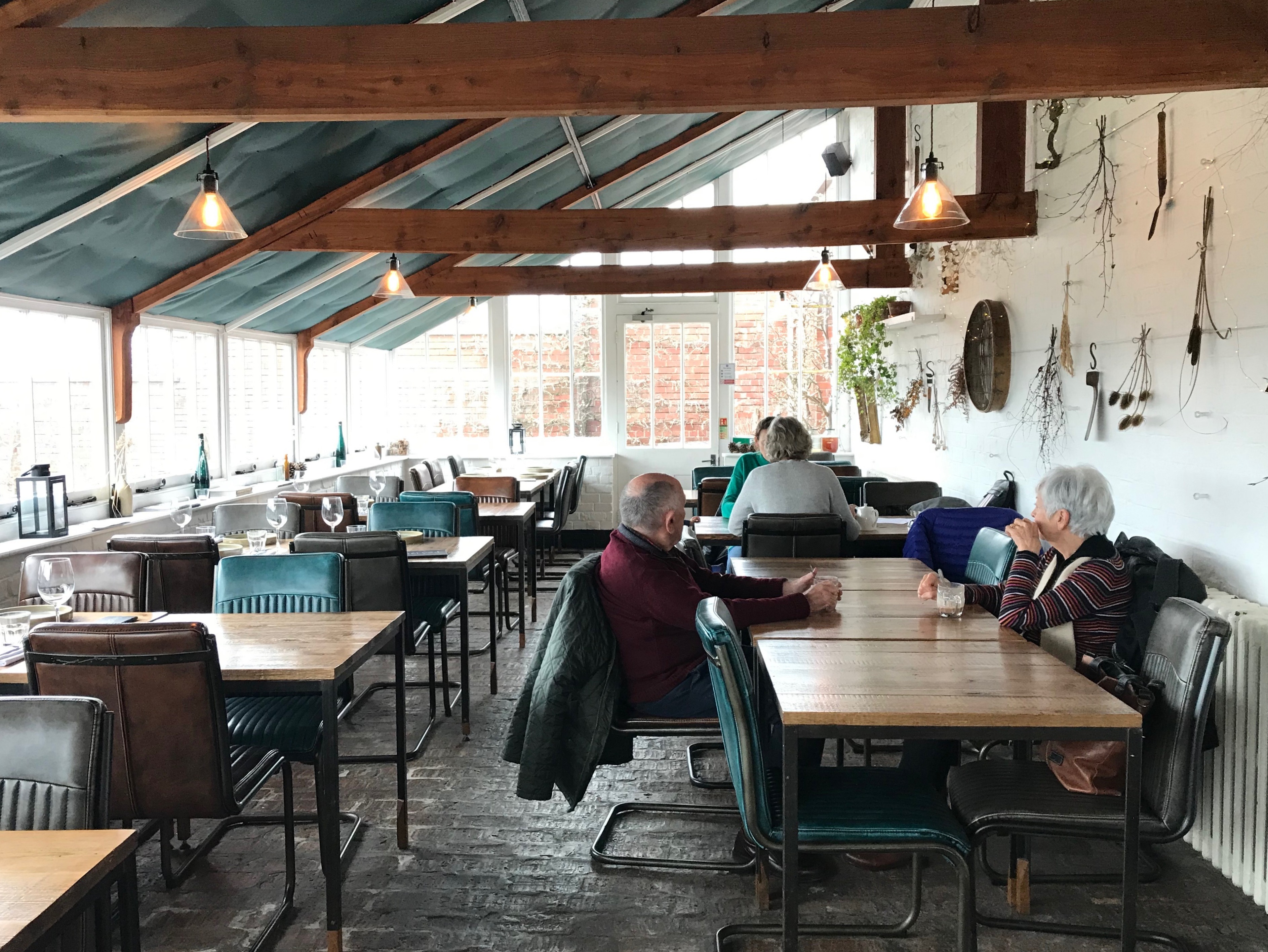 Walk in through the front door and an extended kitchen centred around an open charcoal grill is on the right, with a new counter and bar made from English pine and oak on the left at the other end of which is a new seating area taking the place of a former store room.

Much of the carpentry work here has been completed by Liam Rush, whose work can also be seen around Bristol in places including Hart’s Bakery and Jamaica Street Stores.

“We very much wanted something that was sympathetic to this existing environment,” Iain told Bristol24/7 on a recent morning. “For it to be able to feel like it’s been here since day one, but immeasurably more functional and beautiful than it was.

“We managed to achieve what we achieved in a really difficult space. Hats off to a good team and a strong vision that we stuck to. But it was time for a fresh start.”

That fresh start also extends to the garden, with Iain and Matthew working with the educational group Forever Fungi to introduce plant-fruiting mushrooms throughout the garden beds and on inoculated logs to allow the chefs unrivaled access to edible mushrooms. 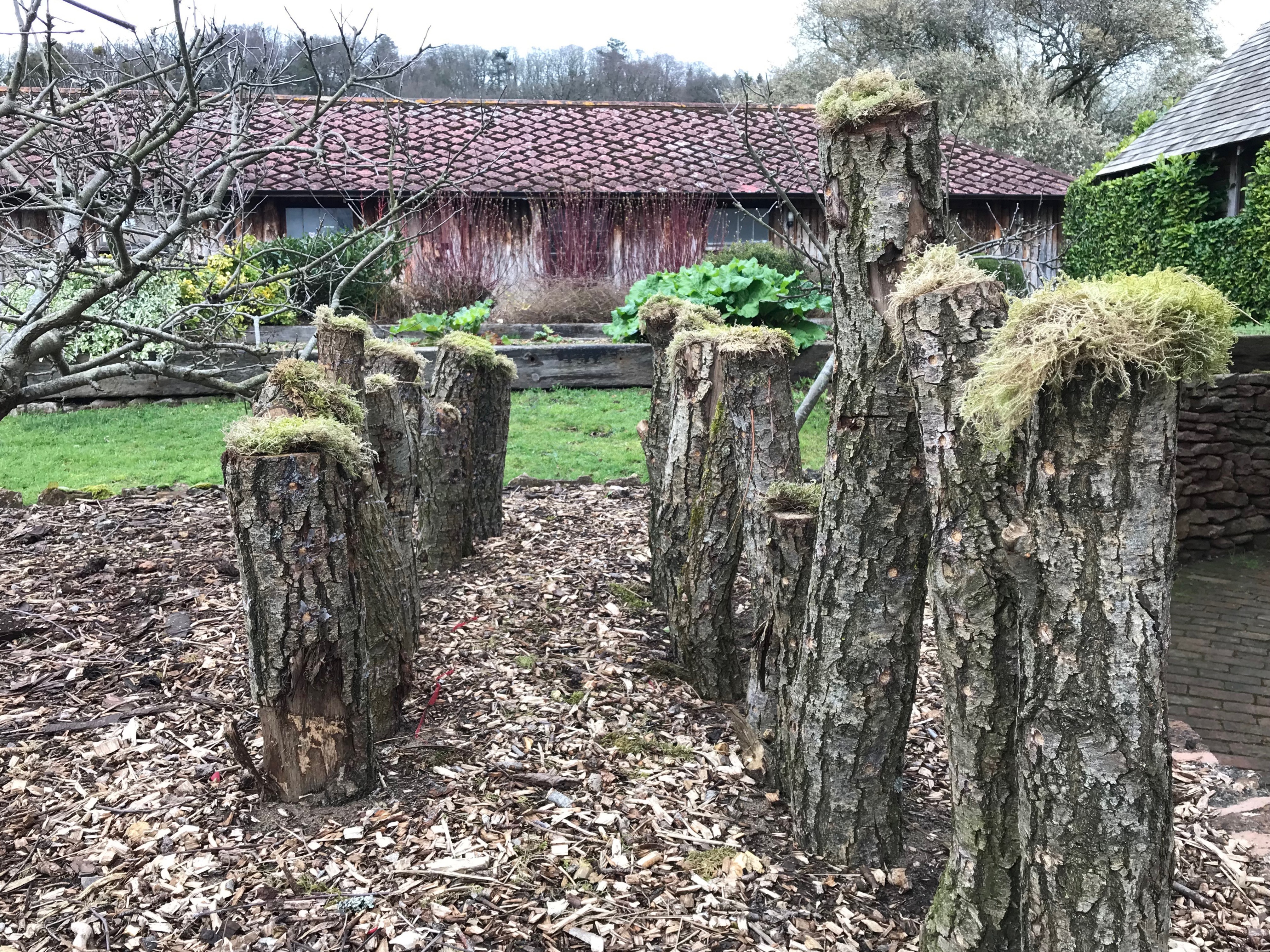 Until earlier this year, the Pennington brothers didn’t just work in close proximity to each other but lived with each other as well in Blagdon.

Iain’s recent move to Edinburgh – where the one Pennington sister has lived for the last ten years – means that he is closer to his partner who is studying for a master’s degree at the University of Edinburgh.

It also gives him the opportunity to look into the tantalising possibility of opening a second Ethicurean in the Scottish capital.

“Over the last couple of years, this place has gone from strength to strength. So now we’re thinking about the next chapter,” Iain said.

“I have moved up there very much with the view of getting a restaurant up there, spending time researching, figuring out where it would be suitable for us to be, and getting this project 100 per cent up and running.” 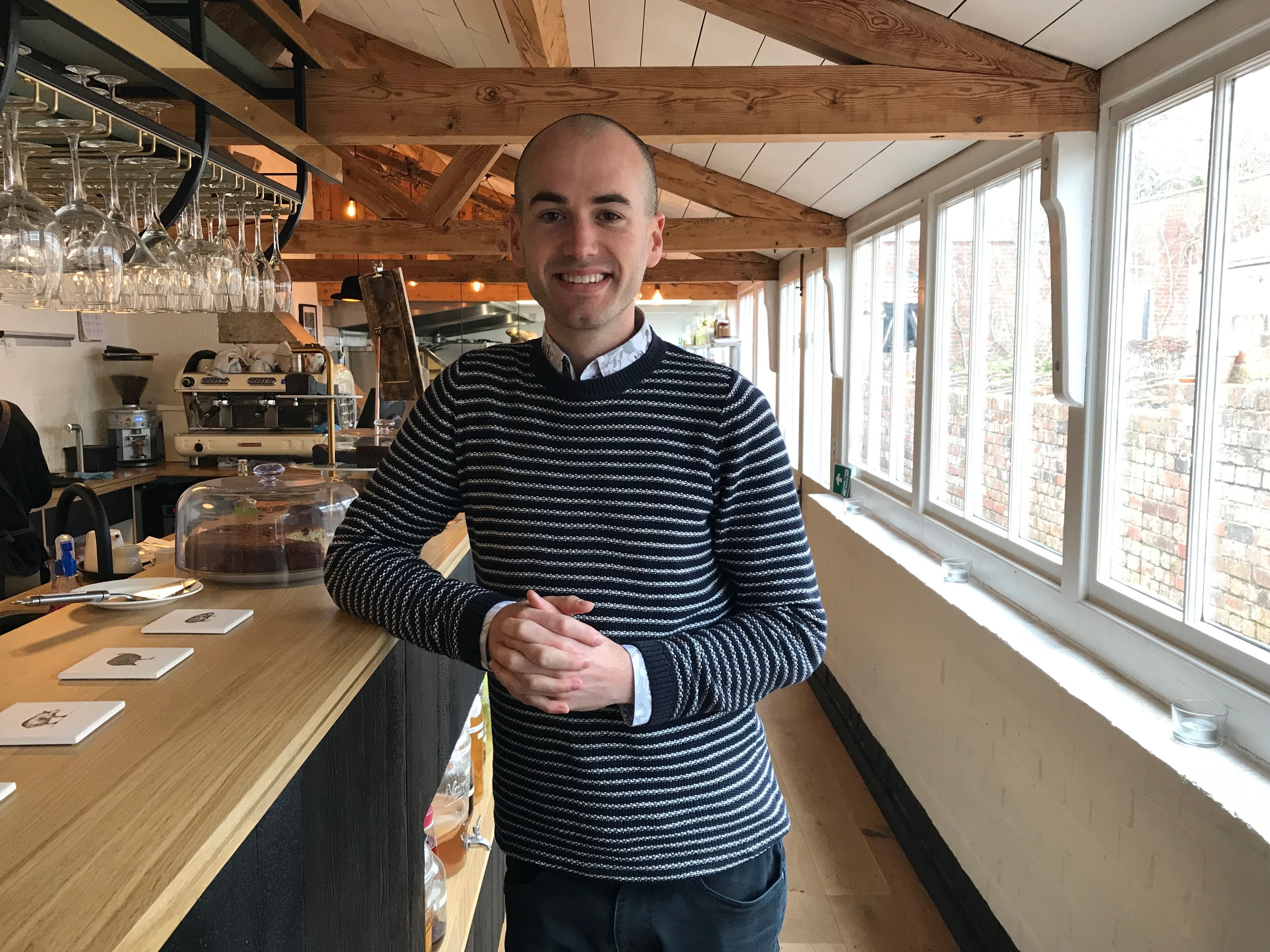 It will be a big move for The Ethicurean, with Iain and Matthew previously looking at sites within Bristol to open a second restaurant (including the former Meat Liquor on Stokes Croft, soon to be transformed into Masa & Mezcal) but never finding the right place; and also popping-up on the roof of John Lewis on London’s Oxford Street for a winter residency in 2017.

Once Iain does find the perfect location in Edinburgh, he is not sure whether the new restaurant will be called The Ethicurean, although it will undoubtedly share many similarities with the original Wrington restaurant.

“We want to transport this blueprint to Edinburgh. For years we have viewed countless sites in Bristol, but none of them have been right for what we want to do. We love what we have here, we are really spoiled. Having a second restaurant in the city centre and this place just doesn’t feel quite right.

“We have already met up with walled gardens in Edinburgh and there are potentials, but most likely it would be in the city centre. As a city, Edinburgh has similarities with Bristol. The hospitality scene there is incredible, and Scottish produce is exceptional. But obviously we would stick closely to the ethics and values that we have had here since the beginning.” 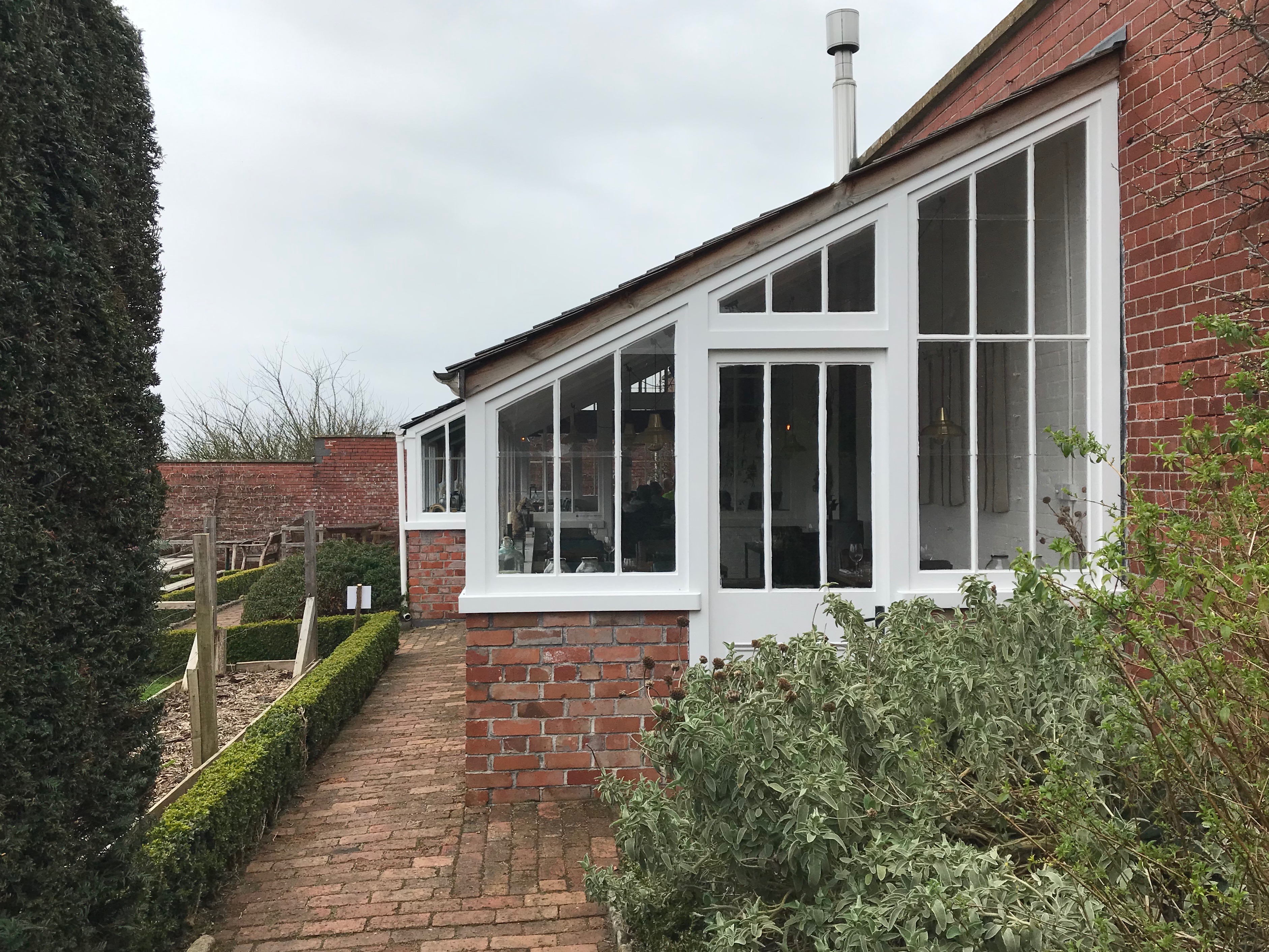 The Ethicurean occupies the former orangery of an Edwardian walled garden

Read more: These are the 35 Bristol restaurants (and one bakery) in the Good Food Guide 2019