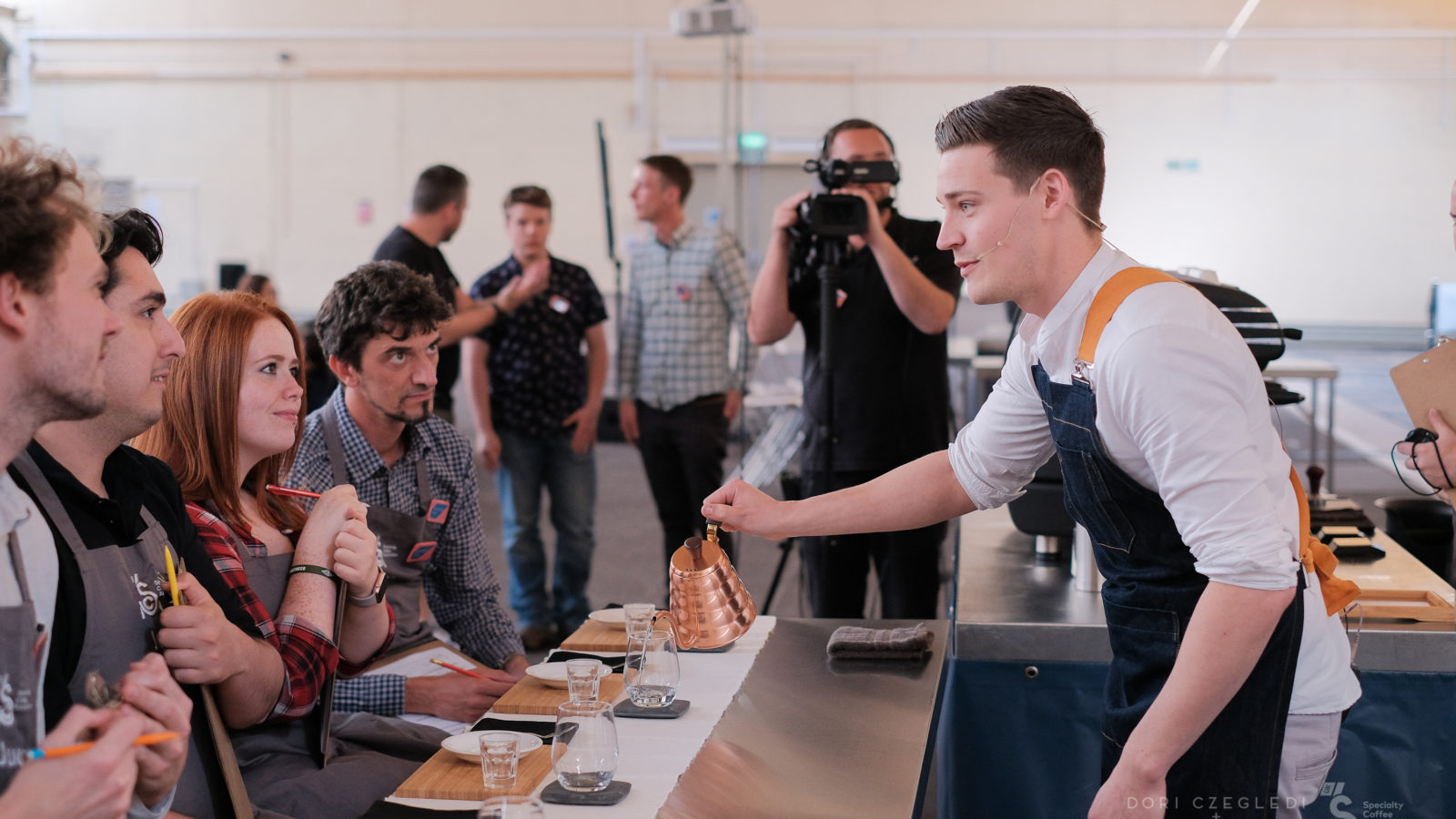 “I’ll pull you up a few brews,” says Callum Parsons on a recent early morning at Extract Coffee Roasters in St Werburgh’s.

On a table in the middle of the roastery covered in half a dozen precision engineered coffee machines, Callum expertly prepares the same espresso and cortado that only a few days before he had served to the judges at the UK Barista Championships (UKBCs) held as part of the inaugural Espressofest at the Passenger Shed next to Temple Meads.

Despite having never worked full-time as a barista, Callum finished fourth and he hopes to do even better next year in order to lift the prize and represent the UK at the world championships in 2019. 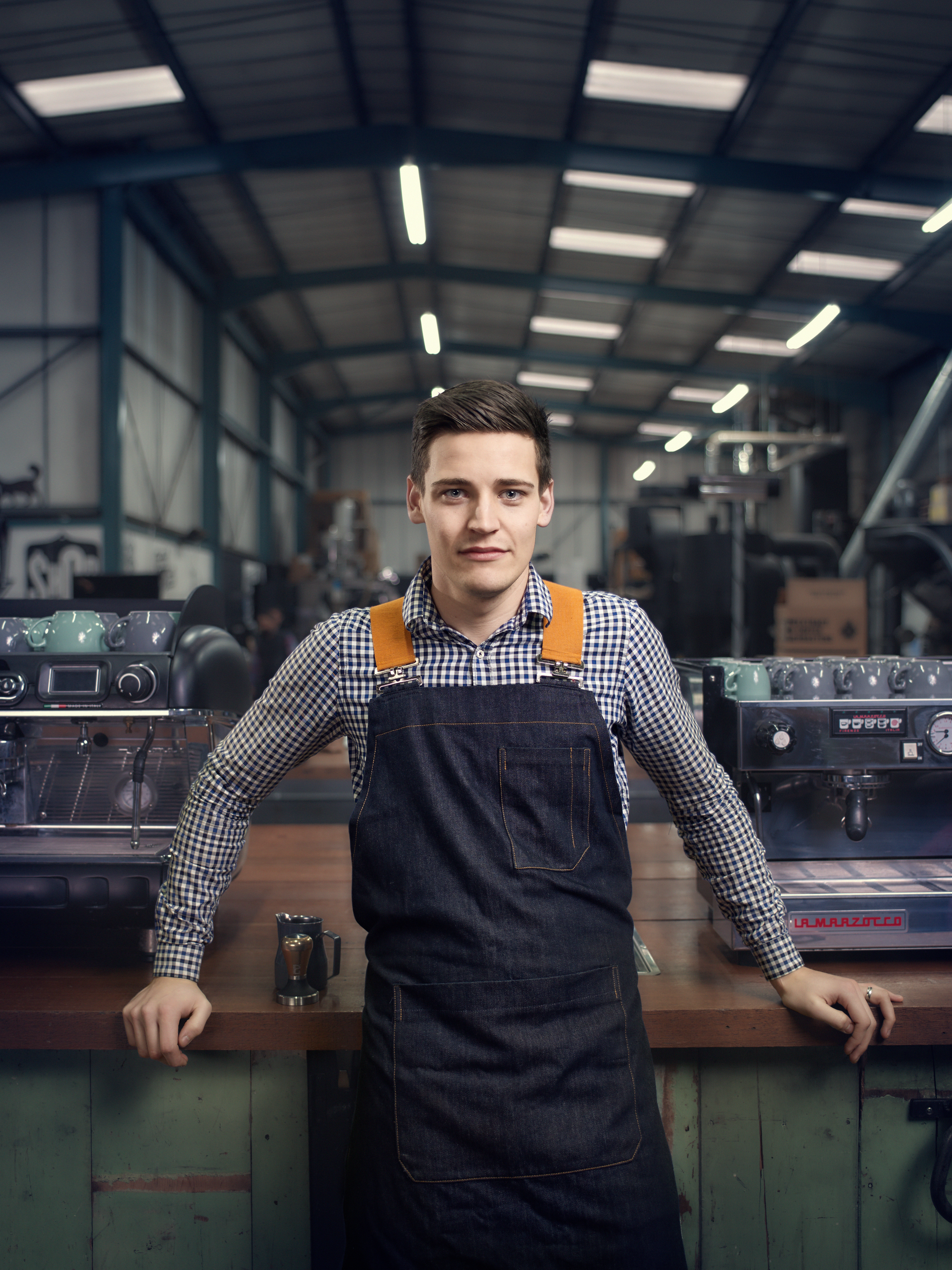 He is already thinking how to improve his 15-minute routine that needs to demonstrate not just his skills at preparing coffee, but his knowledge of the bean and the process it has been through to get into the cup, as well as an intricate knowledge of flavour, the latest innovations in the coffee industry and a memorable signature drink, which Callum made with honey from a hive just outside Bristol.

His beans this year came from the Finca Santa Teresa in Panama and were originally seen as defects. With a high acidity, very perfumed and very floral, they had tasting notes of pink grapefruit, honey and jasmine.

“When I cupped this coffee for the first time, I thought it was phenomenal,” Callum recalls. “I knew I had to get hold of this coffee.”

Callum is in regular WhatsApp contact with the owners of the farm and is hoping to visit soon. They sent him a few bags for use especially in the UKBCs, which were roasted to his exact specifications by his colleague Ashlee Quinn at Extract.

At the UKBCs, Callum competed in the semi-finals on Saturday and the final the next day which was eventually won by Dale Harris of Hasbean Coffee.

It was a remarkable achievement for the 28-year-old, who has only worked in the coffee industry for three years, having had his coffee epiphany while drinking a washed Kenyan at Colonna & Small’s cafe in Bath, whose founder Maxwell Colonna-Dashwood is a two-time UK barista champion. 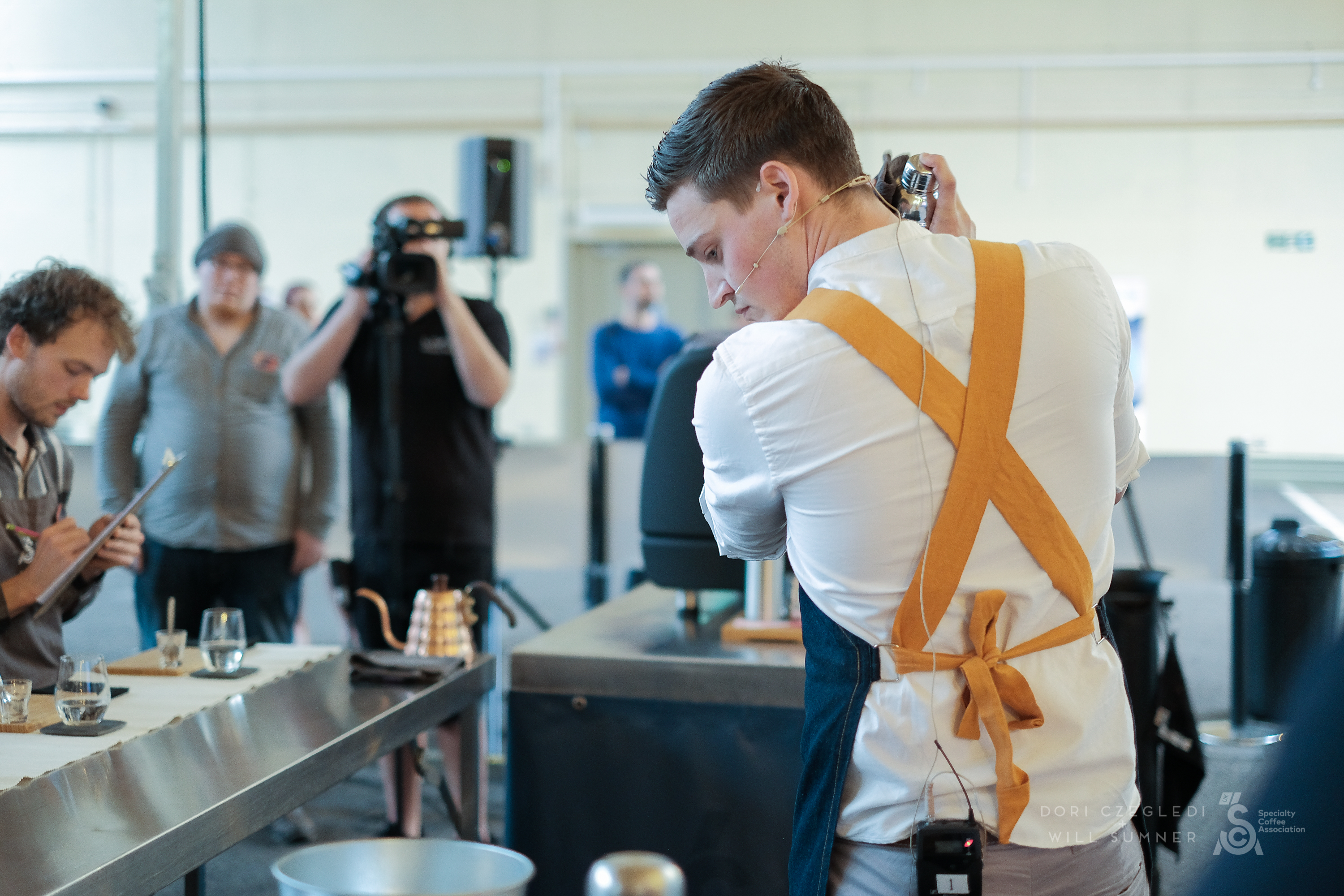 Callum grew up in Inverness and moved to Bristol in 2013 when his wife Emily got a job as a nurse at the children’s hospital. He initially worked in recruitment but spent a lot of his time at the weekends learning about coffee in places like Full Court Press on Broad Street in the Old City, where it was owner Mat North who recommended him to the team at Extract when a position became vacant.

He has since worked his way up within the company to become South West regional manager, which sees him looking after Extract’s customers in Bristol including Boston Tea Party, Hart’s Bakery, Spicer & Cole and Bakers & Co. He arrives at the roastery by 7am every morning, having started his day with a gym session at 5am (“It keeps me balanced”).

Callum is clearly immensely driven, hoping to progress further within the coffee industry and with winning the UKBCs as another focus. In the build-up to last month’s competition, he spent a couple of evenings a week and one day at the weekend developing his drinks and perfecting his script.

“I would like to win it. The aim is to win it,” Callum says with a steely stare. “I’m ready to go back next year. I have got a lot of notes where I can improve. It’s achievable. I don’t do anything by halves.”

Away from coffee, Callum is also passionate about wine. “There are so many ideas in my head that I want to pursue,” he says, as another day at the roaster begins.