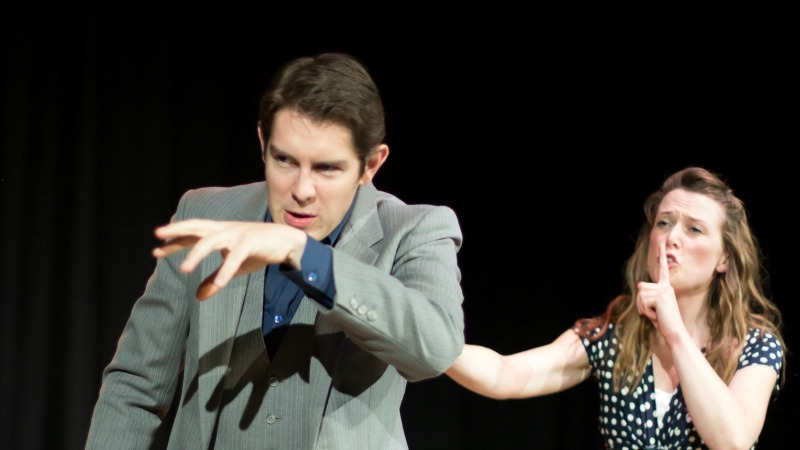 Given the enduring popularity of her sisters’ work, Anne Brontë is a somewhat overlooked figure in the literary canon. However, given equal billing with Jane Eyre and Wuthering Heights in this ambitious Brontë season by Bath companies Live Wire and Butterfly Psyche, Anne’s words shine in a tale of adultery, alcoholism and domestic abuse.

The novel confronts issues that are still relevant today, although undoubtedly less shocking to contemporary audiences than their Victorian counterparts may have found them 160 years ago.

The Tenant of Wildfell Hall, considered by some to be the first sustained feminist novel, tells the story of troubled artist Helen Graham, who moves into the dilapidated Wildfell Hall with her young son in order to escape a troubled past. As gossip spreads through the village, though, Helen’s secret history is slowly revealed, allowing the audience to see her as a true heroine subjected to the consequences of one mistake in her young life.

One of the many joys of this inventive production is how well Alison Farina’s adaptation keeps a meaty story moving through the hour and a half running time. Effortlessly directed by Shane Morgan, the simple set and costumes compliment the narrative’s timeless themes and allow the audience to use their imagination to the full.

The cast of Madelaine Ryan and Tom Turner bring a diverse collection of characters to life through intelligent use of accent, body language and tone. Turner is awkward and bumbling as well-meaning suitor Gilbert, charismatic and sinister as the bullying Arthur Huntingdon, while Ryan shines as the novel’s heroine and heartbeat of the story.

Watching this production, one can only hope that Anne Brontë becomes a major literary figure in her own right – and that we continue to see great things from these two innovative companies.