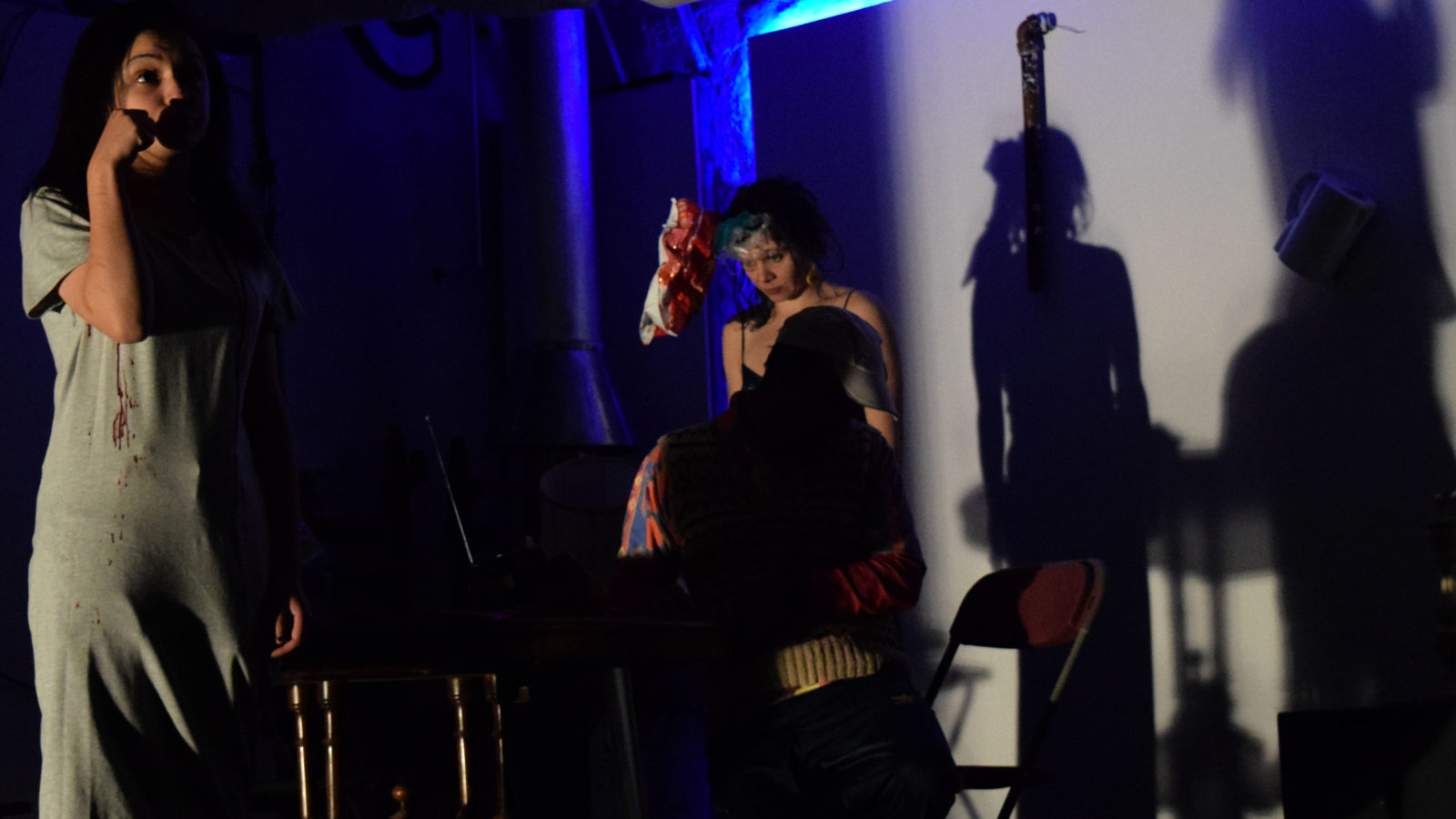 The Constant Drone, from Bristol company DarkPlace Productions, can only be described as bamboozling. Intentionally so. The first thought that popped into my head was, ‘what on earth is going on?’ – and that question continued for the majority of the performance.

Despite the madness, writer / director Nick Fogarty succeeds in drawing the audience into the bizarre world of The Drone; and by the end of the play we come to accept this strange place, hardly batting an eyelid.

The set is lit by a network of copper retro filament light bulbs and decorated with randomly placed hanging kitchen utensils, alluding to the sense that the play is set in a sort of ‘parallel-universe’. This is exacerbated by the crisp packets which litter the table in the centre of the stage.

The use of sound is most effective. Throughout the performance The Drone’s burring is inextricably linked to the emotions of the characters, whose happiness is dictated by noisiness. In the second act a much-loved radio breaks, causing several characters to have alarming breakdowns. 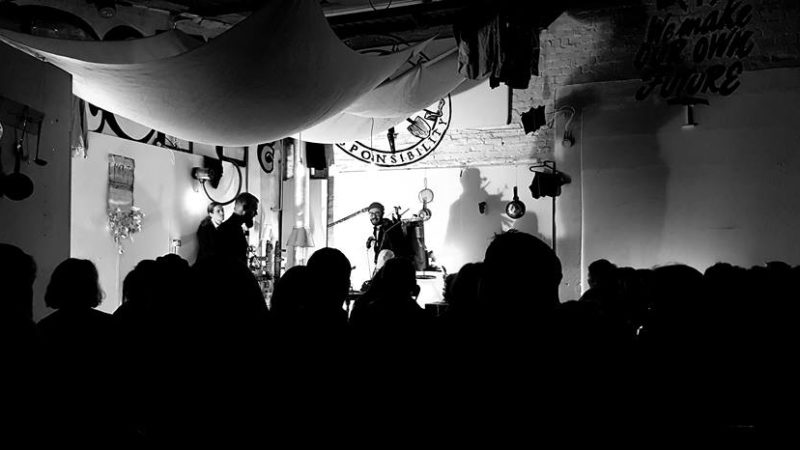 Set in a kitchen of a house in the suburbs of a city built around a large generator, the concept is slightly Orwellian in its sinister nature. Privilege depends on proximity to The Drone, causing (a familiar) outcry at the unattainably high rents in the city.

Dependent upon the relentless noise emitting from The Drone, the city’s inhabitants are driven mad when silence threatens.

The wildly abstract concept leaves the play open to interpretation. There are allusions to topical issues; a Mother Nature figure wrestles with a crisp packet attached to her hair and cries out for people to help clean her up; a raving radicalist shouts of revolution against austerity; a woman delivers a powerful speech against the idiocy of her ‘game-playing’ boyfriend and The Drone.

The acting is powerful and emphatic. The six characters are friends (except for the ethereal ‘Mother Nature’) and, on top of those previously mentioned, there is a strong-voiced but barmy philosopher and a man who is often the butt of the joke and appears to be most influenced by the noise / lack thereof.

The script is mainly a mixture of rapid, comic, vehement lines with an occasional Shakespearean flavour. But at points there are long periods of strange noises. In the first scene a couple sit in silence, the guy brushing his teeth with and electric toothbrush, for what feels a very long time. Mocking him, in the second half his then ex-girlfriend mimics the sound with her cheeks, for an equally long (but much more impressive) amount of time.

All in all, The Constant Drone is an impressive performance. It is refreshingly different and pulls you into a world absent of meaning and full of contradictions. Fogarty plans on expanding the play and taking it up to Edinburgh Fringe, so you can catch it there.

The Constant Drone was performed at SPACE, People’s Republic of Stokes Croft from November 22-24. For more from DarkPlace Productions, visit www.facebook.com/DarkPlaceProductionCompany