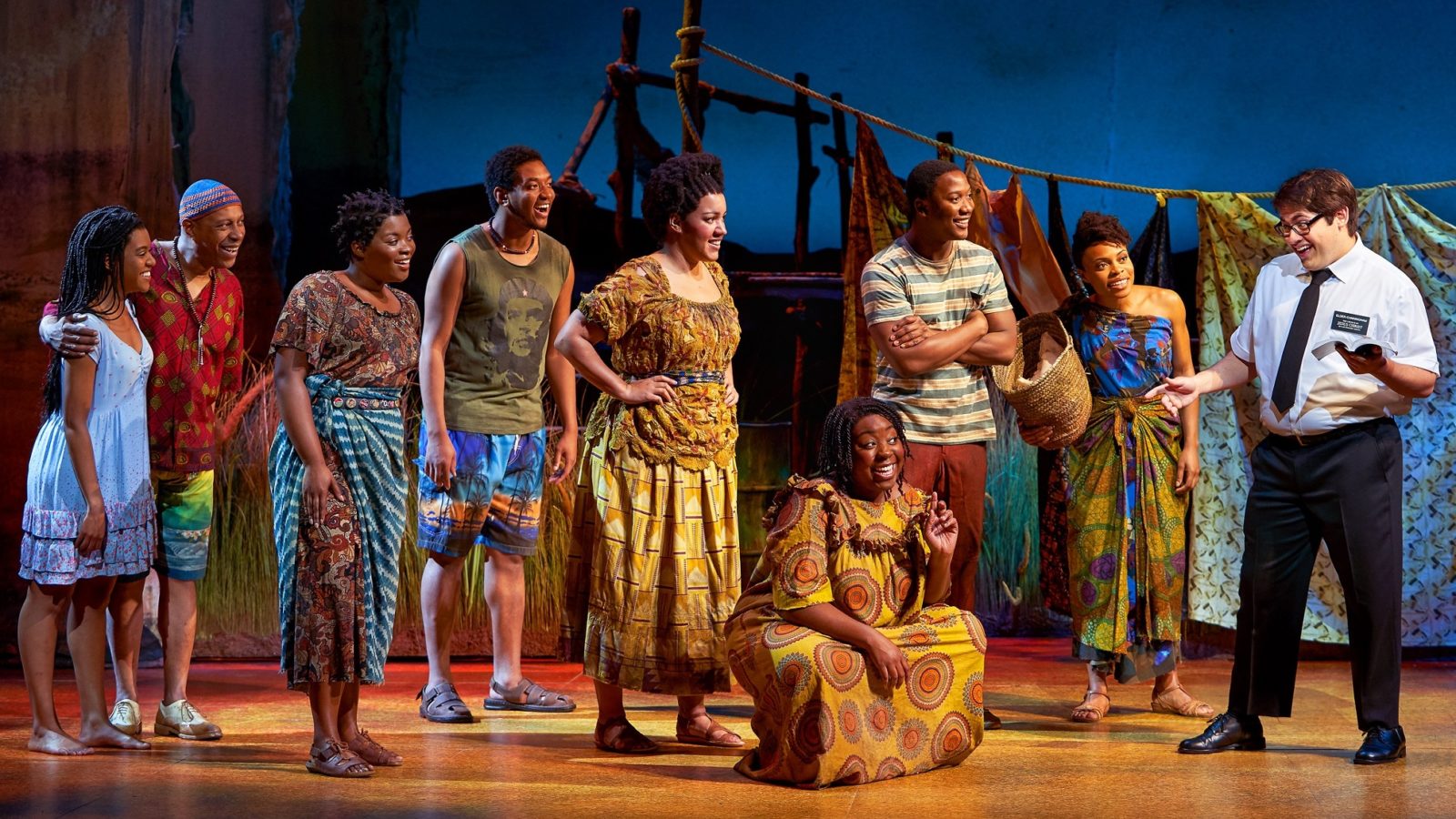 “I like your hat,” a smiling man told me, handing a flyer into my hand as I left the Bristol Hippodrome after The Book of Mormon. It was only when I looked at the flyer that I realised that the man was a Mormon himself, with life imitating art – not in Uganda like what had just happened on stage, but on Gaunt’s Lane.

The original Book of Mormon – an ancient scripture that makes the Bible a trilogy alongside the Old and New Testaments – is so far-fetched and its believers so earnest that they are ripe for pastiche by South Park creators Trey Parker and Matt Stone.

For this outrageously funny show, Parker and Stone joined forces with Robert Lopez, who parents with young children everywhere will curse for being the co-writer of Disney’s Frozen soundtrack, to create a musical that is not for the faint-hearted.

It would be easier to list who the trio don’t offend. From Aids sufferers to the Chinese, race to religion, it’s like a game of musical bingo who can be ridiculed next.

“What the fuck is this?” asks African warlord General Butt Fucking Naked at one point. It’s one of the few comments that makes absolute perfect sense among OJ Simpson playing the bongos, a Nazi stormtrooper dancing with a glittery pitchfork and maggots up scrotums.

What is true, however, as the real-life Mormons outside the Hippodrome proved, is the central element of young men being sent across the world to tell people about a lost tribe of Israel who sailed to the east coast of North America in 600BC.

The young prophets go out “two by two and door by door, because God loves Mormons and wants some more,” according to one of the songs.

And that’s just what all-American jock Elder Price, played by Robert Colvin, and Elder Cunningham, played by an Olaf-like Conner Peirson do, in the process angering warlords, baptising the Ugandan locals and spinning even more of a yarn than the the foundation of the Church of Jesus Christ of Latter-day Saints by Joseph Smith after an angel told him where to find the book inscribed on golden plates in New York State in 1830.

Even managing to subvert the musical genre while being a musical itself, The Book of Mormon is not a play to take your great aunt to, but this irreverent, outrageous and hilarious show is the best fun you will have in a theatre in Bristol this year.

The Book of Mormon is at Bristol Hippodrome until February 22. For tickets and more information, visit www.atgtickets.com/shows/the-book-of-mormon/bristol-hippodrome