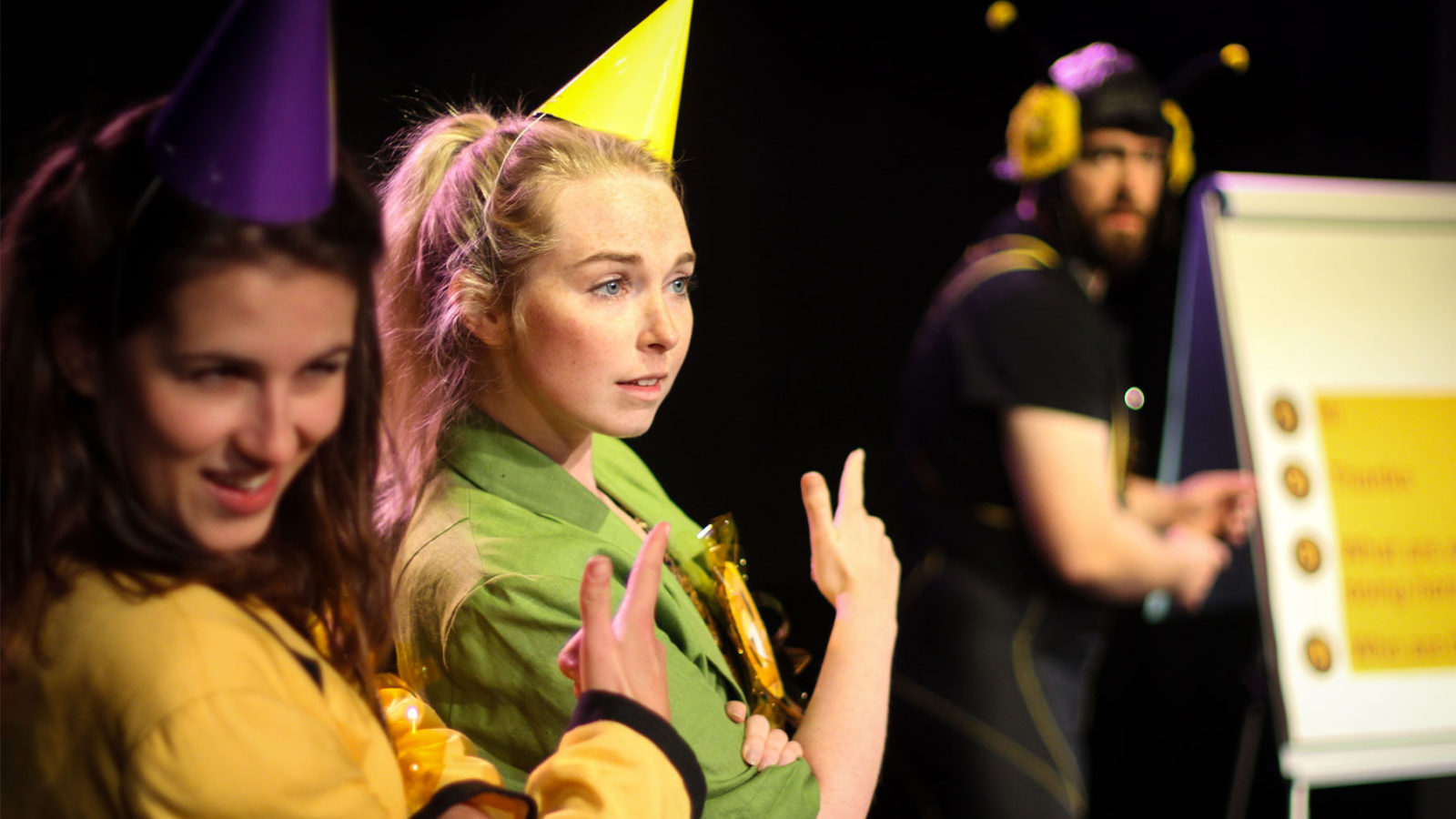 Life imitates art at the Tobacco Factory Theatres this half term as a new political party (disguised as a party party disguised as a show) is launched by a small group of people.

The difference between this party and the Independent Group launched by seven breakaway MPs on Monday at exactly the same time that Me & My Bee opened in Bristol, is that this party has a clear sense of purpose.

And also rather than invite journalists into a small room in a London hotel, Me & My Bee is a hilarious family show which will get adults laughing as much as children.

The party’s aim is not just to have fun but to save the bees, and in the process teach the world about the amazing work that they do.

It’s the two women’s role to lead proceedings and recruit potential party members, while Joe acts as the comic stooge and manages to embody a bee despite looking more like a prop forward than a ballerina.

The show (which opened at the Edinburgh Festival in 2017 and has now been on tour for more than a year) sees the three actors sing, dance and share information on a flipchart because they can’t afford a PowerPoint presentation (rather like the Independent Group whose website crashed during their London launch while Me & My Bee played on in Southville).

“We care about you more than the big dogs do,” Josie says with conviction to the audience, who are roped into the show in a variety of ways.

“We’ll take a rolled-up Daily Mail for you,” she adds later, and there are no better expressions of love for our tiny winged friends than that powerful sentiment.

With awkward silences, an R Kelly song and even a cameo appearance from Donald Trump, the trio on stage embody the anarchic spirit of Vic Reeves and Bob Mortimer.

Me & My Bee is gloriously surreal, at times uproariously funny and at its heart deeply poignant.

Me & My Bee is at the Tobacco Factory Theatres until February 23. For tickets and more information, visit www.tobaccofactorytheatres.com/shows/me-and-my-bee