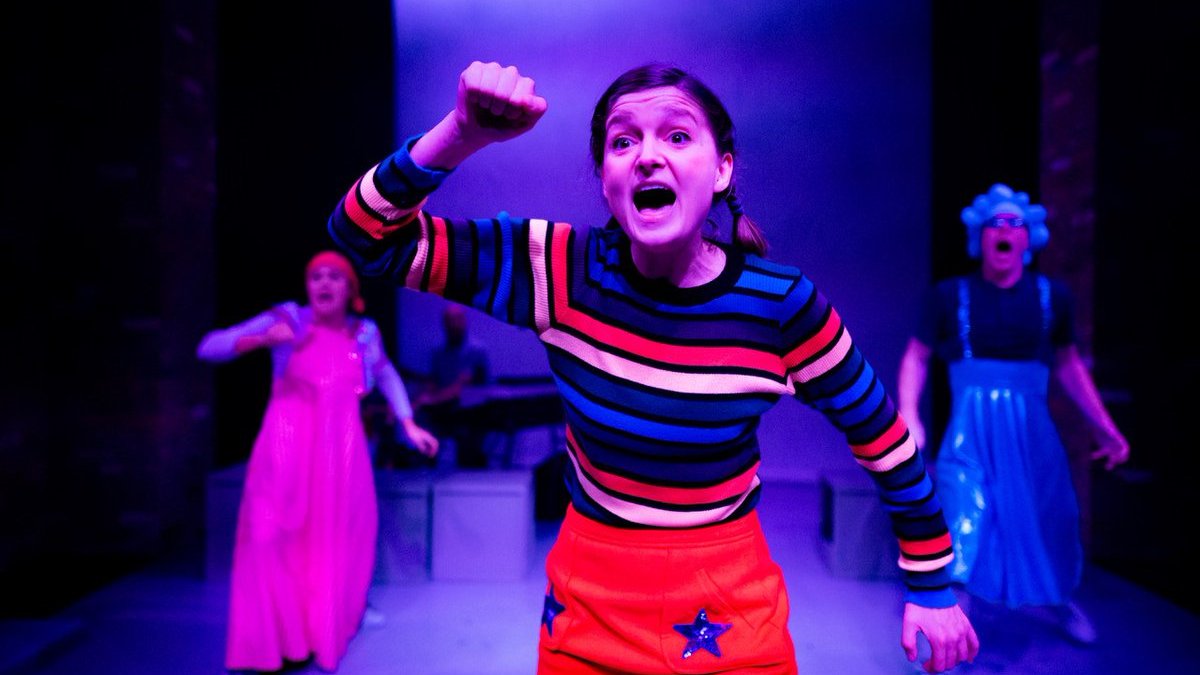 Not many shows recommended for children aged four to seven are set against the backdrop of a totalitarian regime.

The world of Chloe and the Colour Catcher at the Bristol Old Vic’s new Weston Studio is all grey. Like a monochrome version of Blue (Da Ba Dee) by Eiffel 65, the colours have been sucked out by the evil Her Greynesty and woe betide anyone who talks about them.

As in 1984, citizens are under constant surveillance and there is an intense cult of personality around Her Greynesty, who must be obeyed or else.

Vote rigging, voter suppression, corporal punishment – it’s all here. But then there’s also singing, dancing, a classic he’s-behind-you moment and a climactic scene where hundreds of colourful balls are exuberantly thrown by the audience onto the stage. 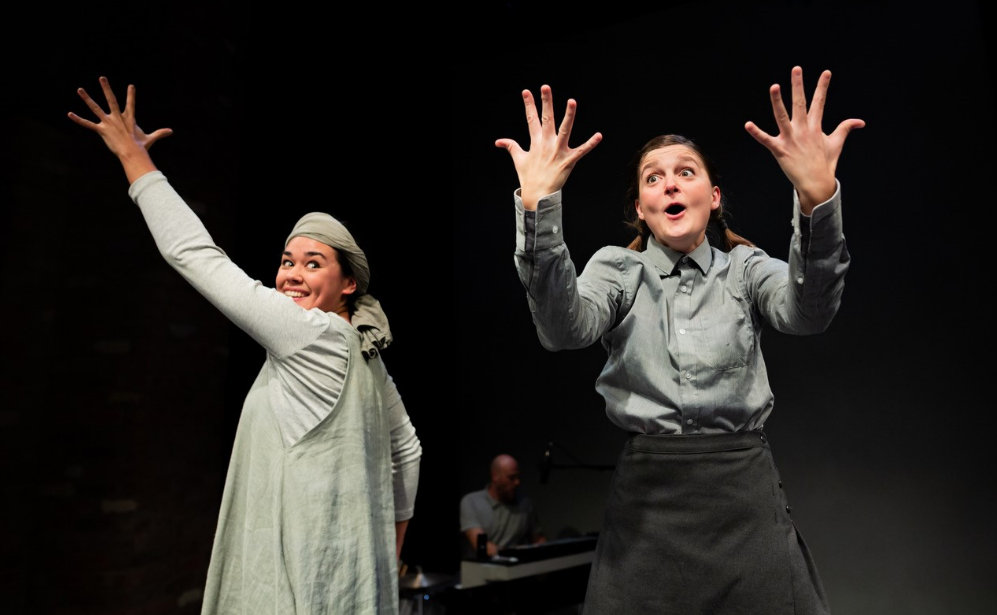 Directed and written by Nir Paldi, Chloe and the Colour Catcher is a co-production between the Bristol Old Vic and Bristol-based theatre company Ad Infinitum and is terrific fun for young theatregoers.

Paldi has skilfully honed into a childlike world of “rainbow warriors” where anything can be achieved but within the usual parameters. “Fight you will,” Grandma Magenta tells Chloe. “But we start with sleeping.”

Chloe is played by Charlotte Dubery with wide-eyed enthusiasm and enviable courage. She is an everywoman who can stand up to terror and instigate change by believing in herself; with a little help from her friends.

With only four actors on stage, roles are regularly switched. The excellent Hanora Kamen plays characters including Grandma Magenta with poise and sparkle, and it is her that allows Chloe to see how her dreams of colour can help change the unfairness of her world.

Music is provided by the octopus-armed Brian Hargreaves, while Peter Edwards has a few show-stealing turns as Greyvina and Her Greyness herself.

Even in a climate of fear there is hope, and Chloe and the Colour Catcher skillfully shows children the powers of imagination and courage.

Chloe and the Colour Catcher is at the Bristol Old Vic’s Weston Studio until January 6 2019. For tickets and more information, visit www.bristololdvic.org.uk/whats-on/chloe-and-the-colour-catcher