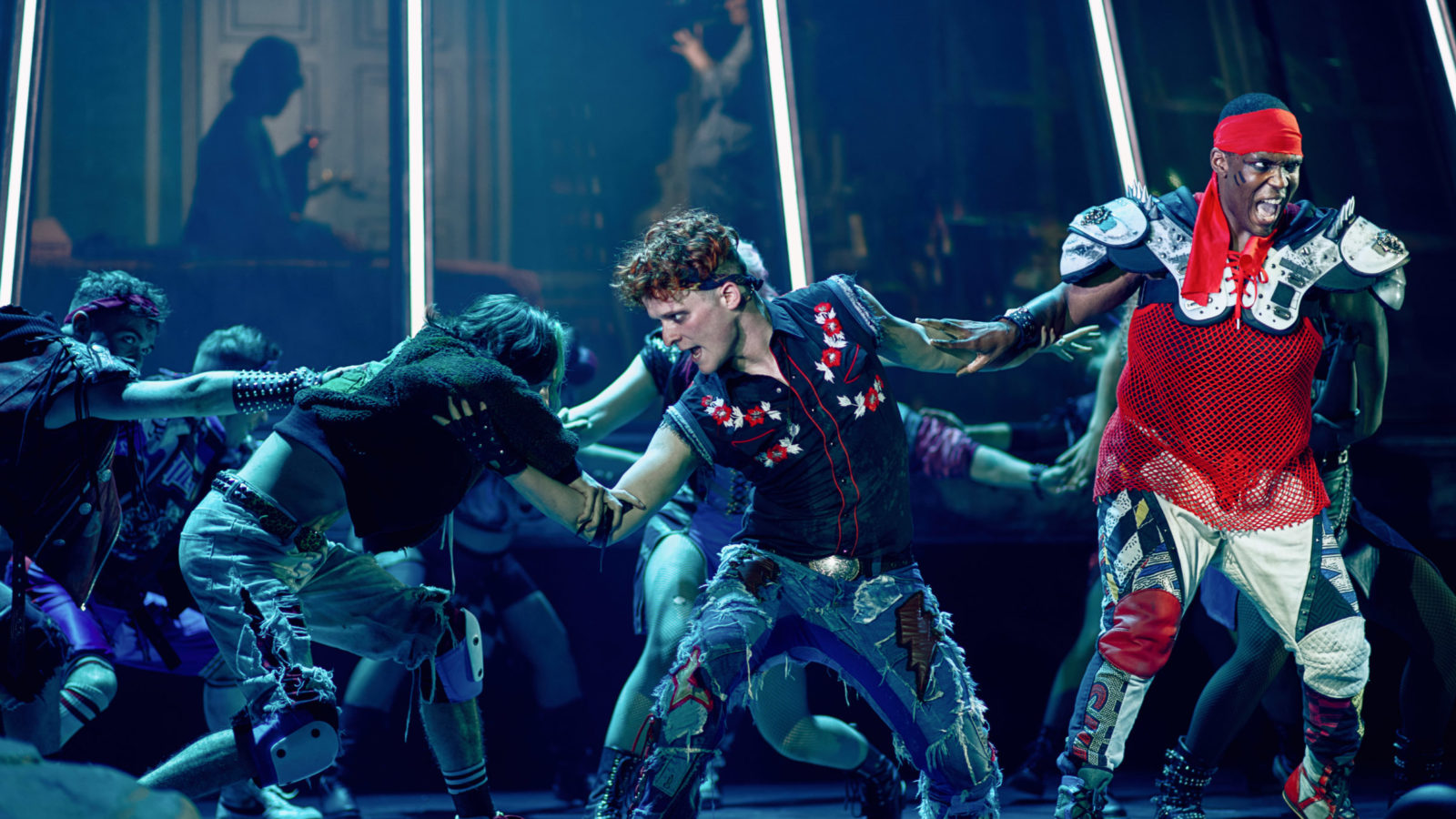 L A Times called him “the Richard Wagner of rock.” This and many other epithets were heaped on the late Jim Steinman for his signature style of music that produced some of the most iconic power ballads in history.

The creative partnership of Steinman and Meat Loaf was charted as one of the most important moments in rock and roll, which produced legendary albums such as Bat Out Of Hell, the biggest debut album ever.

With the death of Meat Loaf earlier this year, there was an added poignancy to the opening night of Steinman-Meat Loaf jukebox musical, Bat Out Of Hell at Bristol Hippodrome.

It was only apt that a musical of such extravagance and exuberance was greeted with a sonic boom of 50 Harley-Davidsons with their leather-clad riders opposite the theatre prior to the show.

With the runaway success of musicals such as We Will Rock You, the musical theatre seemed to have tapped into a niche that has become mainstream in the current zeitgeist.

In recent years there has been a proliferation of jukebox musicals in homage to a string of music legends where a Rizla paper-thin storyline is tenuously set with a compilation of foot-tapping hits. Unlike other jukebox musicals, Bat Out Of Hell is hailed for its storyline. Imagine the story of Romeo and Juliet set in a dystopian future with generous servings of leather and gasoline. 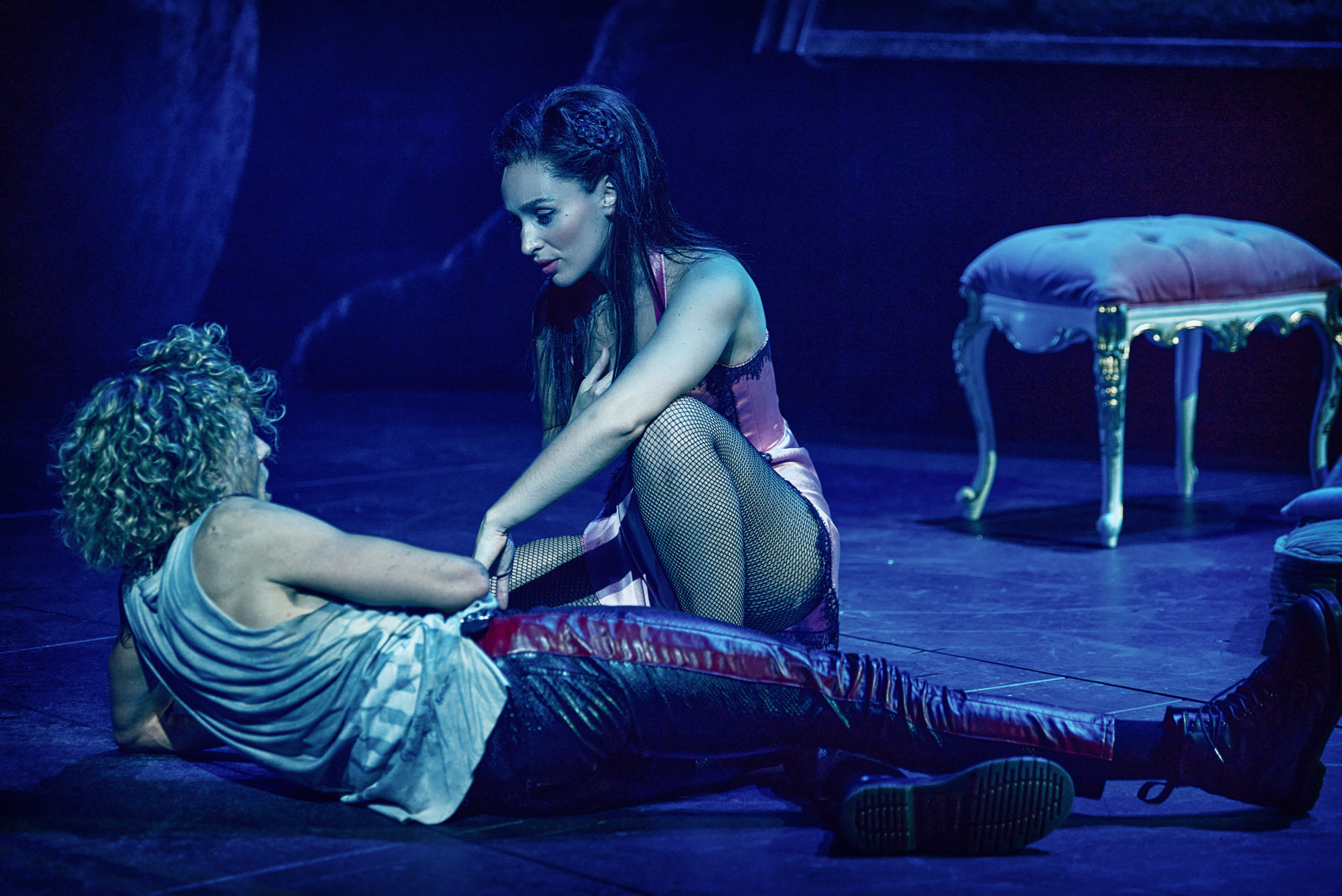 Imagine the story of Romeo and Juliet set in a dystopian future with generous servings of leather and gasoline – photo: Chris Davis Studio

Written by Jim Steinman, Bat Out Of Hell is set in the city of Obsidian, formerly known as Manhattan. When an earthquake struck, a group of misfits was trapped in a tunnel that froze their DNA. Consequently they became forever young and came to be known as The Lost.

The misfits are determined to win their city back from the menacing overlord, Falco. The ringleader of the misfits, Strat sets his eyes on the daughter of Falco, Raven and it is love at first sight. Raven has just turned 18 and she is desperate to set herself free from the controlling grasp of her parents and runaway with Strat to live among the Lost. At the face of growing resistance from Raven’s parents, especially her father can their forbidden love survive the test of time?

As a musical, Bat Out Of Hell has no “fillers”. Each number is a hit by its own right and there were some 19 of them.

The urge of the audience to singalong with the cast is such that there was an announcement on PA system prior to the opening, kindly asking the enthusiastic audience to leave the singing to the trained cast members.

And what a cast it is, The seasoned theatre professionals Rob Fowler and Franziska Schuster play the parents of Raven, Falco and Sloane with both panache and finesse. Unlike the customary “villains” of musical theatre both Falco and Sloane are full developed characters which require a great degree of nuance from the performers.

Both Fowler and Schuster rose to the challenge with ease and channelled the complex personalities of Falco and Sloane. They can be irascible, petty and vulgar but also they have an enormous scope for tenderness, affection and care.

Their signature duet, What Part Of Body Hurts The Most was sung with unparalleled vocal dexterity and depth of emotion which moved the audience to a pin drop silence, managed to capture their failing marriage.

Glenn Adamson and Bristol’s own Martha Kirby have been a revelation in the titular roles where they played the teenage love-birds to a tee capturing the stubbornness, the naïveté and the all-consuming love that go with the roles. Their vocal harmonies blended beautifully as tightly entwined strands that produced some heartfelt moments on the stage.

The secondary characters such as Zahara and Jagwire shone in their own romance as well. Joelle Moses and James Chisholm have been superb throughout the performance with their soaring vocals and infectious personalities. 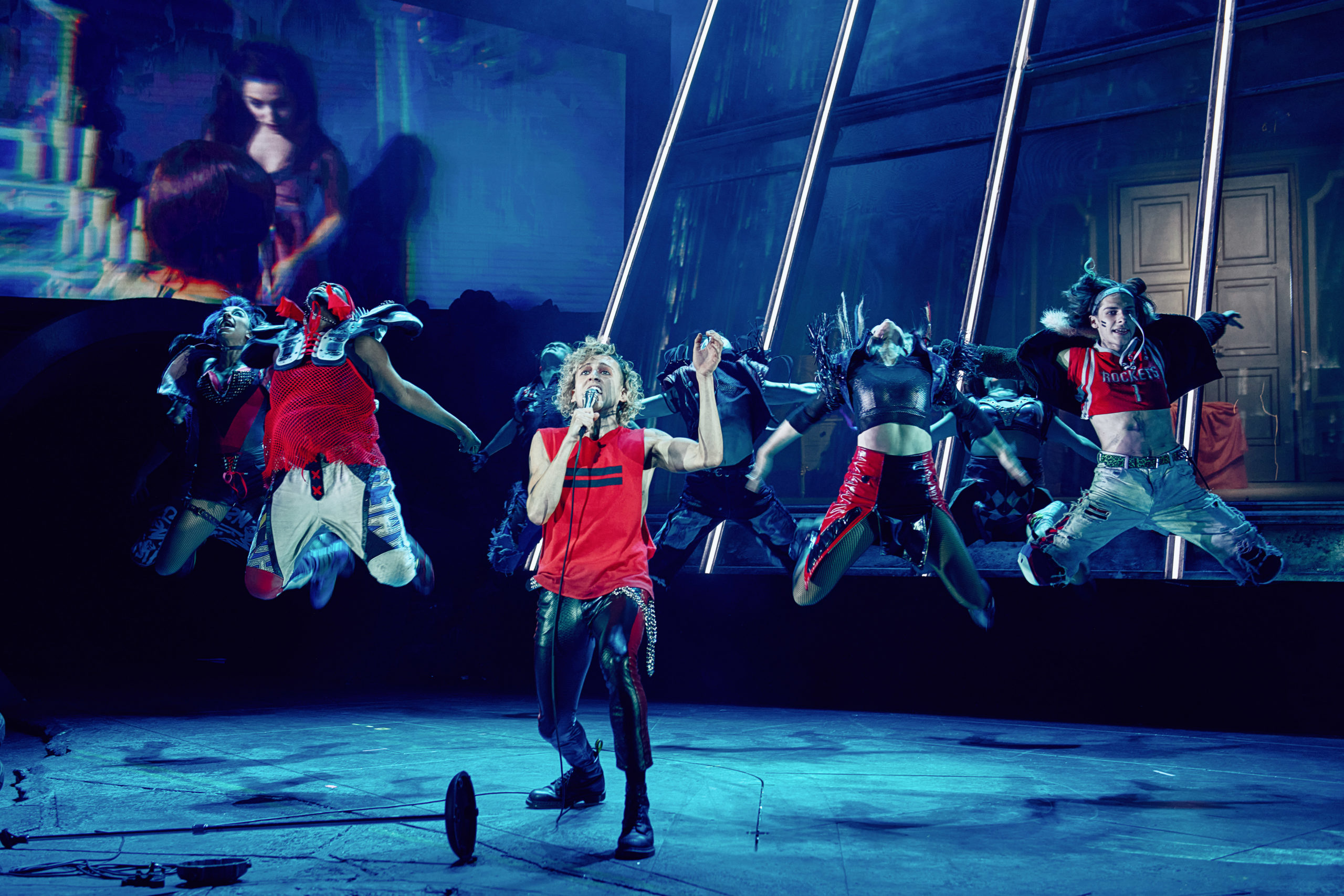 The second act was packed popular power ballads such It’s All Coming Back to Me Now, I’d Do Anything for Love, Dead Ringer for Love – and it was delirium. The choreography devised by Xena Gusthart was sassy, sophisticated and, at times, raunchy while the set designs of Jon Bausor neatly captured the post apocalyptic scenes of Obsidian. The orchestra led by Lestyn Griffiths filled the theatre with a cascade of sonic magic that deftly accompanied the performers.

The raucous standing ovation at the curtain call was a seal of approval from a thoroughly entertained audience which led to an all-star encore much to the delight of the adoring audience.

Read more: Review: Les Miserables, Bristol Hippodrome – ‘Impactful in a way that few – if any – musicals can match’