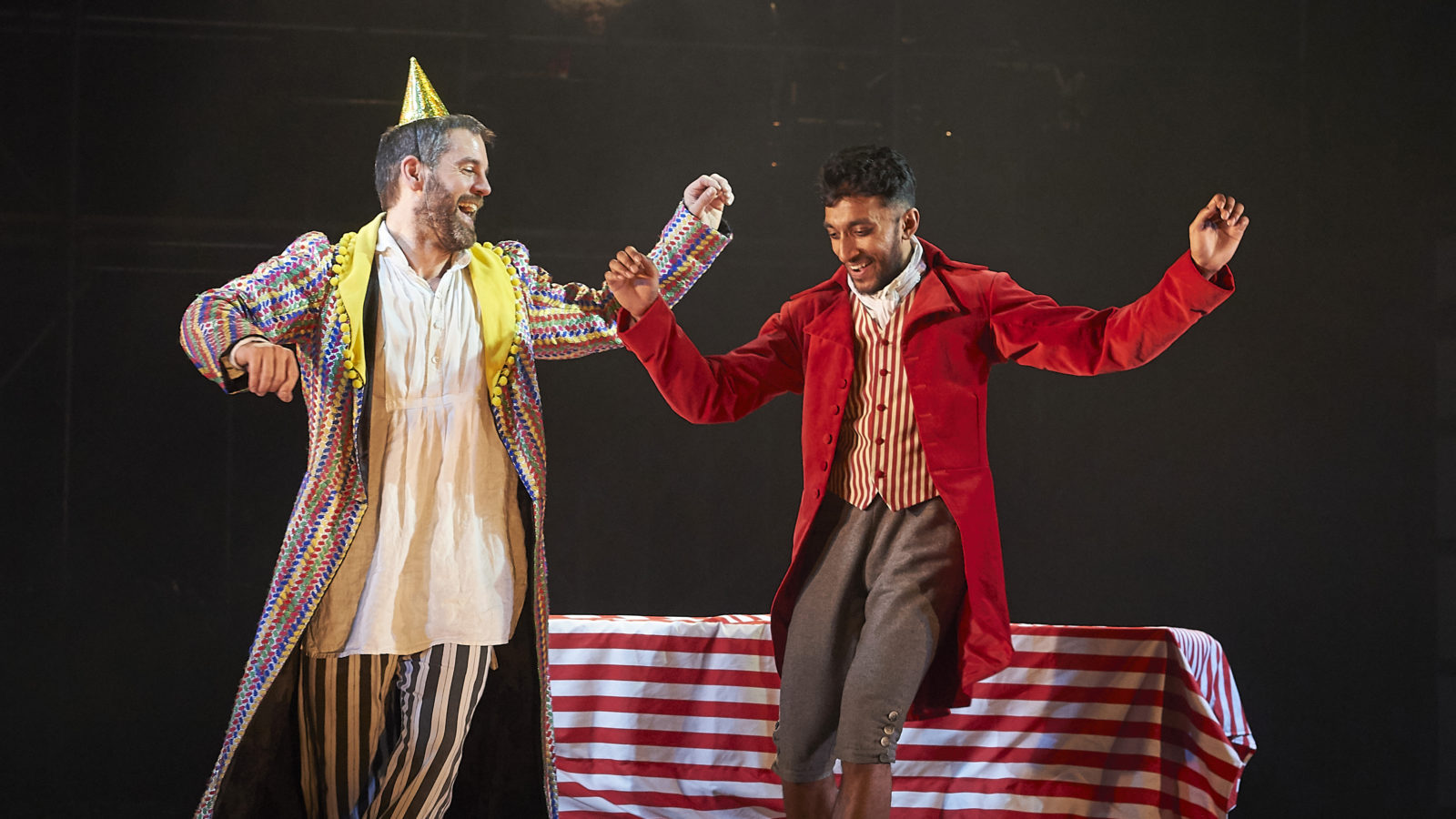 Like most self-respecting Christmas theatre shows, Bristol Old Vic’s A Christmas Carol ends with a heart-warming message about the power of community, togetherness, humanity, sharing, love.

What separates it from some others of its kind, though – and what makes that final resolution immensely cathartic, for audiences of all ages – is that we all feel we’ve really earned it. We’ve been through something here.

This is achieved by a mix of virtues: beautiful, distinctive and instantly immersive set (hat-tip, Tom Rogers), costumes (Jennie Falconer and Louise Nipper), and atmospheric music that belongs to the show and nowhere else (Gwyneth Herbert, also a lusty Ghost of Christmas Present); a pin-sharp script (Tom Morris) that gives up plenty of wit and emotional undertow as required; and, under Lee Lyford’s direction, some very fine performances that have you engaged from the get-go. 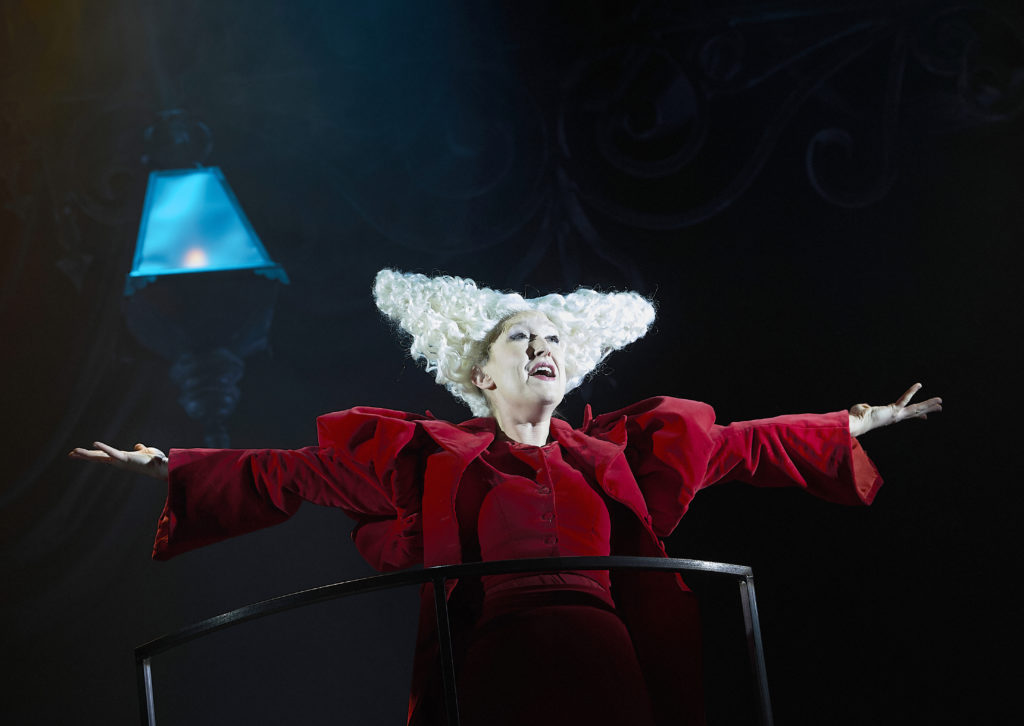 Gwyneth Herbert as the Ghost of Christmas Present. All pics: Geraint Lewis

Anchoring it all is John Hopkins, superb as Scrooge (NB anyone fearing that Felix Hayes’ 2018 Scrooge could not be touched can relax. Hopkins is not Hayes, but he is brilliant). Withering and dismissive at the start, spitting out ‘Bah, humbugs’ like so many unpaid invoices, Hopkins has everything you could hope for from the Scrooge toolbox (he also does a great line in audience asides).

And then, the gradual reawakening of his wounded inner self is moving to witness. When the Ghost of Christmas Past shows Scrooge his much younger self, a small boy left alone in the schoolroom at pickup time, the impact of this sudden glimpse into a lonely childhood is written on Hopkins’ face for all to see. 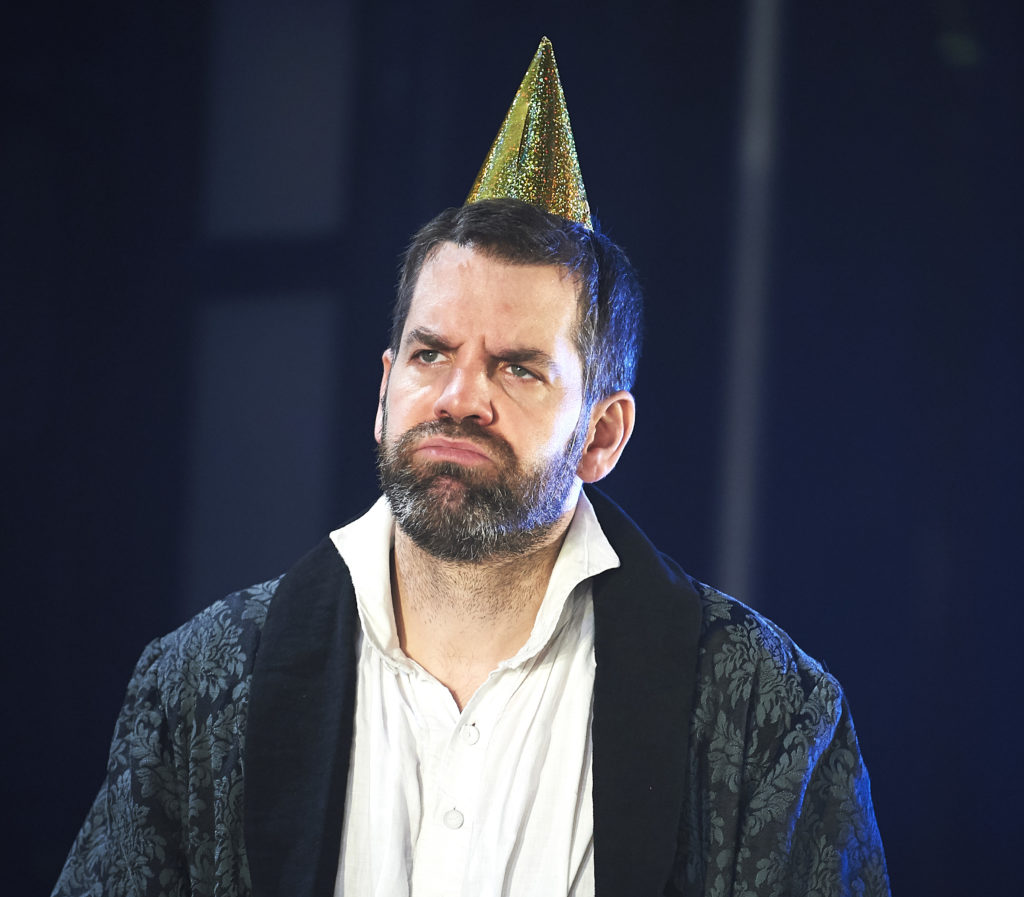 Performances across the cast are all very fine, from Rebecca Hayes as Little Fan, Scrooge’s puckish ingenue of a little sister, whose death from TB started his slide into introversion and sociopathy, to Stephen Collins as Bob Cratchit and Mrs Fezziwig (yes, there’s multi-roling galore, all very deftly done thanks to some nicely distinctive costume sets). 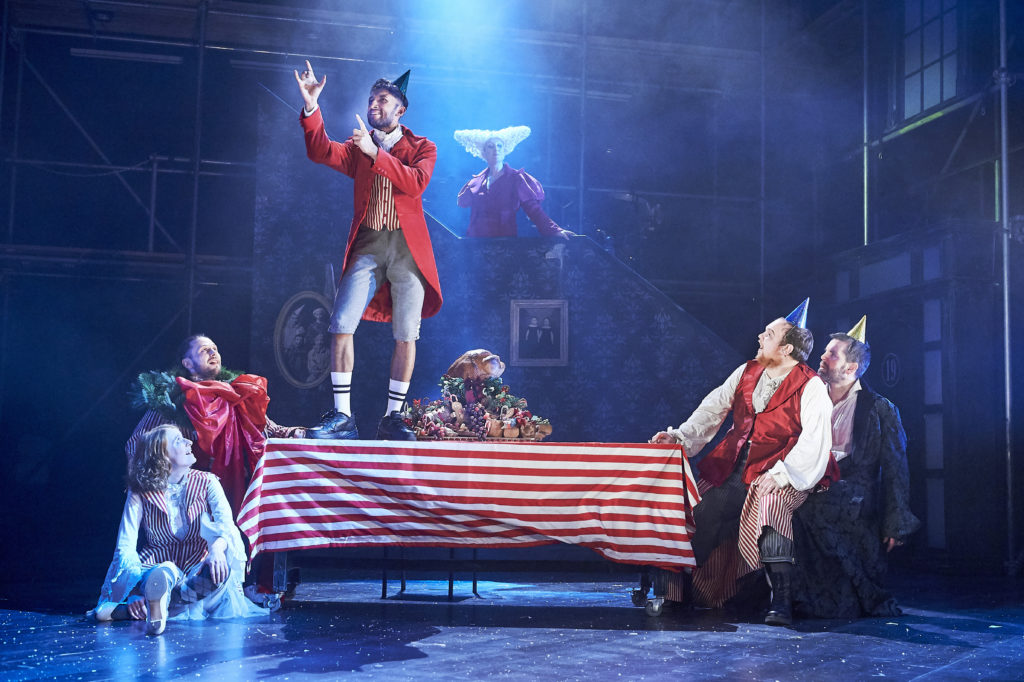 Casting Collins, a deaf actor, as Bob is inspired – the varying abilities of other characters to communicate effectively with him becomes an effective measure of communication, connection, empathy, and it’s a moving symbol of Scrooge’s reintroduction into society at the end that he is, finally, able to get beyond a couple of impatient hand gestures and finally communicate properly with his employee (and now friend). Connection has been established: the good will out. 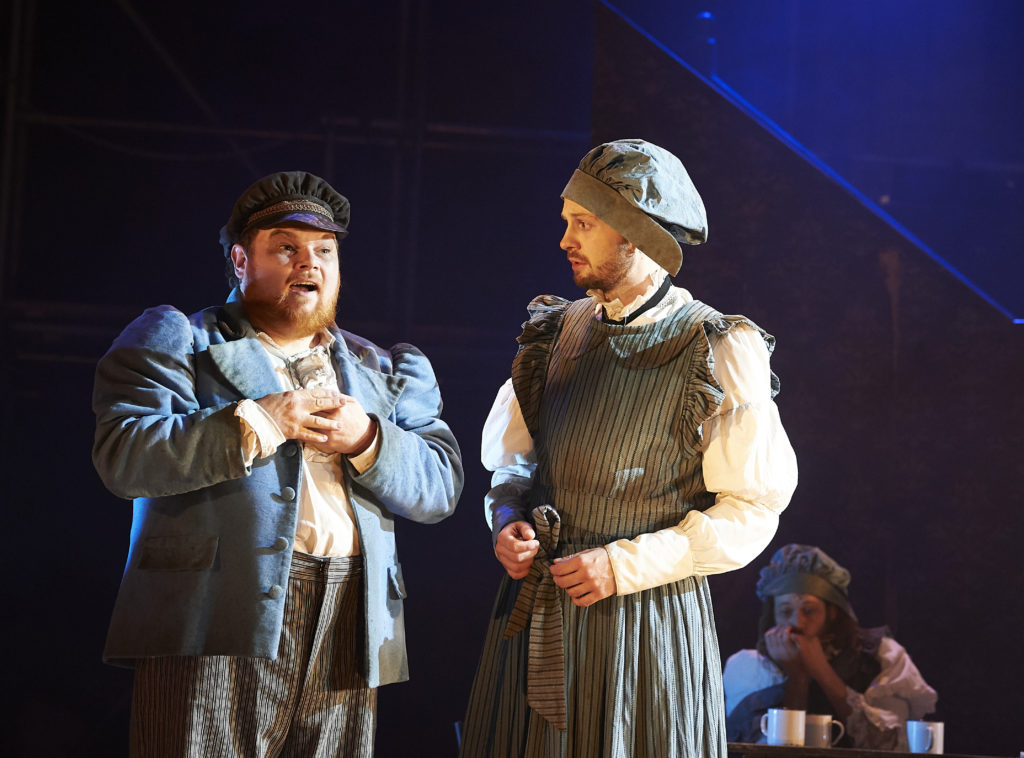 The show also has a great visual aesthetic, too – a bit Dickens-does-steampunk, from the black-clad trio that serenade us at the start (‘We Are The Dead’) on guitar, accordion and kazoo, to the nicely geometric stage set, with scaffolding dividing the upstage neatly into a grid pattern, from which the band and secondary storylines appear half-lit. Some great lines too – “Is he making me into a smoothie using a pre-electric blender?” will live long in the memory. 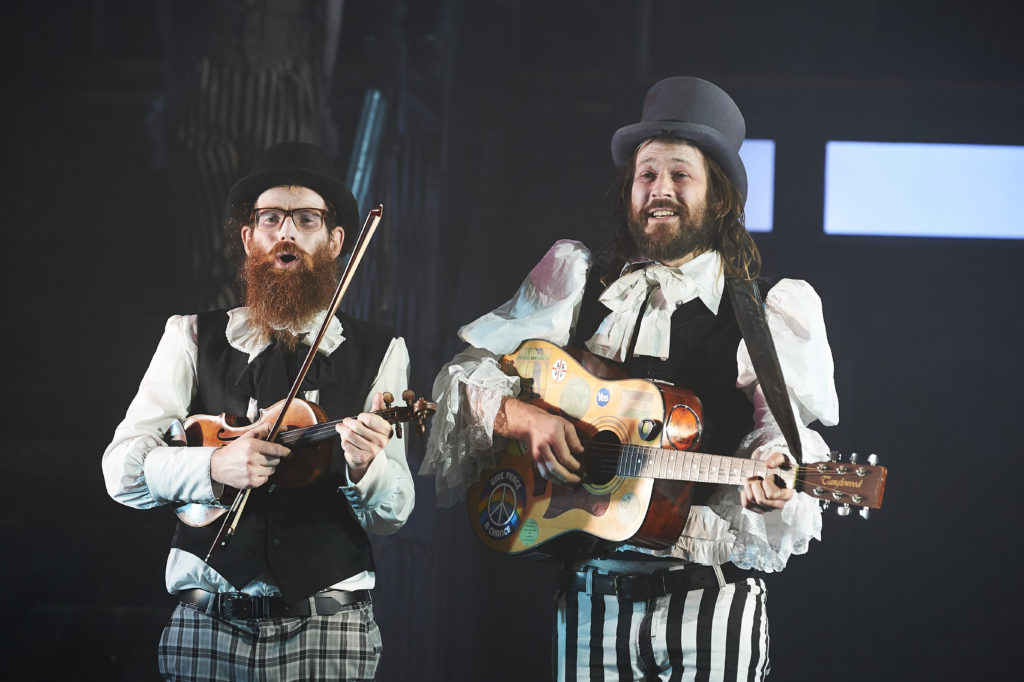 Eye-catching sets and costumes, songs that create their own world, a fully realised yet nicely parallel-world Victorian London; gags and asides aplenty, a steadily growing sense of festive warmth, and a completely convincing account of one man’s journey from isolation to fellow feeling. There’s plenty for all ages to love here.