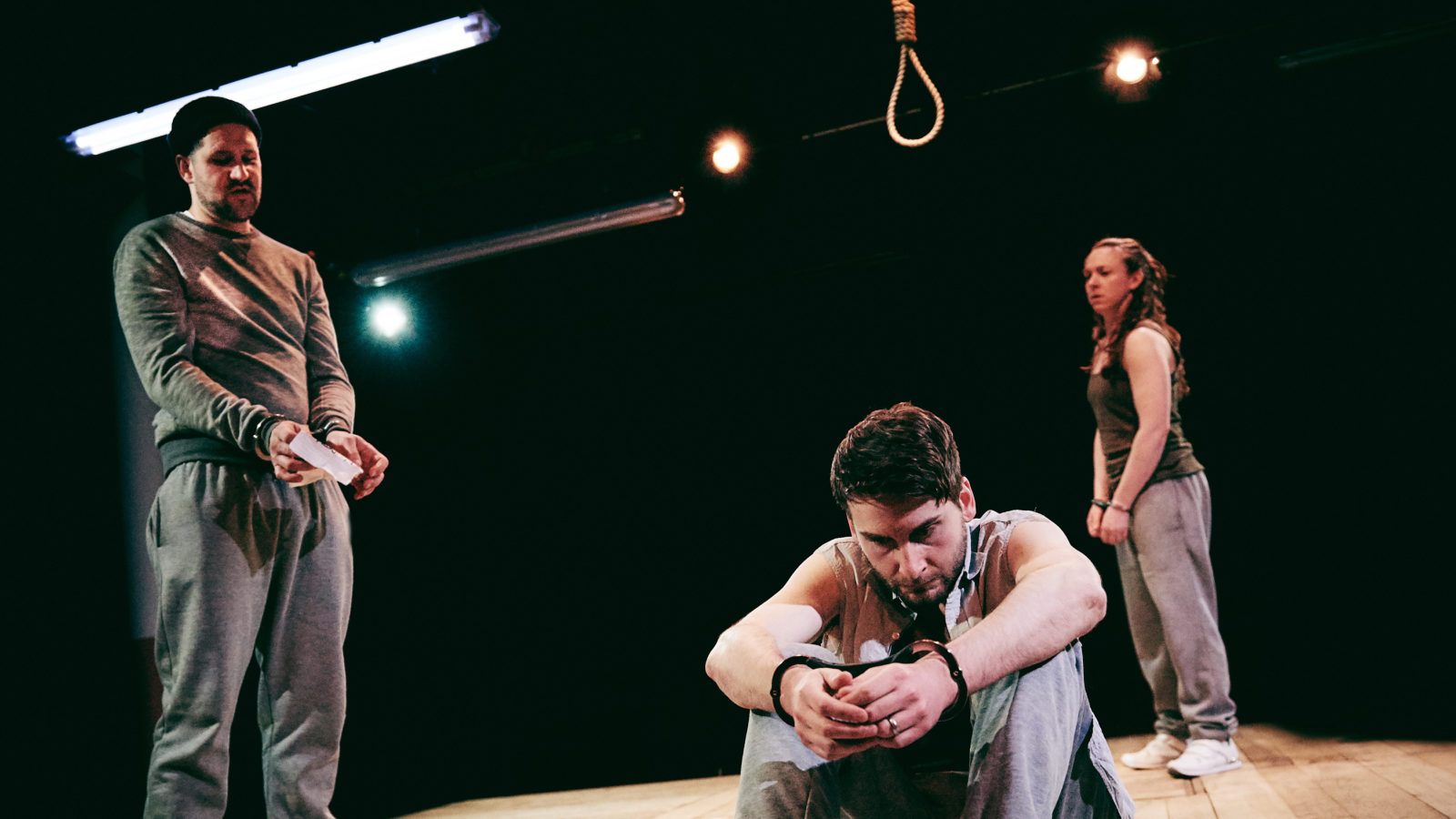 Continuing its run until Saturday, May 11, Tobacco Factory Theatres concludes its second Factory Company season with Timberlake Wertenbaker’s powerful play Our Country’s Good, based on Thomas Kenneally’s The Playmaker.

The true story of the first convict colony in Australia, Our Country’s Good is fearlessly bold and vibrantly theatrical, redressing ideas about the morality of crime and punishment.

Captain Phillip believes that it is his officers’ duty to rehabilitate convicts rather than continually punish them for their criminal past. He commissions a young and opportunistic Second Lieutenant, Ralph Clark, to stage a theatre production performed by the inmates. Battling ridicule and the threat of hanging, Ralph and the actors discover the lives they could have led if society had cast them in different roles.

Witty and thought-provoking, Wertenbaker’s masterpiece questions the meaning of ‘civilised’ society as we know it and who has the right to determine and shape its future. 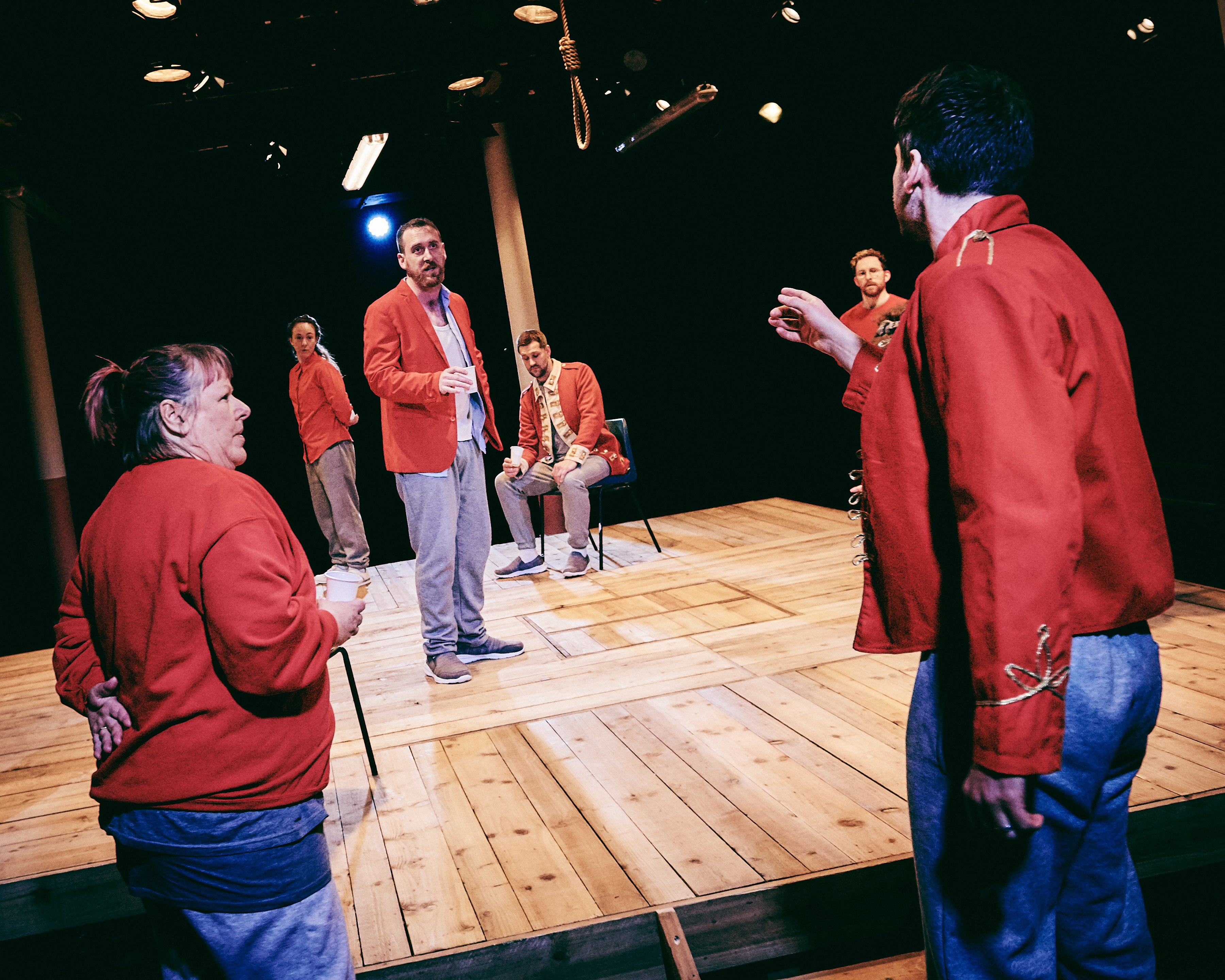 Director Anna Girvan trained in Bristol and honed her craft at Tobacco Factory Theatres. She has since gone on to work at the RSC and the National Theatre, most recently working as Staff Director to Patrick Marber on
Exit the King.

We put some searching questions to Anna about the play, its rich roll-call of characters and enquiry into the nature of crime and punishment, her research (which took her to HMP Dartmoor), and more.

What questions, or problems, does the play pose about the morality of crime and punishment?
I suppose the big question is what is “enough” punishment for a crime? Many of the convicts that were transported had committed petty crimes such as stealing some bread. For that criminal act they spent over eight months on a convict ship, in order to reside thousands of miles away from their friends and family for a minimum of seven years.
I think that today’s judicial system would probably deem that treatment extreme for such crimes – but there is still some grey area in regards to what the treatment of a prisoner should be once they are incarcerated. Even though we can safely say that, in our modern prison system, inmates are not flogged for any misdemeanours they may be guilty of once ‘inside’, there are many strong views against inmates partaking in extra-curricular activities from which they may glean any enjoyment.
As part of our research for the production we met inmates at HMP Dartmoor. Many of these commented upon how officers didn’t feel that them being locked up was punishment enough – and that they were constantly reminded that the officers ‘had a number, whereas we just are a number’. 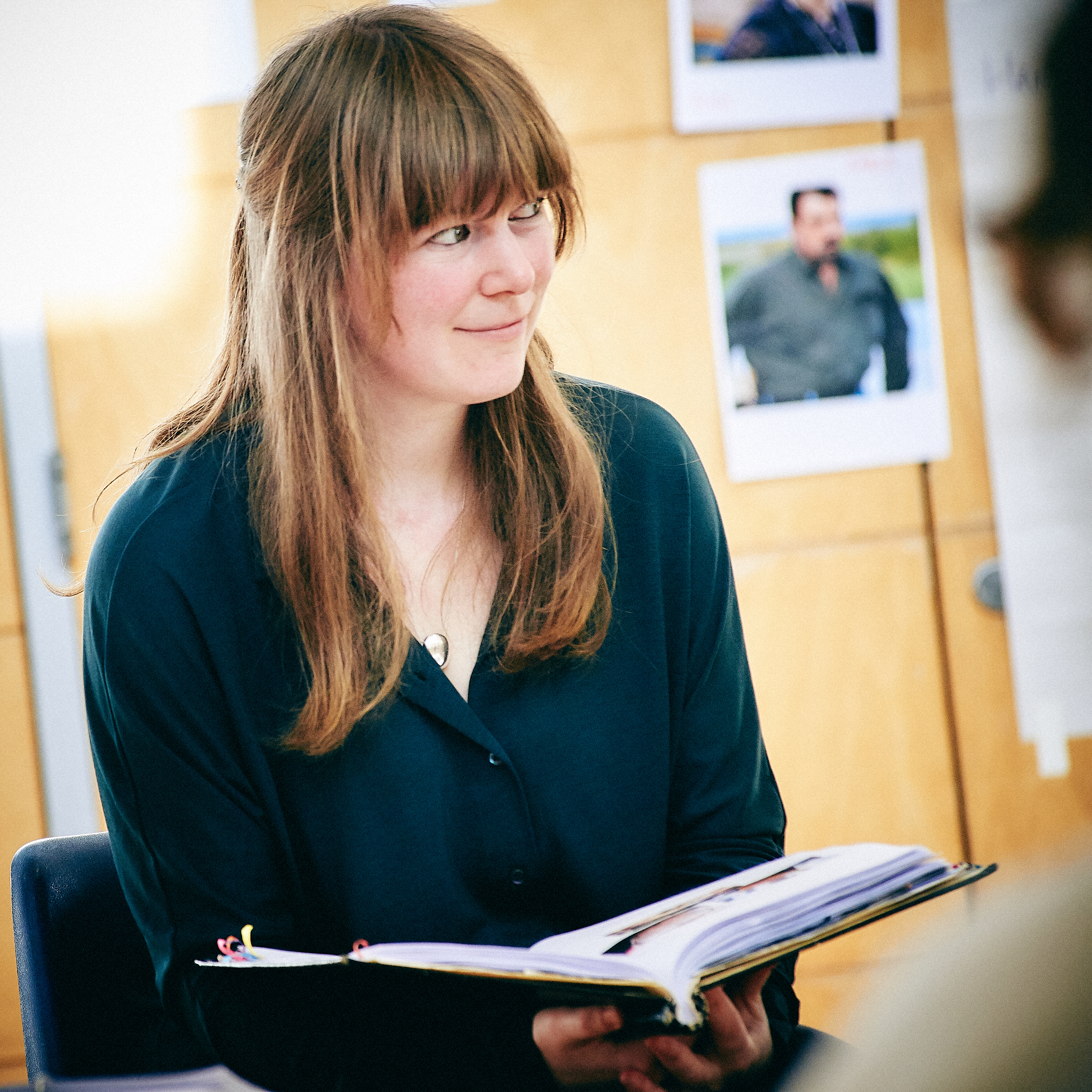 “Ralph and the actors discover the lives they could have led if society had cast them in different roles.” And what is their reaction to this realisation – sadness, bitterness, anger?
There are a mixture of emotions and responses to the characters discovering new facets of themselves.
Liz Morden learns that the world isn’t out to get her and that communication, rather than violent, knee-jerk reactions, can get people to listen.
Duckling discovers that vulnerability isn’t necessarily a weakness, Wisehammer is able to express his writing talents through the play but his voice is still censored (like many prisoners today). And after his failed attempts of breaking out of the convict colony, Arscott discovers he can escape into a character instead.
Out of all of the officers, though, Ralph goes through the largest journey of self-discovery. At the beginning of the play he sees the convicts as criminals ‘fishing’ for punishment and by the end, he has fallen in love with one of the convict women and plans to start a family with her. Aside from his personal life, Ralph sacrifices the possibility of achieving his super-objective (to be promoted from Second Lieutenant) to save the life of one of the most infamous criminals in the colony. 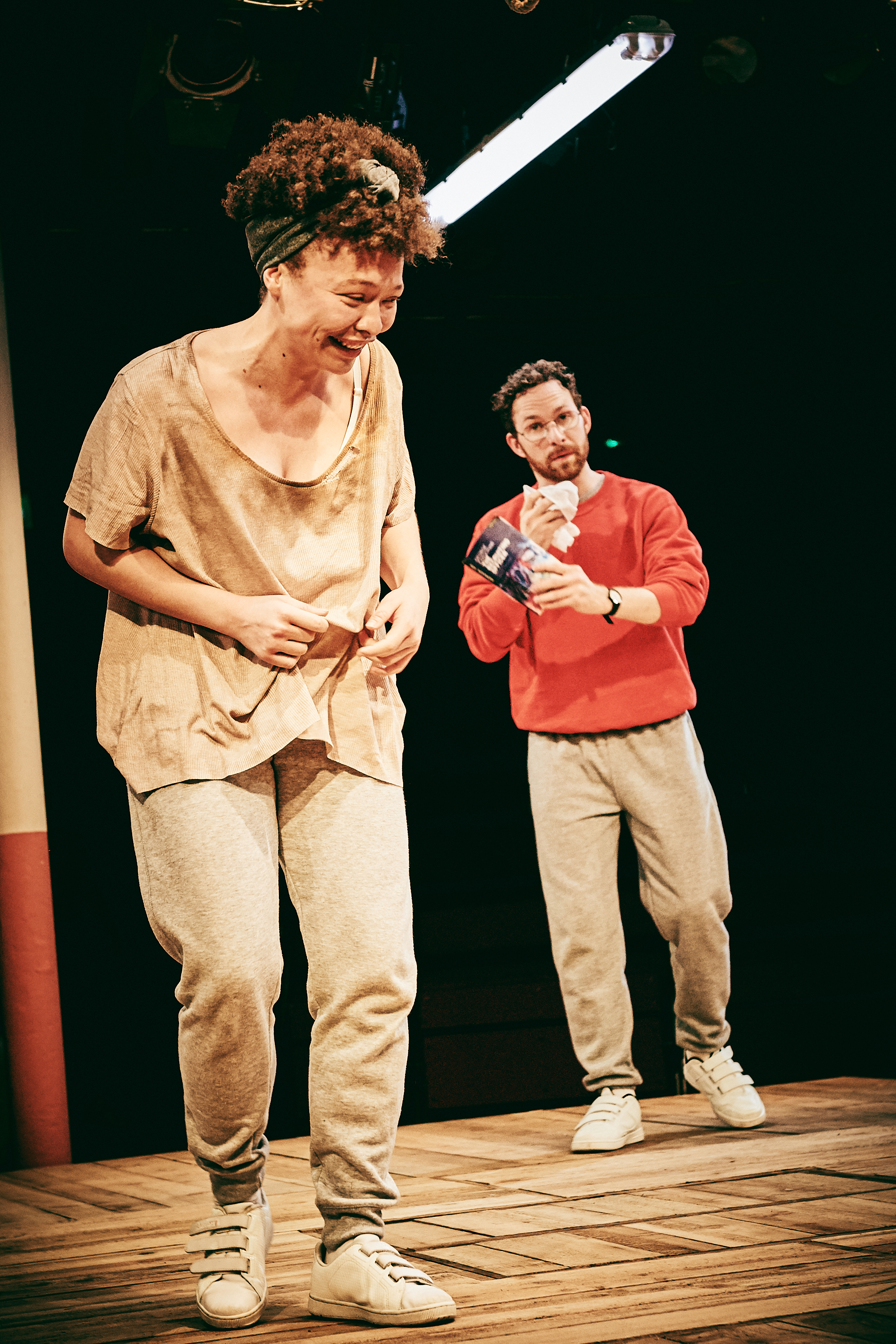 The play puts forward a view of theatre as a humanising force. How eloquently does it make this case?
Ralph is really the lens through which we witness the humanising force of the theatre. He begins the play as sceptical as many of the other officers about the idea of convicts acting in a play: but, as he auditions and rehearses the convicts, he begins to see their humour, intelligence and creativity. He begins to see them as people rather than as their crime.
Captain Philip has strong ideals and he puts a lot of weight into this ‘experiment’ of putting on a play to teach the convicts how to be human beings again and I think he would believe it has paid off. Elizabeth Morden, one of the most violent and irredeemable convicts, breaks her convict code of honour and speaks the truth to the officers about a theft which happens in the colony, saving herself from being the first woman to hang. 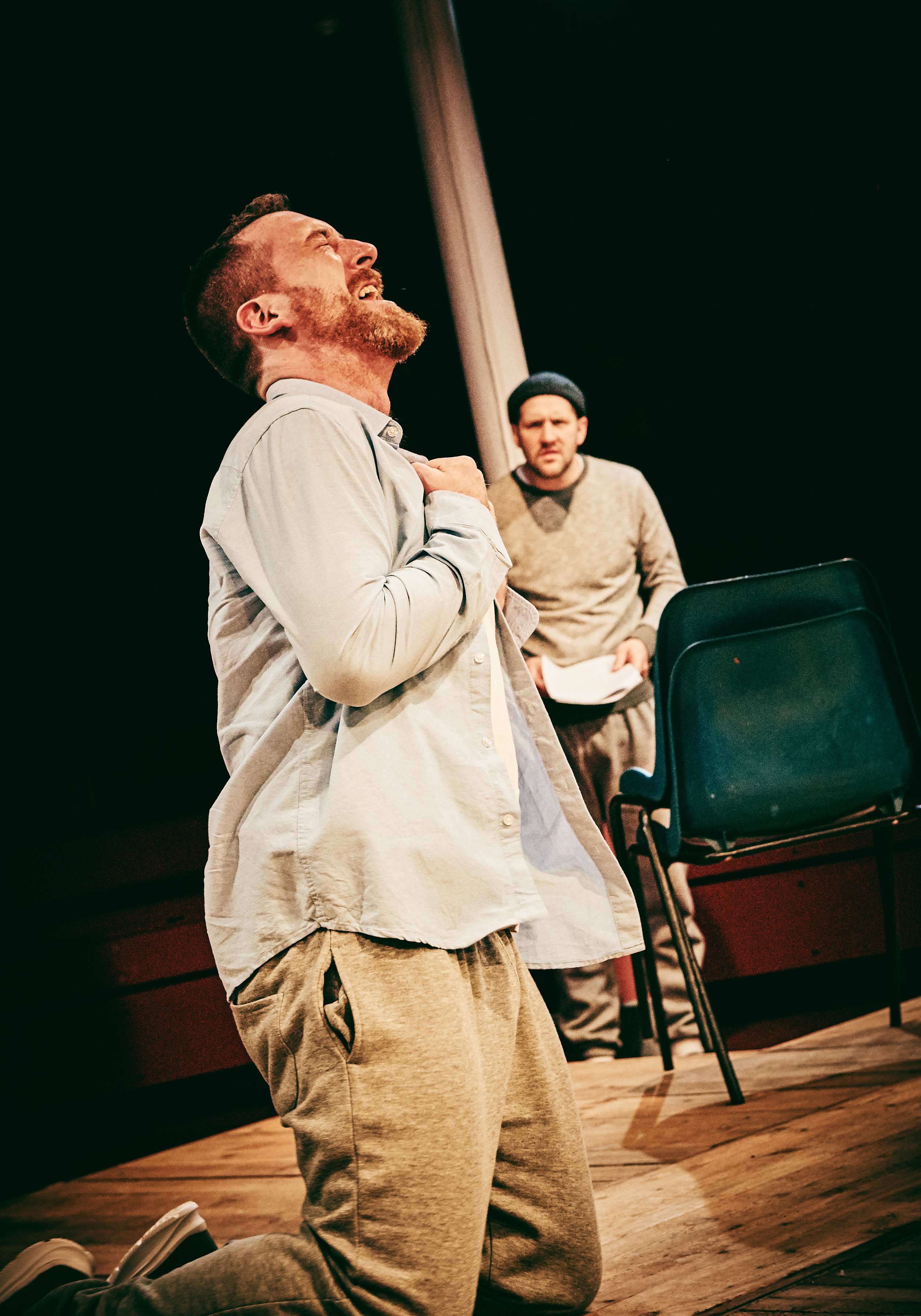 There are so many stories happening within Timberlake’s richly layered play that I feel you could watch it again and again and hear something different. One common thread that she weaves through each character’s life, though, is a complex humanity within the convicts and officers which subtly suggests that we all have innate goodness within us, it’s just that in some cases this goodness may be buried more deeply by social circumstances.

Captain Philip helps Ralph to see that the play has a much larger meaning for the colony. What is this?
I think when Philip convinces Ralph to persevere with the play, he wants Ralph to see that just because something is hard and upsets people, it doesn’t mean you should stop.
Putting on this play with the convicts is a political statement. Like many political statements you will be up against a lot of people that don’t agree or simply don’t want to listen. Much like organising a protest, you will come up against challenges – but that doesn’t mean one should stop and become apathetic. If you really believe in something, you fight for it. 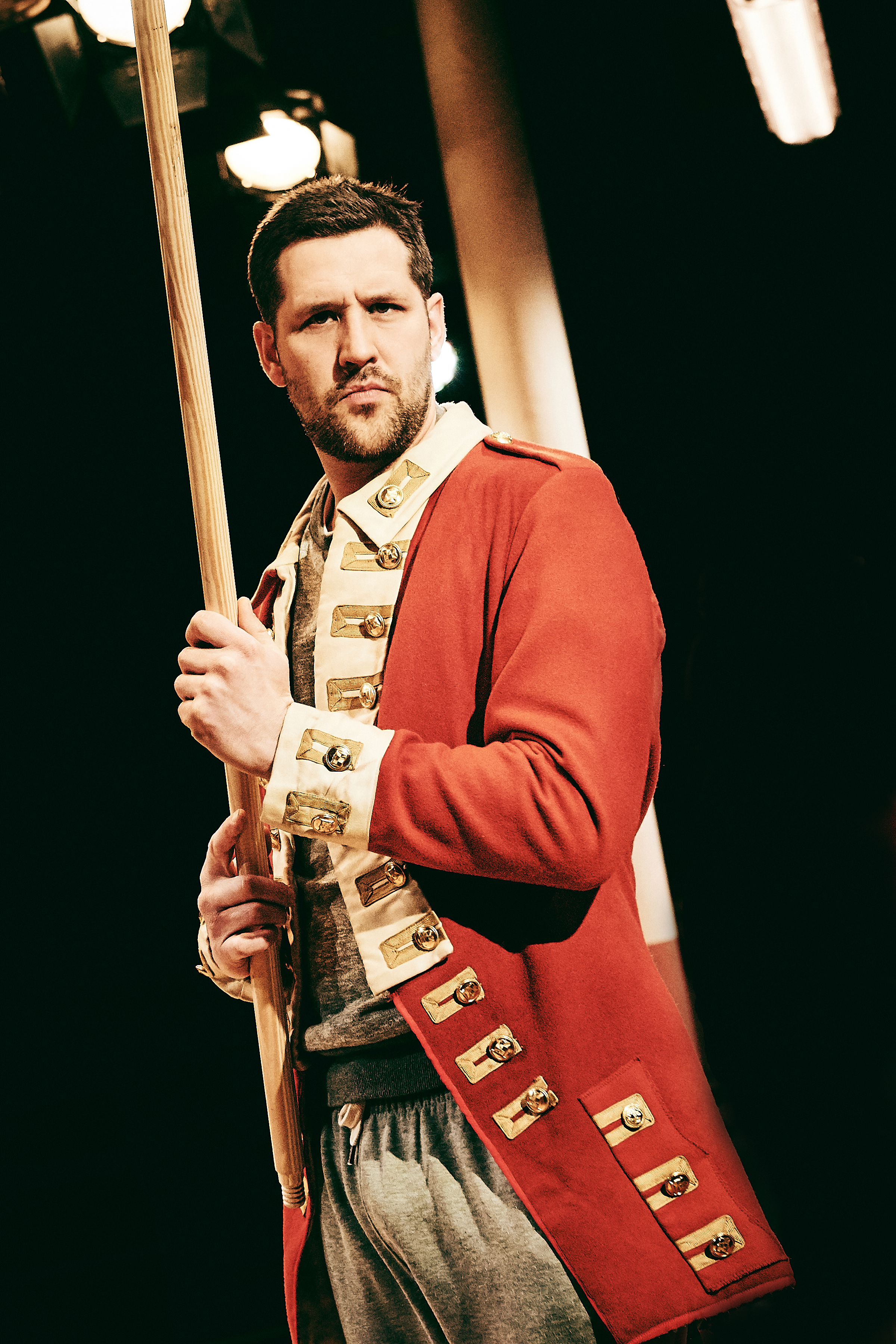 If Ralph were to give up just because things were getting difficult, the message it would send to the convicts is that we all should only do things that come easily and that they aren’t worth the hassle. Stealing a loaf of bread might be easier in the short run than fighting for a job and earning a wage to be able to pay for it, but one would only then be living for that day. If they can see that by putting in months of hard work to create something as a collective, it has great reward and develops a sense of community, then they have a safety net for life.

You’ve talked about the play’s humour and pathos. Can you say more?
I’m struck by how, almost verbatim, Timberlake has captured the characters of prisoners we met this year. There is an interesting paradox in that the inmates have nothing left to lose so they throw their all into productions, but at the same time fear putting themselves in vulnerable situations so the stakes are incredibly high for them when they step out onto that stage. This dynamic lends itself to moments of great hilarity and also deep pathos as what they want most is dignity and respect, like any other human being.

Our Country’s Good continues at Tobacco Factory Theatres until Sat, May 11. For more info and to book tickets, visit www.tobaccofactorytheatres.com/shows/our-countrys-good-by-timberlake-wertenbaker