There is something pleasingly murky about the Rough Trade room, a barely lit box that gradually fills with darkly clad figures quietly standing and staring. It’s an echo from a zombie film that harks back to rougher trading in The Croft’s heyday – but with less disorder.

Quite how it feels to perform in front of this is hard to say but there’s no sign that Ålesund front woman Alba Torriset finds it daunting. Indeed, once launched into her powered-up songs she cast a defiant figure, strikingly dressed with a fierce plait woven around her head and her forceful voice splendidly clear and assertive. The band – three men in hats – did a workmanlike job of fleshing out the music but ultimately this is her gig, the piano parts defining the tunes and her vocal conviction commanding your attention. It’s strong stuff, too, and when she roars that she’s going to ‘fucking break the door down’ the steel in her eyes tells you she really would (or quite probably has). 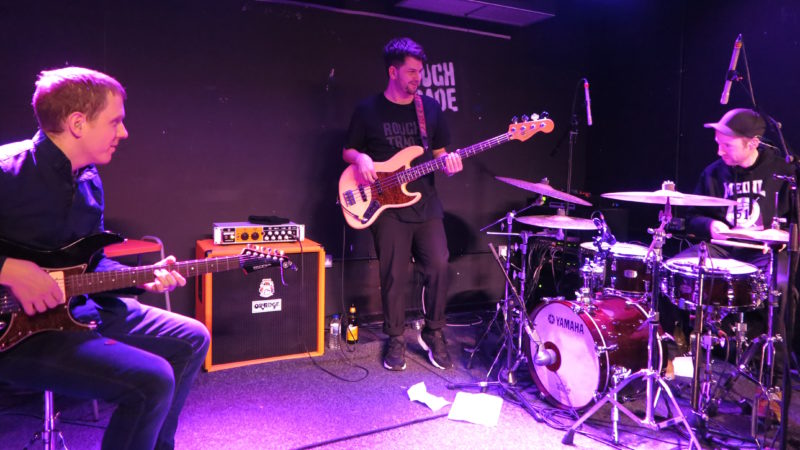 Ålesund were simply ‘tbc’ until the last minute, so there was no doubting why the gig was sold out and when drummer Richard Spaven took to his drum stool the growing mob shuffled forward, anxious for a view of the man in action. Spavin’s kit was set up to face seated guitarist Stuart McCallum and the two would watch each other attentively throughout the set, clearly locked into each others playing. Between them bass man Dan Gulino held his own ground, to some extent rooting the sound as the restless mechanics of the drums played off the spacious/spacy logic of the guitar. Previously seen in Bristol with groove trio SEN3 Dan isn’t this band’s regular third man but he seemed more than confident with the material nonetheless, and the three players generally gave off the vibe of a trio of mates relaxing into what they enjoy. 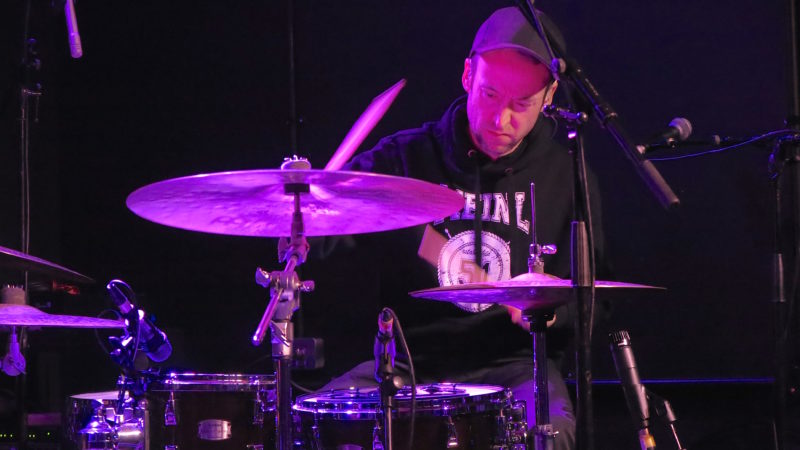 When the first drum machines were released dance music producers seized the mechanical rhythms for all-night high-speed raving purposes and many thought that human drummers would become obsolete. It took players like Reprazent’s Clive Deamer to proved that they could not only master the necessary BPM but also gave something extra, especially playing with other ‘live’ musicians. Richard Spaven clearly revels in the beats and structures of hip-hop, drum & bass and broken beats all of which were at his fingertips as he played but, unlike lesser mortals, he was able to use those stylings freely, letting them reshape with often imperceptible shifts in emphasis. The effect gave a paradoxical gentleness to what were often block rocking beats, not least on the Flamenco rooted Effagy. 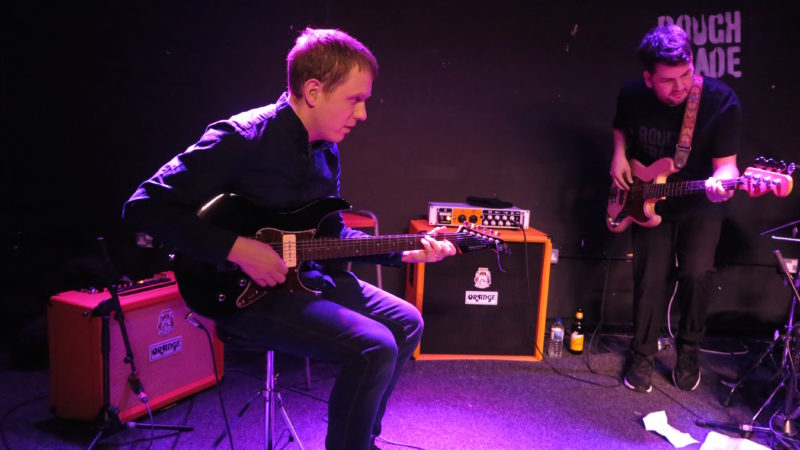 It was that track that really showed how this band frees up Stuart McCallum. In other projects – notably The Breath and Cinematic Orchestra – he is often playing his part in a disciplined arrangement but here he held the melodic role throughout. As Effagy unfurled his playing expanded with the kinds of swoops and digressions associated with the likes of Pat Metheny, always holding the core idea fast while taking surprising liberties with it. As the cascading notes shaped and reshaped, Richard Spaven’s drumming meticulously tracked them, the clipped sound energising the more resonant guitar by deploying a highly specialised set of cymbals that gave exact sound bursts. 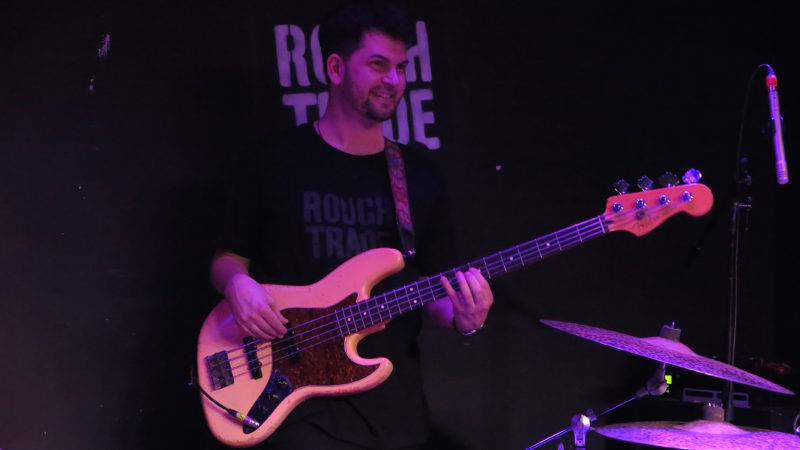 In a tribute to Richard Spaven’s hip-hop roots there was a ‘guess that tune’ medley of things by the like of Tribe Called Quest and J Dilla that, while crowd-pleasing, seemed to lack the inspirational energy of their original material. But all in all it was a very successful night of paradoxes, with a static audience paying thoughtful attention to music essentially rooted in the rules of the highly kinetic EDM canon – people at the front even sat down on the floor to listen better. Paying out with Side II Side, the dreamy song shorn of it’s plaintive vocals had a prog feel, albeit with broken beats, as McCullum’s drifting guitar evoked something of mid-period Can. It was a soothing end to things, possibly a nod to the audience’s chin-stroking faction and even they were drawn into the rapturous applause it justifiably attracted.