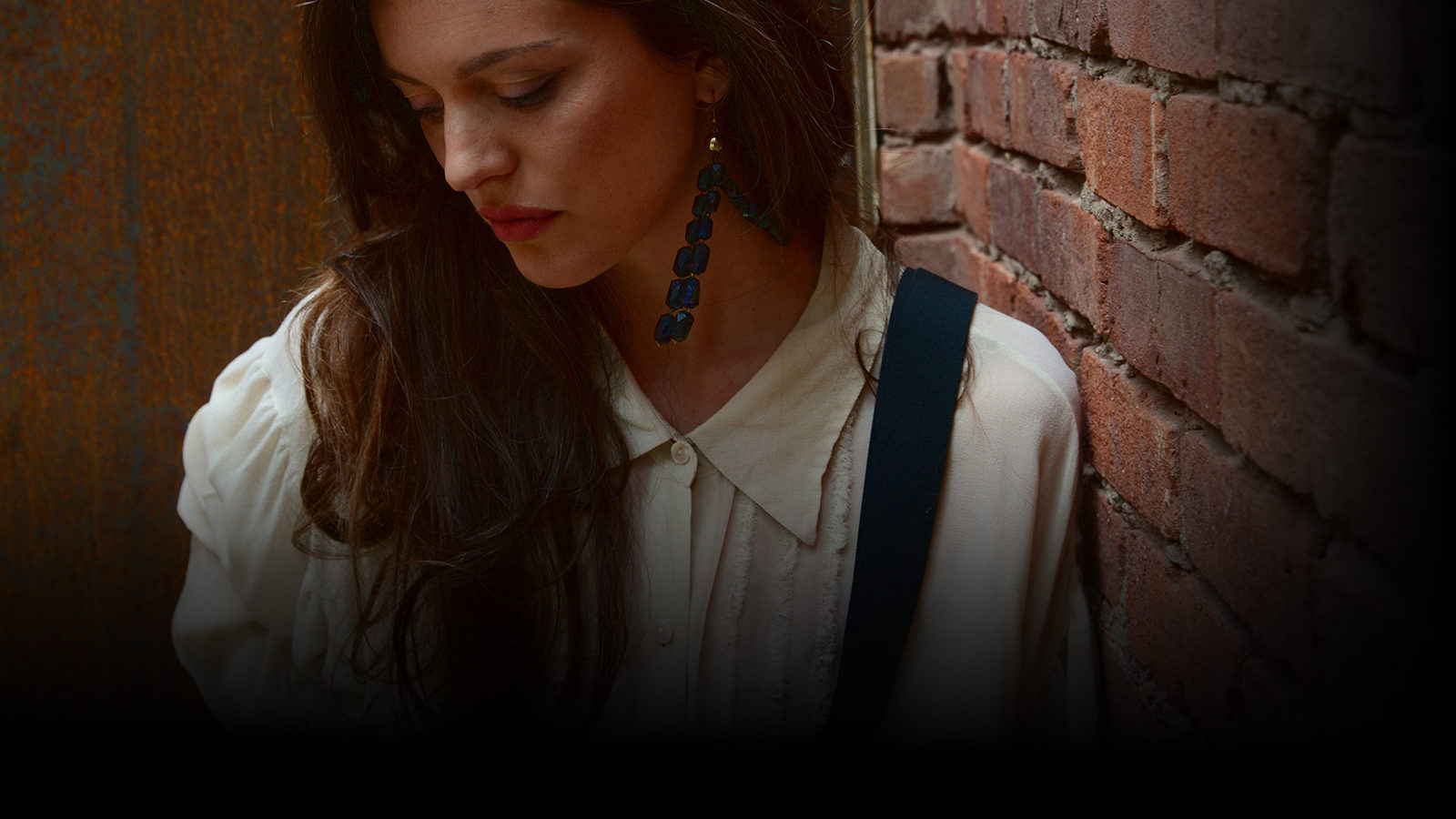 London-based singer-songwriter Olivia Chaney took to the stage at St Georges and, accompanied only by her harmonium and a violin, began with Ewan McColl’s The First Time Ever I Saw Your Face. A brave opening choice – one of the most strikingly beautiful love songs of the 20th century. Delivered here with a pure vocal style just hinting at the song’s folk roots. It was the first of an extraordinarily diverse set of covers that peppered this performance. Her own contemporary, yet folk-infused, songs set here against the wide range of influences and traditions that have informed them.

Tonight is all about the song—both old and new. The accompaniment to her remarkable singing is suitably sparse. The arrangements, as musicians move around the piano, guitar, cello, violin and keyboard, are gossamer light. Just minimal shifts in texture to frame her beautiful writing, affording her extraordinary voice the space it needs. There is no percussion and little variation in tempo. There is nothing rock ‘n roll about this. Just a striking voice set against sympathetic support.

Her voice is capable of effortless shifts in timbre. Wonderfully dramatic on Joni Mitchell’s A Case of You and fragile on her own romantic songs, IOU and Roman Holiday. Her delivery of the complex textures of Purcell’s O Solitude brings gasps of approval from the audience. She is able to add swing to the 60s pop of Francois Hardy and a diversion into medieval French song brings, with its sprightly guitar accompaniment, an equal playfulness. Her reading of Kate Bush’s Army Dreamers strips away Bush’s highly stylised rendition to expose the delight of the original writing. Only the finest of cover versions are able to do that.

Her most recent recording, Shelter, is not to be listened to on the motorway with the top pulled down. This is an intimate, turn down the lights, put another log on the fire, very English record. So pull up a blanket and spend some time with these deceptively complex, haunting tunes. As she notes tonight, her songs rarely have choruses, but that doesn’t mean their delightful, subtle, melodic shifts don’t stick with the listener. The title track and Dragonfly are memorable highlights of tonight’s performance. Her lyrics are clearly embedded in personal experience. Never overwritten and steering clear of pretension.

On the other hand, the videos produced to promote Shelter wouldn’t look out of place promoting high-end womenswear. There is a risk that this could look like it’s the English folk tradition bought to you by Farrow and Ball, with not a hint of muck under its well-manicured fingernails. She clearly rises above this achingly stylised marketing. She is too talented a musician, too original a writer, too steeped in the traditions she draws on to be written off as a coffee-table artist. Someone should tell her record company that.

During one of her charmingly shambolic between-song introductions, she mentions her love of the music of Dolly and Shirley Collins. Their partnership bought together with the classically trained with the rawness of the folk heritage. Chaney represents this happy collision herself. Her conservatory background is in evidence throughout in the exquisite clarity of her singing and measured accompaniment but always drenched in her intuitive, soulful understanding of the musical histories that informs her settings of these songs.