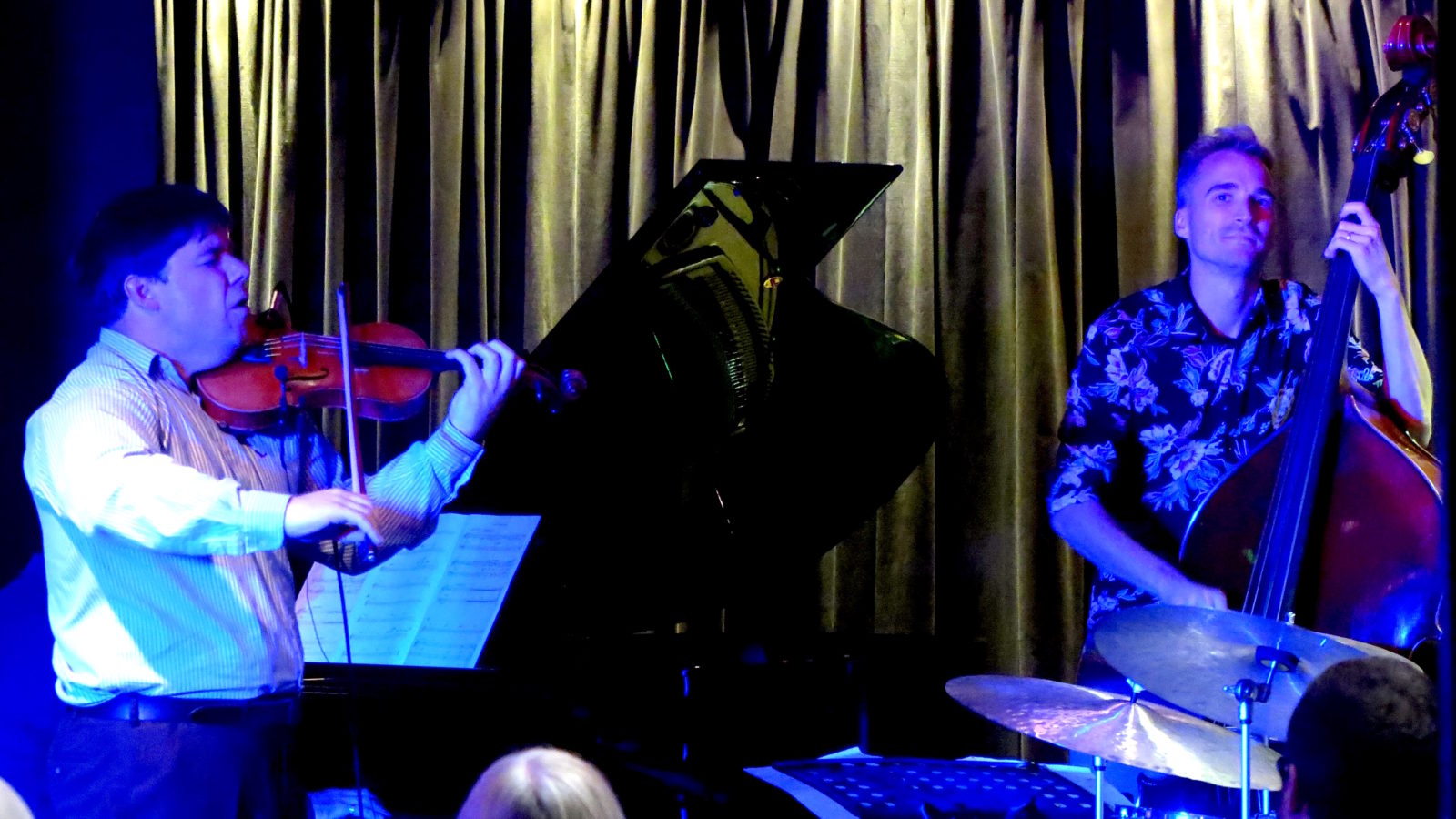 Jazz violinist John Pearce is a much loved performer on the Bristol scene for his combination of flamboyant virtuosity and passionate performance. To describe the (eventual) release of his debut album Just Friends as ‘long awaited’ would therefore be something of an understatement to the capacity audience filling the Future Inn’s basement jazz club. After over two years of imminence it was finally out – as evidenced by a suitcase full of rapidly disappearing CD copies. 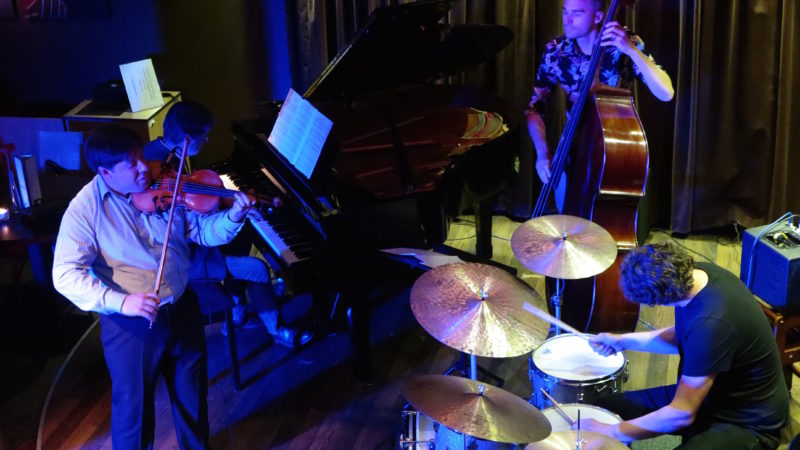 And the fans were clearly delighted as John’s quartet played out the album’s selection of favourite standards, all graced with his trademark Grapelli-esque interpretations as well as strong contributions from regular sidekicks pianist David Newton, bass player Will Harris and drummer Ian Matthews. Opening with the album’s title track they set out their stall well, with impeccable rhythm driving a dazzling cascade of violin followed by a neat piano interpretation. 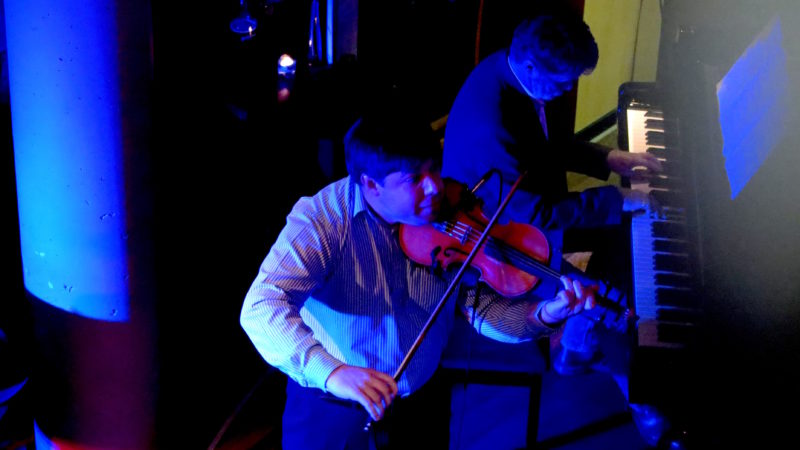 Along with the later playful Almost Like Being In Love and the cocktail bar rendition of Moonlight in Vermont this was a straightforward ‘standards’ approach but more creativity was evident in other numbers. David Newton’s arrangement of Caravan, for instance, began with a halting tango inflection, snapping rimshot and rocking bass-lines in contrast to the usual smooth and sinuous delivery. The piano held up the tune, rolling round a closed phrase for just long enough before the number rocked off in a flurry of walking bass and crashing keyboard chords. 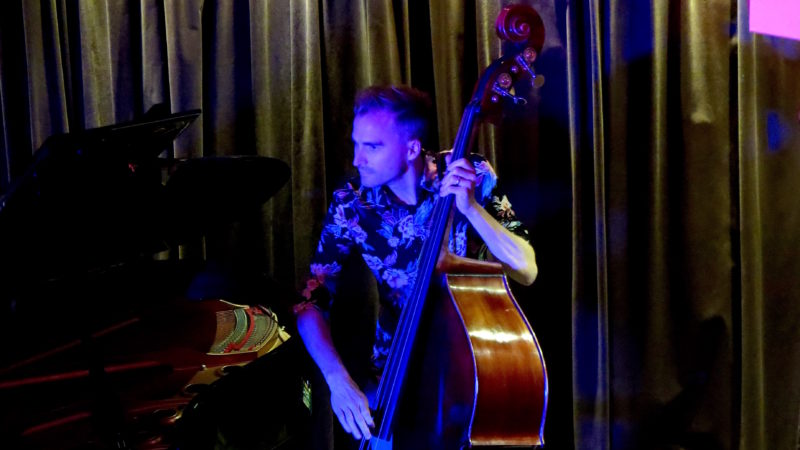 John and David often perform as a duo and their evident rapport shone in this, John’s Liszt-like romantic classicism meeting David’s Monk-minded harmonics and cross rhythms.  The rhythmic drive of Will’s bass playing (a strong feature throughout) deftly steered the piece through the changes and the number climaxed with a fine hard-bopping solo from Ian, slowly building out from a crisp snare riff to a flailing tumult of cymbals. 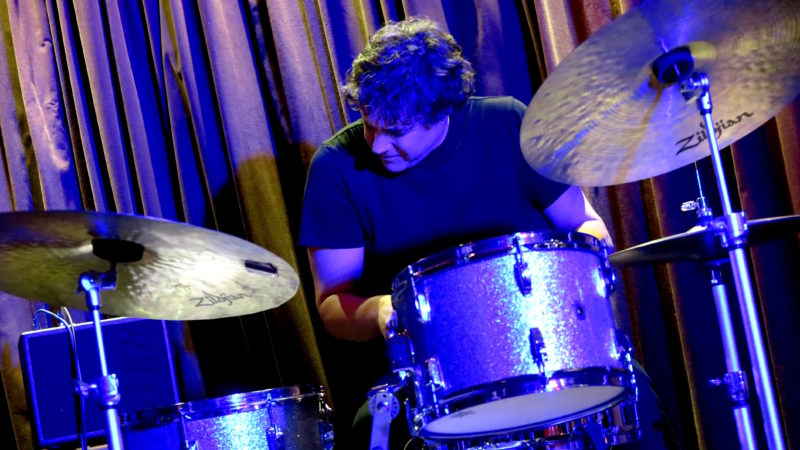 Other highlights included a scratchy deconstruction of Jobim’s So Dança Samba and a breakneck version of Lester Leaps In. The latter kept Ian’s left hand snapping out a remorselessly unfeasible cymbal pattern for almost the entire tune before releasing him into another tumultuous solo that hinted at how much restraint had lain behind the Kasabian drummer’s disciplined jazz contribution. 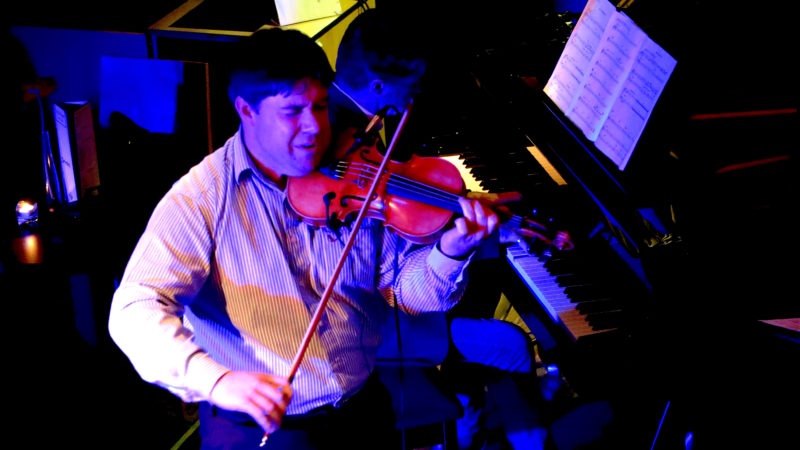 The set – and the album – was an unapologetic and skilful celebration of pure jazziness that could have come from any time in the last 50 years. It was a perfect showcase for John’s talents and reflected the passions that brought him to embrace jazz alongside his classical career as well as giving his many loyal fans their reward for so patiently waiting. Needless to say it all went down a storm with the room and I would doubt John had to carry many copies of the CD home after the gig.