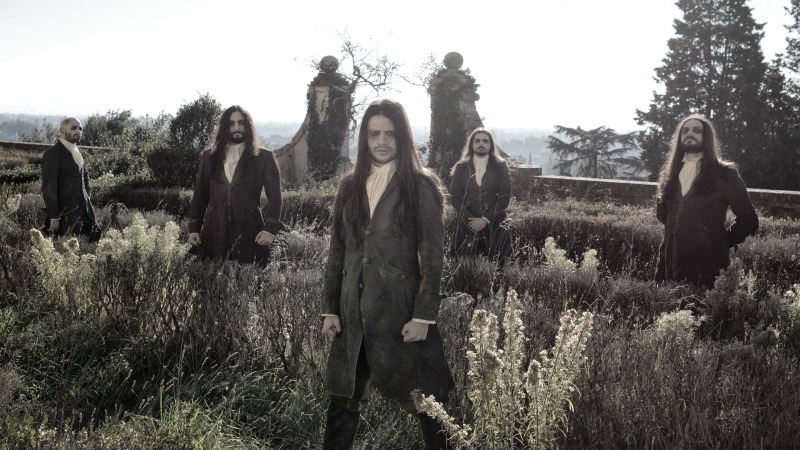 With our best live music venues still under threat from developers bent on further gentrification, this pleasingly loud triple bill feels a little like an act of defiance.

First up are Metal to the Masses winners Mortishead, who benefit from the best band name in all of Bristol. They’d promised their biggest show to date, which is a tad ambitious when you’re stuck with a 30 minute opening slot, but their natty banners and new range of covetable merch suggest they mean business. The extreme metal sextet certainly don’t disappoint as they hit the stage running and don’t let up for a second. If their music occasionally sounds like a variety of sub-genres (industrial metal, groove metal, a dash of thrash and old-school guitar heroics) engaged in a vicious brawl for supremacy with everything turned up to 11, there are moments when it all comes together to sublime effect. Tie a-flailing, their be-suited ‘cacophonist’ (Luke the Bastard, apparently) also does a very good impression of someone who’s genuinely deranged.

It’s safe to say that the individual members of Xerath have listened to more than a little Devin Townsend in their time. Their accomplished brand of widescreen progressive ‘film score metal’ ties them to technology, which robs their music of a certain spontaneity and leads to a couple of uncomfortable pauses, but pays dividends when it comes to adding melodic textures to their furious riffage.

Italy’s Fleshgod Apocalypse have a grandiose vision way beyond their status as a club act, which is no bad thing. One suspects their purist-enraging genre mash-up is too aggressive for the symphonic metal audience and too flowery and operatic for the death metal crowd, but there seems to be no shortage of takers for the band’s own-brand red wine (and at £20 a bottle, that had better be some pretty special plonk). This ornate music is clearly designed to be played in a giant stadium with a full orchestra and opera chorus. Instead, they’re stuck in the Fleece with a bunch of backing tapes. Still, the Fleshgods are determined to do what they can on a Eurostretcher budget, with matching gothic costumes and plenty of slap, a real piano (you can be sure this would have been a grand piano if they were able to squeeze one on stage), and soprano Veronica Bordacchini dressed as if for a masquerade ball with a feathery mask and elaborate staff, which she hammers rhythmically on the stage like Brunhilde on the rampage. Presumably they were unable to fit the kitchen sink in the tour bus.

Opening with the suitably grand Marche Royale, they play a career-spanning set whose highlights are drawn from their fourth and most fully-realised album, King. Its epic centrepiece, Cold as Perfection – Norma Desmond meets Erzsebet Bathory in a stark meditation on aging – is performed in full, complete with the spoken word interlude, and gets a rapturous reception. Equally impressive is The Fool, which frontman Tommaso Riccardi describes as being about “the sadness behind the mask of joy”, the harpsicord intro being replaced by piano for this rendition. Indeed, it’s a shame that flamboyant Francesco Ferrini, who’s reponsible for all the band’s orchestral arrangements, is forced to play with his back to the audience for most of the evening, occasionally coming forward to take a bow like Nosferatu recast as a classical pianist. But rarely has the Fleece played host to something quite so gloriously and unapologetically overblown.