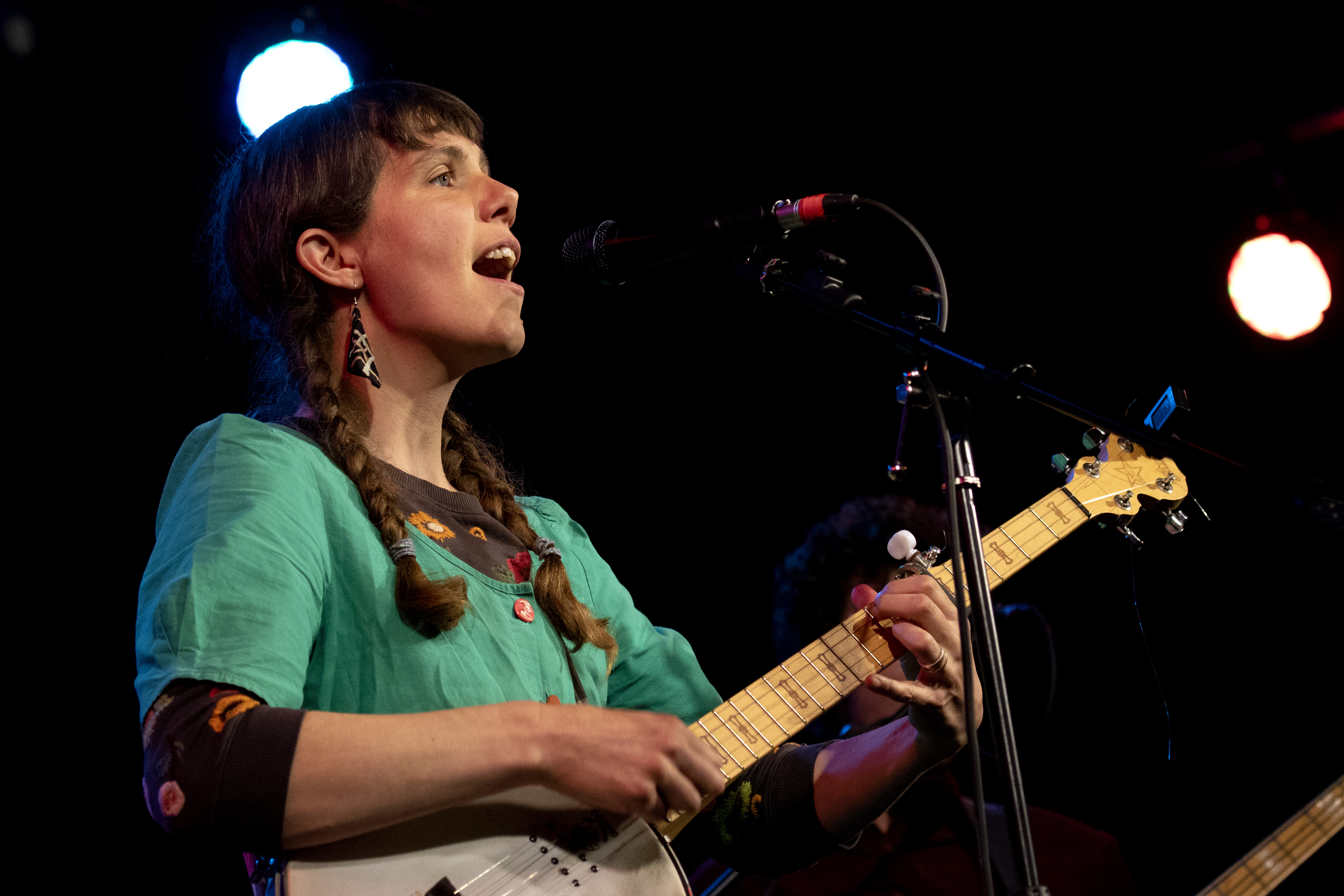 After a hiatus of three years the Bristol Folk Festival returned with a new management team and with a programme encompassing folk music in its many and diverse forms.

A very strong opening night on the Friday put down a marker for the rest of the weekend. Bristol’s The Longest Johns with their rousing sea shanties and traditional folk, and BBC R2 Folk Award winner Sam Kelly and his band the Lost Boys opened the weekend in fantastic form at the Folk House, weekend ticket holders were still talking about how good they were on Saturday afternoon.

Add stellar performances at St Stephen’s Church from veteran deathfolk, blues and psych-fi guitarist and singer Ian R Anderson, Kim Lowings, the virtuoso piano, guitar and mountain dulcimer player and singer and experimental, acoustic and folk instrumentalists the astonishingly good Spiro, to the mix and it was clear that the festival was in good hands and was on track to being something rather special.

The music on the Saturday began at lunchtime in St Stephens Church with Harri Endersby. Her deep appreciation and understanding of the traditional music of her native County Durham combined with a love of Icelandic folktronica resulted in a set which was timeless and yet, still of its time.

Meanwhile at the Folk House Hannah James kicked off the proceedings. One of this generations most important folk artists and one third of Lady Maisery Hannah is an accordionist, percussionist and dancer. Her rapturously received set wasn’t just for musos or folk aficionados, it was unlikely that anyone in the audience could have failed to be impressed by her inventive, fast-fingered musicianship on accordion coupled with jaw dropping percussive dance skills which left you wondering how she actually did that and made it work. The only glitch in the performance was her accordion breaking at the end of the set however it was fixed in time for her evening performance with headliners at St Stephens Lady Maisery. Before the technical issues she finished her set with the superb Tuuikki’s Tune.

Next on at the Folk House was the critically acclaimed singer-songwriter and activist Grace Petrie. Despite her show being at 4pm, which at festivals is generally the time when there is a lull in the proceedings, the main hall was pretty much full. She has been described as the female Billy Bragg but her lyrics are subtle and do not fall into the trap of hectoring her audience. Petrie’s lyrics are like a scalpel dissecting and laying bare personal, social and political issues where other political songwriters make take a more sledgehammer approach.

In addition to acute and heartfelt lyrics Petrie is also a superb musician with an outstanding voice, very few people in the crowd talked during her set, they were too busy listening. A pretty rare occurrence at many gigs nowadays. Petrie skilfully avoided the trap of being too earnest and serious with her between song chat, she doesn’t do banter, she does chat and thank God for that.

She was engaging, charming and honest, not forgetting very funny and quick witted and If the songs dry up she could easily knock being a comedian out of the park, she was that good and authentic. Stand out songs were the ‘hit’ ‘Black Tie’ and ‘Northbound’ but essentially there wasn’t a duff tune throughout.

After a couple of hours break so people could go and get some food and give their ears a rest, which was a civilized approach to festivalling proceedings at the Folk House began again with the incomparable Rachael Dadd.

Formerly in of the critically acclaimed and much missed Whalebone Polly, who spawned the increasingly feted This Is The Kit and an integral collaborator with artists such as Rozi Plain and Francois and the Atlas Mountains Rachael is an outstanding musician and songwriter. Formerly a full time Bristol resident she now spends half of her time in Japan with her husband and there was definitely a sense of the otherworldly and experimental which may be associated with Japanese music permeating her set.

Anyone expecting some straightforward folk and acoustic music would have been surprised, but pleasantly so. Her set which was mainly drawn from her new, as yet unreleased album included cleverly looped and layered vocals and soundscapes, jazz inflected bass, drums and double bass, staccato off-beats and clear, sweet, sincere vocals. The unpredictable nature of her set was compelling and the sheer brilliance of the band captivated the audience from the outset.

The day was brought to a close in joyous fashion by Amadou Diagne. Since moving from his native Senegal to Somerset Diagne has carved out a formidable reputation on the festival, folk and world music circuits for being a must see artist guaranteed to get a crowd dancing.

The WOMAD regular soon had the Folk House crowd on their feet, pushing the chairs back and dancing, an impressive feat bearing in mind that many had been watching music for most of the day and evening.

His songs are best described as bringing sunshine and light to Bristol on a chilly May Saturday night. Diagne is a virtuoso player of the kora, possibly the best known West African instrument in the UK and also the guitar and it showed throughout the set. He and his band, effortlessly fused jazz and funked up rhythms with folk and afro-beat to create a heady brew of what can only be described as world-funk.

The end of the set was greeted with requests for more however time constraints meant that it really was time for the music to stop and for a happy, open minded audience who had seen or could have seen any number of exciting artists spanning the world of folk to go home, and get some rest. Especially if they were going to go to St Georges for The Bristol Folk Singers, Nick Hart, The Drystones, Tom Ashworth, Cara Dillon, Kris Drever, artist interviews conducted by Peter Lord (Aardman Animations founder and folk fan) and B247’s editor Martin Booth and more on the Sunday.

The Bristol Folk Festival has definitely returned and music fans welcomed it with open minds and arms and certainly did not look disappointed.