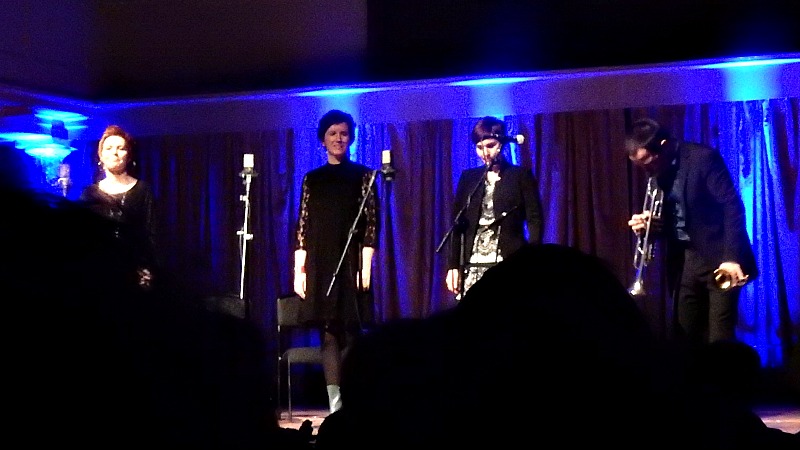 Just over twenty years ago Norwegian jazz saxophonist Jan Garbarek released Officium, an album of solo improvisation in response to the early music singing of The Hilliard Ensemble that went on to sell over 1.5 million copies. Ten years ago the Scandinavian early music group Trio Mediaeval invited Norwegian jazz trumpeter Arve Henriksen to collaborate for a performance in Bergen and they began to develop the music which we heard at St George’s. Unlike the Hilliard’s strictly classical Gregorian chant, however, the Trio’s music is a mix of folk and religious music from various Scandinavian traditions which they have themselves arranged and adapted and, where Garbarek’s Coltrane-inspired melodic meanderings were entirely self-directed, Arve Henriksen’s contribution has been largely constructed as part of the musical whole. The result is a far more satisfying experience that combines the clarities of classical performance with the vivid life of more improvisatory music.

Spread across St George’s stage the four players muted black, white and grey dress code and static posture established a formality to proceedings and a pin-drop silence from the audience. This was broken after a few moments by the solo voice of Anna Maria Friman singing an old Swedish hymn, eventually embellished by a harmonic line from Linn Andrea Fuglseth and a vocal drone from Beret Opheim. The trumpet waited, then joined with Henriksen’s trademark fluting tone, an oddly Japanese counterpoint to a clearly Scandinavian melody that nevertheless fitted perfectly and led to a bridging solo into O Jesu Dulcissime, a 17th century Icelandic hymn. By the end of this segue it was evident that these were sounds of exceptional beauty, the three Nordic voices crisp and clear as fresh snow in the morning yet each with a distinct character, the modulated tone of the trumpet a fourth voice, warmer by contrast. 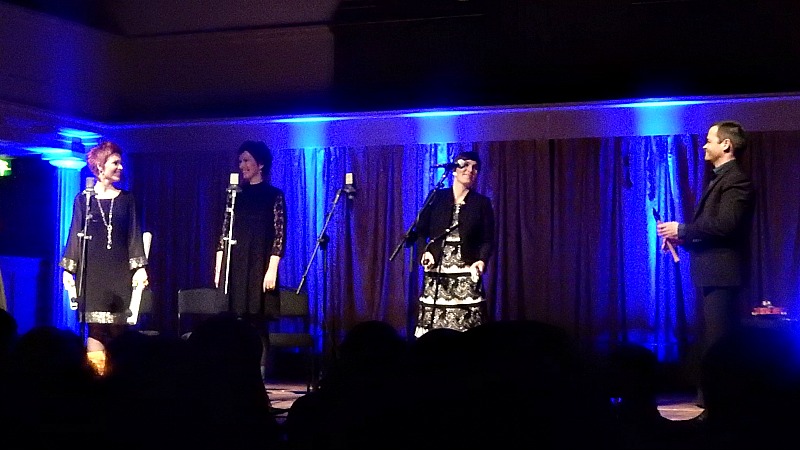 Across the range of their repertoire the ensemble moved from chapel-bound constraint to fizzing folk dance, chiming equally in Latin or Icelandic and even using wordless vocalisation to drive the ‘old women waltz’ Gammelkjerringvalsen. Nothing was explained, so we had to be guided by how the music felt and much of the chord structure and melodic style felt oddly familiar, with echoes of British folk music at times. The effect was never less than gripping, notably when a rare passage of unison singing brought the three voices into a new, single sound that skipped through the complex timing of the music with perfect pitch and micro-second precision. 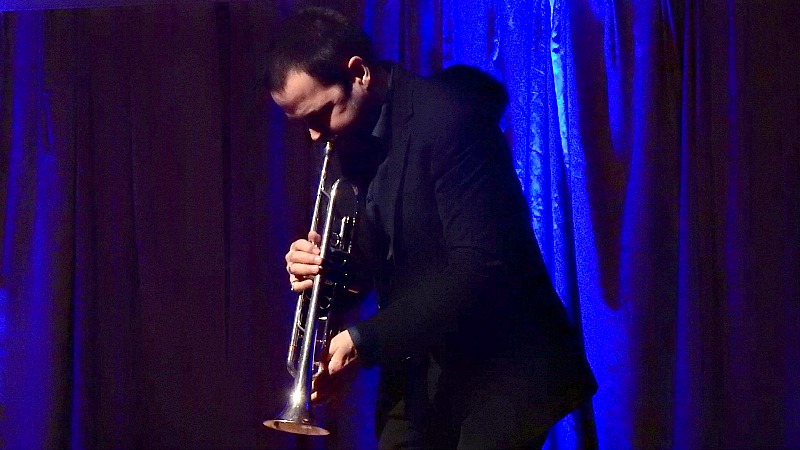 Arve Henriksen, meanwhile, moved between piccolo trumpet and the full sized version, swapping mouthpieces to achieve unexpected effect – a clarinet reed allowed astonishingly deep resonance for one piece, clattering the valves into the microphone provided percussion for another. For a couple of tunes Anna Maria Friman played Hardanger fiddle, itself a haunting sound, on another she and Linn Andrea Fuglseth played ethereal chime bars, but primarily this was about the voices and the tunes. It may have frustrated some jazz fans in the audience but it was eminently right that he was integrated into those elements, breaking loose only for a crowd-pleasing solo number that had the audience singing, stamping and clapping along – albeit with similar discipline.

There are moments in watching musical performance when the presence of the music making is felt most strongly and this remarkable combination of sounds was one of them. It never faltered once, the music unfolding in its variety to the last note of the well-deserved encore. If there was one slight disappointment it was that they had used amplification – surely the acclaimed acoustic of the St George’s hall would have been worth trusting for this kind of music – but to be fair it was judiciously deployed and didn’t noticeably interfere with the sound.