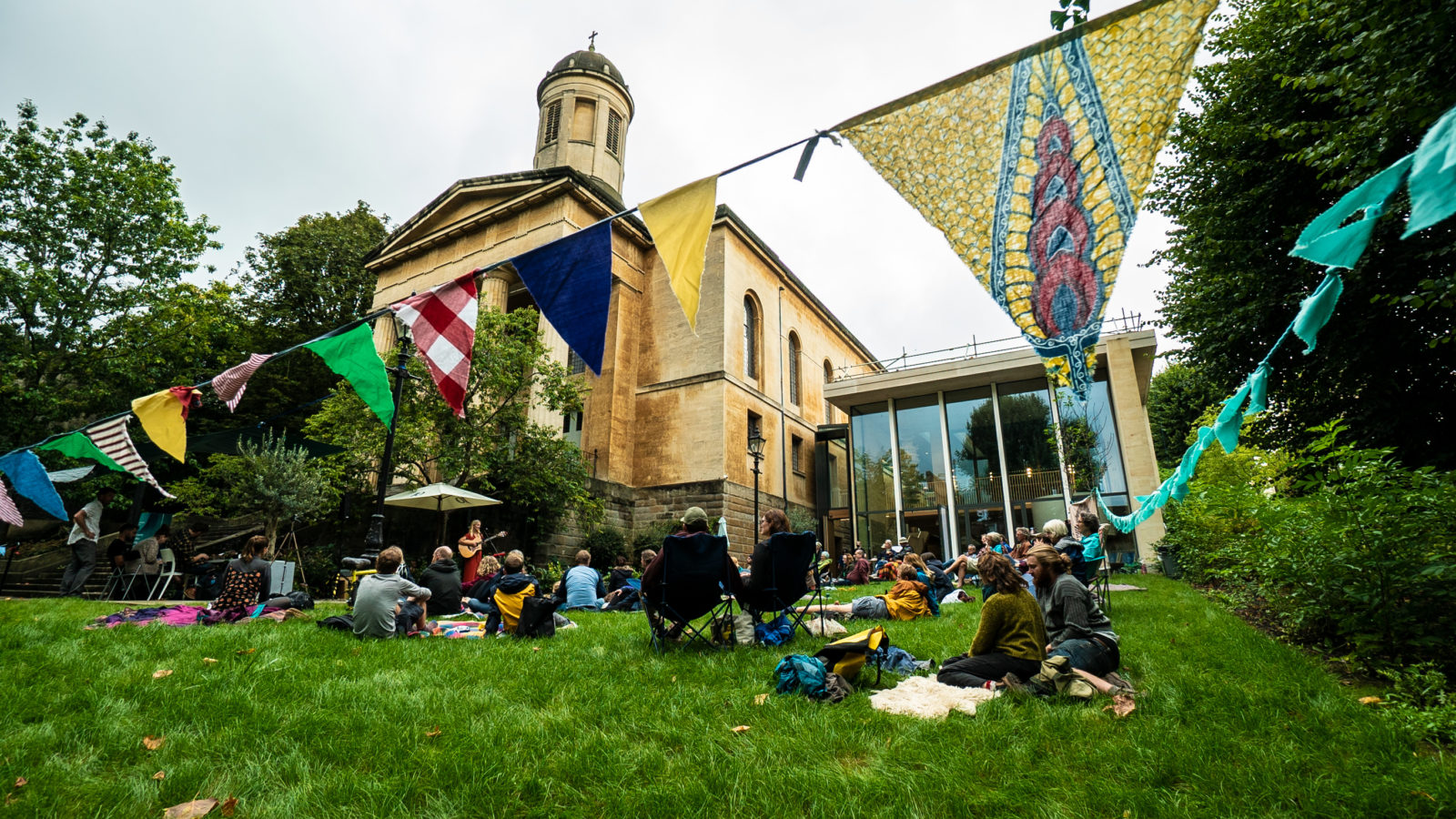 Kitty Macfarlane writes songs about seashells, ammonites and clouds, with her music rooted in nature especially around the South West.

But with birds circling high above the spire of St George’s, the first few minutes of her set in the garden were interrupted by the piercing sound of an angle grinder from a nearby building site.

That’s one of the occupational hazards of playing in the open air in city centre Bristol.

The interruption was barely noticeable, however, as Macfarlane wove her magical musical spell over an audience just happy to experience live music for the first time in many months.

The singer songwriter was performing as part of the Nest Collective’s Campfire Club, with her set followed by fellow Bristol artist, Dizraeli, who opened with a stinging spoken word rebuttal of Edward Colston’s legacy.

Macfarlane and Dizraeli performed twice each on Wednesday evening for a socially-distanced audience on the grass at St George’s, as well as those watching a livestream online.

It followed the first live music at St George’s earlier this month when the Bristol Ensemble also played in their gardens.

Wednesday’s music was organised by the Nest Collective, whose aim is to “bring people together to experience extraordinary music in unforgettable places, rekindling connections with nature, tradition and community”.

All that and more was achieved just a few hundred yards off Park Street, with the sound of angle grinders forgotten among guitars, nature and summer rain showers. 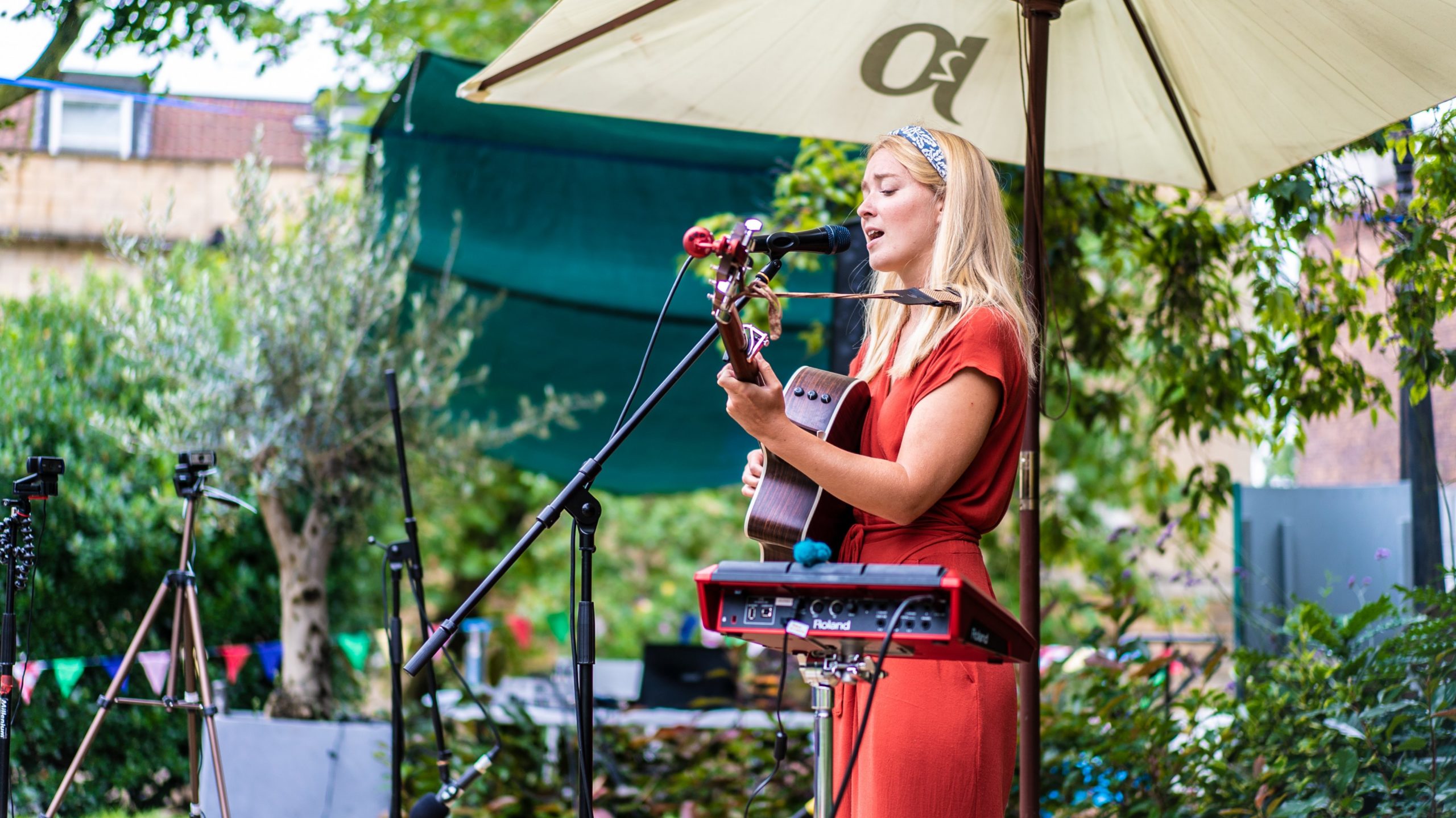 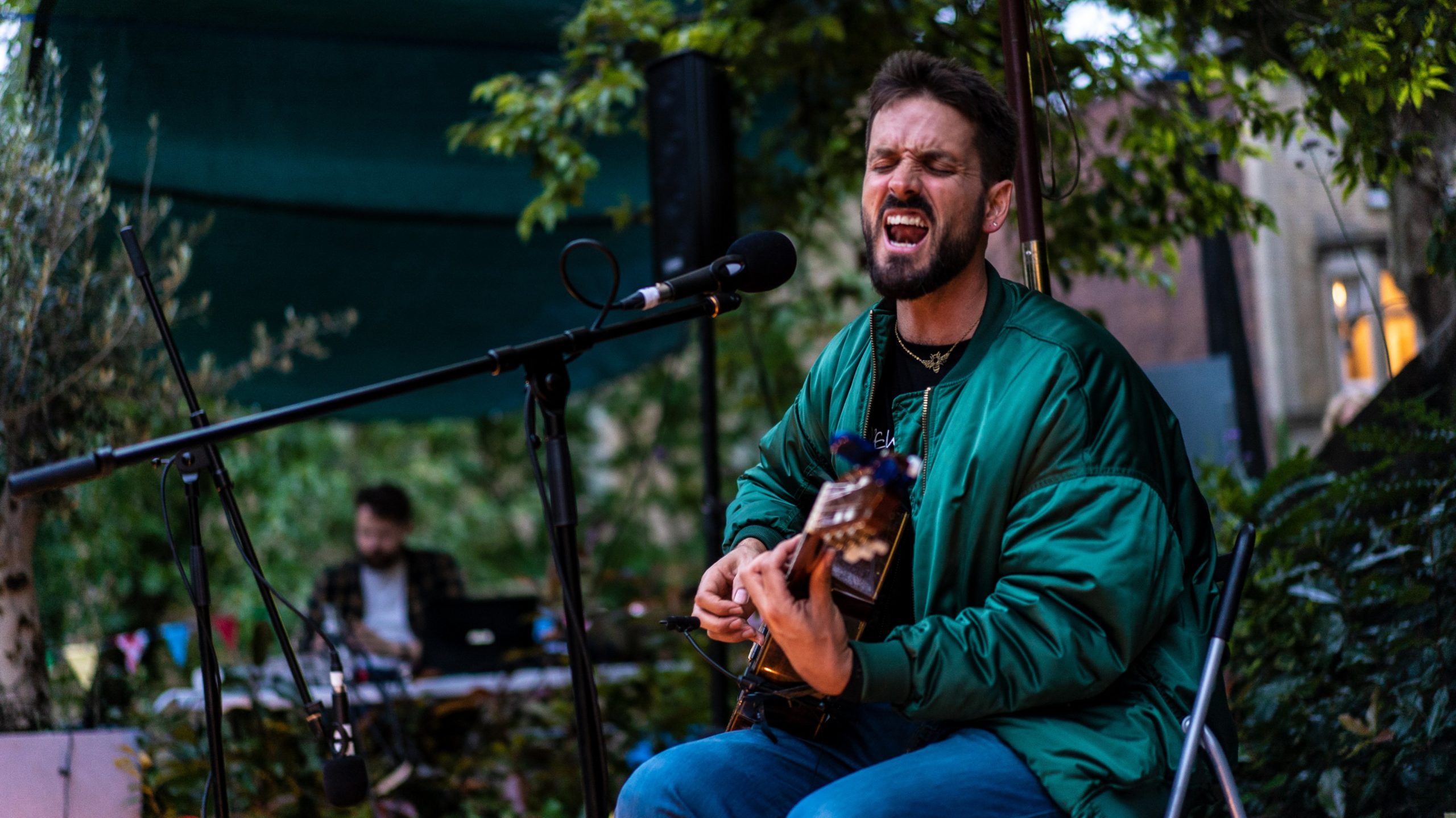 Dizraeli is due to be playing at SWX on December 5 – photo: Nest Collective