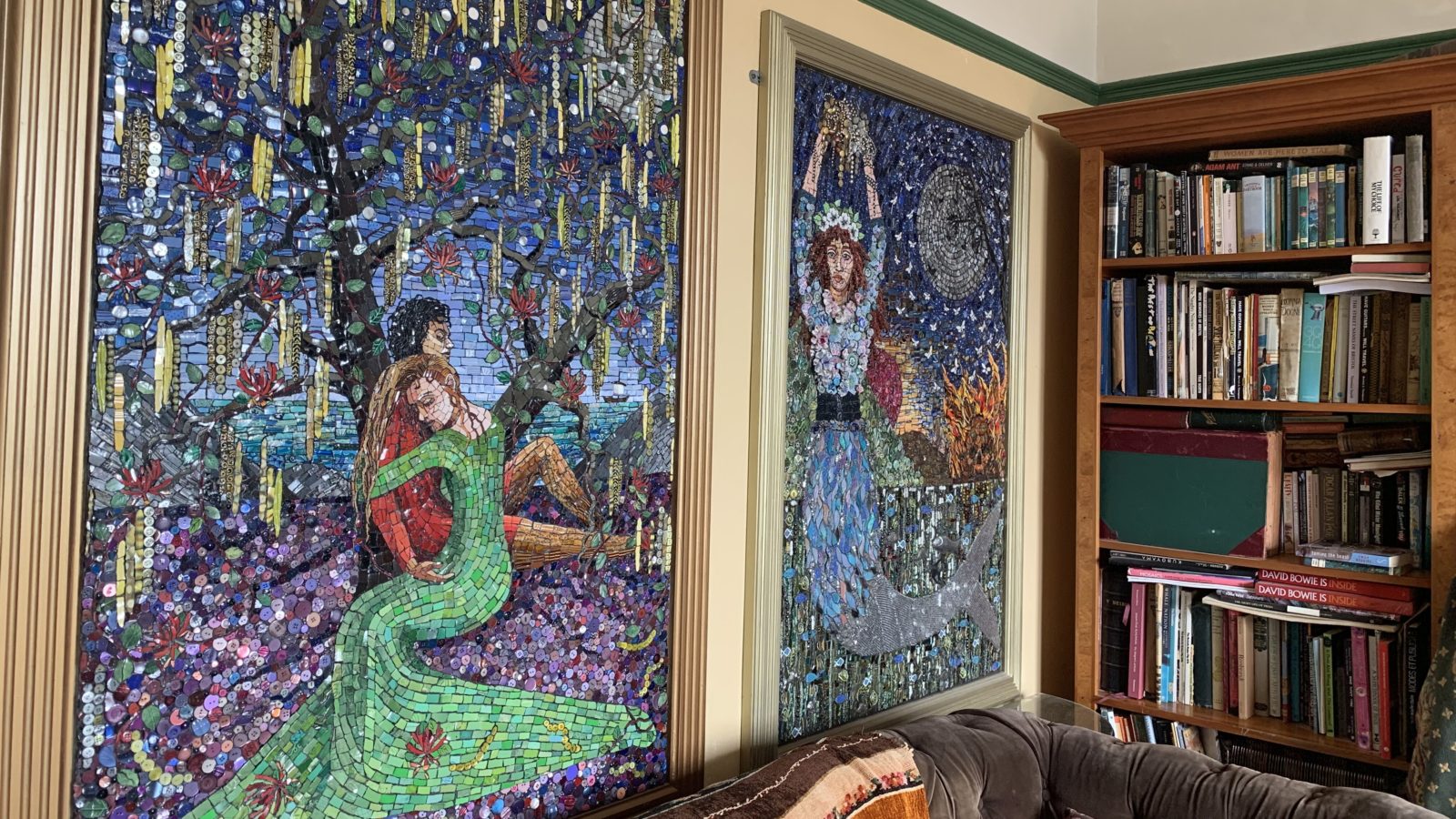 Toni Burrows has been creating mosaics for almost 25 years, using a range of materials including glass, ceramics and found materials.

The artist offers Bristol24/7 an exclusive look at her mosaic-filled home as she prepares for another year as a featured artist in the North Bristol Art Trail.

Toni opens her home during the trail, which she has taken part in for the last decade, to showcase the outstanding display of mosaics which she has made and displays permanently in her home.

Some of her larger pieces take between six and nine months to complete, and she admits that she forms an attachment to her creations after such a long production process. 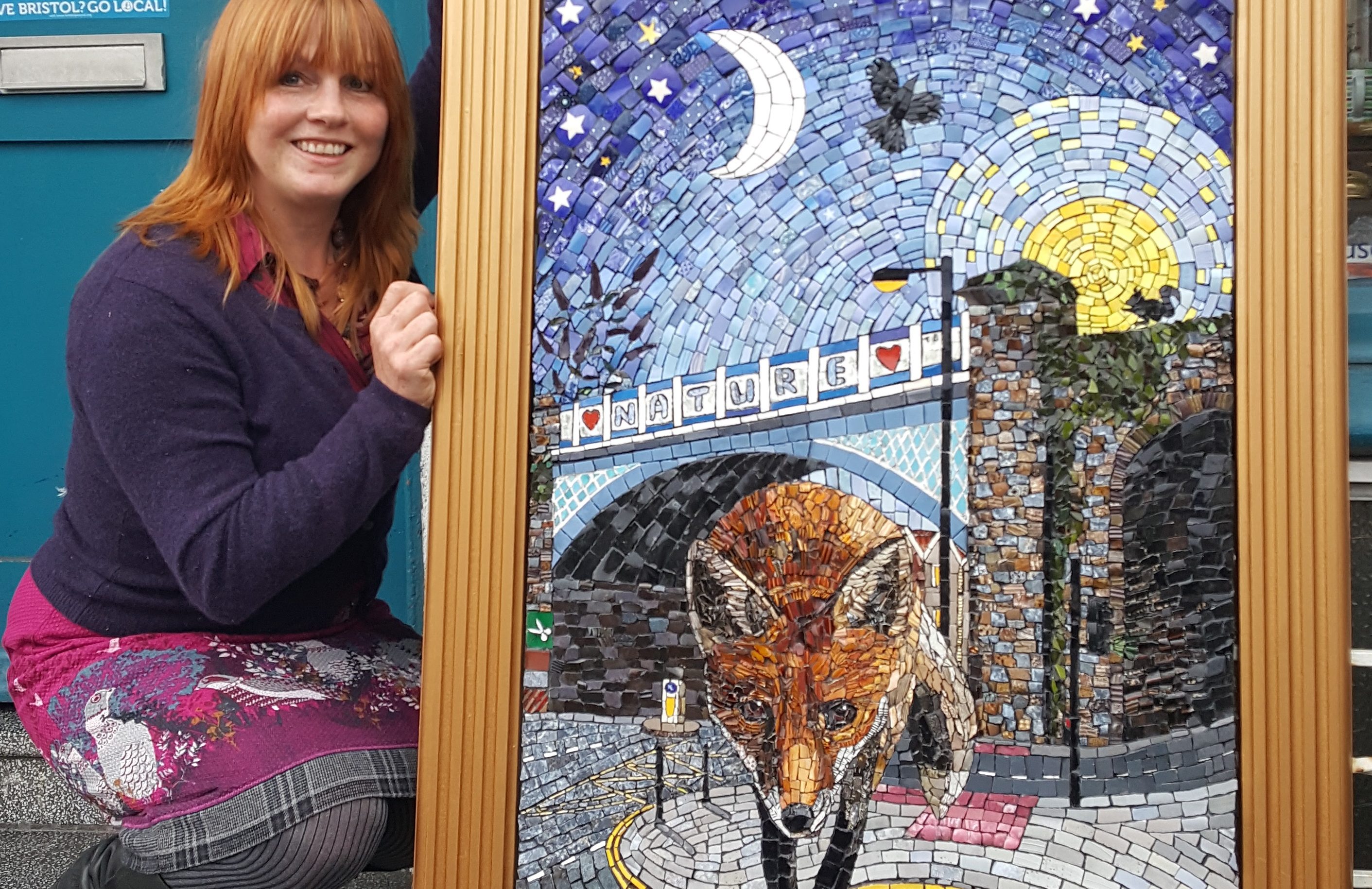 Toni and The Arches Fox. Photo from Room 212

Toni creates the large-scale mosaics for herself and doesn’t sell them after finishing: “They take up a lot of time, so often after finishing them I want to display them in my home so that I can enjoy them.

“I don’t like talking about the price of them when people ask. It’s not something I even consider as I have never sold one before.”

Toni is also a keen writer and released her first book, The Last Apple on the Tree in 2015. She not only wrote the novel, but illustrated using her mosaics, which she created especially for the story. 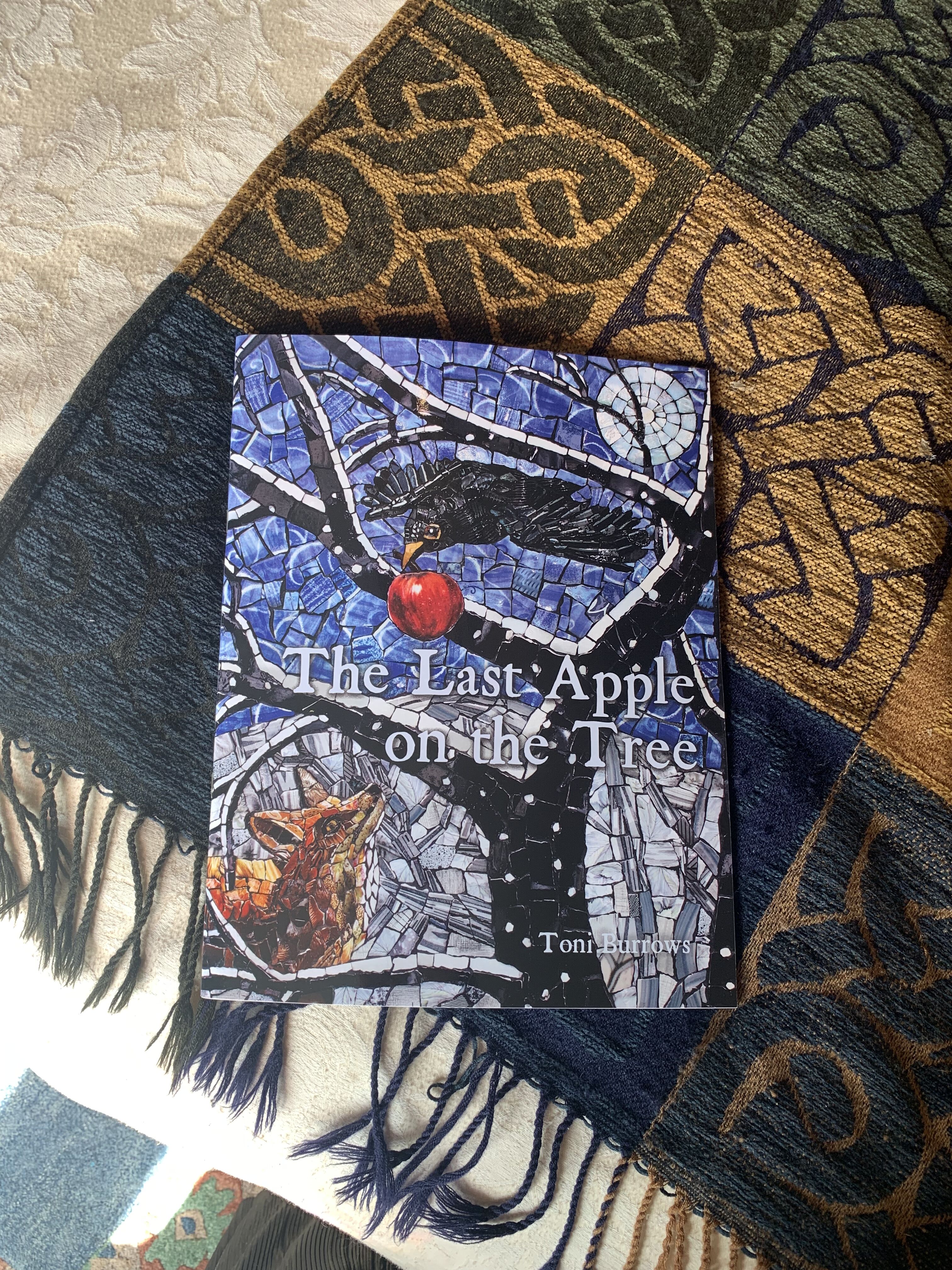 Toni’s book, illustrated with her mosaics

She also plans for a mermaid-themed book in the future, with a variety of mermaid mosaics featured in her home.

One of her biggest mosaics tells the story of Icarus of Greek mythology. The mosaic is made of three large sections that Toni could then transport from her workshop to her home.

“It took a long time, but it’s worth it. I had to find and break up ceramic swans to create his huge wings. If you look closely, you can see they are made from hundreds of small swan pieces.”

Another of Toni’s mosaics, The Arches Fox, has recently been displayed on the lower part of Gloucester Road as part of the Gloucester Road Art Banners project by Room 212, which showcases the communities’ artists.

While Toni doesn’t sell her work or display it in galleries, she has opened her home to the public for the North Bristol Art Trail for the last ten years, allowing those who are curious about her artwork to enjoy her mosaics.

“Rather than give my art away, I want to share it with everyone,” she says. “Rather than selling my work to one person, we can all enjoy the work inside my home.” 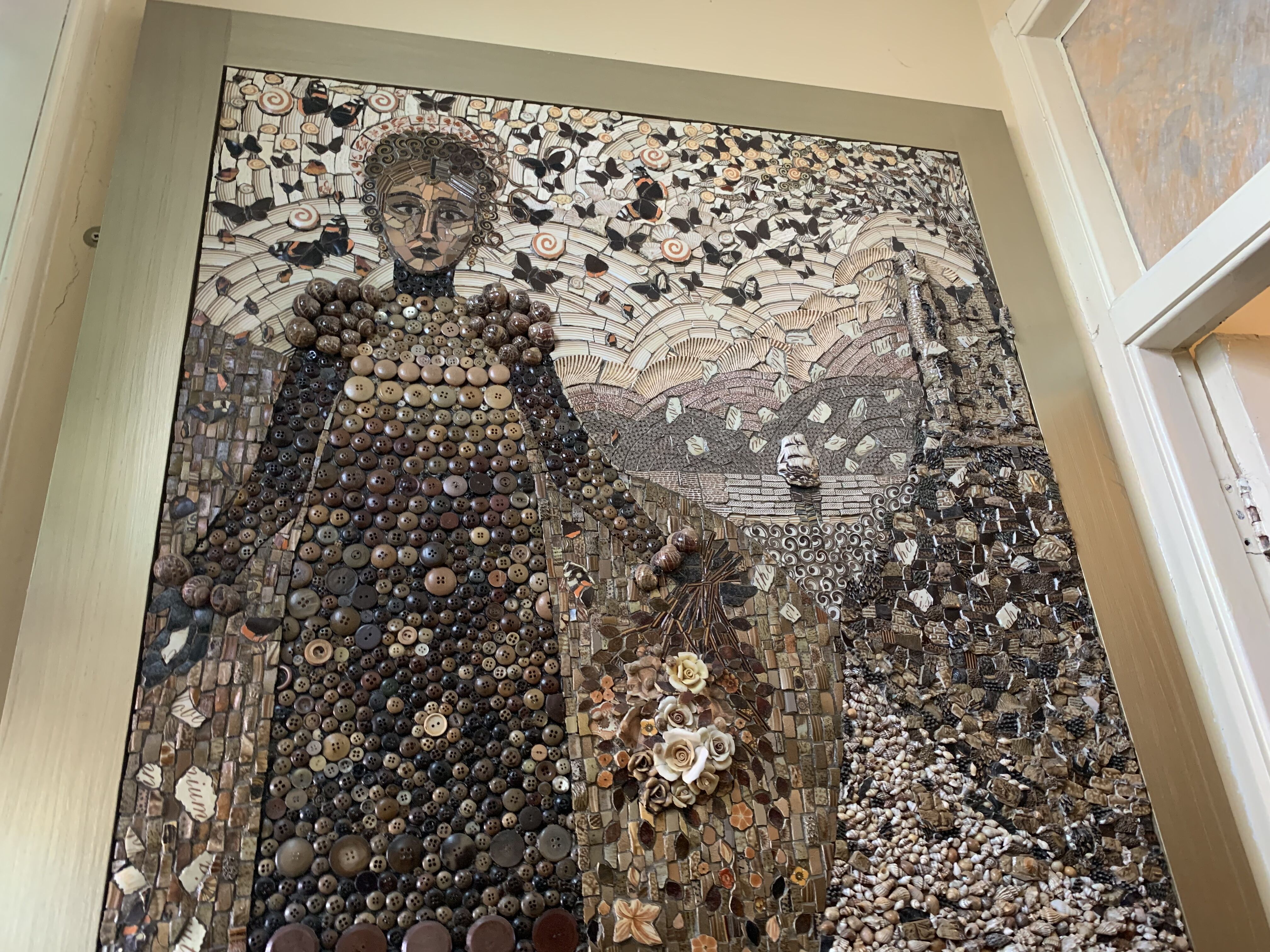 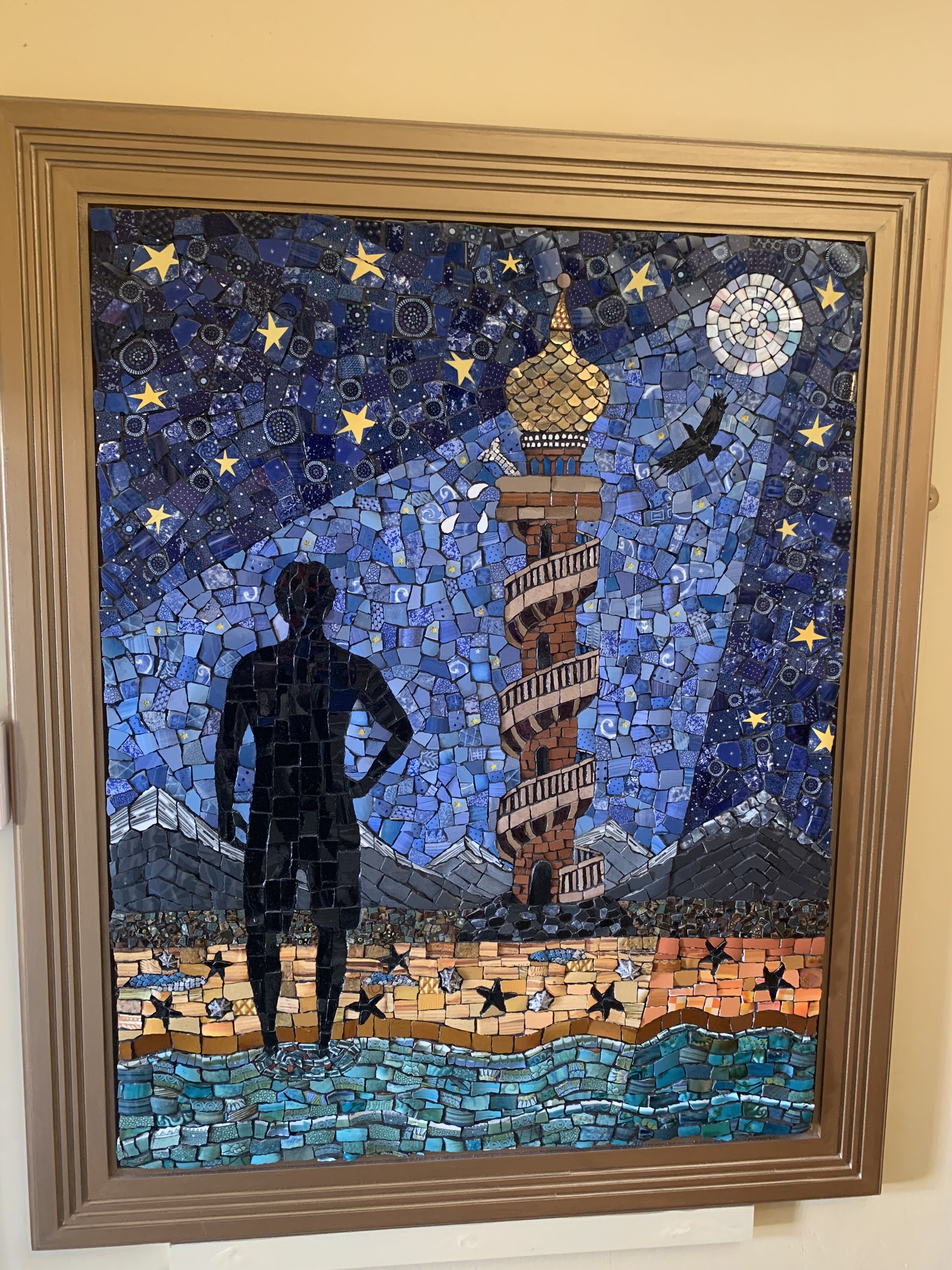 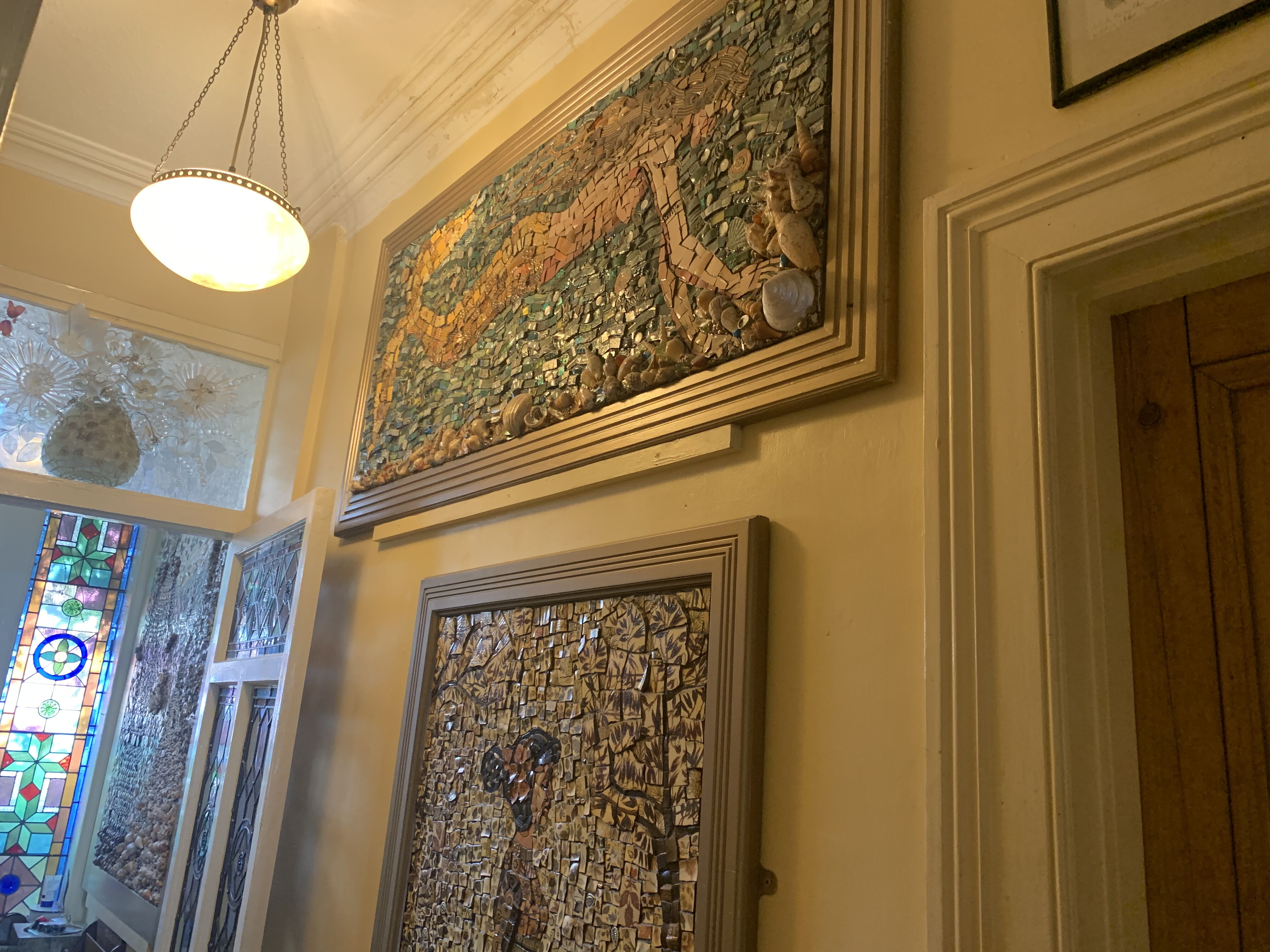 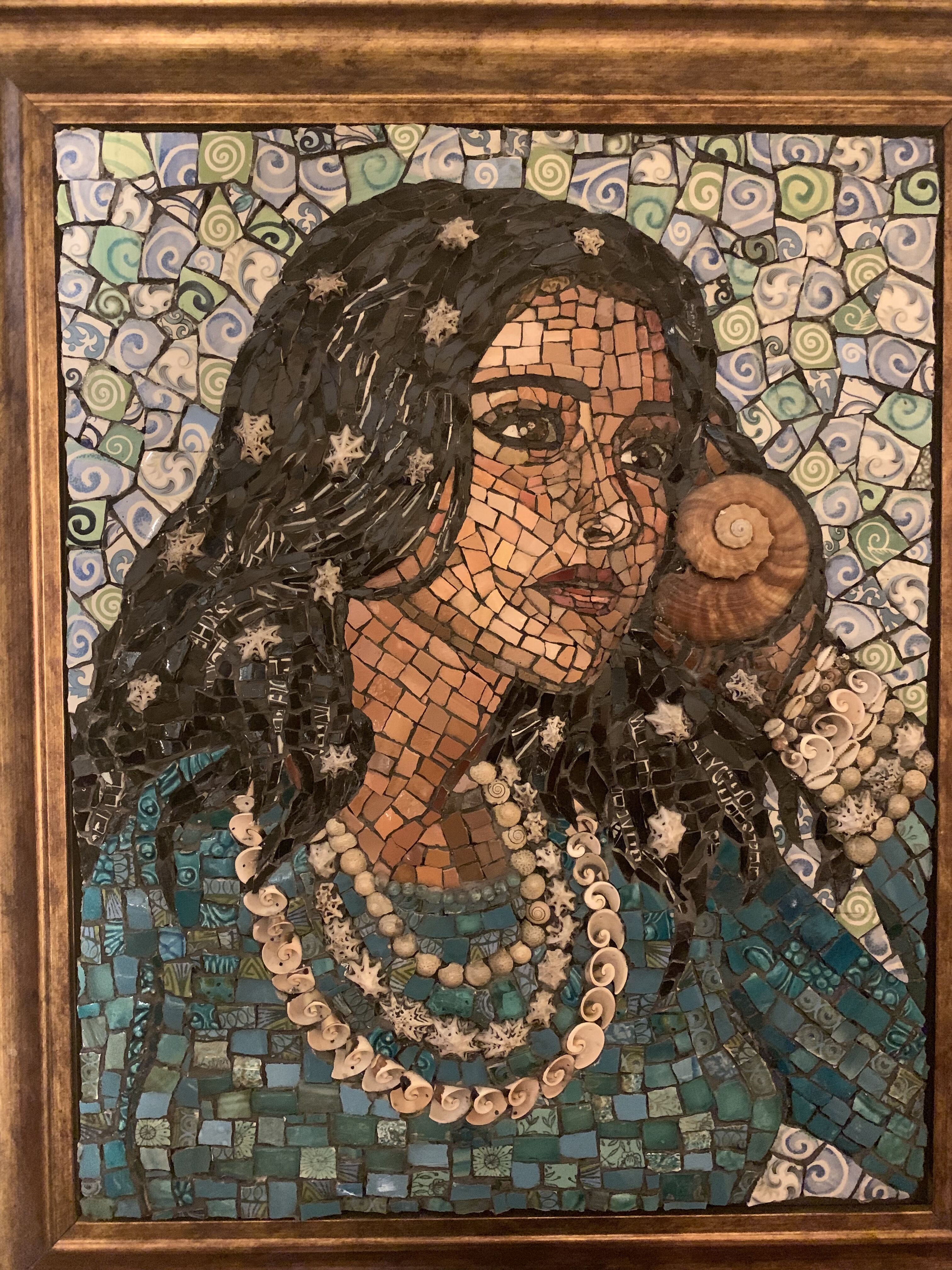 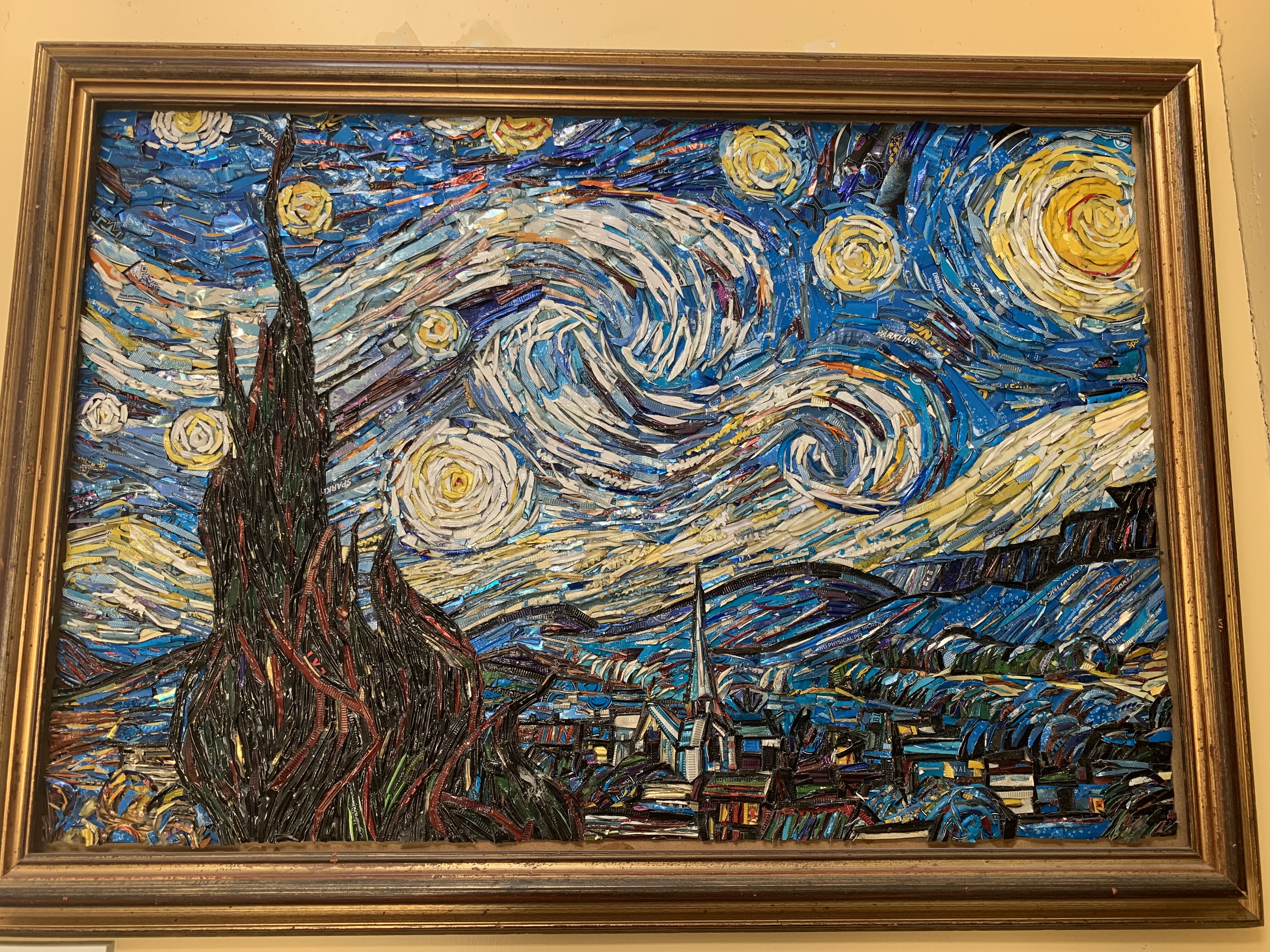 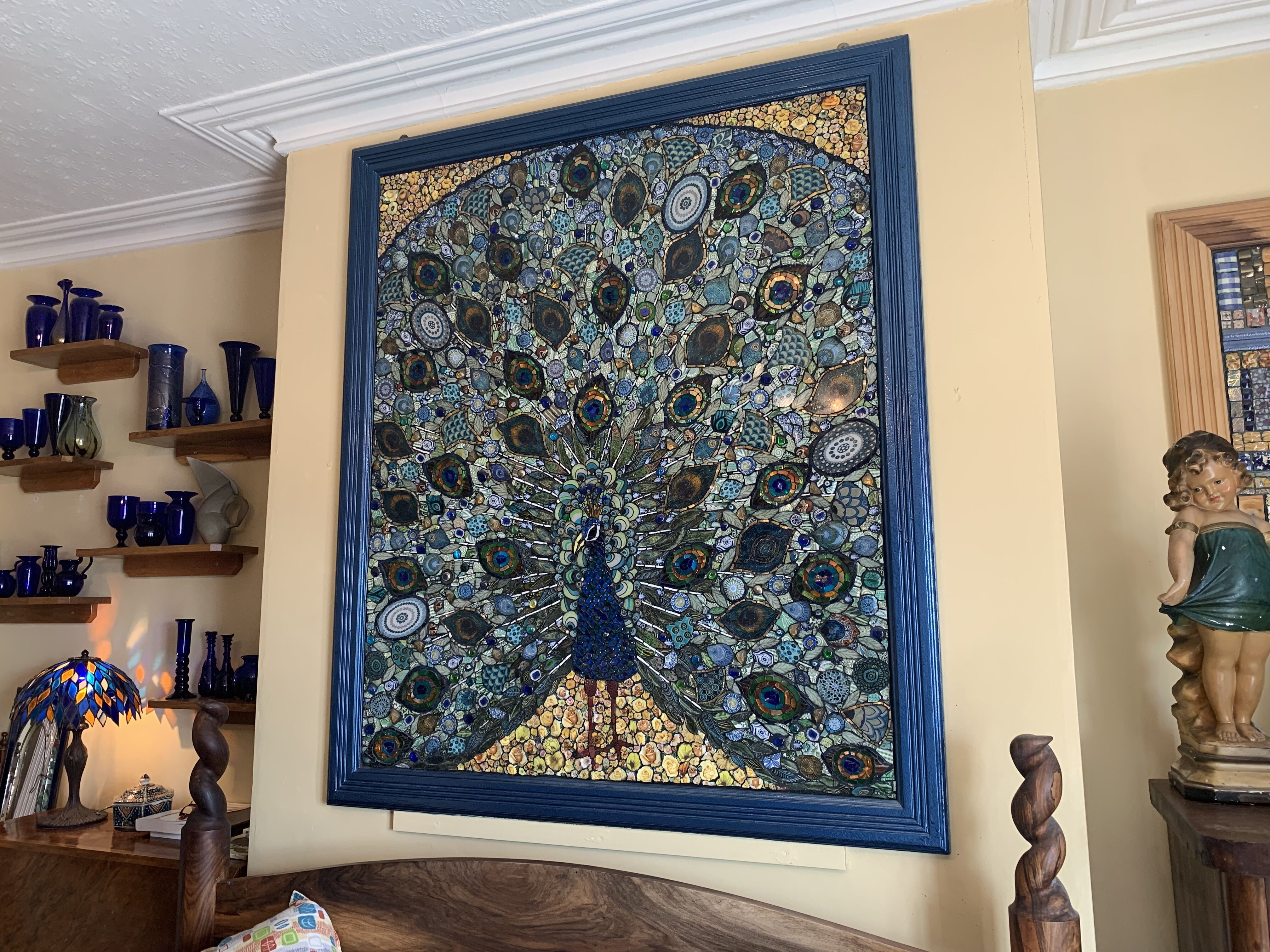 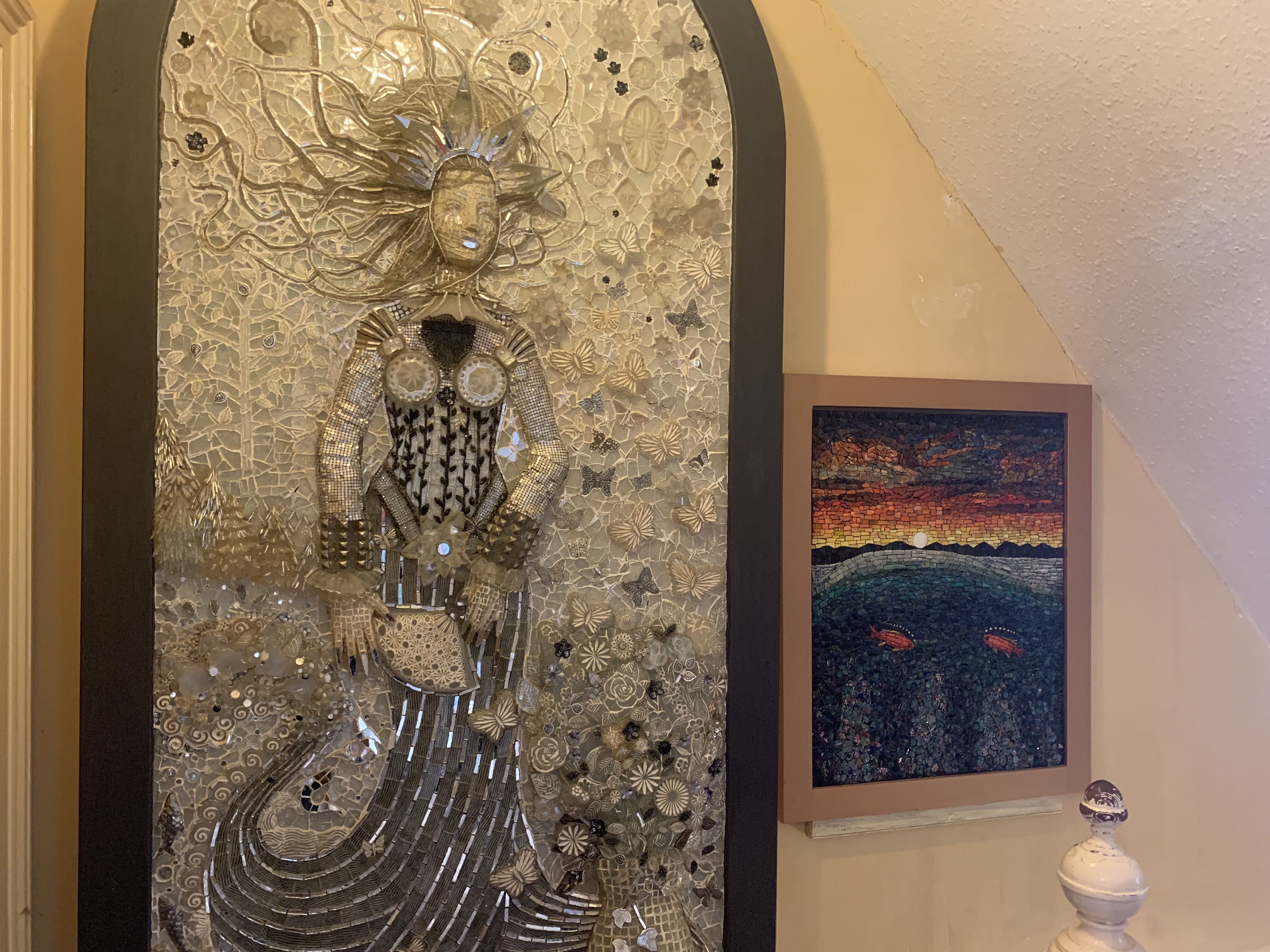 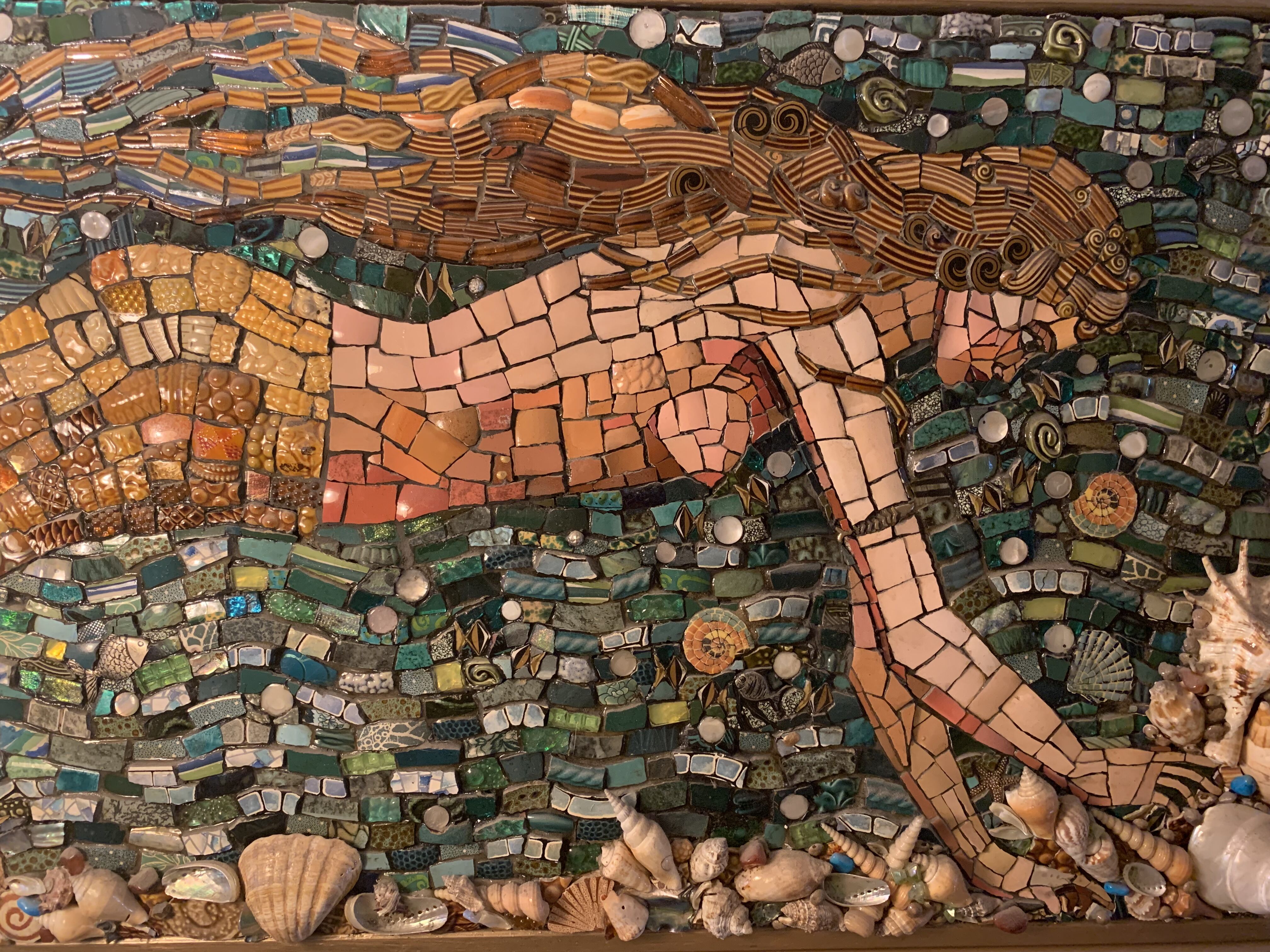 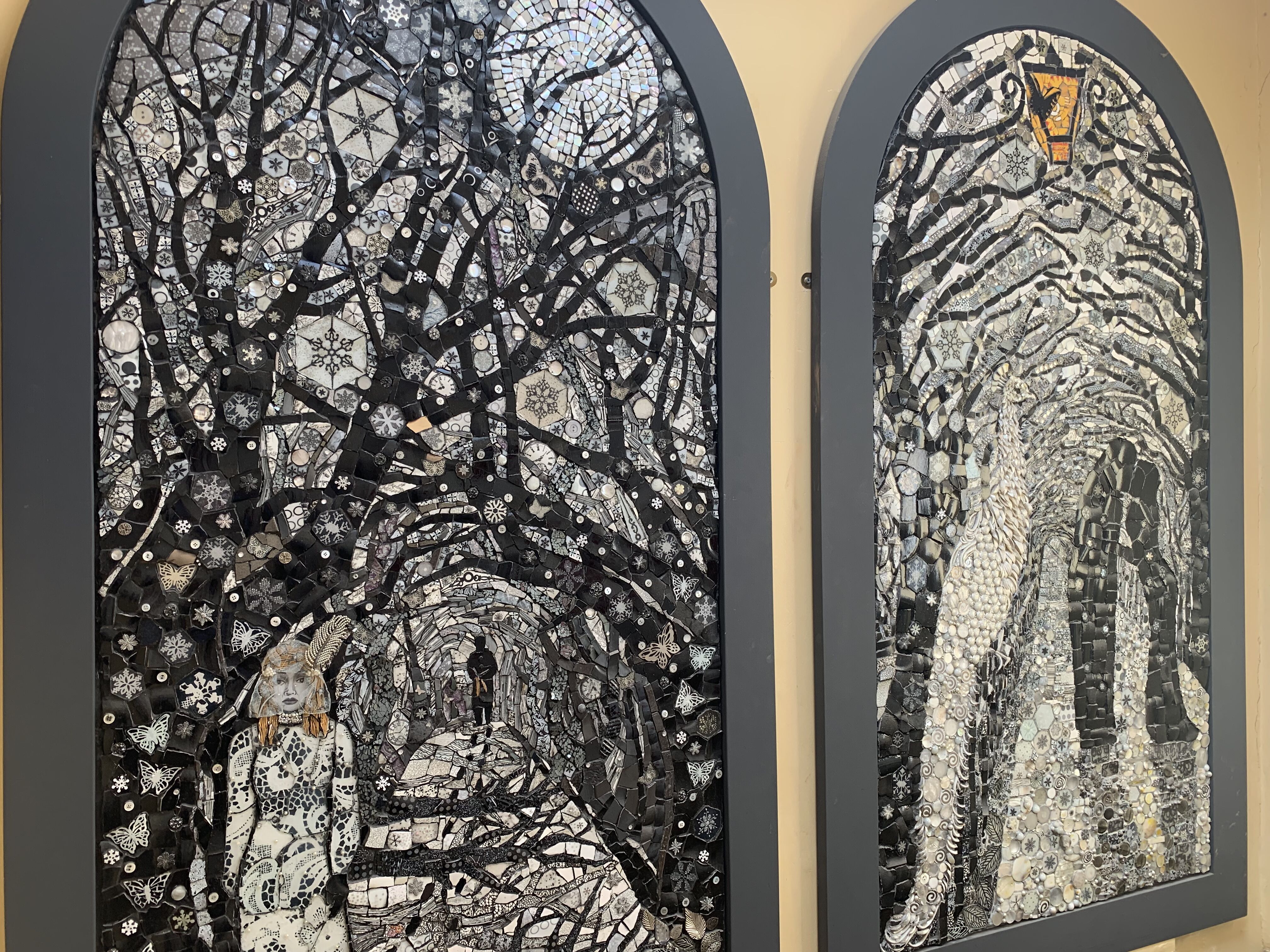 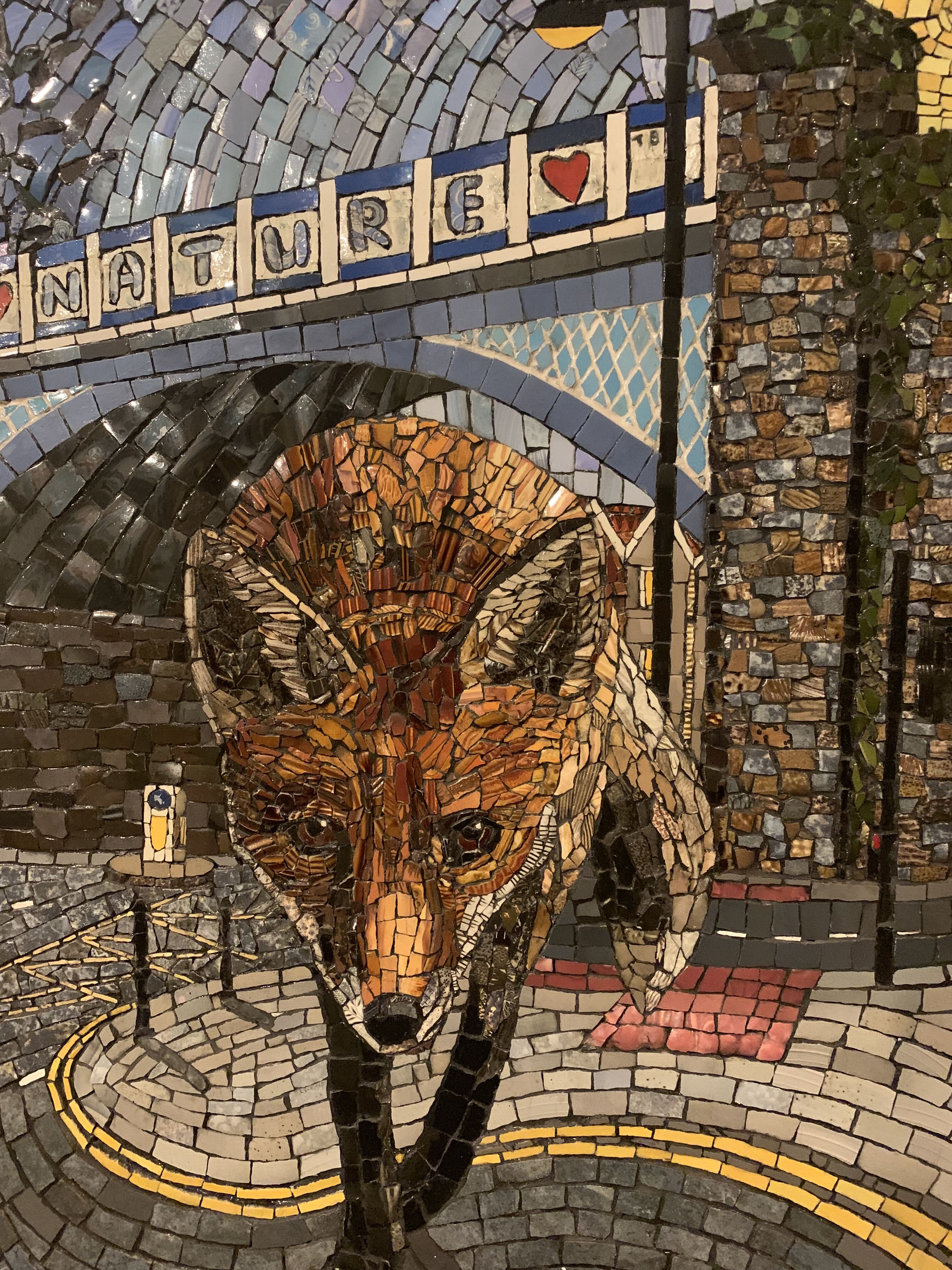 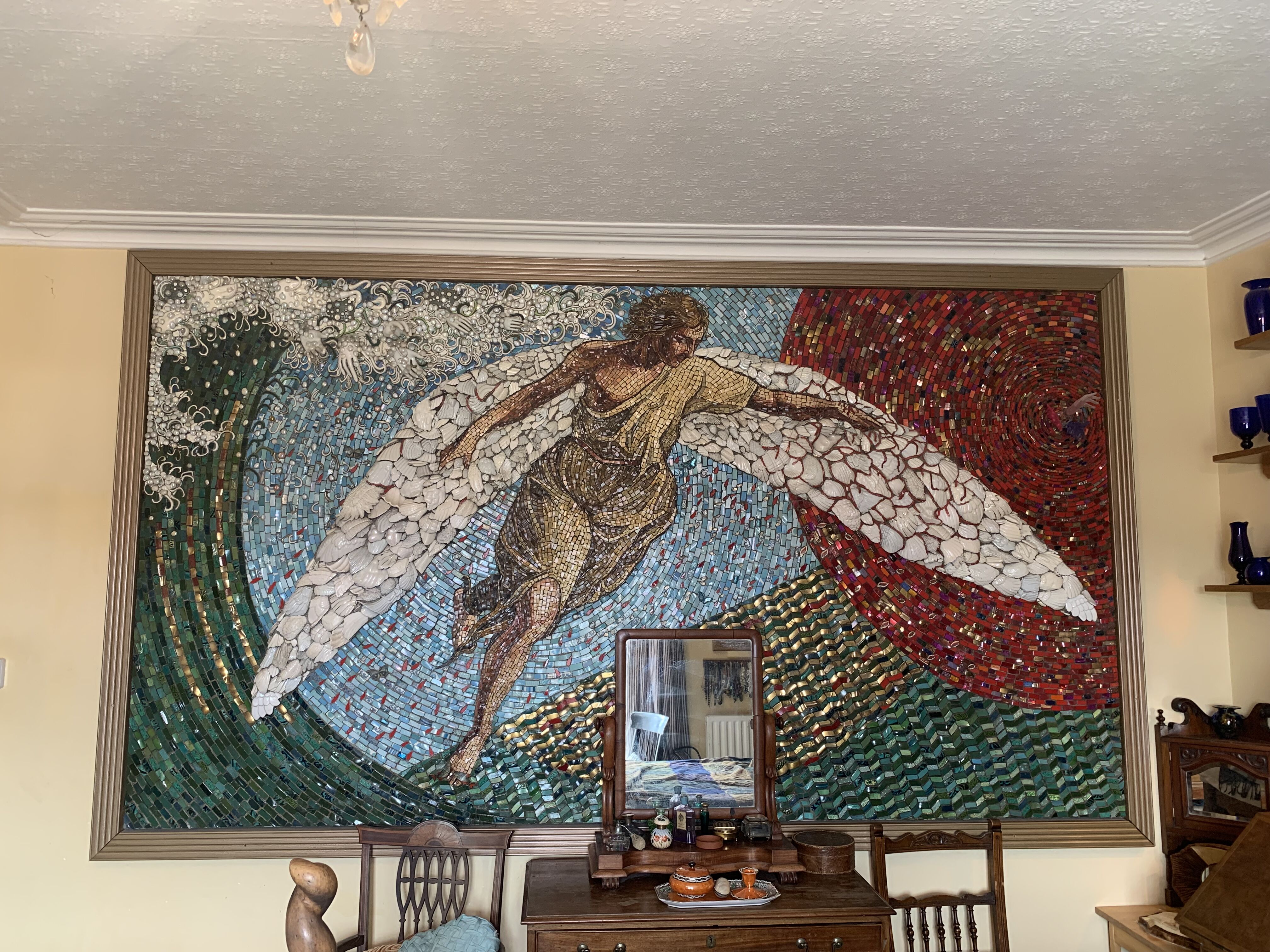 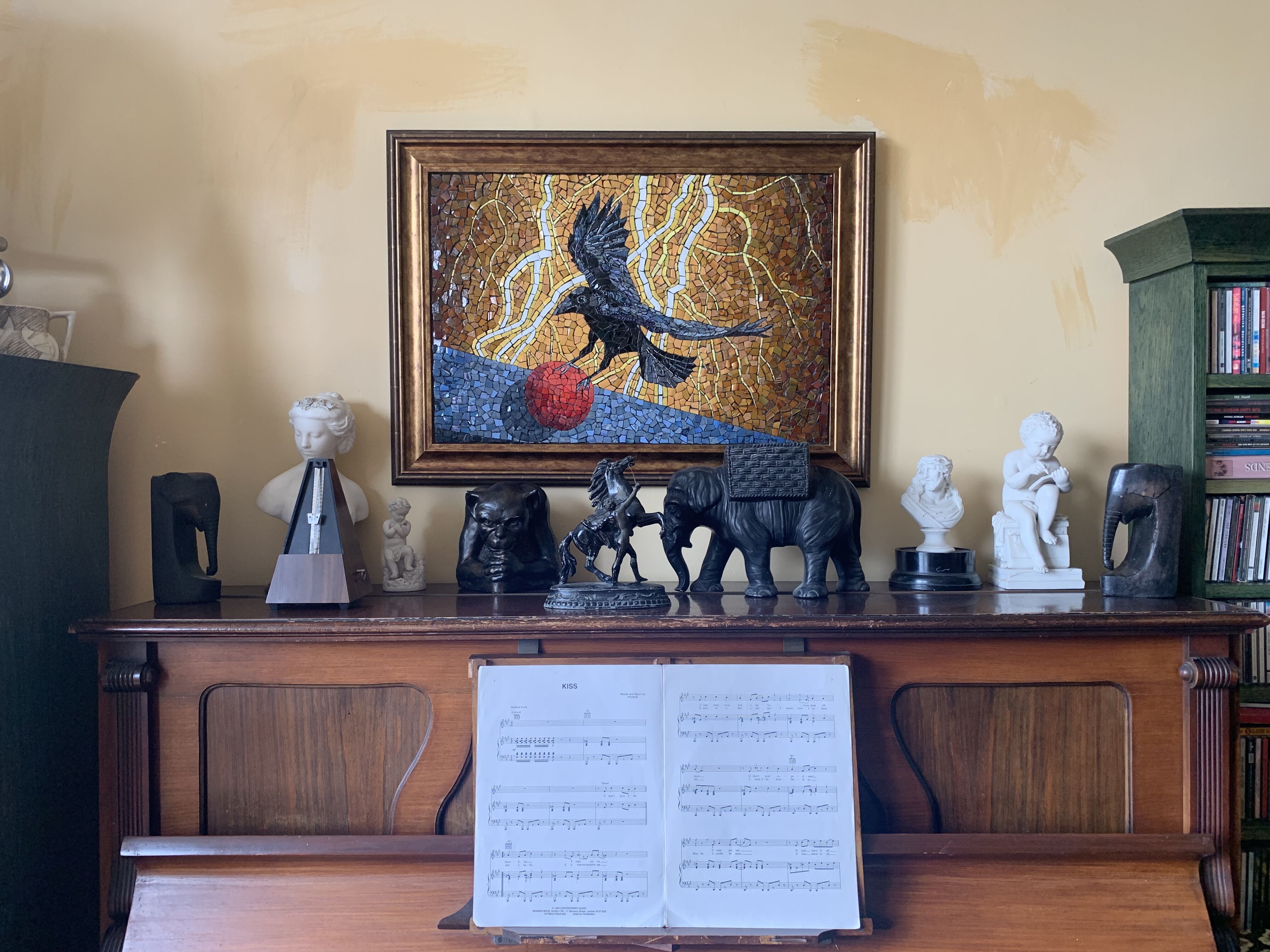 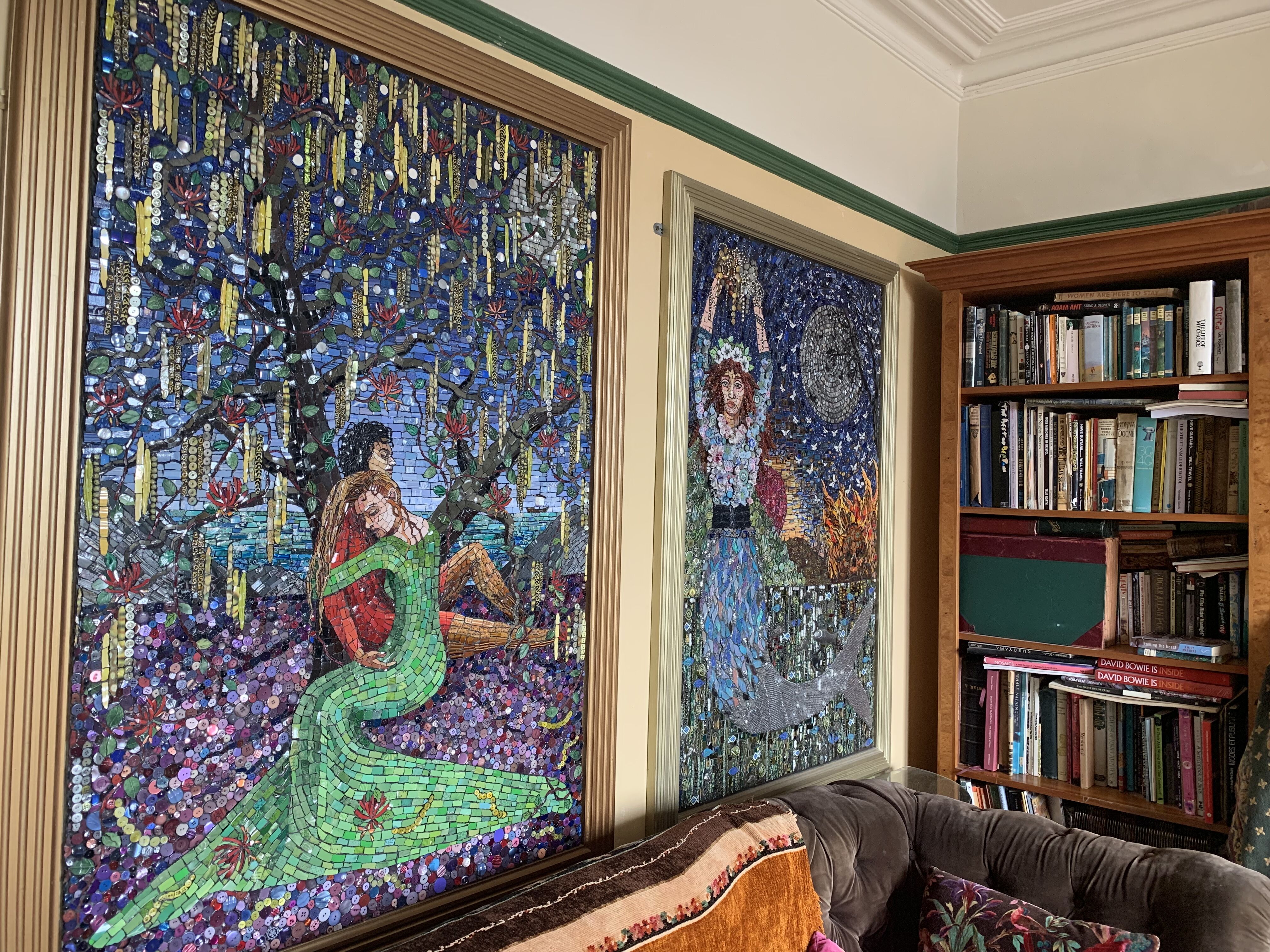 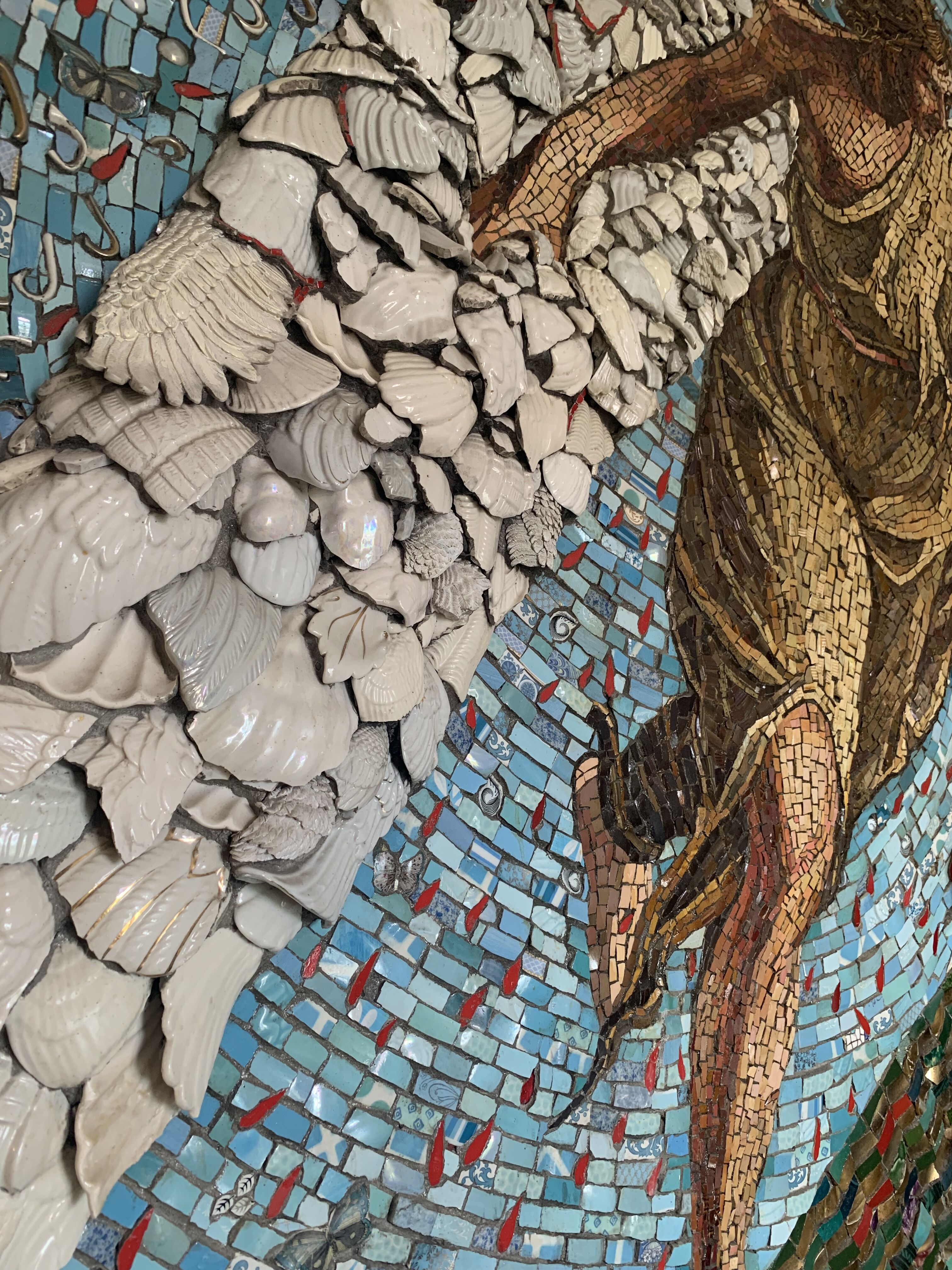 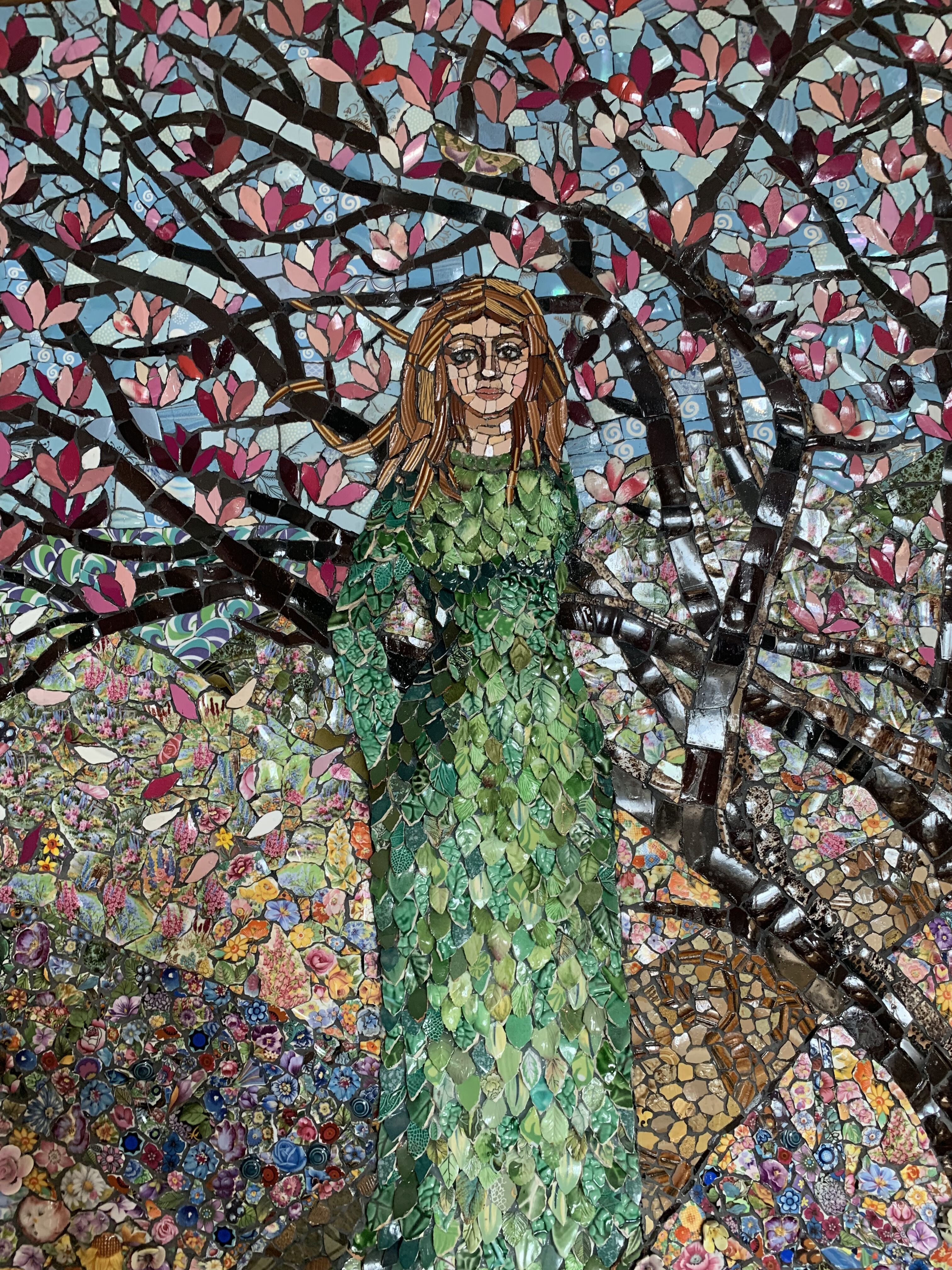