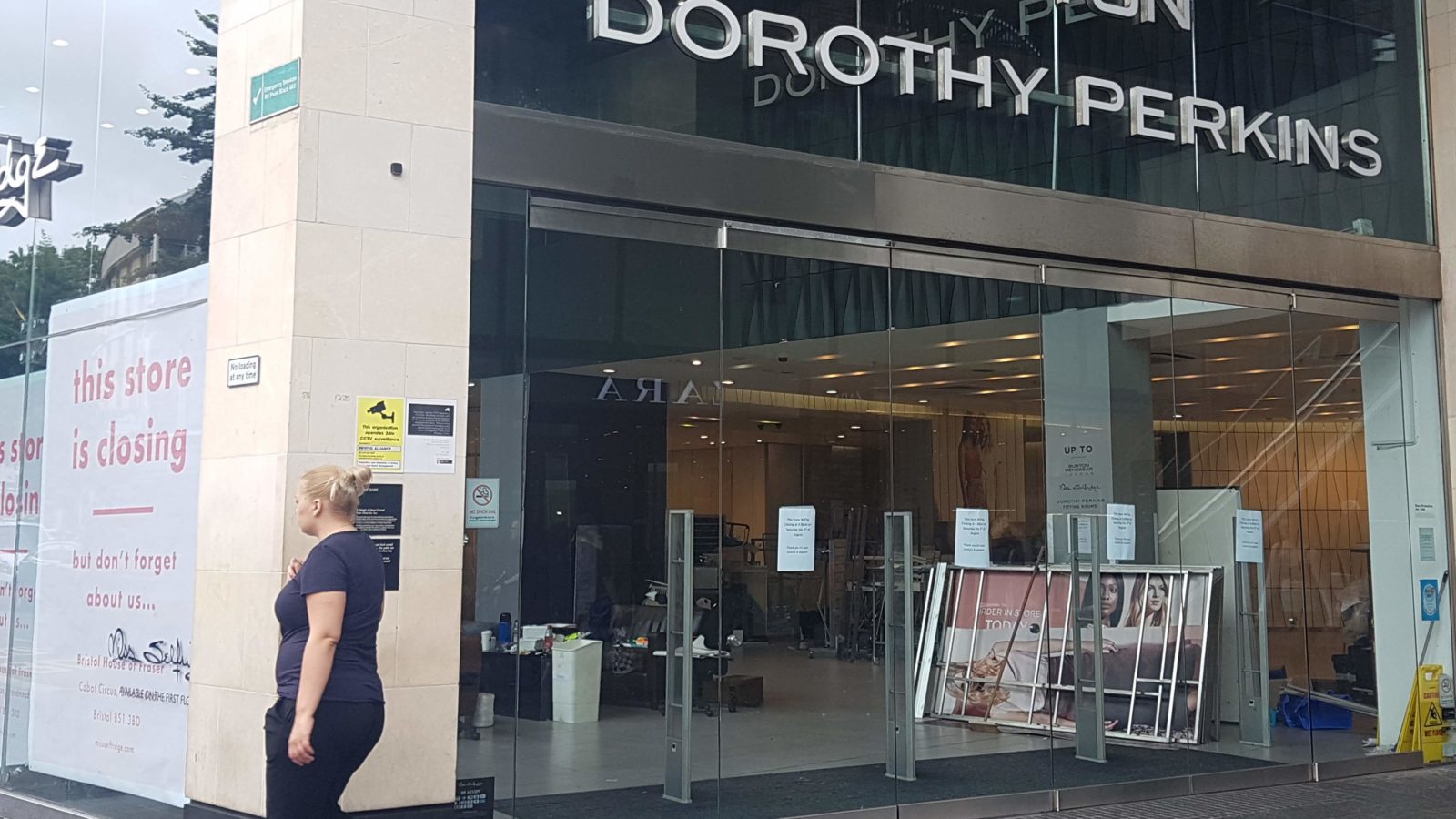 A series of high-profile casualties have cast a dark shadow of doubt over the future of retail in Bristol.

From Fopp on Park Street to the likes of Michael Korrs and LK Bennett along the upmarket Quakers Friars strip, and the Cabot Cirucs corner store once occupied by Dorothy Perkins and Miss Selfridge, shopfront facades of the city centre are becoming marred with boarded-up windows and doorsteps gathering dust.

Across the South West, prime rents have fallen by almost seven per cent in the last year, while 70 per cent of towns and cities in the region have a retail vacancy rate of between ten and 20 per cent, according to the latest retail report by real estate adviser Colliers International.

Hammerson, the owner of Cabot Circus recently revealed a £319.8m loss in the first six months of this year, with chief executive David Atkins blaming a “challenging” retail landscape and pressure on traditional high street fashion”.

Meanwhile, an industry insider revealed to Bristol24/7 that even the high street names not facing closures are tightening their belts and many are cutting staff.

Despite a seemingly bleak picture, business commentators say Bristol is bucking the trend in terms of footfall, as consumers lead a shift away from the traditional chain stores towards more experience-led and independent retail outlets. 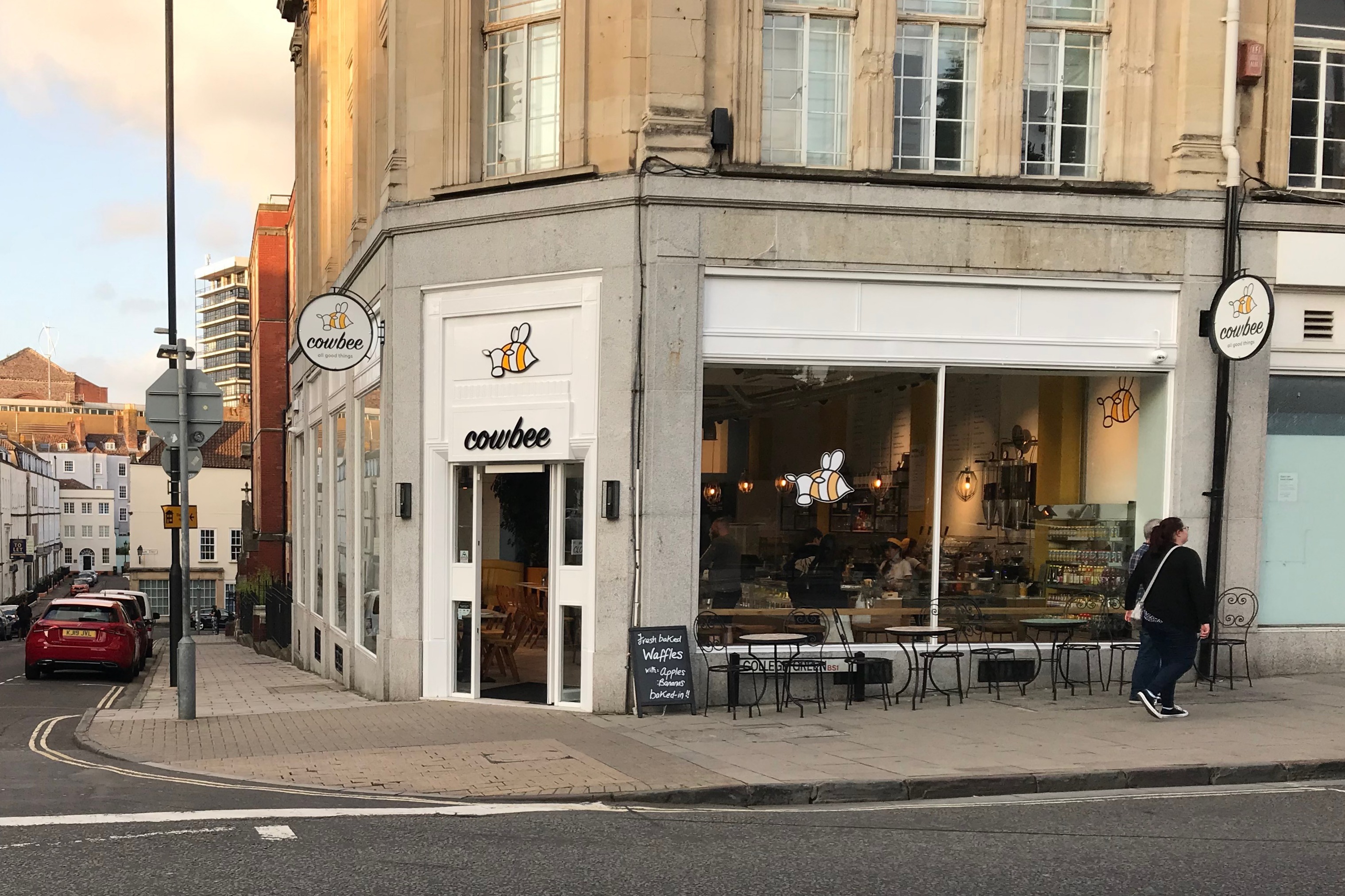 Phil Smith, managing director at Business West, says retailers who embrace the latest technologies are also most likely to survive and thrive.

“Bristol has a fantastic retail and leisure offer and this plays an instrumental role in enhancing the city’s reputation as a great place to live, work and do business,” he told Bristol24/7.

“Nevertheless, Bristol is not immune from broader issues that are responsible for high-street woes up and down the country.

“Of these, the digital shift in consumer behaviour is and will continue to have an impact, providing both a threat and opportunity for retailers. Retailers who merge bricks and mortar stores with digital tend to be the ones holding their own.”

Business rates are another key challenge for the retail sector and the demise of several stores has led to calls for them to be reviewed or scrapped.

Smith points out that business rates are an increasingly vital source of income for cash-strapped councils and says authorities must get creative to support retailers and show they are on side.

He believes investment in the Broadmead regeneration project and proposals to create a Business Improvement District (BID) for Redcliff are both key to revitalising the city centre and making the area more cohesive.

As well as noting the rise in retail vacancies, the Colliers report reveals a decline in what it calls the ‘golden age’ of online retailing. This comes amid growing concern about the environmental impact of delivering purchases and is a shift that experts predict could see business-owners become more, not less reliant on physical shops.

Steve Bluff, Broadmead BID manager, confirms that while there have been some casualties in the city centre, there are also thriving newcomers, with retro and vintage stores coming to the fore to meet a growing appetite for upcycled, second hand and ethical clothes.

“It is something that people are really liking, particularly in Bristol because of its independent and environmental ethos,” he says. 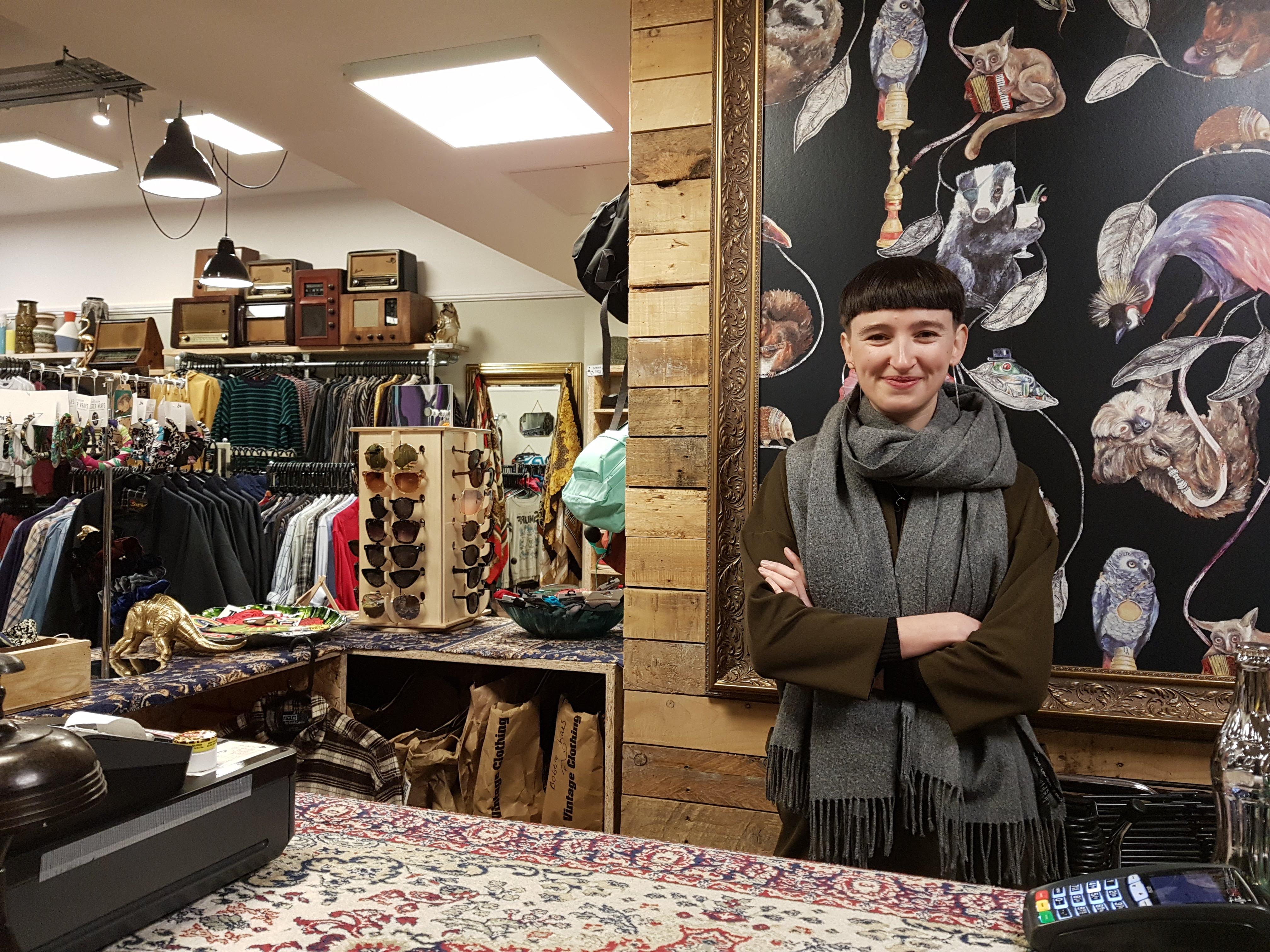 Steve reveals that the city centre is actually bucking the trend with a 1.2 per cent increase in footfall, versus a national decline of -1.3 per cent. He attributes much of the success to savvy retailers and pop-ups that are recognising and meeting the trend for more experience-led shopping and services.

“In Bristol, we find that shopping around the festival season is good,” he tells Bristol24/7.

“A lot of the big shops see higher footfall just before major events as people go to find outfits and camping gear. It’s about being savvy and letting the customers lead.”

The Broadmead BID team are directing resources to attracting higher footfall to the city centre shopping realm and are launching a bear trail – with bears located in 24 stores across the centre – in a bid to encourage families to explore and make the most of the retail offering.

While the retail journey may be over for some, it’s just beginning for others.

Read more: The arcade in Bristol bucking the trend on the high street