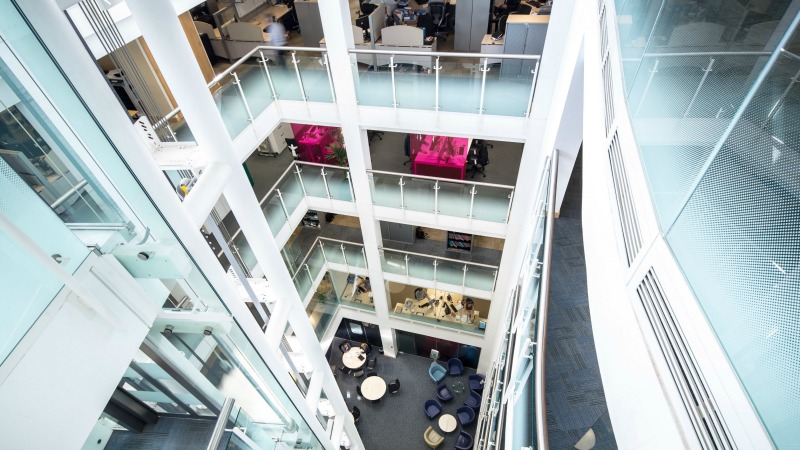 Bristol is firmly established as a regional legal hub, thanks to easy connections to London by road and rail and office rents some 22 per cent cheaper than the capital. We’re home to a diverse range of firms, including private solicitors, and commercial law firms both large and small.

Regional heavyweights include Burges Salmon, Osborne Clarke and TLT, a firm that has grown from a single Bristol office to have a presence in six major UK cities, turning over £62.5m in 2014/15.

“We’ve more than tripled in size since 2000,” says TLT’s managing partner David Pester. “Overall the firm has grown in number across the UK by nearly 40% in the last three years; we now have over 1,000 people and over 100 partners across our six UK offices.

The company, whose clients include Barclays, Co-op, Sainsbury’s, WH Smith, boohoo.com, Glastonbury Festival, Aardman and Boston Tea Party, has just signed a new ten-year lease for its headquarters at One Redcliff Street, which David says “demonstrates our commitment to continuing this growth”.

The lofty tower of One Redcliff Street

He says law firms are shifting out of the city and into the regions not just to serve a national client base, “but to help deliver work from a lower cost base or to set up offshore service centres for bulk work for international clients”.

“Bristol is a good base from which to operate. There are more opportunities for legal work and therefore an increase in lawyers moving to the region. We see a good consistent flow of talent keen to keep high quality work and clients but maintain a better work/life balance. The fact that our head office is still in the heart of the city speaks for itself.”

Fast growing Osborne Clarke reaches even further. Named a ‘regional heavyweight’ in the latest edition of the Legal 500 guide, the ‘Top 25’ legal practice has global operations in nine countries and a total of 1,200 staff, one of whom, Catherine Wolfenden, was recently named in this year’s Hot 100 ranking by The Lawyer magazine. Its domestic revenues increased 15 per cent in 2015 to £54.6m.

With a strong reputation in corporate, commercial, technology and finance, the firm acts for more than half of the biggest companies in the South West and has been advising on major deals, including Bristol City’s stadium and the development of the new Finzel’s Reach quarter.

“Osborne Clarke has a long pedigree in Bristol, having been founded in the city, and advised Brunel on the construction of the Clifton Suspension Bridge,” says partner and head of the local office Peter Clough. “The firm has 450 people in its Bristol office, which is its biggest in the UK.

“In the last 15 years, the firm has grown rapidly across the globe; it now has over 700 lawyers in 20 offices in cities such as Amsterdam, Barcelona, Cologne and Milan. Six of those territories are new in the past five years.”

He says the key challenge now is to keep up the growth.

“To do that we have to make sure that we help our clients succeed in tomorrow’s world. It’s not just about the legal aspects of our job as lawyers; we’re looking ahead at all the trends and technological developments that will hit the market in the next decade. That way, we’re ensuring our clients are ahead of the game commercially too.”

Burgess Salmon is credited by the Legal 500 for giving ‘a City service from Bristol’ and has attracted major clients including Airbus, Eurostar and the Department for Education thanks to its expertise in energy, transport, financial services and infrastructure.

There are plenty of large-scale operators and service companies working alongside the heavyweights providing financial advice and services at scale, with a very fine line – defined by Legal 500 – between the two. These include Ashfords, Bevan Brittan, Bond Dickinson, DAC Beachcroft, Foot Antsey (whose managing partner John Westwell was also named in this year’s ‘Hot100’), Michelmores, Thrings, Clarke Wilmott and Veale Wasbrough Vizards (moving in to the newly refurbished office space facing the Watershed at Narrow Quay).

Bond Dickinson has offices in seven cities and a national revenue of £106m to the end of the last financial year, representing 7 per cent growth year on year, ranking the firm 37th in the UK’s top 200 law firms by turnover.

“The Bristol office has continued to be a strong performer and we will continue to invest and grow in the region while increasingly attracting and retaining the blue chip clients that we are well-positioned to service now as a truly national firm,” says Julian Kinsey, Bristol Office Head and Banking Partner. “Bond Dickinson’s Bristol office saw 44 new hires during 2015, taking its headcount to 245, it is the firm’s second largest office nationwide, a great success story since its launch as a greenfield start up in 1998.”

Lawyers at the office advise on a range of issue and high-profile transactions, including the £5m London Borough of Tower Hamlets regeneration scheme and the MetroWest Rail Scheme extension to Portishead. Several employees at the Bristol office also hold national positions; Richard Guyatt, for example, Planning Partner in our Bristol office has just been appointed the new Chair of the Compulsory Purchase Association (CPA) which he will hold for a 12 month term.

Bevan Brittan houses over 50 per cent of its 46 partners and 290 staff in its Bristol hub, predominantly serving public sector clients such as Bristol City Council, and University Hospital Bristol.

“The firm remains cautiously optimistic in terms of our growth,” says managing partner Duncan Weir.  We continue to grow in strategic areas such as housing, regeneration and serving the private sector.”

He is similarly optimistic about the growth of Bristol’s legal sector in general: “it’s clear a number of firms see Bristol and the South West as an area with skilled legal professionals who can service clients across the UK and increasingly abroad.  The ‘Great Western Cities’ agenda bringing together Bristol, Cardiff and Newport around the Government’s devolution agenda should only see that level of increased activity servicing both public and private sector clients.”

Specialist legal service companies naturally grow around industry clusters, with Bristol being no exception. One of the newest is Burcher Jennings, a consultancy providing services around costs and pricing, which launched in February.

A whole raft of small solicitors too numerous to mention are at work across the city conducting day-to-day legal affairs, including conveyancing, inheritance and negligence in our increasingly litigious society. Companies such as Barcan Kirby, Watkins, AMD, Irwin Mitchell, Davis Wood, Bobbetts Mackan and many more.

Avon and Bristol Law Centre provides specialist legal advice and representation to people who could not otherwise afford access, focusing on social welfare law issues such as discrimination, immigration, housing and welfare. Since November last year, the £37,500 annual training costs of one of its social welfare trainees to provide legal aid has been part funded by a coalition of local big players – Osborne Clarke, Burgess Salmon, DAC Beachcroft and TLT – together with the Legal Education Foundation.