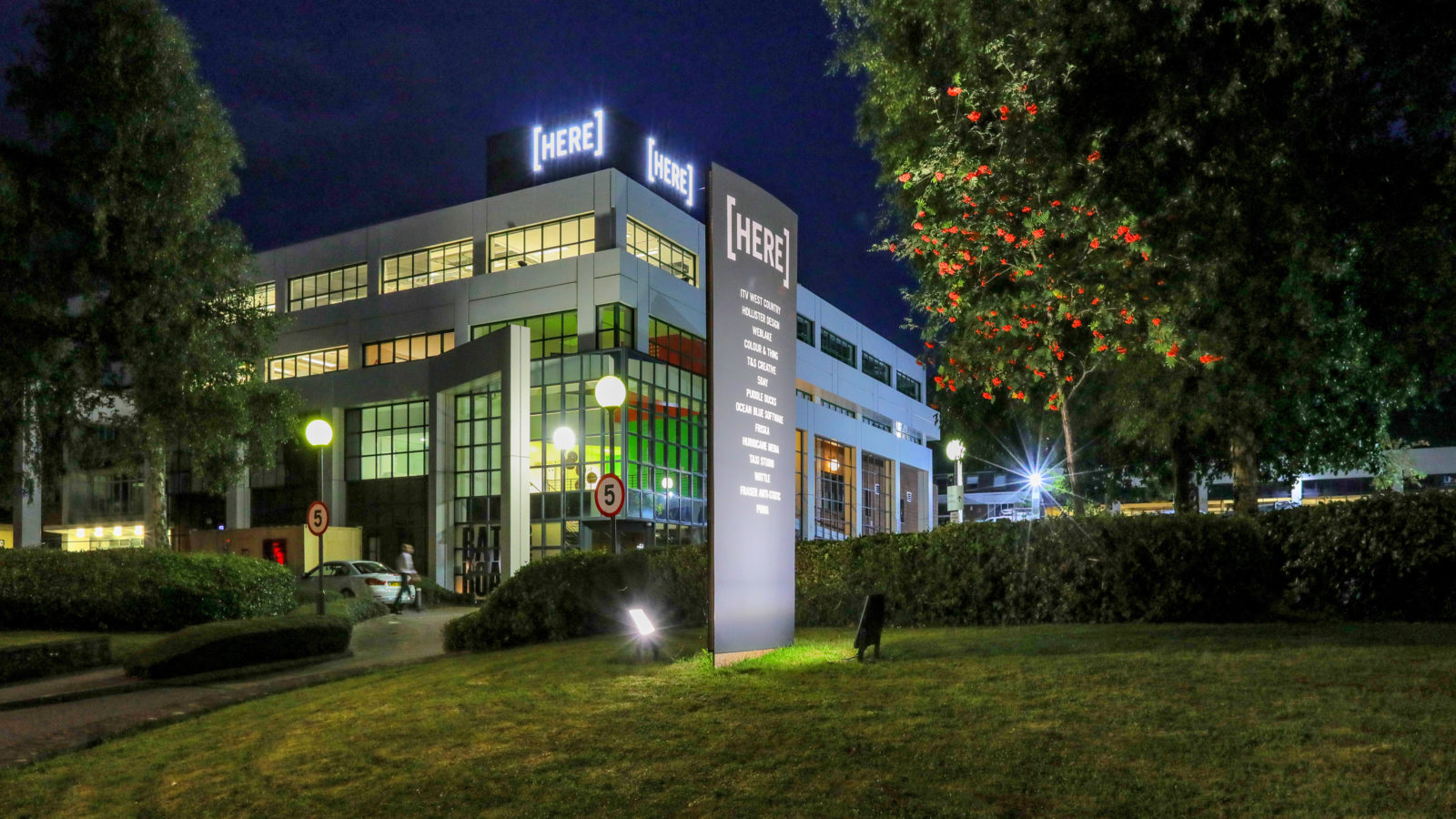 Weatherman Alex Beresford strolls into the ITV studio to do a run-through ahead of the evening’s programme.

In the next room, his familiar face appears in front of a map on one of the many monitors. It’s mid-afternoon on a Wednesday and getting towards the busy time of the day for the broadcasters, who have had their Bristol base on the Bath Road for more than six decades.

Reporters are working at desks in the centre of the room, while huge wall-mounted TVs screen news from different channels overhead. 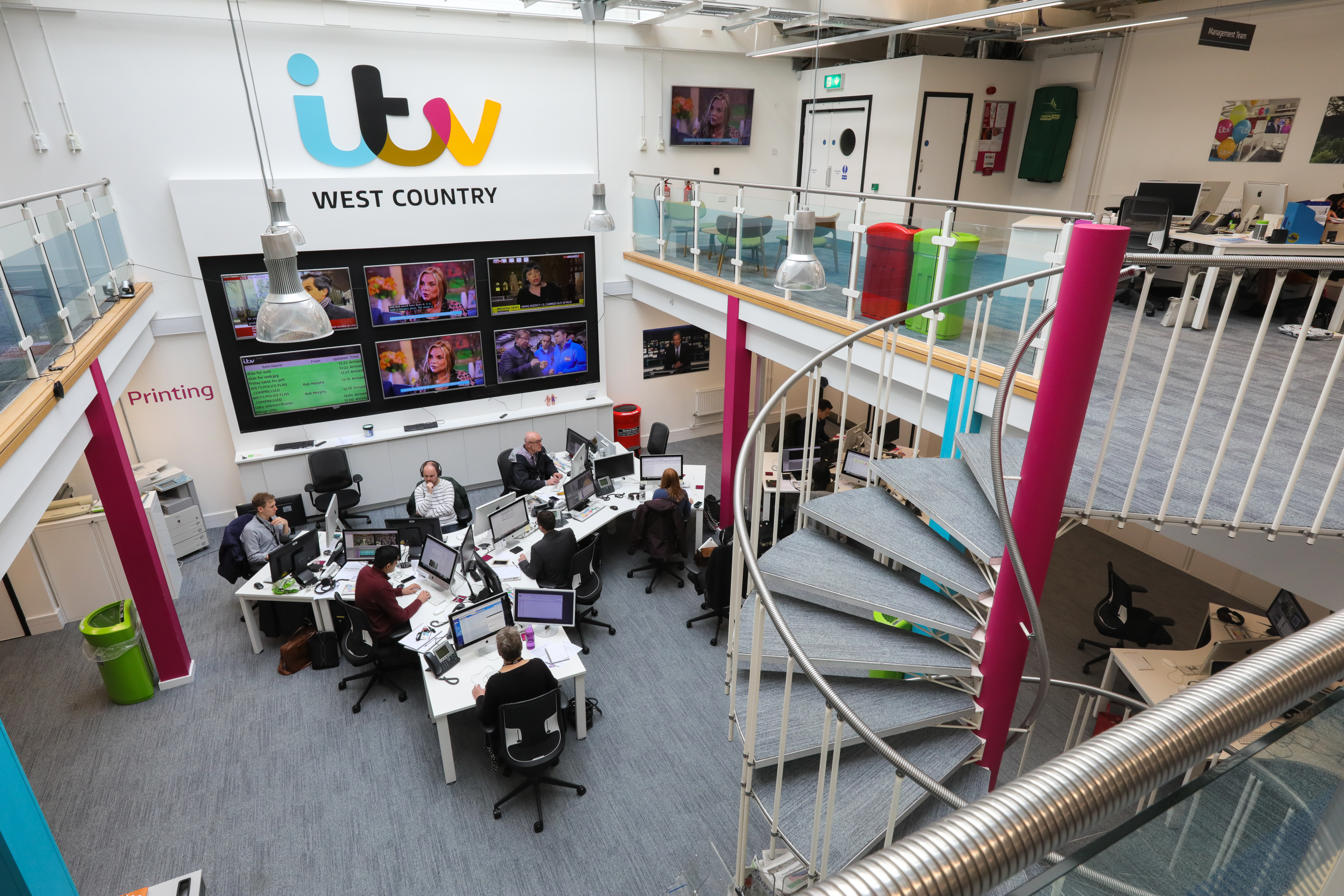 ITV has been based in the building for more than six decades. Photo by John Seaman

“The building has been home to ITV in the west for over 60 years,” Ian Axton, head of ITV West Country, tells Bristol24/7.

“In the past, the whole building was full of programme makers making a host of programmes, from children’s television to drama. Now it’s home to our regional news and weather, which is transmitted each day using the latest digital technology.”

Rumour has it that Hollywood stars Elizabeth Taylor and Richard Burton first opened the premises for what was then named Harlech Television (HTV) in the 1950s. Since then, the broadcasting giants have devolved their regional operations across the country.

While ITV still occupies a big chunk of the building known as HERE, the vast premises set back off the busy A4 is also home to a diverse range of companies, from global tech firms to startups.

The Ashville Group took over the building in 2014 and has invested in a major refurbishment, with phase two set for completion in 2020. The landlord offers long-term lets or serviced offices to meet different companies’ needs. 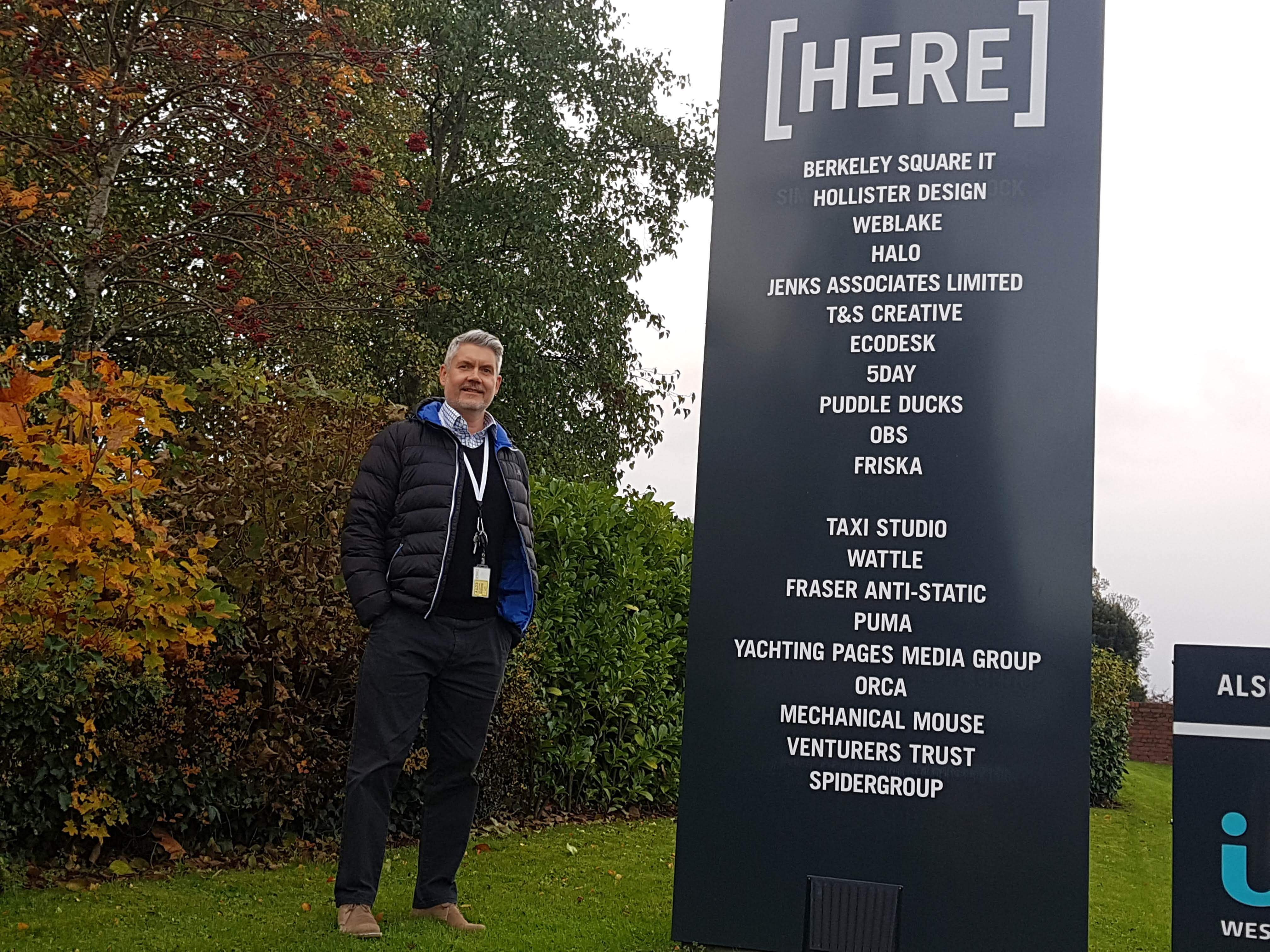 Phil Sykes says demand for office space is only increasing

Centre manager Phil Sykes says the demand for office space in the company’s flagship building is only increasing.

The aim is to create a vibrant workspace where businesses large and small can thrive, with dog friendly offices, a large ‘business lounge’ and café area catered by Friska and various on-site events. 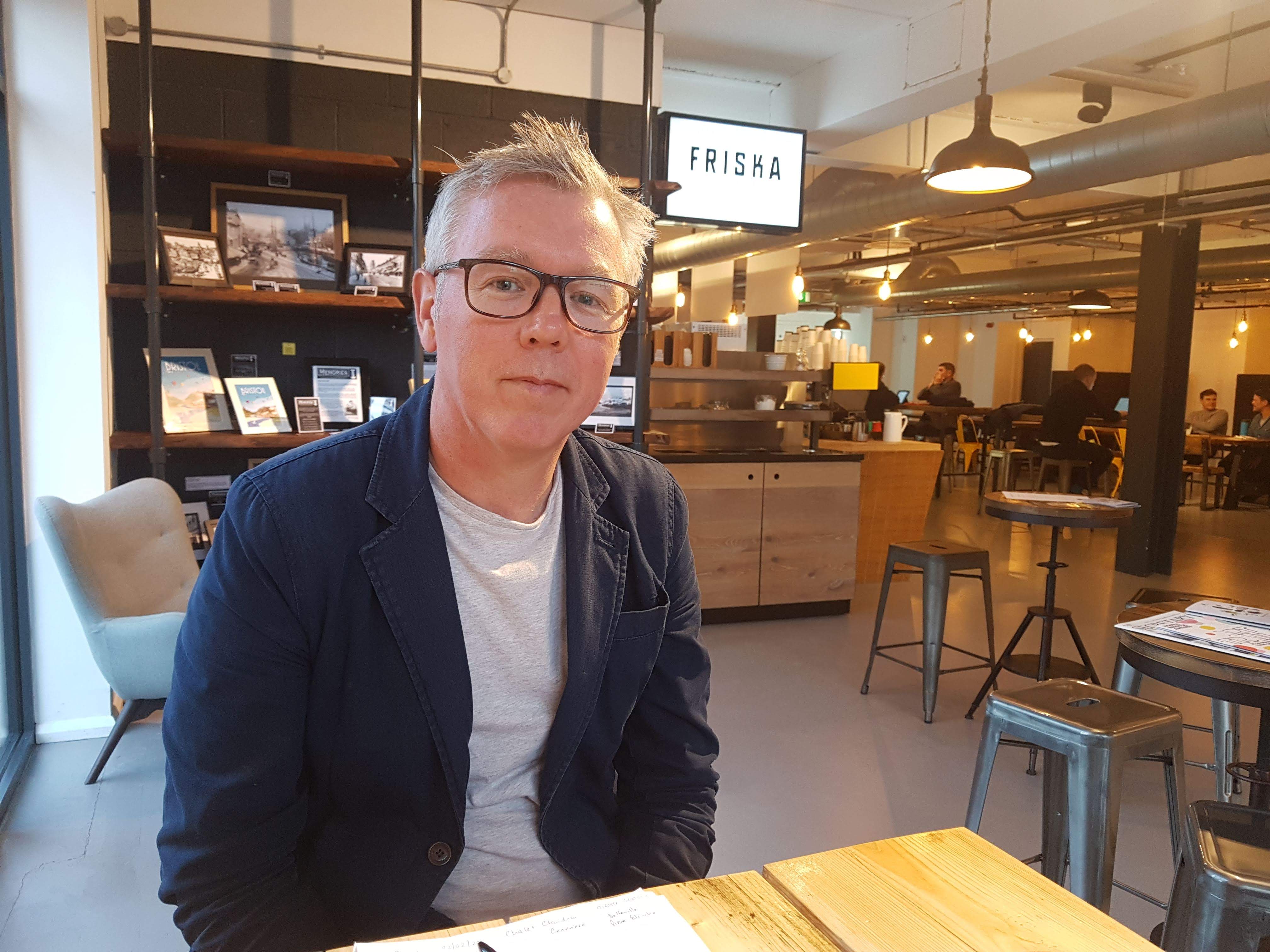 Making his way past Friska’s counter, Damien Smith, the CEO of Ecodesk, agrees to sit down for a quick chat.

He heads up an environmental, social and governance data business that provides information for companies to improve their sustainability performance and operates on a global scale.

Originally based in Bath, Damien Smith says the decision to move Ecodesk to HERE was largely due to the location.

“We wanted a well-connected, professional-looking space that also shared some of our ethos in terms of reducing energy consumption, and there were others we could collaborate with,” he says.

“Most of my software developers are in Bristol and you don’t pay the same amount here as for space in the city centre.”

HERE is a place where Bristol’s history, business and creative elements collide.

Outside, past a row of solid picnic benches, an engraved plaque marks one entrance to the building, commemorating the completion of the T. W. T. Studio Centre by the then lord mayor in 1960. Inside, prints by well known Bristol artist Andy Council, among others, decorate the walls. 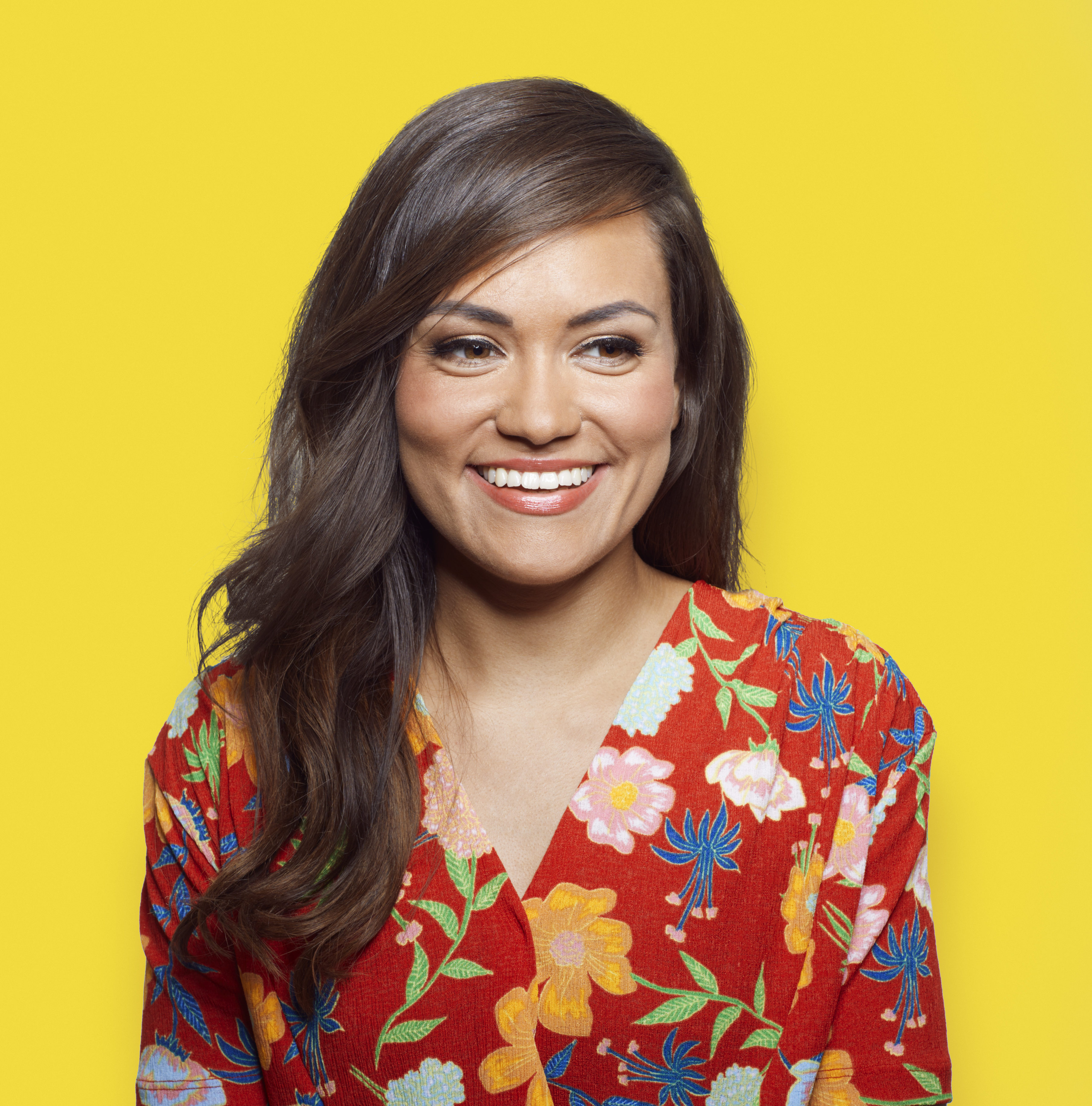 Ellie Webb of Caleño is fast expanding her business

In the middle of an informal meeting with her dog, Hardy, by her side, Ellie Webb is one of HERE’s newest tenants, having moved in just four weeks ago. She is the founder of Caleño, a non-alcoholic drink brand has been going for almost a year and has grown from a team of two to six in the last three months.

“We took the decision to move to the HERE offices as our team expanded, to secure a solid base in Bristol,” says Ellie.

“We now have full-time people working across operations, marketing, social and sales. Caleño is also available nationally across 500 Sainsbury’s stores, on Amazon and in local bars and restaurants.

“We’ve found the staff and tenants at HERE all super welcoming. The facilities are great, and it’s brilliant to be able to grab a coffee downstairs in Friska, and have my dog join me in the office and for the occasional meeting.” 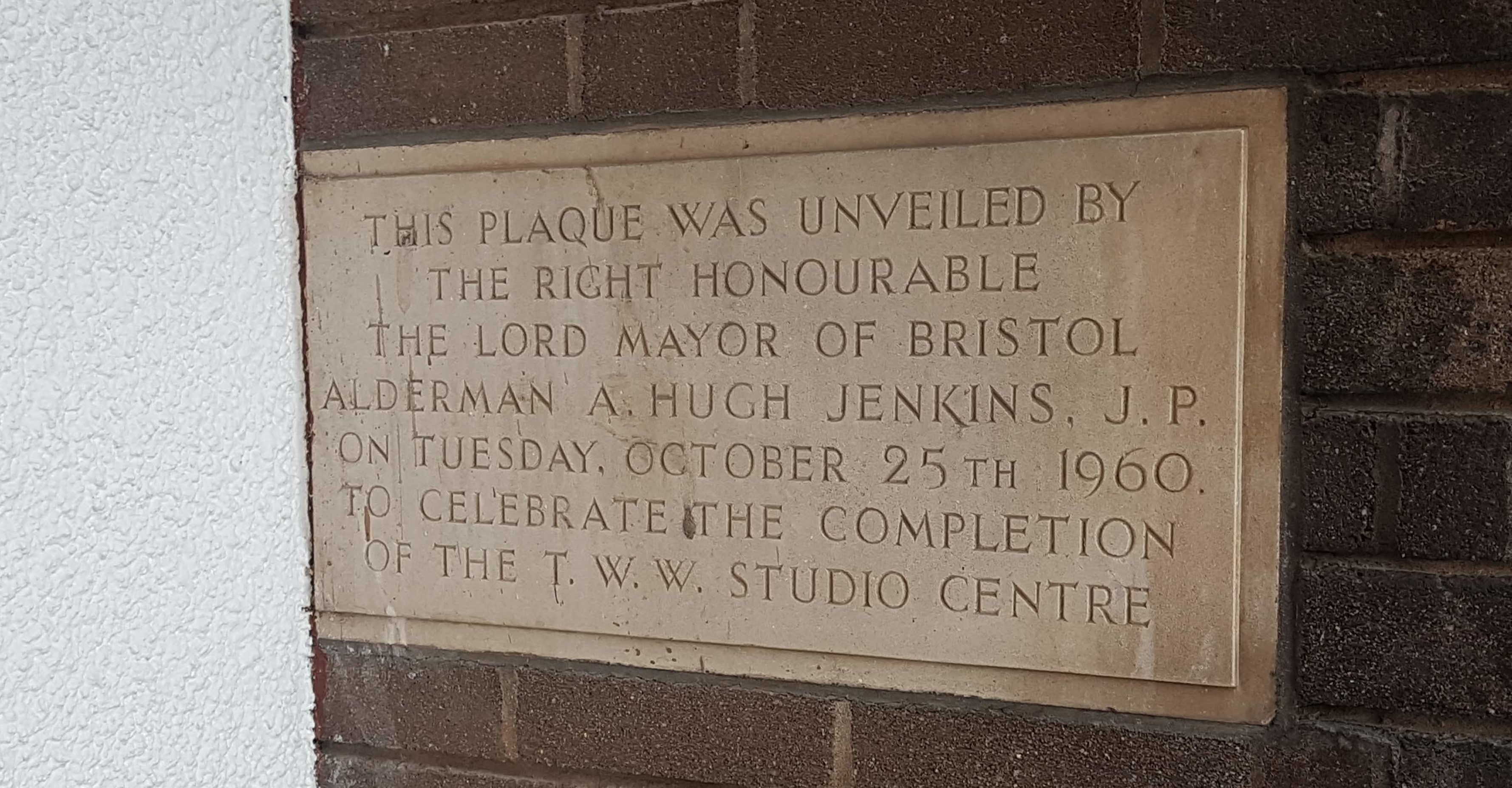 The plaque by one entrance to HERE

–          There are three meeting rooms and numerous breakout zones.