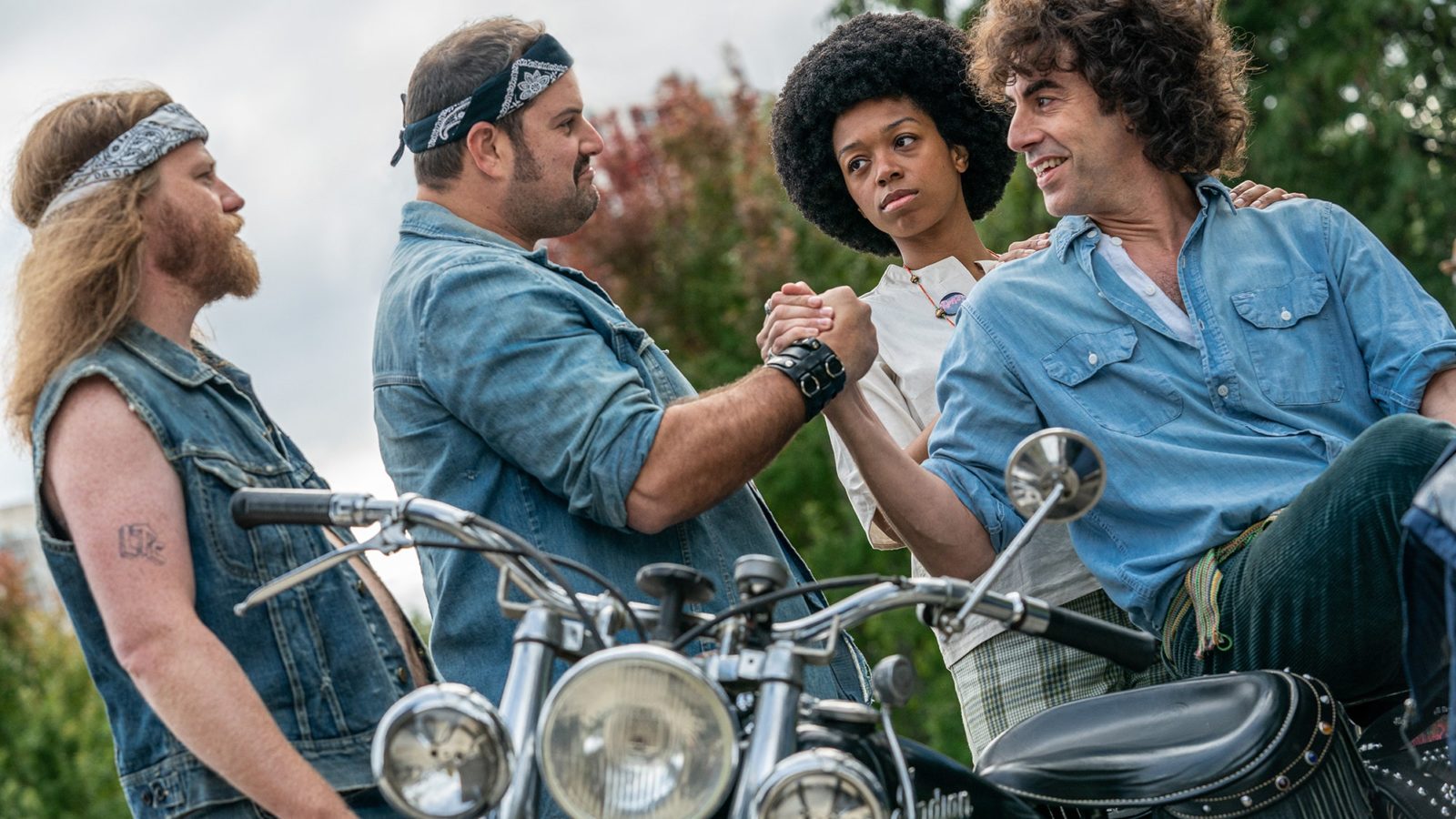 Talk about a troubled history. Aaron Sorkin wrote this one way back in 2007 with the intention that Steven Spielberg would direct. Shenanigans ensued and Sorkin subsequently decided to direct the thing himself, hot from the success of the Oscar-nominated Molly’s Game. Boasting an all-star cast, The Trial of the Chicago 7 was originally scheudled for a big cinema release by Paramount. But then the plague intervened and it was snapped up by Netflix. So now there’s just a very brief window of opportunity to see it on the big screen before it’s dispatched for streaming.

As the Ronseal title suggests, it’s a dramatisation of the anti-Vietnam war protesters who were charged with conspiracy and inciting riots at the 1968 Democratic convention in Chicago. This is likely to be your only chance to see Sacha Baron Cohen playing Yippie activist Abbie Hoffman. The rest of the cast includes Yahya Abdul-Mateen II, Joseph Gordon-Levitt, Michael Keaton, Frank Langella, John Carroll Lynch, Eddie Redmayne, Mark Rylance, Alex Sharp and Jeremy Strong. Reviews have been uniformly positive (only the dear old contrary Guardian seems to hate it), with Variety noting that the film is “the rare drama about the 1960s that’s powerful, authentic and moving enough to feel as if it were taking place today.”