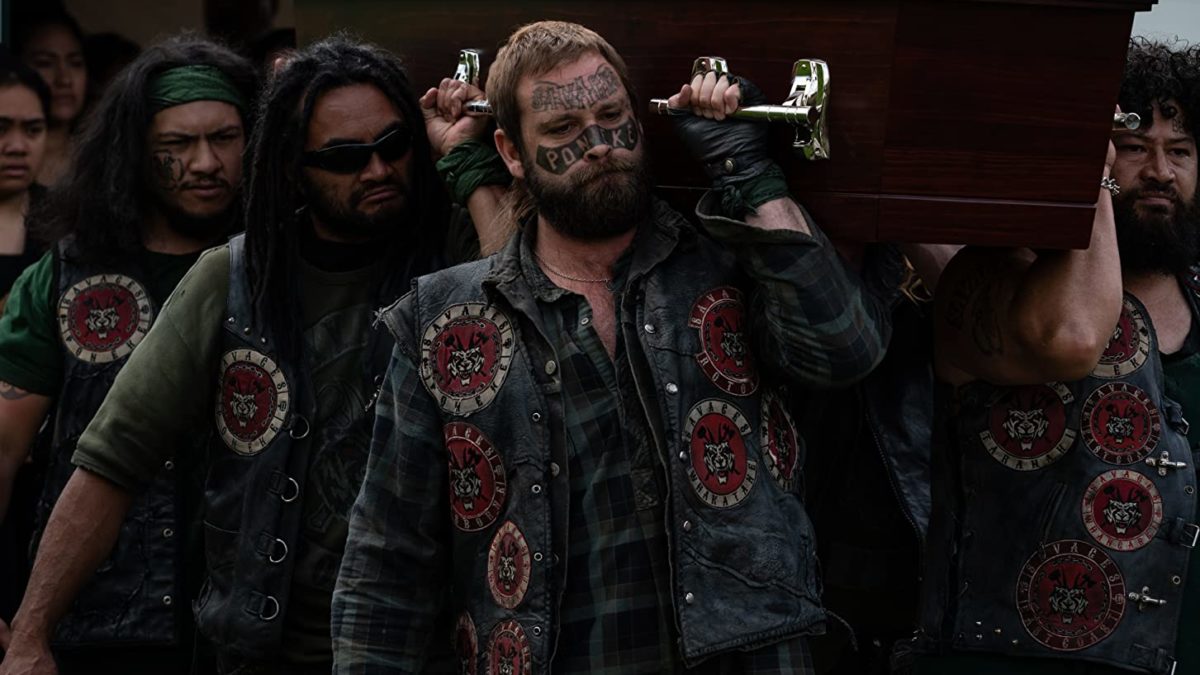 Rather crude comparisons have been drawn between Sam Kelly‘s debut feature and Sons of Anarchy and Once Were Warriors, though both give an indication of the territory in which the film operates.

Spanning 30 years, this gritty, violent, sweary Kiwi drama follows the aptly named Damage (Jake Ryan) at three key stages in his life, charting how he went from being the son of a devout Christian farmer to a heavily tattooed gang enforcer, via a spell in juvie.