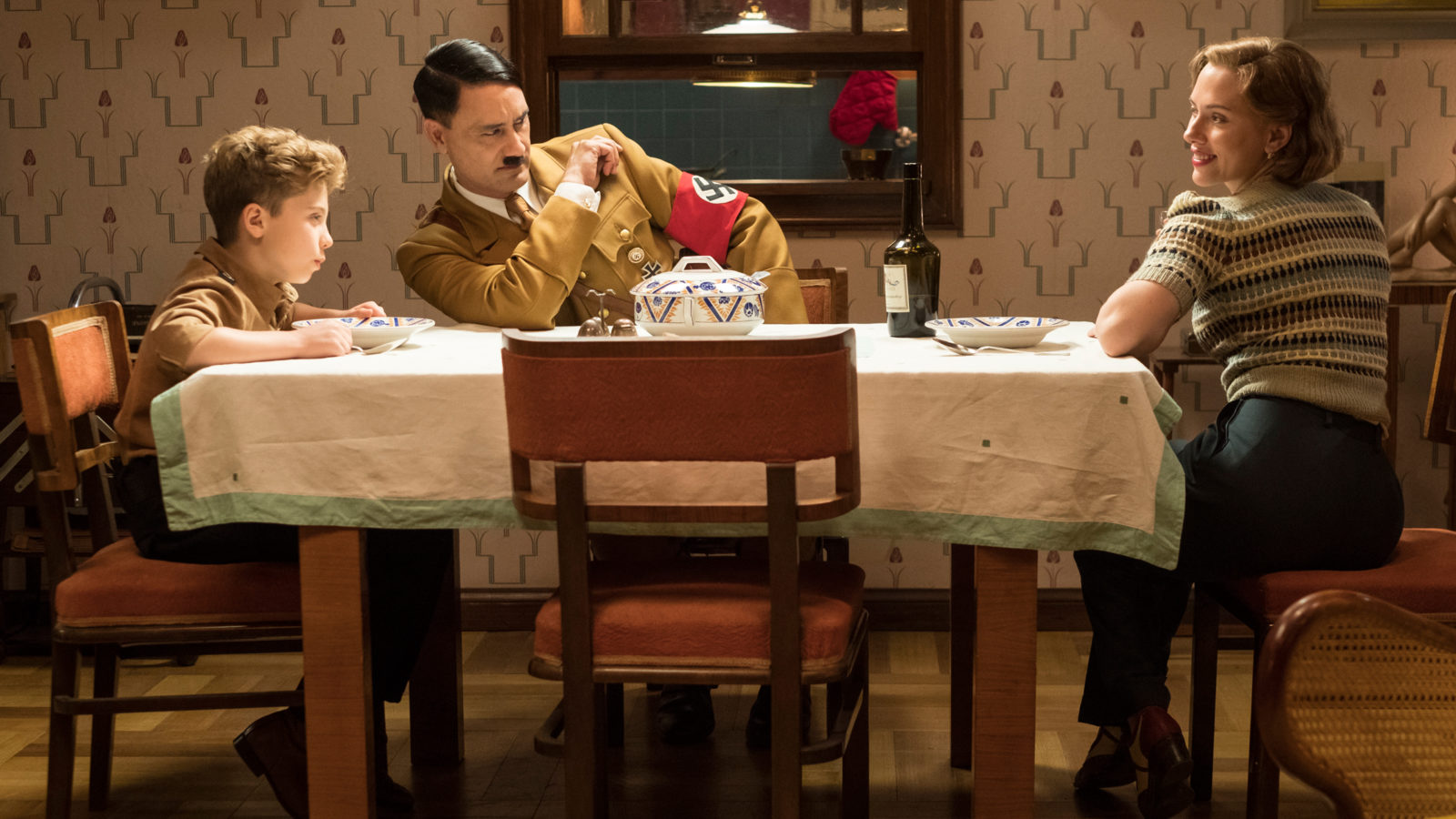 Hunt for the Wilderpeople and What We Do in the Shadows director Taika Waititi‘s daring satirical black comedy has received mixed reviews and attracted controversy for finding fun in its portrayal of Nazis. Perhaps inevitably, it has even been accused of antisemitism (though it has also been screened at the UK Jewish Film Festival).

Adapted from feminist novelist Christine Leunens‘s Caging Skies, this is the story of ten-year-old Hitler Youth member Johannes “Jojo” Betzler (Roman Griffin Davis), who, like many kids his age, has an imaginary friend. Jojo’s imaginary friend, however, is Adolf Hitler. One day, he finds a Jewish girl, Elsa (Thomasin McKenzie), hiding upstairs, having been hidden by Jojo’s mother (Scarlett Johansson). Jojo agrees to protect his mother from the Gestapo by keeping the girl’s presence a secret, but only if she reveals her ‘Jew secrets’. Naturally, Elsa obliges with outlandish tales of her superpowers. The film’s feelgood tone may make you feel a tad queasy, but this is probably your only chance to see Bristol’s very own Stephen Merchant as a Gestapo officer and Rebel Wilson as a Hitler Youth camp instructor. Go here for our full review.