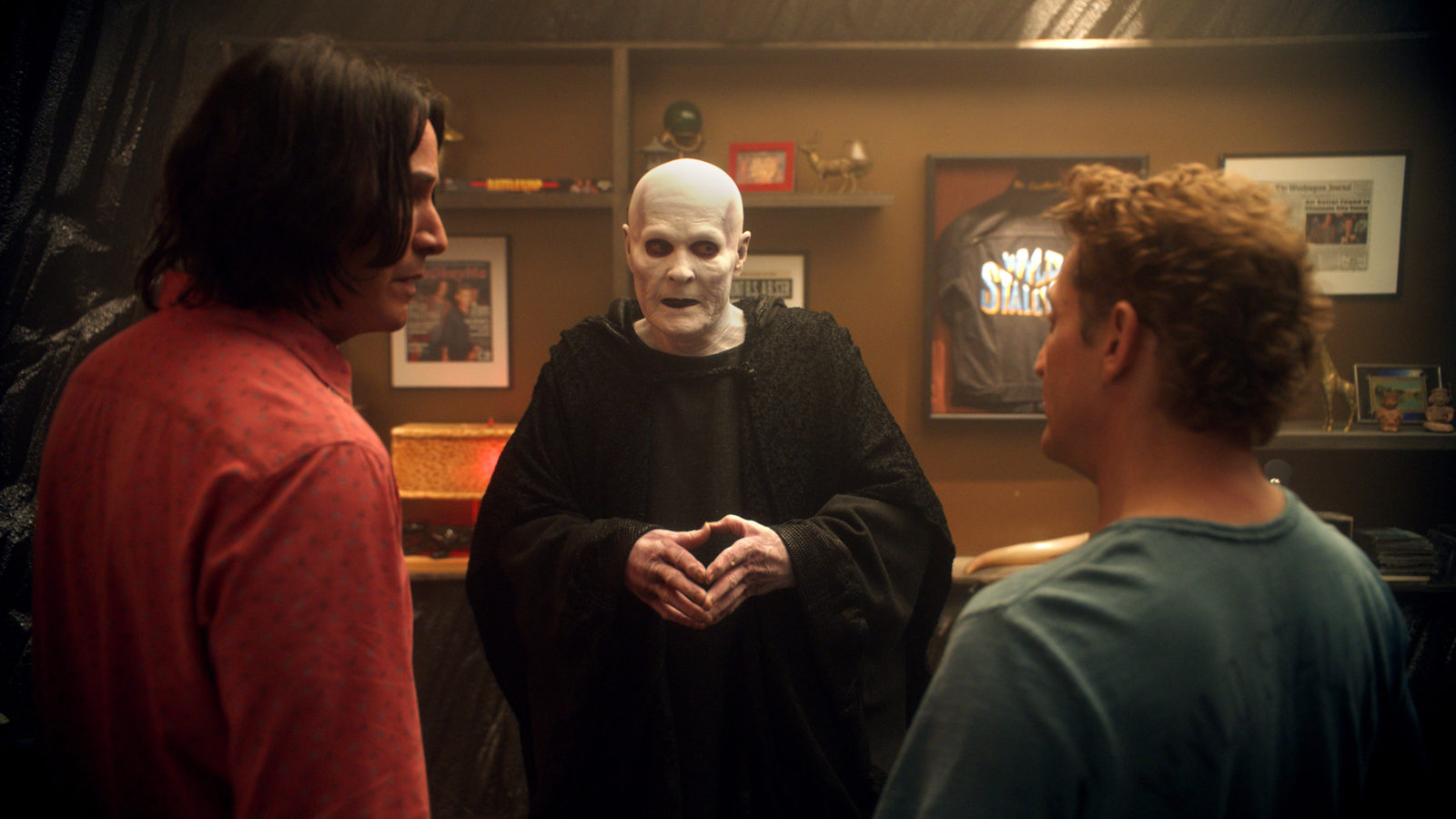 Nearly 30 years on from their Bogus Journey, lovable San Dimas aspiring rockers Bill (Alex Winter) and Ted (Keanu Reeves) have still failed write the song to unite humanity and avert the destruction of time and space. Trouble is, the dudes are now both middle-aged dads. But that’s not going to stop them nipping back in time to recruit the likes of Hendrix, Mozart and Louis Armstrong.

The threequel we thought we’d never see is directed by Dean Parisot, who gave us that great TV seicne fiction send-up Galaxy Quest. William Sadler is back as the Grim Reaper, Dave Grohl gets his obligatory rock flick cameo, and the soundtrack is, needless to say, most bodacious, featuring music by modern metallers Mastodon and Lamb of God. Oh, and Tosin Abasi of the fab Animals as Leaders takes over from Steve Vai as the official Bill and Ted “air shredder”. US reviews have been positive, with Variety acclaiming the film as ‘most excellent’:  “It zips right along, it makes you smile and chortle, it’s a surprisingly sweet-spirited love story… and it’s a better tribute to the one-world utopian power of classic rock than Yesterday was.”