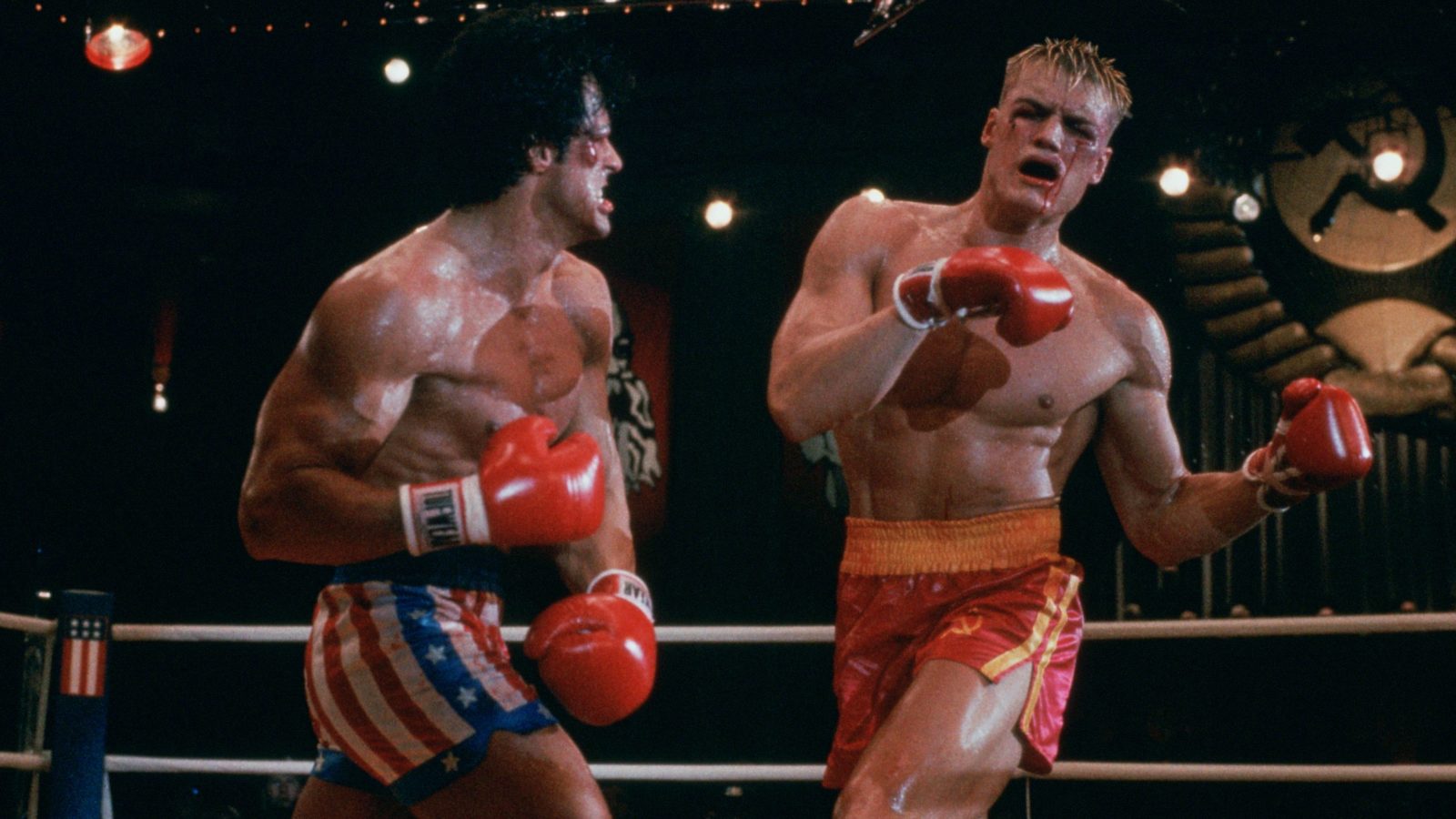 The Cold War hits the boxing ring as Rocky (Sylvester Stallone) seeks vengeance for the death of Apollo Creed by whacking seven shades of crap out of dastardly Drago (Dolph Lundgren) in Moscow, thus signalling America’s superiority over the Soviet Union.

There’s no room for subtlety in this fourth instalment, which sticks to the winning formula of mawkishness and puglilism. Consequently, it was a huge box office hit regardless of what the critics had to say (“…a last gasp, a film so predictable that viewing it is like watching one of those old sitcoms where the characters never change and the same situations turn up again and again, reckoned Roger Ebert).