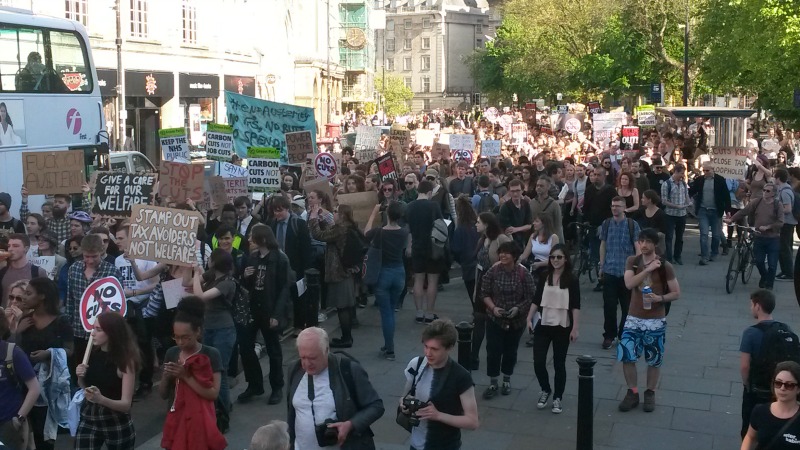 An estimated 2,500 people marched in Bristol in a peaceful protest against a programme of austerity set to be imposed by the new Conservative government.

A huge crowd met at the city centre before marching up Park Street, around the Triangle, back down Park Street and to Castle Park where speeches were made from the bandstand.

Read our live coverage of the event here.

The protest was organised by Bristol Against Austerity, an all-female group of seven sixth form students who were cheered by thousands as they led the march and addressed the crowds in the park.

“We are young, but our voices will not be silenced. We will not sit around while the rich get richer and the poor poorer,” Hannah Patterson, 17, one of the organisers, told the crowds. 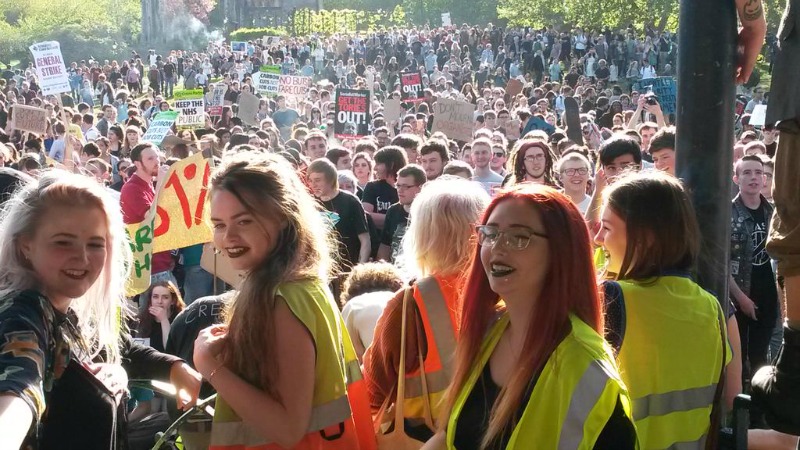 Thousands had gathered under bright sunshine from 5pm at the fountains to join the march which followed a similar protest in London on Sunday where violence broke out.

Park Street was a sea of colour with placards floating above as the protestors snaked their way up and down the street, leaving roads closed in their wake and the centre in gridlock.

The predominantly young crowd chanted ‘NHS here to stay, David Cameron go away’, among other protest songs. Police said the protest passed peacefully, with no arrests. 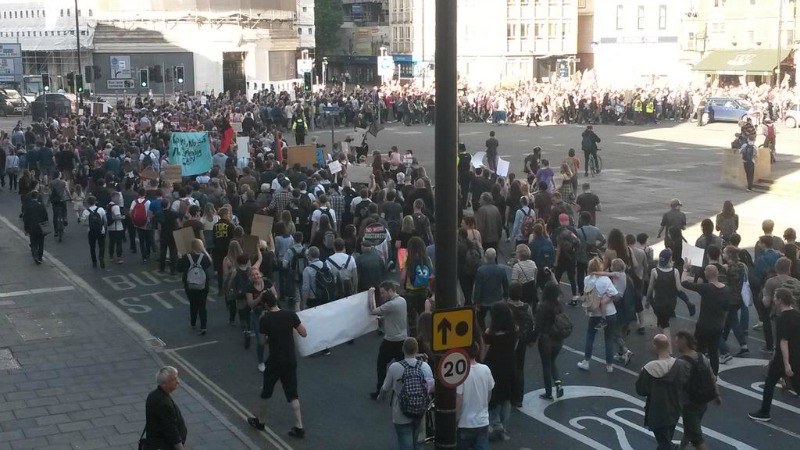 After the protest, Patterson, from St Andrews, told Bristol247: “I’m really, really pleased with the turn-out. I’m absolutely over the moon. I’m also really proud of all what we have achieved today.” She said estimates had put the total number of protesters at about 2,500.

She added that the Bristol Against Austerity group would continue to organise events and protests while working with food banks and shelters to support the most vulnerable.

It is anticipated that the Tories will impose £12 billion of welfare cuts in the coming parliament. A nationwide anti-austerity march is planned in London on June 20, organised by the People’s Assembly.