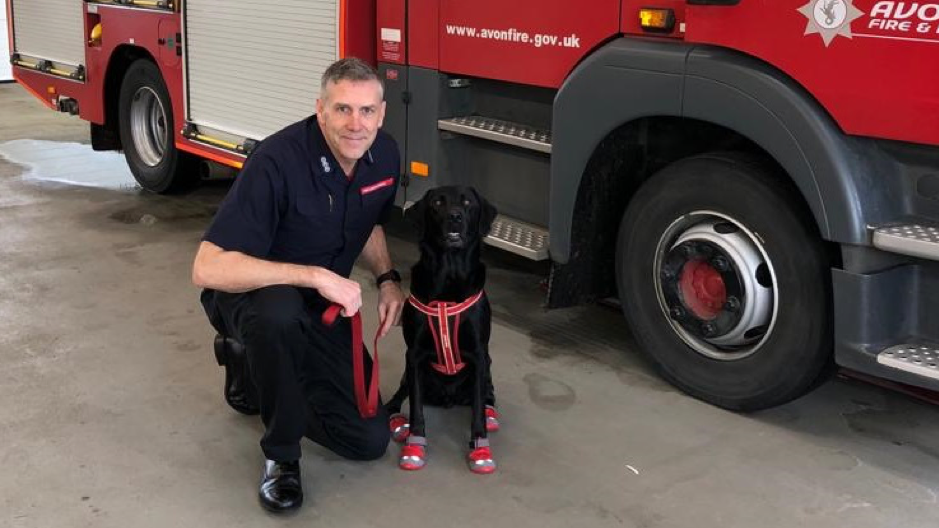 Meet Kingswood fire station’s newest staff members: Sally, Buddy and Jet. The three might look like normal canines, but they each have hidden talents – they are Kingswood Fire & Rescue’s devoted sniffer dogs.

Every one of them is expertly adept, putting their famously powerful noses to good use searching for bodies and substances – much quicker than even the most sophisticated human technology. Buddy and Sally (both part of the service’s urban search and rescue team) specialise in searching for bodies in piles of rubble, whilst Jet the black labrador from fire investigation helps locate any ignitable substances. 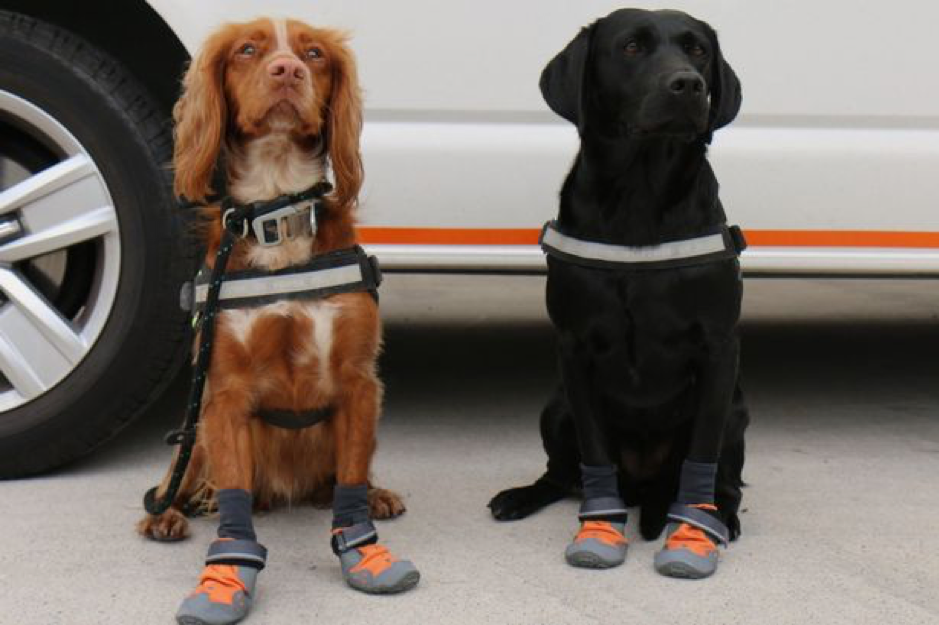 Rachel King, firefighter and Sally’s trainer, says she ” joined the service from a gamekeeper in Wales.” Buddy, a two-year-old spaniel cross, is a rescue dog from Biggin Hill, Kent. “The previous owners couldn’t handle him,” says firefighter Martin Tully, Buddy’s handler, “so that was perfect for us.

“He will find life in collapsed structures, rubble piles, anything like that.” says Martin. “When he finds a body, he’ll just keep barking, then we give him a reward.”

Part of this job includes listening to commands from their handlers, like the emergency stop.“This is for when we need to get him down quickly, when he’s about to get into something that wouldn’t be very nice for him”

Jet, a five-year-old black labrador, took a three-month fire investigation training course at the age of just 16 weeks, becoming the youngest dog to ever pass the course. His role is to sniff out ignitable substances at fire scenes. 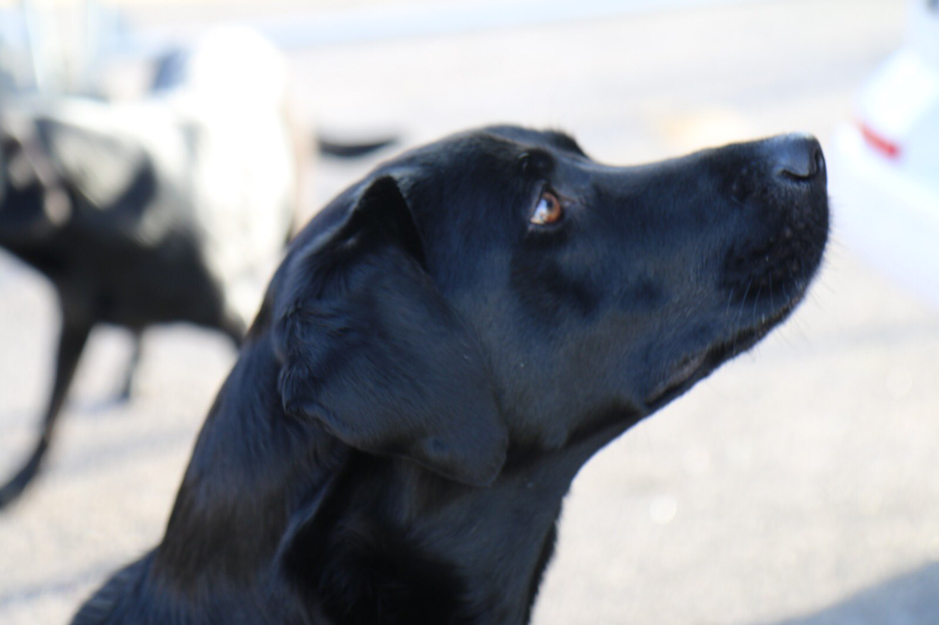 Jet uses his nose to sniff out fire-starting substances

Although the job might sound dangerous, it’s Jet’s handler Martin Bolt’s job to look after his safety and keep him out of harm’s way: “Every time we use working animals like Jet, their safety is most important.” says Martin, who is also the station manager, “Part of my role as a handler is to determine the scene to check it’s completely safe.”

This means removing any broken glass, dangerous rubble or smoke and making sure the scene has cooled down completely. Jet is also given protective boots and harness and sometimes a long lead to keep him from wandering too far.

But how do these expert pups know what they’re looking for? Martin says: “Sniffer dogs don’t actually have any interest in the casualties or substances themselves.

“What they’re actually looking for is their favourite tennis ball. Their training has made them associate the toy with the smell of whatever it is we want them to find.”

The dogs have undergone months of extensive training with their handlers and they will keep learning throughout their careers, keeping their skills reliable and up to scratch – and making sure no one is left barking up the wrong tree.

In the early stages of training, the dogs are rewarded for recognising the target scent. As the training develops, they must also react correctly – whether it’s barking, staring, growling or sitting – to receive a prize. Sniffer dogs like Jet start by finding large amounts of the substance, which are then decreased. As a result, he can now sniff out even the smallest traces.

Speaking about Jet’s first job, Martin says: “He did really well, I was probably more nervous than Jet. That would take humans considerable hours – but only took Jet a few minutes.”

“He can work as long as he wants to work.” says Martyn. “It’ll come to a stage where, like everybody, he’s had enough of working life and just wants to put his feet up. He could work until he’s 12 or 13, so he’s got plenty of life to look forward to. I’m proud to be his handler and I look forward to working with him over the coming years.”

That gives handlers like Martyn and Martin more than a decade to work with Buddy, Sally and Jet. They have hundreds of missions to prepare for and a lot of work ahead of them but Martyn says: “Being able to help out is always their biggest reward.”