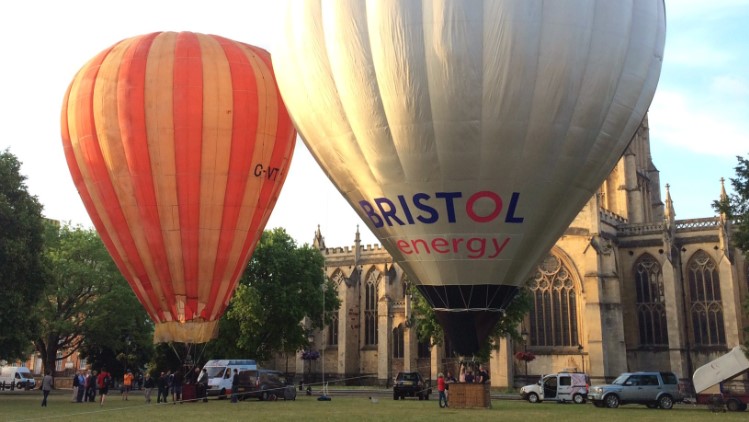 Opposition councillors have responded to the sale of the business side of Bristol Energy, with criticism of the way the whole saga has been handled.

On Monday it was announced that Yü Energy has acquired 4,000 accounts from the troubled company for £1.34m, a sum branded “paltry” by Green mayoral candidate Sandy Hore-Ruthven, who has blamed the Labour administration for being “too secretive”.

The deputy leader of Bristol’s Tory councillor group Claire Hiscott called the sale a necessary step to ending the council’s involvement with the loss-making firm but said taxpayers’ will be left saddled with huge financial losses.

The Lib Dems have warned the full extent of these losses are yet to be realised.

Bristol Energy has received £36.5m in public money since its launch in 2015 and has posted official losses of £32.5m. The sale of its business customer base to Yü Energy was confirmed the day before the Nottingham-based firm made headlines again with reports it was reprimanded on the London Stock Exchange over an accounting scandal.

Meanwhile, separate negotiations are still ongoing for the sale of the domestic side of Bristol Energy, which is owned by Bristol City Council.

The Mayor continued to prop-up Bristol Energy long after it was sensible to do so, investing over £36 million of our money. Now even it's customer base, which was supposed to be worth something, has been sold for a paltry £1.34 million.

Commenting on Wednesday, Hore-Ruthven said he had been supportive of the ethos behind Bristol Energy, but argued the company’s strategy was badly managed and had been propped up for too long by the council.

“Had councillors been involved much earlier, better decisions could have been made,” said the Green mayoral candidate.

“As a city, we have wasted over £35m. It didn’t have to be this way. If our mayor hadn’t been so secretive the picture could be very different now.”

Speaking in May, when plans to sell Bristol Energy were confirmed, mayor Marvin Rees said his administration had inherited a failing company on which £15m of taxpayers’ money had already been spent or earmarked.

He defended the decision to discuss the sale of the company behind closed doors because of its commercially sensitive nature, saying that sharing information would come “at a huge additional cost to the city”.

Responding to the latest developments, Hiscott criticised the mayor for not attending meetings with other party group leaders in which she said Bristol Energy was often a standing agenda item.

The councillor for Horfield added: “Of course, it is also abundantly clear that the local taxpayer is going to be saddled with the huge financial losses, currently posted at £32.5m. The final figure is almost certain to exceed this after taking into account additional commitments and liabilities such as repaying an expensive renewables obligation. Hence, any return of value is likely to be a proverbial drop in the ocean.”

Gary Hopkins, the Lib Dem group leader, added: “We would expect the rapid closure of the rest of the operation. The full losses have been hidden from the Bristol public but these will emerge over coming months.”

Read more: Business side of Bristol Energy sold for £1.34m