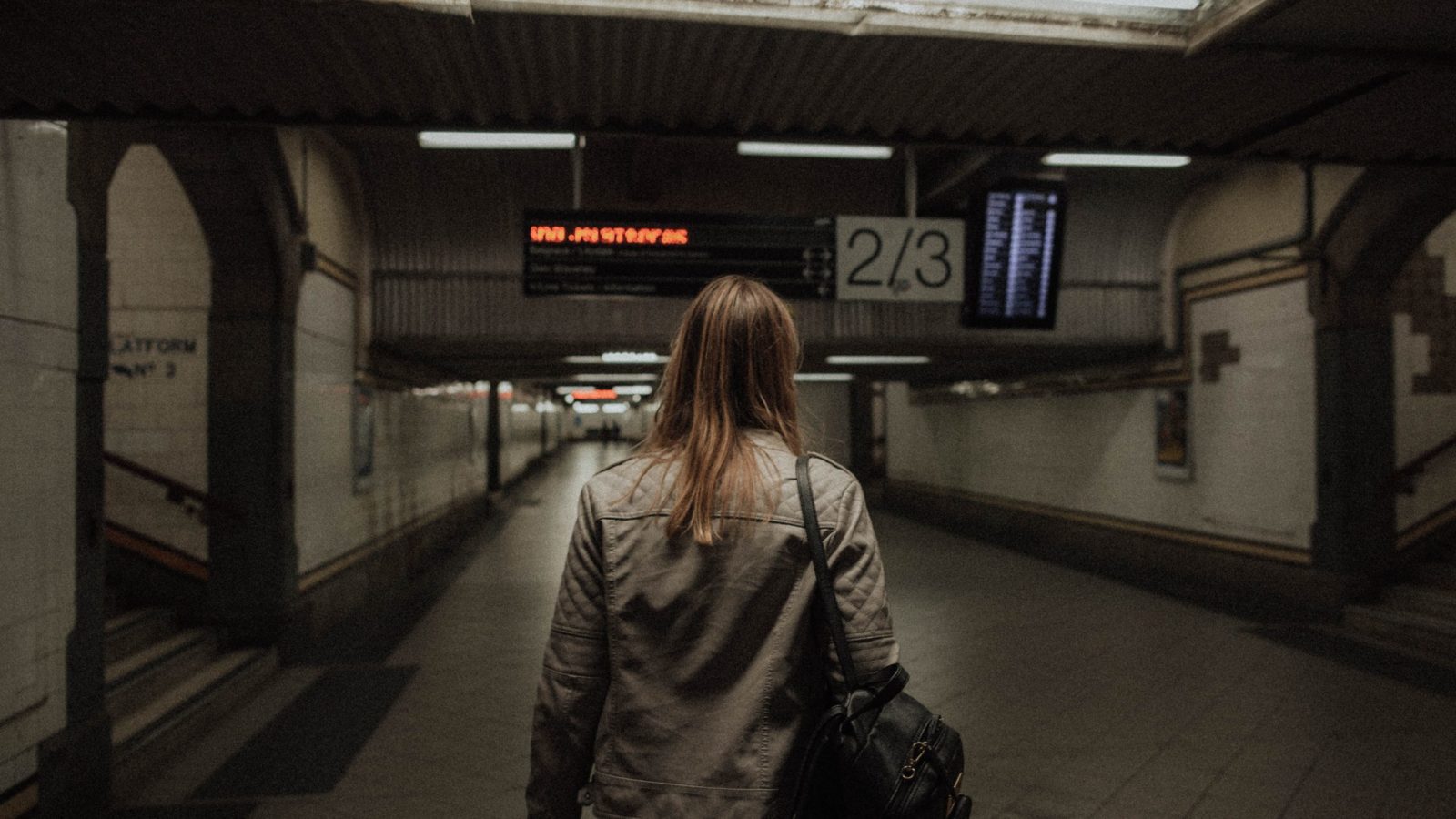 A leading researcher on illegal drug markets argues progressive policies should be considered if genuine change for the better is going to be achieved.

Dr Jack Spicer, a lecturer in criminology at UWE Bristol focused his PhD on the emergence of county lines, whereby city drug gangs expand their operation out into new, often more rural, territories.

Acknowledging this model relies on the exploitation of vulnerable groups of people, Spicer believes it is not something the police cannot deal with alone and argues it should be recognised as a societal problem, requiring a coordinated response and progressive policy-making.

The lecturer and early career researcher spoke to Bristol24/7 ahead of a series of talks taking place in the city in which experts, health care professionals, politicians, campaigners and treatment providers will discuss how reforms could better protect people from the devastation caused by the illegal drugs market.

Death rates due to drug use in Bristol are more than 60 per cent higher than the national average and the city has some of the highest levels of cocaine use in Europe, according to figures provided by Transform Drug Policy Foundation, a national charity based on King Street. 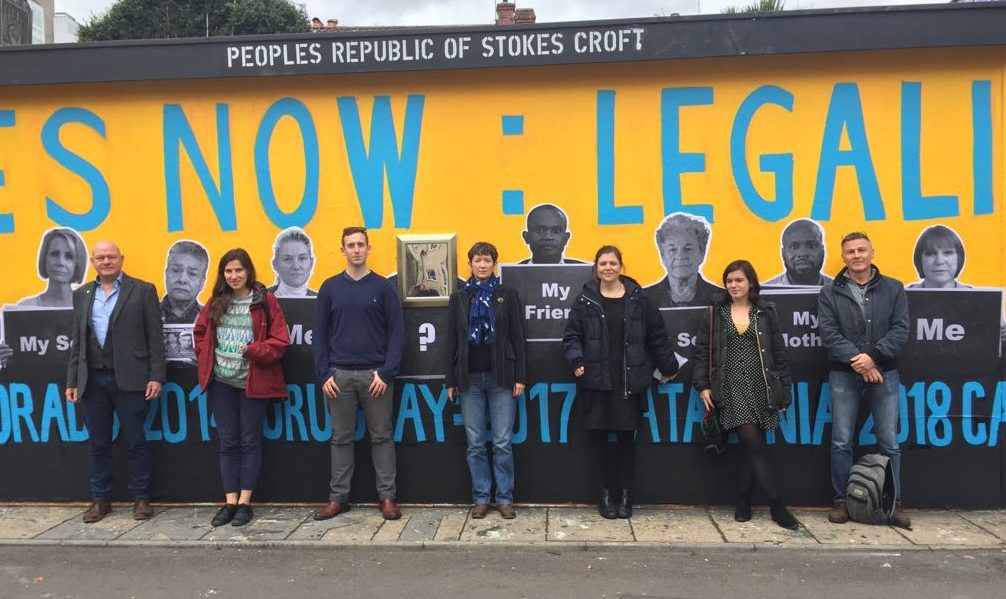 Drug reform campaigners pictured in front of a Jamaica Street mural in 2017. Photo by Cara Lavan

There is also a history of pioneering alternative ways of tackling the problem. It was the first in the UK to offer city centre drug testing and, in 2019, launched a bold pilot scheme aimed at diverting the vulnerable people at the bottom of the chain away from the cycle of criminality by offering the opportunity to take part in an intense six-month course.

Read more: A leap of faith to break the cycle of criminality

As part of the Take Drugs Seriously talks, Colston Hall will play host to a mock-up safer drug consumption room.

Speaking about the rise of county lines, Spicer says: “While it is important to recognise that the emergence of the county lines phenomena is not quite as new as is sometimes portrayed, one of the strongest arguments regarding its burgeoning presence is the saturation of drug markets in many major cities.” 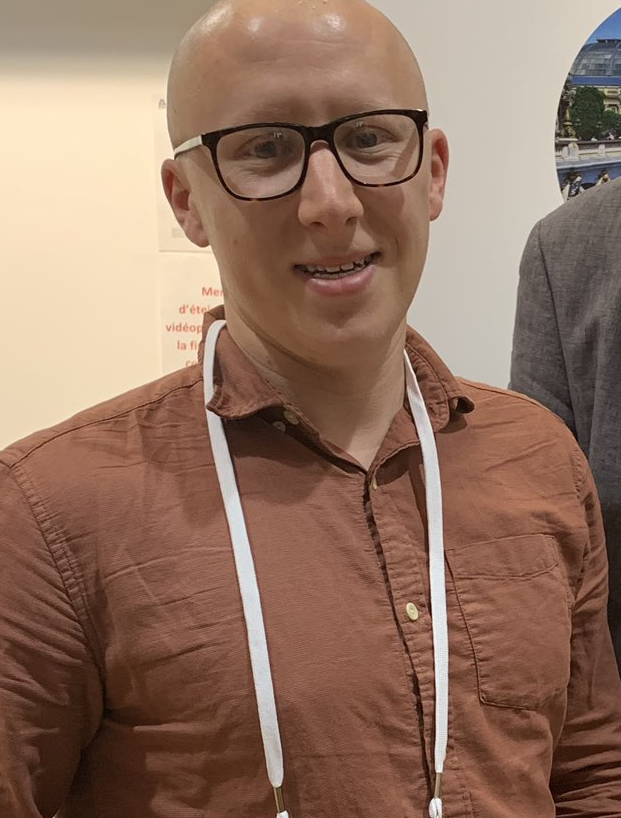 Spicer acknowledges the innovative work being undertaken in response to county lines but says one of the enduring challenges is dealing with the blurred boundaries between victim and offender when vulnerable young people are often preyed on.

Another key concern is the practice of ‘cuckooing’, which involves dealers taking over the homes of vulnerable people or drug users as a base to store and sell drugs.

Spicer argues you can’t divorce drugs and their associated issues from wider social policy, saying: “When considering the rise of county lines, I believe it is important to consider the current political-economic context. With those at the edges of society becoming increasingly marginalised and receiving less support, it is not surprising that many end up finding refuge in the illicit drug market.

“County lines is a social problem and we should respond to it accordingly.”

He adds: “With regard to drug policy, it is worth recognising that county lines drug dealing exists because they have people to sell to. Addressing the demand for the drugs and considering more progressive policies that begin to address the illicit nature of the drug market are worth seriously considering if genuine change is going to be achieved.”

The series of talks continues until Saturday, January 25 and speakers include Professor David Nutt, a campaigner for policy reform who was sacked as a government drug advisor for criticising the decision to toughen laws on drugs such as cannabis and ecstasy, and Dr Suzi Gage, author of Say Why to Drugs.

Find out more via www.transformdrugs.org/bristol-take-drugs-seriously/.