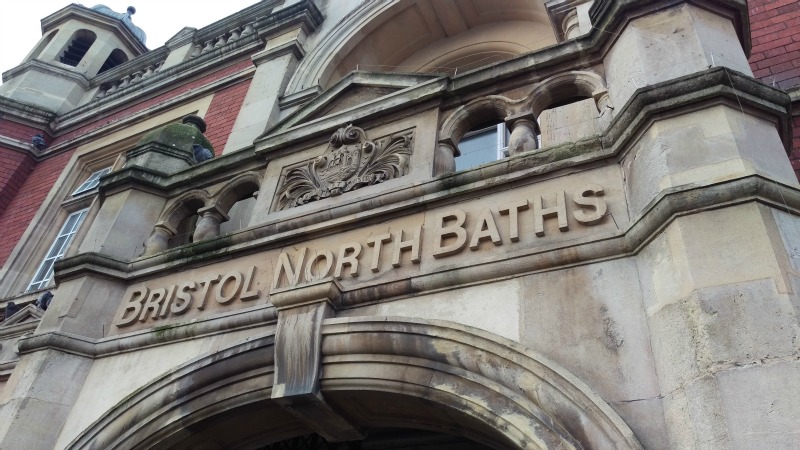 Developers have five days to leave the Bristol North Baths after the council pulled the plug on support as tensions boiled over at a heated public meeting.

The city council’s property director revealed that Chatsworth Homes has been served legal notice and must hand over the keys to the long-overdue refurbishment as he faced angry traders who have been left without pay a month from Christmas.

The council, which had put £3.4 million into the project, warned Chatsworth Homes on November 2 that it had 10 days to complete the works on the new GP surgery, library and flats which were supposed to open in October 2013.

Kevin Batt, director of Chatsworth Homes, told builders, electricians and decorators gathered in the unfinished surgery on Thursday that there were “no funds” to pay them as the council had turned its back.

Robert Orrett, director of property at the council, said “enough is enough” and he regretted not pulling the plug on the project earlier. The mayor later added the city had been let down “time and time again” by developers.

About 50 members of the public, prospective residents and contractors were at first divided in blaming Chatsworth Homes and the council for the “fiasco” which has seen people waiting for a home for two years and builders and investors lose thousands of pounds. The majority later turned on Chatsworth Homes.

Painter and decorator Andy Nicholls, 47, told Bristol24/7 he and his business partner were owed £7,500 between them. “It has screwed up Christmas. Some of us have got families and we won’t get a penny,” he said.

The meeting was called by Chatsworth Homes, who claimed to have found an investor to finish the works by the end of the year.

But the council said it would be continuing with plans to terminate their contract and would be kicking them off site next Monday.

Batt, Orrett and former councillors took it in turns to pass the blame, standing on chairs at times to address the crowd.

Both the council and Chatsworth Homes were accused of turning their backs on traders and the businesses and residents who had signed up years ago to take spaces in the development.

Orrett said: “There comes a time when enough is enough. We have no confidence or trust in Chatsworth Homes, we’ve passed the point of no return.

“We must prioritise the completion of this project and protection of our investment by taking back control.”

He added: “Standing here now, it is evident if we had hindsight we should have terminated earlier.”

Facing accusations of cowardice and lack of courage, Batt said he had lost £800,000 and “half a home”. He said the situation was “greatly unfortunate”, adding: “I am sorry, I am terribly sorry. We would like to have finished ages ago.”

The council has insisted it would not lose money on the project, despite lending Chatsworth Homes more than £3.4 million to carry out the work so far, and now having to pay for the rest of the work to be completed.

A 2011 deal between the council and Chatsworth Homes for the conversion included a loan of £3.4 million to complete the new medical practice, library and block of 10 flats on the adjacent car park.

It also included the option for Chatsworth Homes to buy the site where the current library is on Cheltenham Road and develop it into flats.

The project was supposed to be complete by October 2013. But after numerous delays the council put a stop to the development and ordered a review in 2014 which found unsatisfactory standards of work.

A new finish date was agreed in early 2015 for this summer, which was also missed. A major blow came when Bishopston Medical Practice announced it would be pulling out as prospective tenants in October.

The GP surgery and the new homes next door remain unfinished

The council, which still owns the site, says it plans to recoup all costs by selling the flats which are weeks away from completion and either leasing the medical centre to a practice or selling the freehold to an investor. The library would remain in public ownership.

The authority also plans to sell the Cheltenham Road Library site, which already has planning permission for flats.

Bristol’s mayor George Ferguson said: “The history of the project speaks for itself, and any proposals put forward now by the developer are simply too little, too late – our minds are made up.

“It is vital that we protect the council’s investment and take control of this project to deliver the much needed library, health centre and new homes at no net loss to the taxpayer.”

Read more on the council’s ultimatum to Chatsworth Homes.