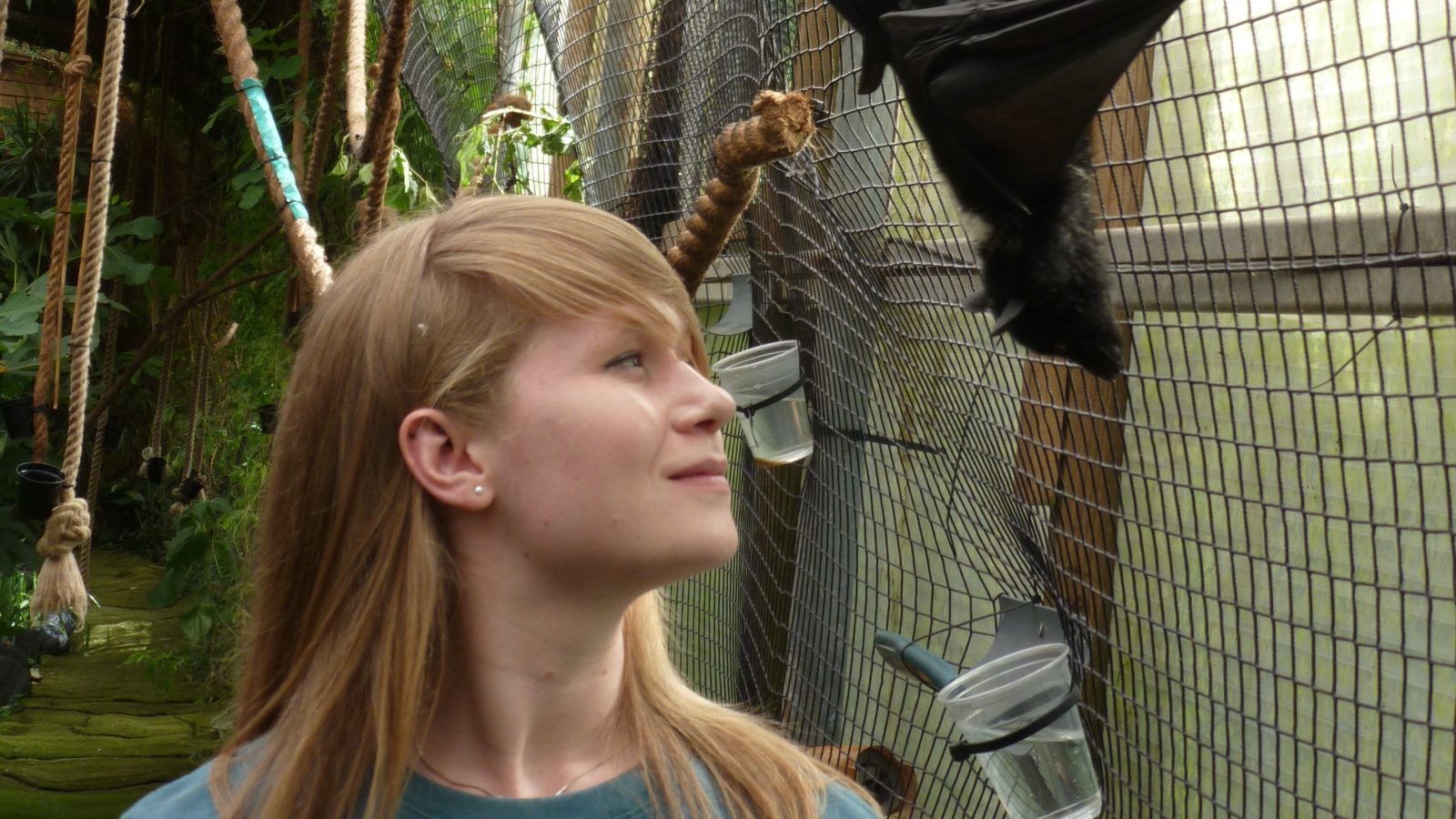 “This species is at a crossroads and will go extinct without help in the near future,” says the Bristol zoologist fighting to save the critically endangered Livingstone’s fruit bat.

Sarah Richdon is on a one-woman mission to ensure the important species – of which only 1,300 remain in the wild – is not lost forever through pioneering work to create a genetic family tree of captive populations.

Her research is something Bristol Zoo has aspired to do for a long time and could significantly help the survival chances of the bats that are under threat from deforestation.

“Whereas some people can tell the differences between cars or sports, my area of interest was always animals and so zoology was the obvious career path,” says the PhD student on her chosen area of expertise.

“I became interested in Livingstone’s fruit bats after I volunteered for 18 months with Bristol Zoo.

“It took two years of volunteering with the zoo, meeting with potential PhD supervisors, and background reading to develop my work.

“The main threat to this species in the Comoros Islands is human deforestation for agricultural reasons, which destroys the trees they live in. Between 1990 and 2005, the Comoros Islands lost around 60 per cent of their forest cover in lieu of farming plantations. 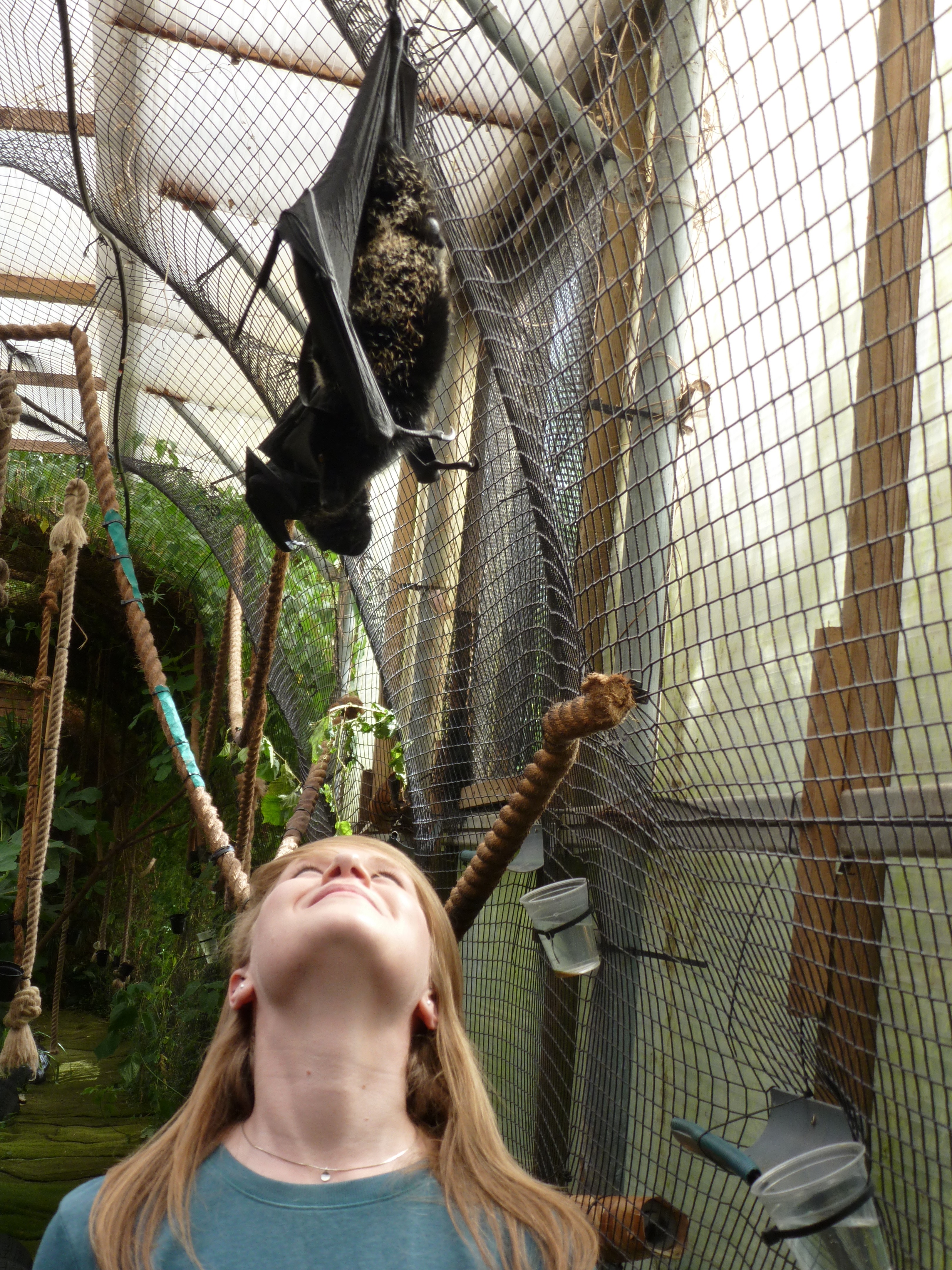 Sarah is raising money to fund her pioneering research work

“Livingstone’s fruit bat was reclassified to critically endangered a few months ago – just one step away from extinction.

“The species helps regenerate forests by dispersing fruit seeds around the Comoros Islands by spitting out seeds when they eat and also from seeds in their poo. Without them, the already depleted forests are even less likely to survive or regenerate.

“They also exhibit complex and interesting social behaviours, comparable to primate social behaviours, but this has yet to be studied in most bats. Saving the captive populations will allow for the study of this behaviour and further our understanding of bat social dynamics as a whole.

“We can make a real difference with this project. It is imperative for the survival of this species that we succeed.”

In the early 90s, 17 bats were taken into captivity as a safeguard against extinction and there are now 71 bats living at Bristol Zoo and Jersey Zoo.

Sarah is funding her own studies, but has launched a crowdfunding campaign to raise the $10,000 (£7,500) needed specifically to create a genetic family tree for the captive populations of this species.

As well as helping to prevent inbreeding and enabling the assessment of hereditary disease, this study will allow a comparison of captive and wild genetics which will ultimately shape the management of this species going forwards.

The PhD student plans to publish her work throughout the process and has until February 2 to raise the final amount. To find out more or donate, visit: www.experiment.com/projects/a-bat-on-the-brink-building-family-trees-in-the-critically-endangered-livingstone-s-fruit-bat-pteropus-livingstonii