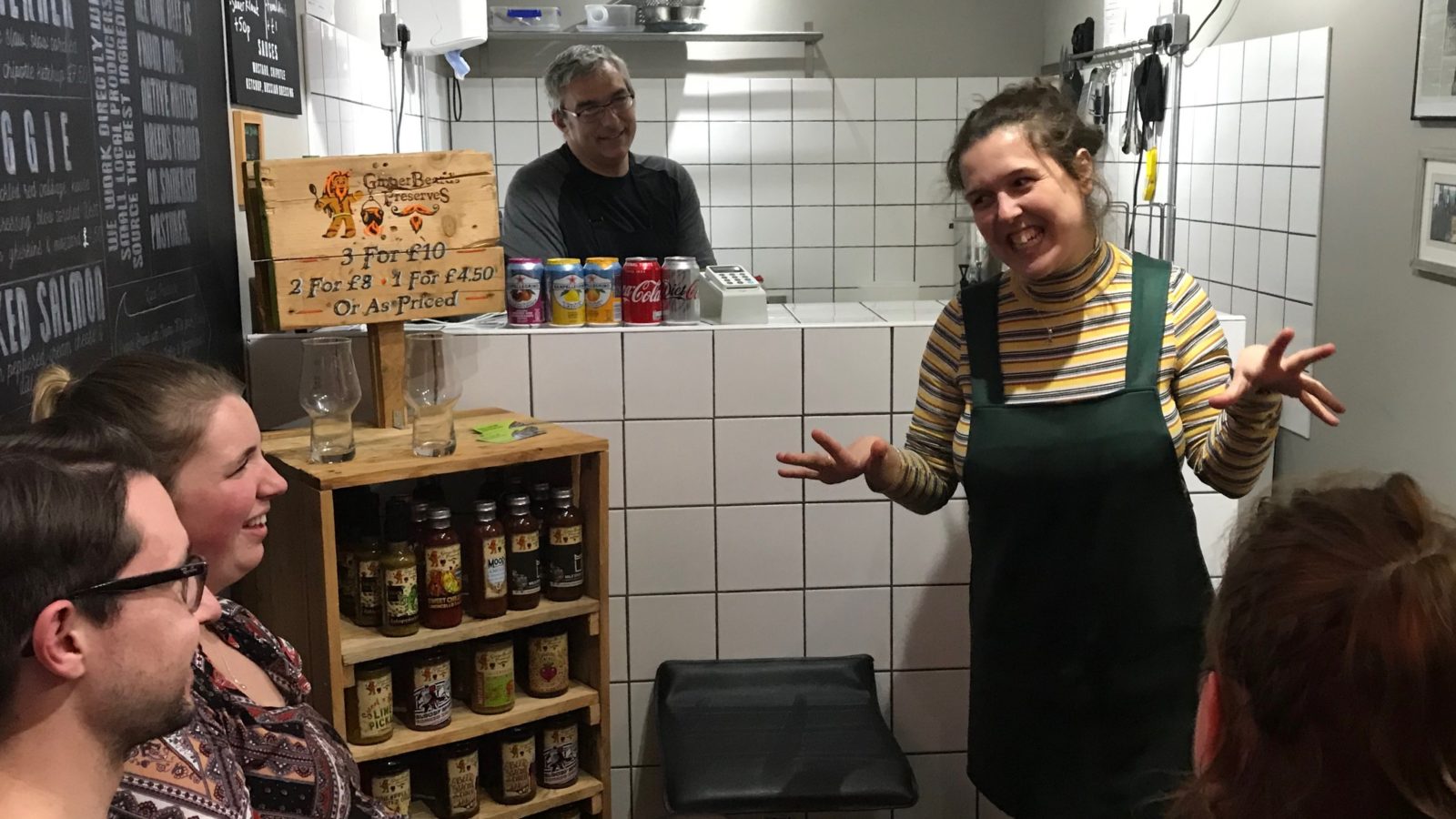 Comedians huddled together in the cold outside converted shipping containers on Tuesday evening, swapping stories about the shows they had performed so far in some of the smallest restaurants and cafes in Bristol.

Inside The Pickled Brisket, a unanimous decision was made by the seven audience members to postpone the start of proceedings until the eighth audience member had returned from the toilet.

When she returned, compere Morgan Rees crouched down behind the counter in order to be introduced by Pickled Brisket co-owner Robin Slater, fresh from preparing delicious salt beef sandwiches for the hungry crowd inside his restaurant.

The second annual Belly Laughs event has once again been put together by Bristol comedian Mark Olver.

He put in calls to his enviable contacts book of comedians – including big names such as Josh Widdicombe, performing new material at B Block in Keynsham on Wednesday night – who did not need too much persuading to take part.

What began as an idea to generate much-needed cash for hospitality businesses in the lean month of January has now transformed into a way to do that as well as raise money for the Julian Trust night shelter in St Paul’s.

On Tuesday, Wild Beer were also collecting donations of sanitary pads and tampons on behalf of the The Red Box Project, giving anyone donating a third of their Bibble beer.

“On paper, Belly Laughs seems too ridiculous to pull off,” said Tessa Lidstone, co-owner of Box-E in Cargo 1 in Wapping Wharf, which on Tuesday night also hosted a Belly Laughs event.

“But if you can put a restaurant in a shipping container then you can put a comedy gig in one too, especially if you are working with someone so enthusiastic as Mark.

“We are incredibly lucky to have so many lovely customers who say ‘yes please’ to the most random events and are very proud to have sent another £581.35 to the Julian Trust.” 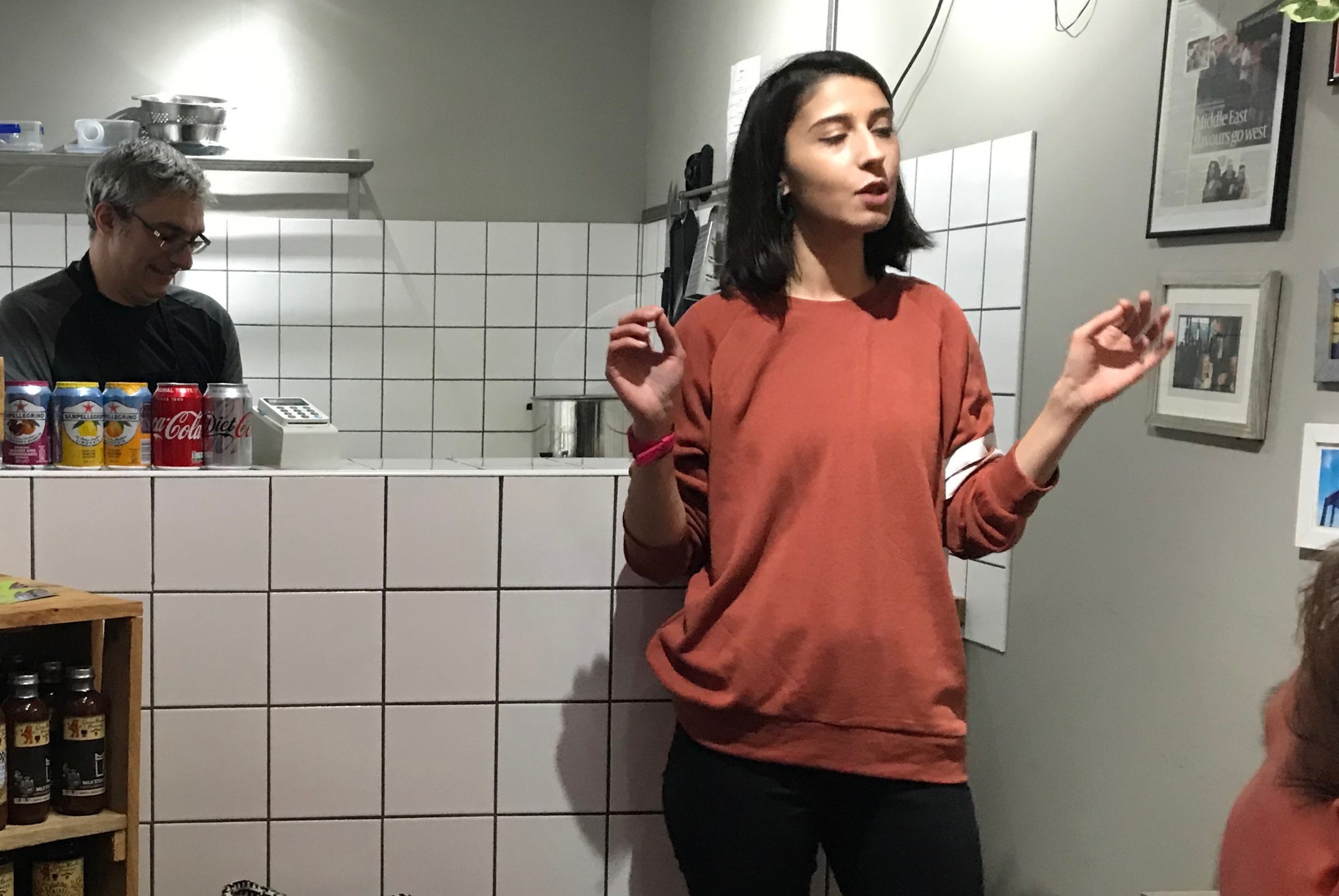 Priya Hall: “This is such a small room that I feel like I’m in therapy”

Back in The Pickled Brisket on Tuesday, comedians rotated thick and fast through the sliding doors.

With steamed-up glasses thanks to the cold outside, Louise Leigh swiftly warmed up once inside with her tales of middle-class domesticity, and the relative merits of Bishopston versus Henleaze.

“You guys can probably tell by the way that I talk that I like an organic vegetable delivery,” she said.

The acts did not perform for more than 10 minutes each, with Jarred Christmas telling us about his calorie-counting app and riffing wonderfully about the items in a traditional English breakfast (“An all-day breakfast sandwich? That is bullshit!”).

The hilariously over-sharing Priya Hall opened up about her weird mum who she compared to Voldemart, comparing the gig itself to a therapy session.

The best was saved until last, however, with Richard James telling us about local news from his hometown of Plymouth and reminiscing about a particularly memorable pub quiz, before Rosie Jones brought the proverbial house down with her tales of cerebral palsy, spelling and sexuality.

“At some point you are going to think to yourself, ‘I have not got a bloody clue what she just said’,” she told the audience, who included Rees squeezed into one corner by the door.

“What I need you to do is assume it’s funny.” 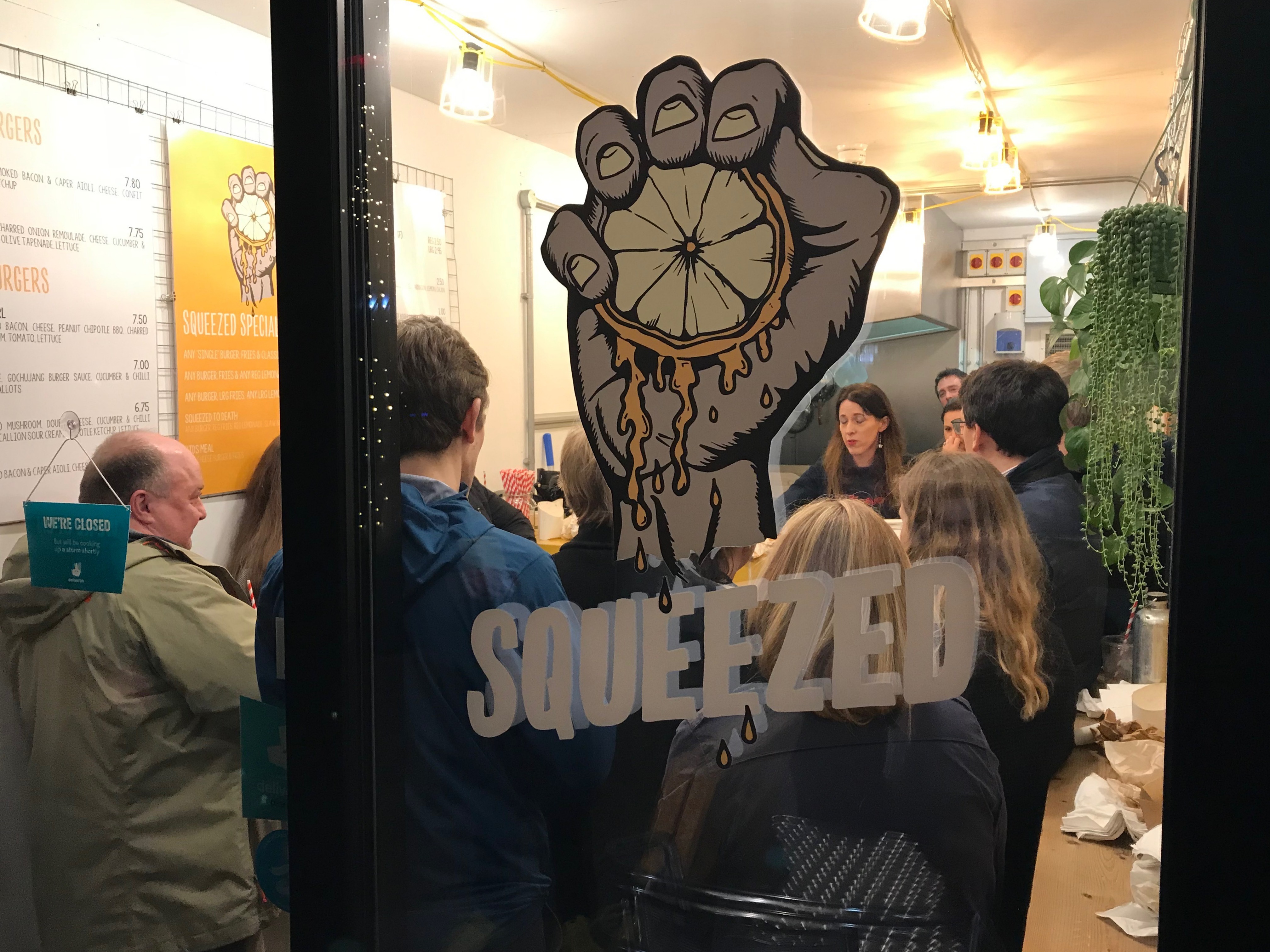 Looking back the morning after the night before, Olver said he was “knackered”.

“It was amazing,” he said. “Having so many of my comedian friends around was brilliant. All the venues were great. I’m a bit annoyed that because I had to work I didn’t get the chance to see some of the venues in action.

“I imagine seeing Rosie and Pierre and Jarred and Charlie and Stuart and Sally and all those brilliant local acts in Squeezed and Gopal’s and Pickled Brisket would have been something else!”

He added: “It’s so exciting and I’m both dreading and incredibly excited about next year. But I’ve still got ten gigs left to do by the end of January.”

Read more: Rosie Jones: ‘The show explores who I would be if I were able-bodied’