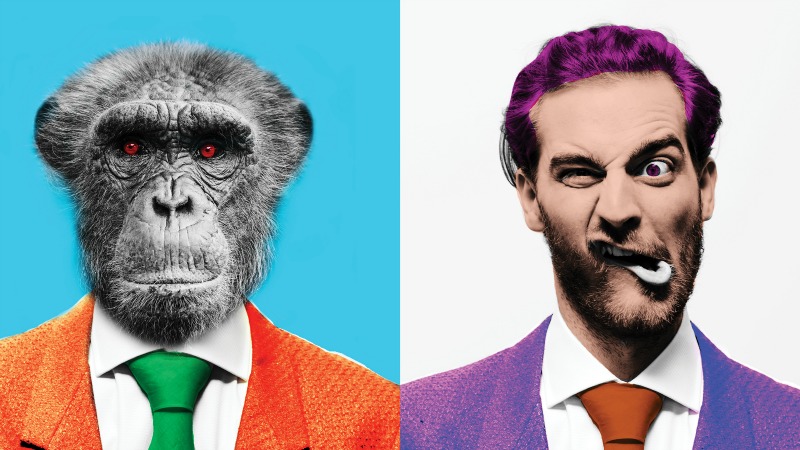 Marius von Mayenburg’s modern satire pinpoints the frivolity and danger in society’s obsession with physical beauty. The audience is launched with some considerable force into a world of dangerous narcissism where faces are a marketable commodity that can be bought and sold.

Set in a dystopian office where one’s face is more of a product than anything, The Ugly One aggressively confronts our obsession with physical beauty and the superficiality of mass culture. After the realisation that his physical appearance is holding him back at work and at home, Lette – a man so ugly that even his own wife can only look him in one eye – decides to undergo plastic surgery to remedy his ‘unacceptable’ face.

The success of his new face is short-lived, as soon enough it is being copied throughout society and Lette realises the fragility and fickleness of an obsession with physical beauty. This dark and disturbing play brilliantly captures and critiques the brittle modern-day concept that one’s face can itself be a product. Elements here remind one of Frankenstein’s monster – the creation of something beautiful that is turned evil through societal transgression.

Part of Bristol Old Vic Theatre School’s 2016 Directors’ Cuts season of modern plays performed, staged and directed by graduating BOVTS students, this production puts The Ugly One’s messages across sharply. The audience has witnessed the downfall of a man who has given in to the evils of materialistic society – and has been betrayed by the people he trusted.

Will Kelly’s befuddled Lette is complemented by strong performances from Josh Finan as his pompous boss (as well as the opportunistic plastic surgeon who performs the symbolic surgery). Lily Donovan is both terrifying and hilarious as the wealthy elderly woman who persuades the new-look Lette to cheat on his wife (also played by Donovan), and who moves on to numerous affairs with Lette lookalikes, rendering him obsolete. Finally, Jac Baylis manages both a disgruntled employee and Donovan’s incestuous son – both characters overshadowed by more attractive rivals – very well.

The Ugly One is a dark, sharp, witty social satire worthy of Charlie Brooker’s Black Mirror. Under Sarah Bradley’s direction, the strong BOVTS cast captures both the plot’s comic satire and its darker message.

The Ugly One was at the Alma Tavern, Bristol from Tue 26-Sat 30 Apr. The Directors’ Cuts season continues with Swallow (Tue 3-Sat 7 May), The Human Ear (Tue 10-Sat 14 May) and Never Swim Alone (Tue 17-Sat 21 May). For more info and to book tickets, visit www.oldvic.ac.uk/whats-on.html