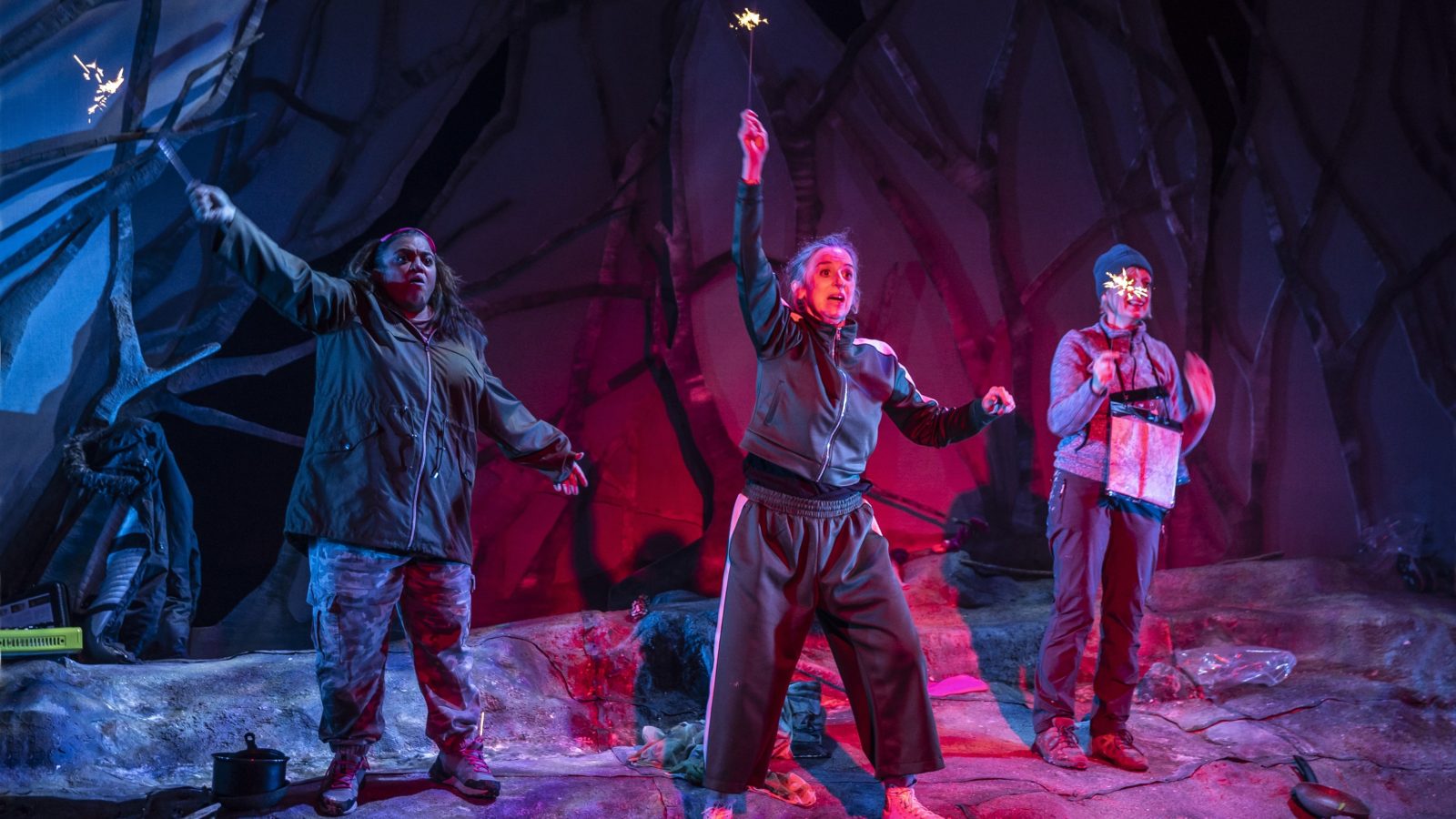 “I’m still angry! How is it allowed that a man gets to write such a narky, denigrating play about women, and it gets shown? In this day and age?!” This was the on-waking-up reaction of the – usually very reasonable – friend I took with me to last night’s press night.

Sheila’s Island is a new-ish comedy from the award-winning writer of Calendar Girls (and so much more), a stalwart of Britain’s stage and film world: Tim Firth. It’s his old play Neville’s Island, reimagined for an all-female cast. In the countryside. Up north.

This ought to be a winner. Right? But its exciting potential isn’t just wasted; before it reaches the audience, it’s been digested through the guts of a panel of bad TV comedy producers from 1974.

I’ve no doubt Sheila’s Island will be a commercial success; like a couple of shows I have reviewed here since the pandemic, its big names guarantee ticket sales. But when you don’t deliver on your promise, you harm all of us in theatre, because – in straightened times especially – most people can’t afford this kind of a night out. Even in Bath. Putting on this show was a shoddy decision by all involved.

First up, a positive. The excellent Abigail Thaw had to be replaced in the role of Denise by understudy Tracy Collier. She was superb. Full congratulations to her and the rest of the cast – we would never have known she hadn’t been in-role for weeks. And Sara Crowe (Fay) was a pleasure to watch, bringing heart to her character – and relief to the audience. 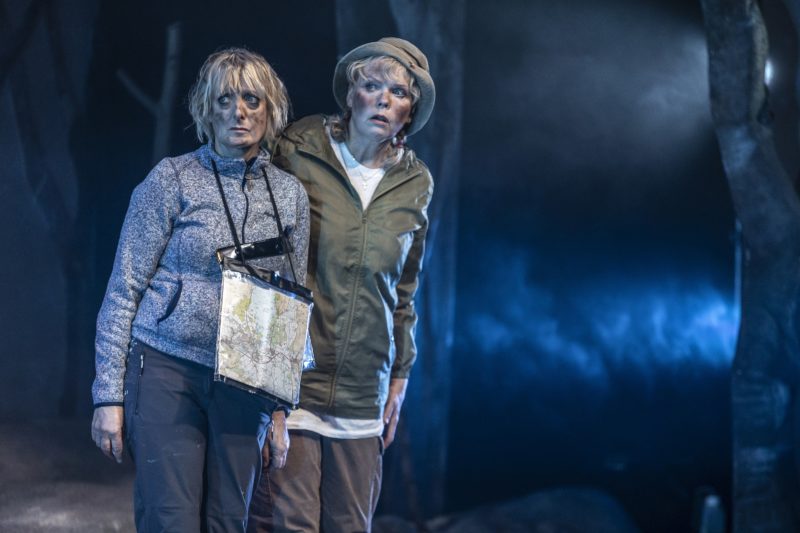 Here’s the story. Four women – a bitchy cynic (Denise, played by Tracey Collier, as above), a gadget-needy wheedler (Julie, played by Rina Fatania), an out-of-her-depth team leader (Sheila; Judy Flynn) and a post-breakdown Christian bird-lover (Fay; Sarah Crowe) – are on a work team-building retreat. They get themselves stuck on an island and can’t work out how to survive.

Their flaws play large, and they annoy each other (and us) with their one-tone stereotypical behaviours and go-nowhere back stories. The nicest of the lot – Fay – then falls prey to her mental health problems and kills a rare bird for everyone to eat, after everyone thinks she’s going to kill herself a few times (although they don’t rush off to save her). Spoiler alert – they are going to get rescued. 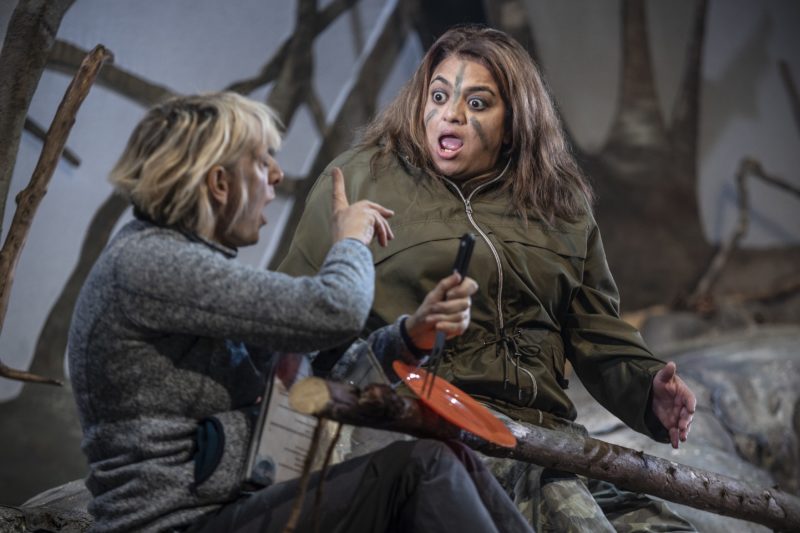 Well done to the cast for pushing on with a script that would fail the first-read stage in many an amateur writers’ competition. Jon Nicholls’ sound design, Phil Anderson’s lights, Liz Cooke’s costume and set are all good.

I wish I could say more good things. But this script has a tin-ear for 2022: stupid, one-dimensional women who can’t rub two brain-cells together; almost constant abuse of Christians and people with mental health struggles (for laughs), and making comedy out of a fear that one character will kill herself.

It doesn’t make it ok just because the lines are delivered by women. I despair at having to write that this play is an old-fashioned insult. I shouldn’t have to. But the experience was like having to listen to a man say, “well, like my mother says, women are just silly…” for two hours. If I wasn’t reviewing it, I would have walked out. And in over 10 years reviewing, that is a first.

Sheila’s Island is at Theatre Royal Bath from May 10-14 at 7.30pm, with 2.30pm matinee shows on Wednesday and Saturday. Tickets are available at www.theatreroyal.org.uk.

Listen to the latest Bristol 24/7 Behind the Headlines podcast: