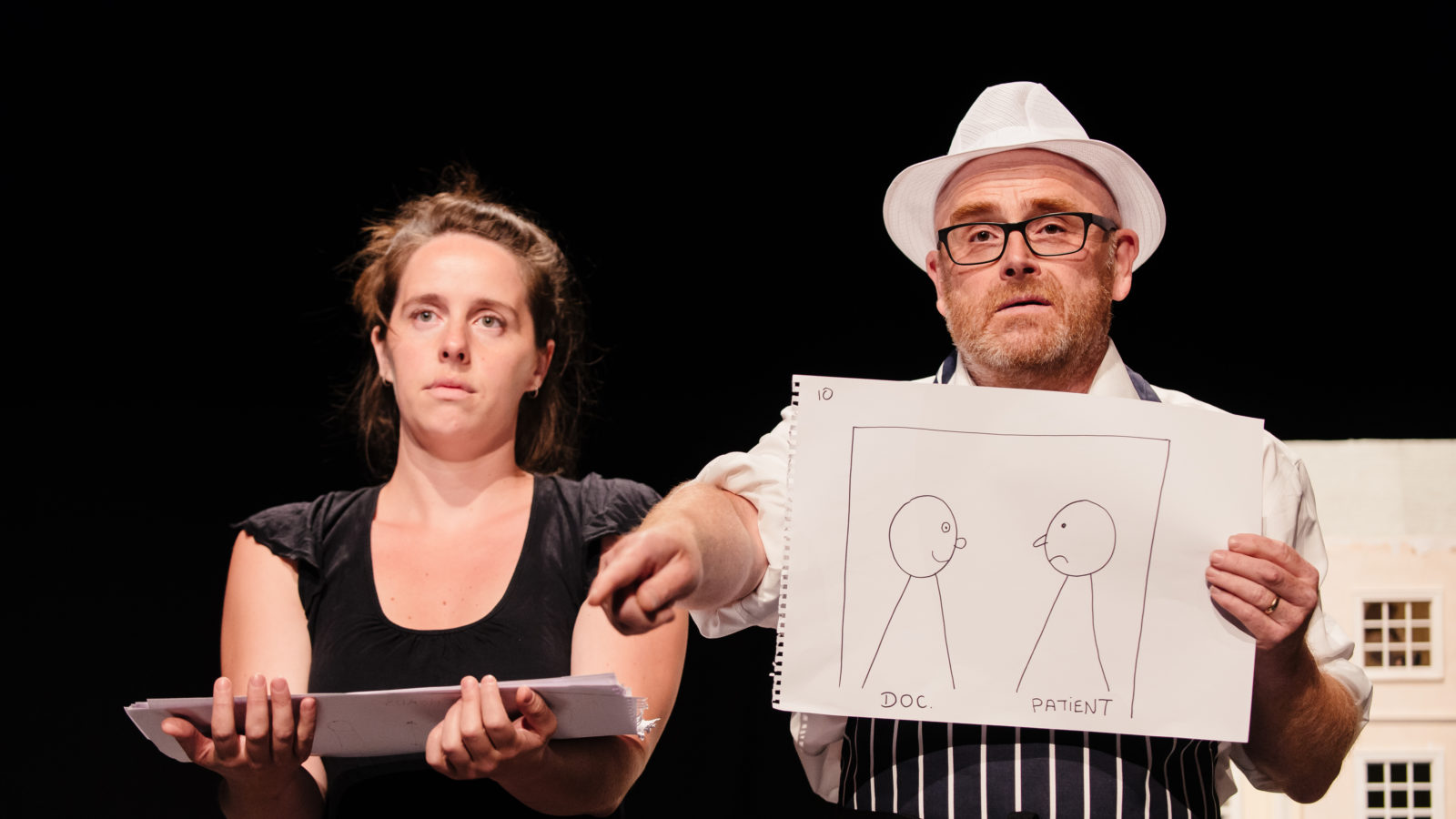 A Little Death is a compact masterpiece of storytelling that unfolds again and again like origami. The fictional elements of the play itself seem to nest within a frame of more straight-to-audience delivery, only for the lines between the earnest bits and the nostalgic puppet skits to blur and eventually collapse into a genre-bending layer cake that Paul Auster would be proud of.

This is not to suggest that any hommage to postmodern fiction comes at the expense of accessibility here. Indeed, the opening 20 minutes are characterised more by the DIY musical hall electronics of John Shuttleworth and Victoria Wood’s gift for lewd middle-aged comedy, than any sense that the boundaries between the fictional and the real were about to disintegrate. 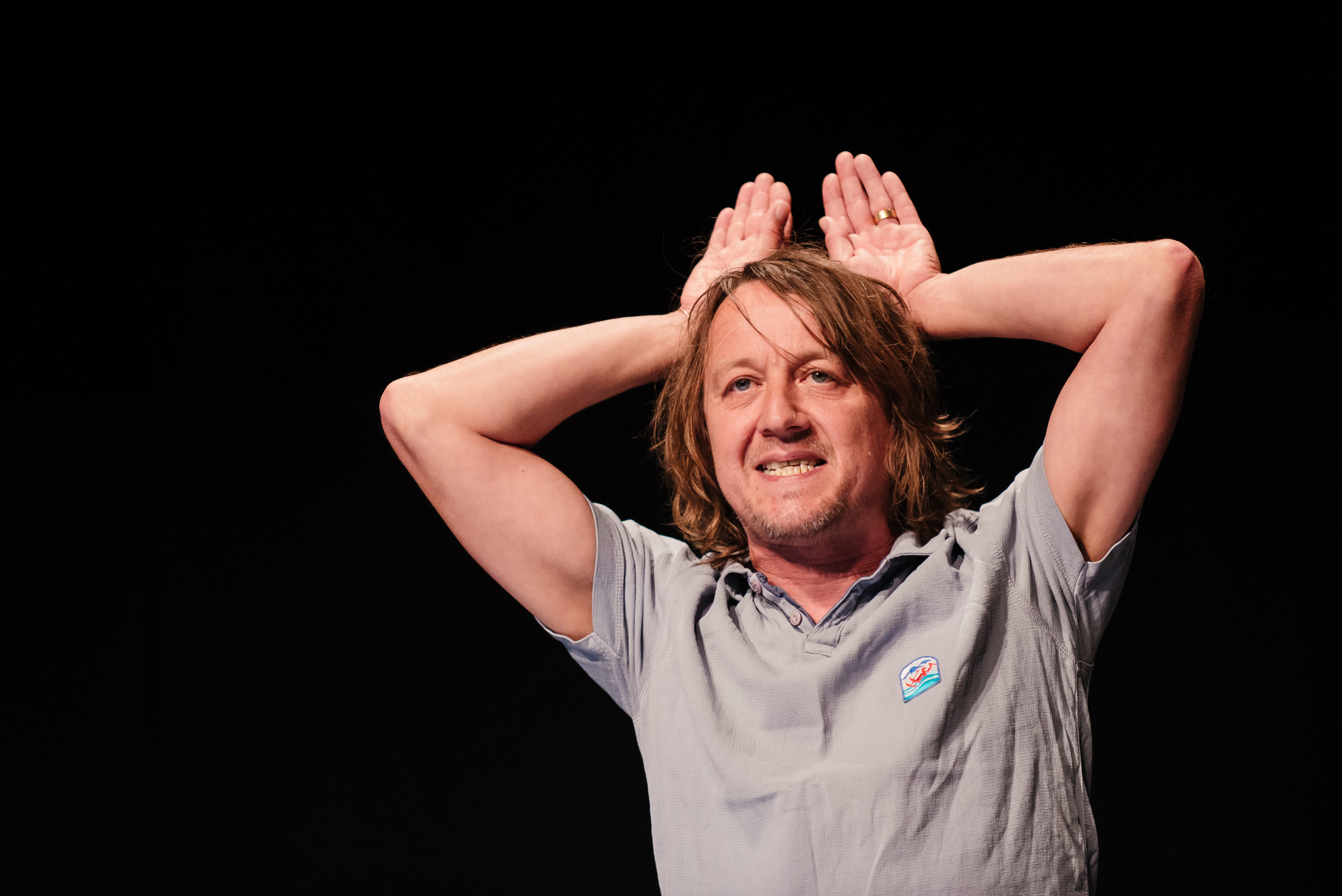 Nonetheless, although at first I just put it down to feeling tired and emotional after a bad night’s sleep and a long day at work, there was undeniably an unsettling sense of loneliness created by watching a grown man carefully interact with the twee doll’s house that comprised the set.

This growing feeling of isolation belies the ostensible safety of protagonist William Williams’ preoccupation with the minutiae of domestic existence: the bathtub, the little curtains, Dad’s stories.

Vic Llewellyn is a very effective performer, and he uses the one-man show format and some exquisitely crafted props to create an intimate relationship with the audience. The emotional range of the performance builds over the narrative arc of course, but more than being simply forced by a linear process of storytelling, it emerges organically as we continuously reappraise the depths behind the vignettes and songs that are being shared. It speaks to a melancholic energy that is full of vulnerability and humanity – and it made me cry. 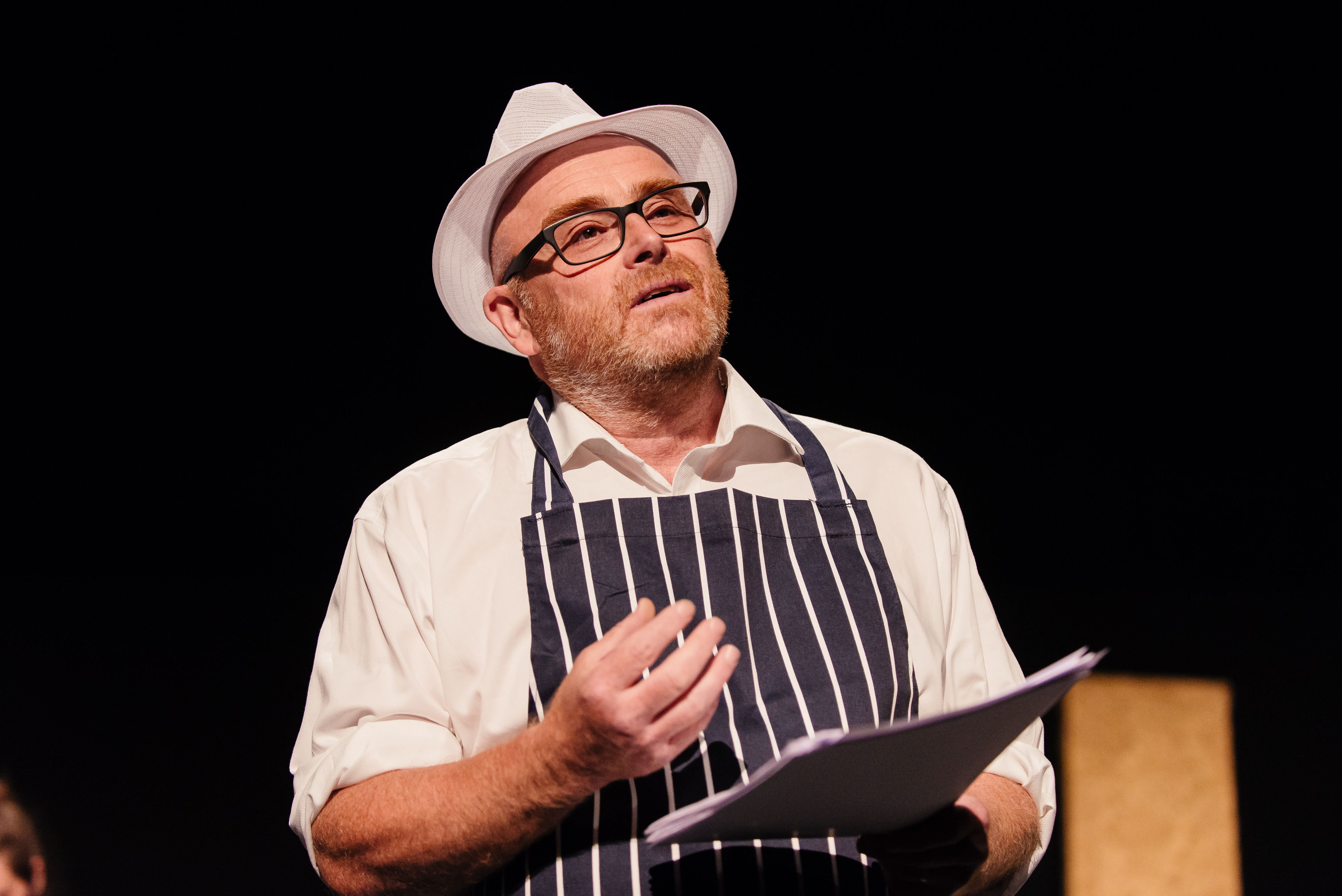 I’ll finish on an important technical note. This was the first play that I’ve seen at Bristol Old Vic’s new Weston Studio, and the setting undoubtedly contributed to the quality of the show. Particular props to the sound system, which at the crucial moment delivered a powerful bass that I felt through my body without ever losing clarity and balance across the rest of the tonal range.

Such details are easy to overlook, but to my mind noticing the high quality craft that had clearly gone into the production of A Little Death felt like evidence of care – as an audience it was like we were on the receiving a personal and empathetic gift. It was a privilege to have Vic Llewellyn’s story shared with us.