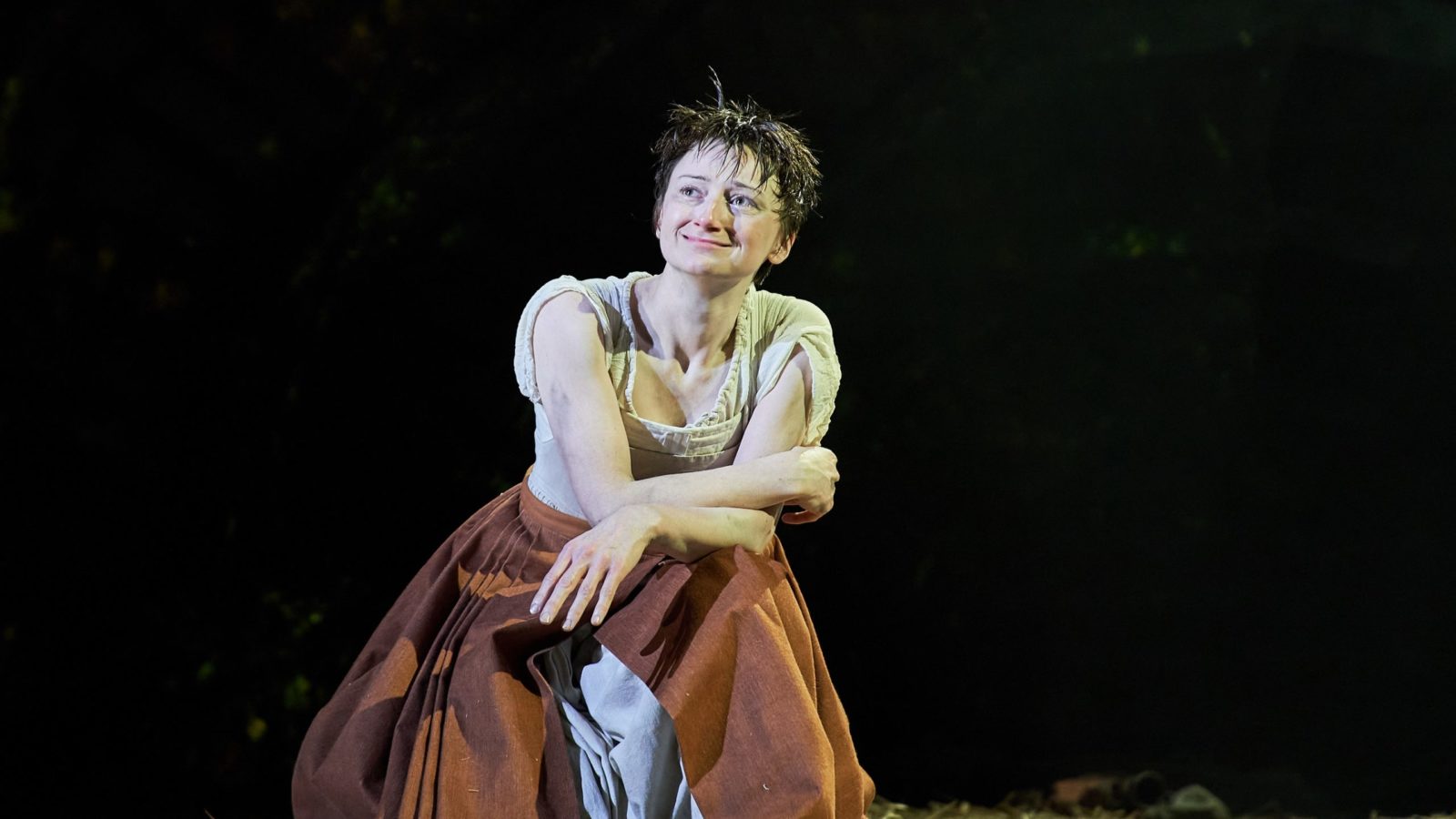 “My name is Johanna Faustus. I was born almost four hundred years ago. I gave my soul to achieve the impossible.

“I watched this city grow sick and I swore to heal it. I might be damned, but I would save the world to spite the Devil.”

In Headlong’s radical retelling of the Faustus myth, which comes to Bristol Old Vic from March 10-21, one woman makes the ultimate sacrifice – selling her soul in order to change the course of history. But can she now escape eternal damnation?

An adaptation of the Faust story by Chris Bush, Headlong’s Faustus: That Damned Woman features, strikingly, a female Faust.

“Jodie McNee’s incandescent performance, every word striking sparks, resembles a flaming torch,” said The Telegraph in praise of Jodie McNee’s performance as a female Faustus. We grabbed Jodie for a few insights about the production, the world of Headlong… and being the first female Faust.

So, Jodie, Tell us about Chris’ decision to recast Faustus as a woman. What do you feel it has added to the story / what different reflections does it produce?
I think Chris’s choice to tell the story from a female perspective is so vital, particularly when exploring what it’s like to have power as a woman who has no opportunity, no power, no voice… and whose mother was hung for witchcraft.

Therefore, instead of Faust being thirsty only for knowledge and power, she is also thirsty for justice and vengeance. Her mission becomes clear to her as the play unfolds, and we see somebody trying to use their power to change things for the better, trying to use the devil for good. 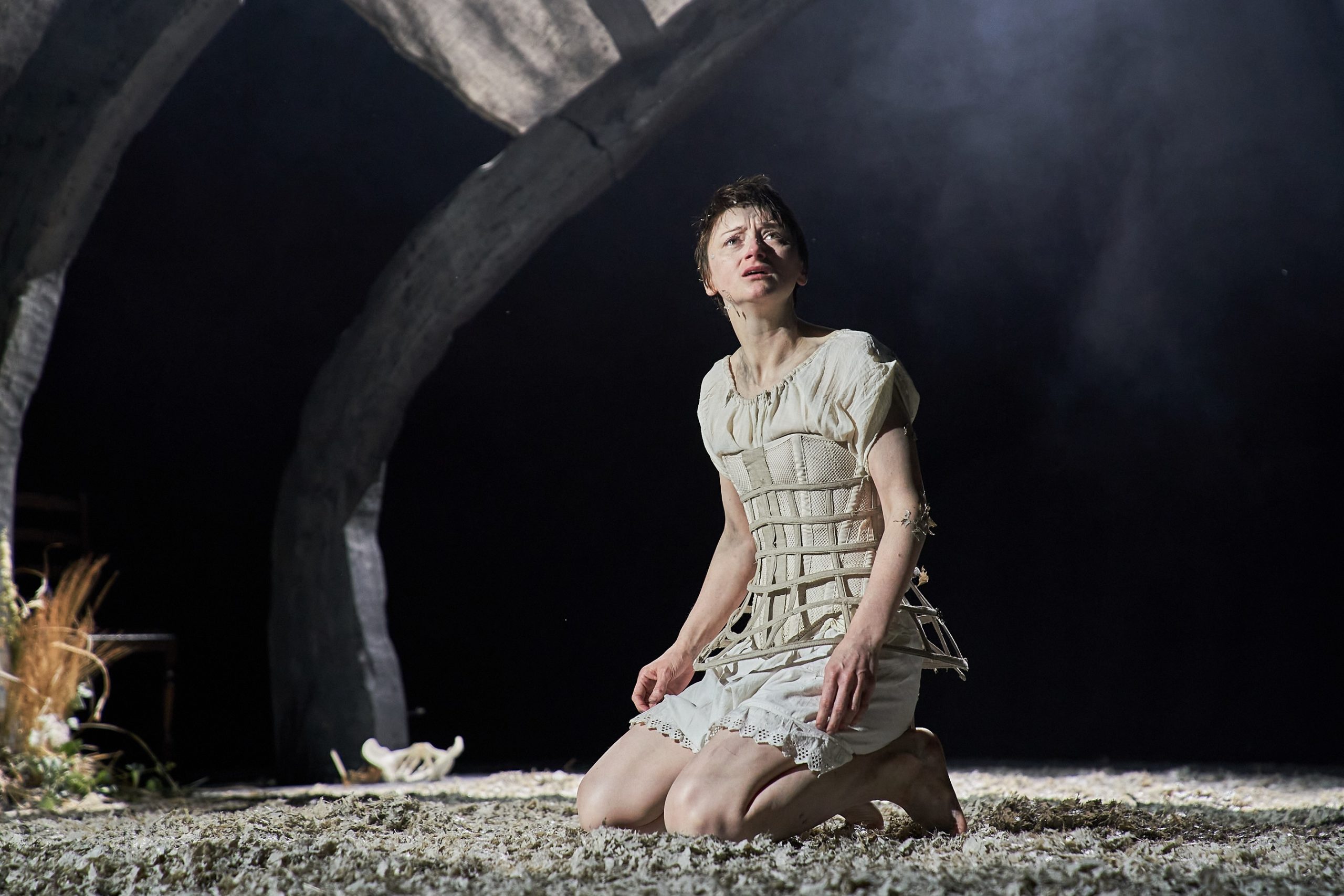 How was the rehearsal process – is there a certain Headlong way of doing things?
The rehearsal process was really creative. Caroline is an artist; she puts her whole self into the project and we found a real sisterhood creating this together. We would start most days with an amazing Shelly Maxwell work out and a movement session, then dive into the scenes. 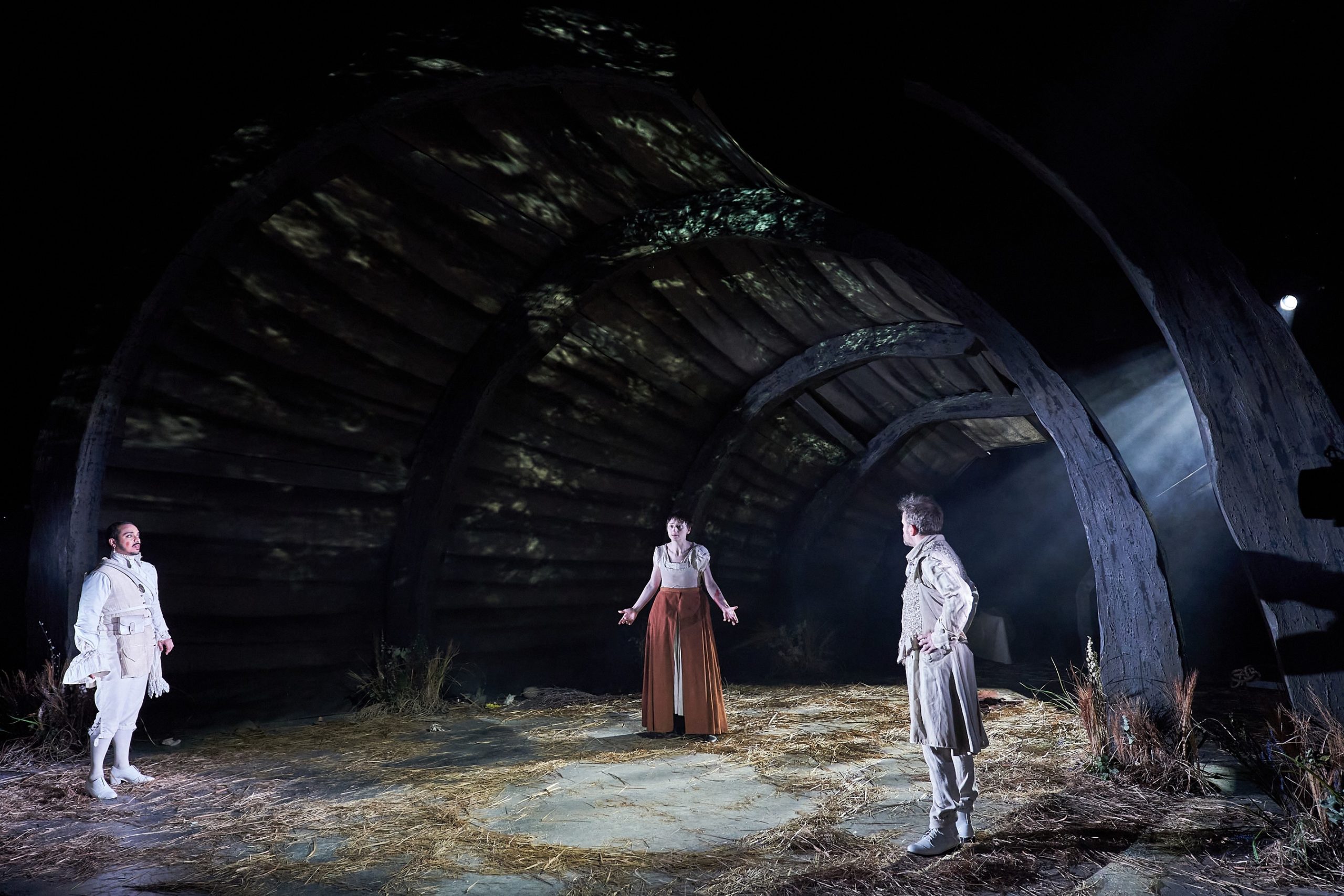 Different versions of the Faust story have the protagonist using his pact with the devil for different ends (practical jokes in Marlowe’s; seduction, in Goethe’s, etcetera). How does your Faustus use her power? And, in so doing, how much of a sympathetic character is she?
Chris has written a complex person – she is selfish and arrogant and impatient. She is violent at times and angry, but all of her actions come from trying to make sense of her mother being hanged for witchcraft.

Her pain and suffering come from that, and she has a deep need to save her mother – and that leads to a need to save humanity: to be more, to do good whilst attempting to be great. 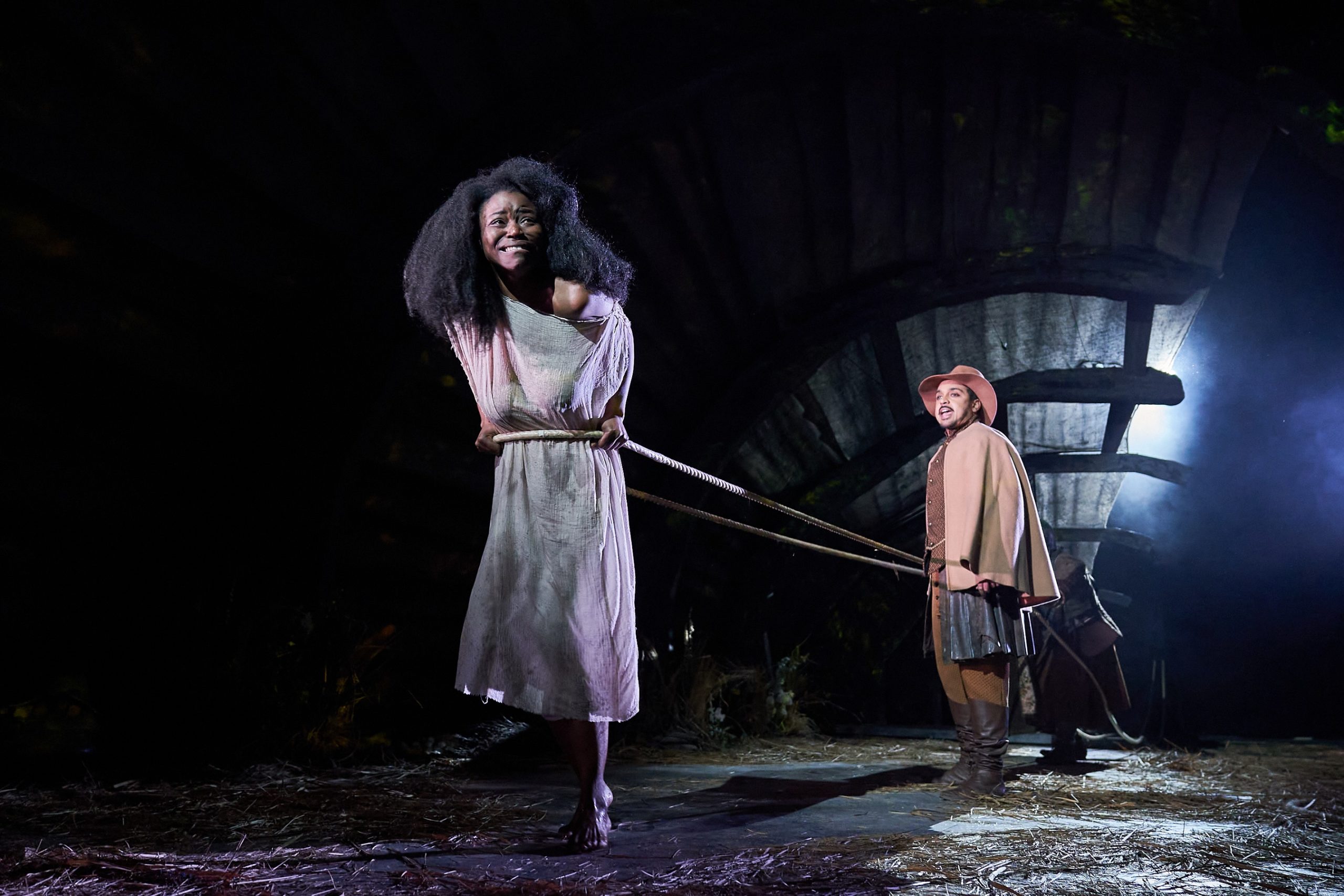 What do you think are the story’s emotional and intellectual thrusts – what is it reflecting on, about humanity, knowledge, good and evil, our place on this earth, etc?
Chris is exploring so many themes in this play. For me one of the most vital is: how do we transform pain/trauma into something useful. How can we try to use power for the betterment of humanity?

Faustus attempts to do good with her damnation. She uses the devil’s rules against him – she is stubborn, she won’t give up and even when she fails she keeps going.

What do you hope to send audiences away thinking and feeling?
I think the play is ultimately about hope over despair, but that’s not for me to decide. I just want people to experience it fully.