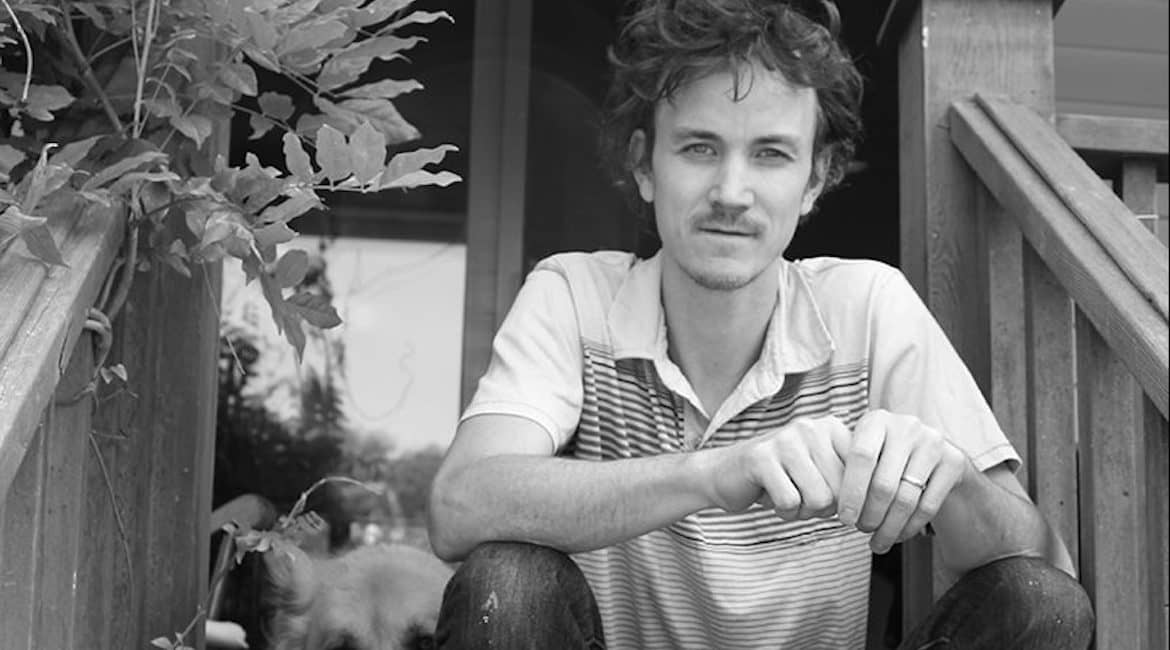 There is something eerie in the air as Thekla’s stage looks so bare; in the dark, we can only discern an amp and a guitar. First to perform this evening is Ruarri Joseph from William the Conqueror, deserted by his Cornish band members who couldn’t make it tonight. They have recorded their debut LP Proud Disturber of the Peace with Loose Records, the same label as Sturgill Simpson and they have performed at the UK Americana Awards 2017.

Performing solo suits him though and he makes the most of it tonight with a staggering performance. He tells us stories that we can relate to with a singular voice and crafty guitar skills, surfing between one genre to the other until the lines separating them are completely blurred. The song Pedestals stands out with wit, poetry and power. A great artist and band to keep an eye on.

Ian Felice is known as the lead singer and songwriter of The Felice Brothers, a role he has taken on for over a decade. His show tonight is part of a tour promoting his first solo album, In The Kingdom of Dreams, released in August this year. Far from his band and his brothers, it is just him on stage and there are no boundaries between the crowd and his electric guitar and fragile voice. The set reflects what the album is about: rawness, impolitically-correctness, poetic strides and nonconformist compositions.

There is a powerful aura emanating from Felice and the whole of Thekla is hanging onto his every word. It starts with Water Street on which Ian’s voice placidly explores the theme of parenthood and the triviality of daily life on a lulling guitar that sounds like drops of rain. 21st century is another gem from his new album, written on the on evening of the US election. With a Dylanesque twang in his voice, he brilliantly mixes fiction and reality and finds the perfect balance between humour and sharpness. He also performs In the Final Reckoning, a particularly captivating number on which his poetry skills are enhanced by a smart musical arrangement.

The transfixed crowd is content when Ian integrates some The Felice Brother’s songs to his set such as the nostalgic Wonderful Life, the anguished Jack at the Asylum and the rock’n’roll Plunder. He pretends to be his brother for a wild guitar solo and his incredible presence makes the audience forget that he is alone on stage. The final touch is the encore Ballad of Lou the Welterweight on which the crowd joins him for a singalong before the curtains fall. The end of the show feels like a return to reality after an absurd yet relatable dream. “I don’t like the moon when it’s a blood red balloon, in this kingdom of dreams…”